Tomb of the Scipios – Underground Rome

Tomb of the Scipios, the cemetery of the patrician family who drived Rome along the Republic age 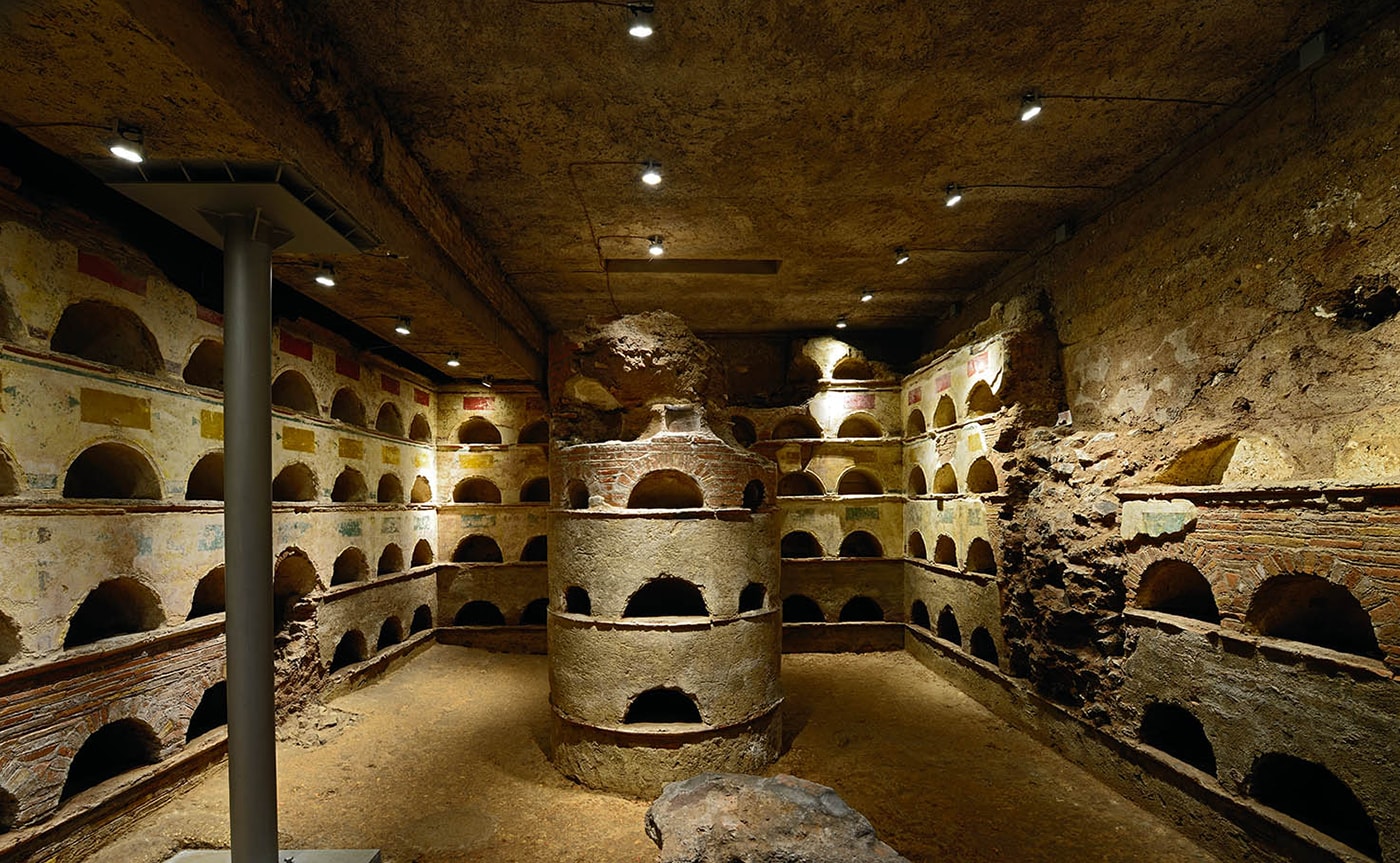 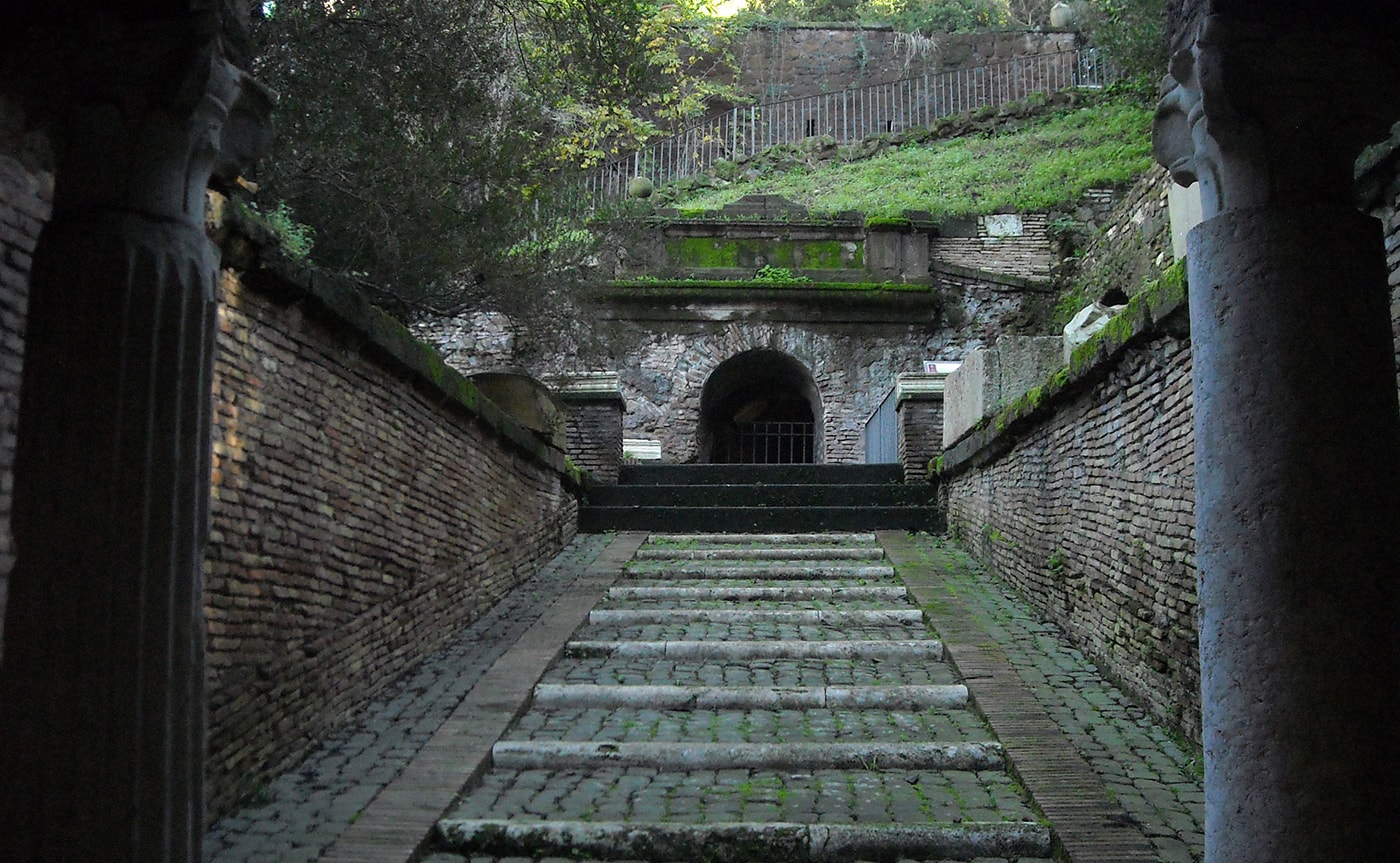 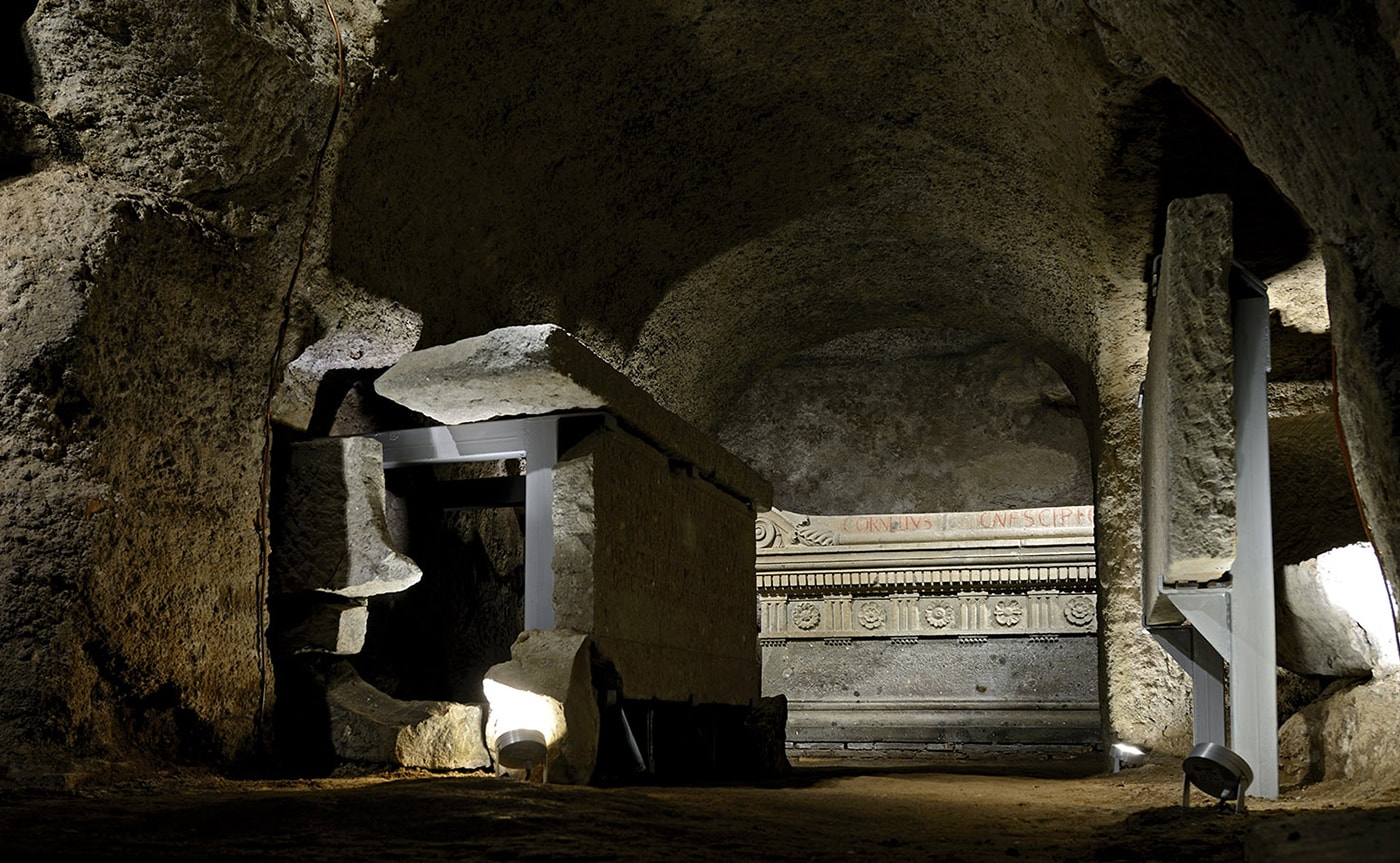 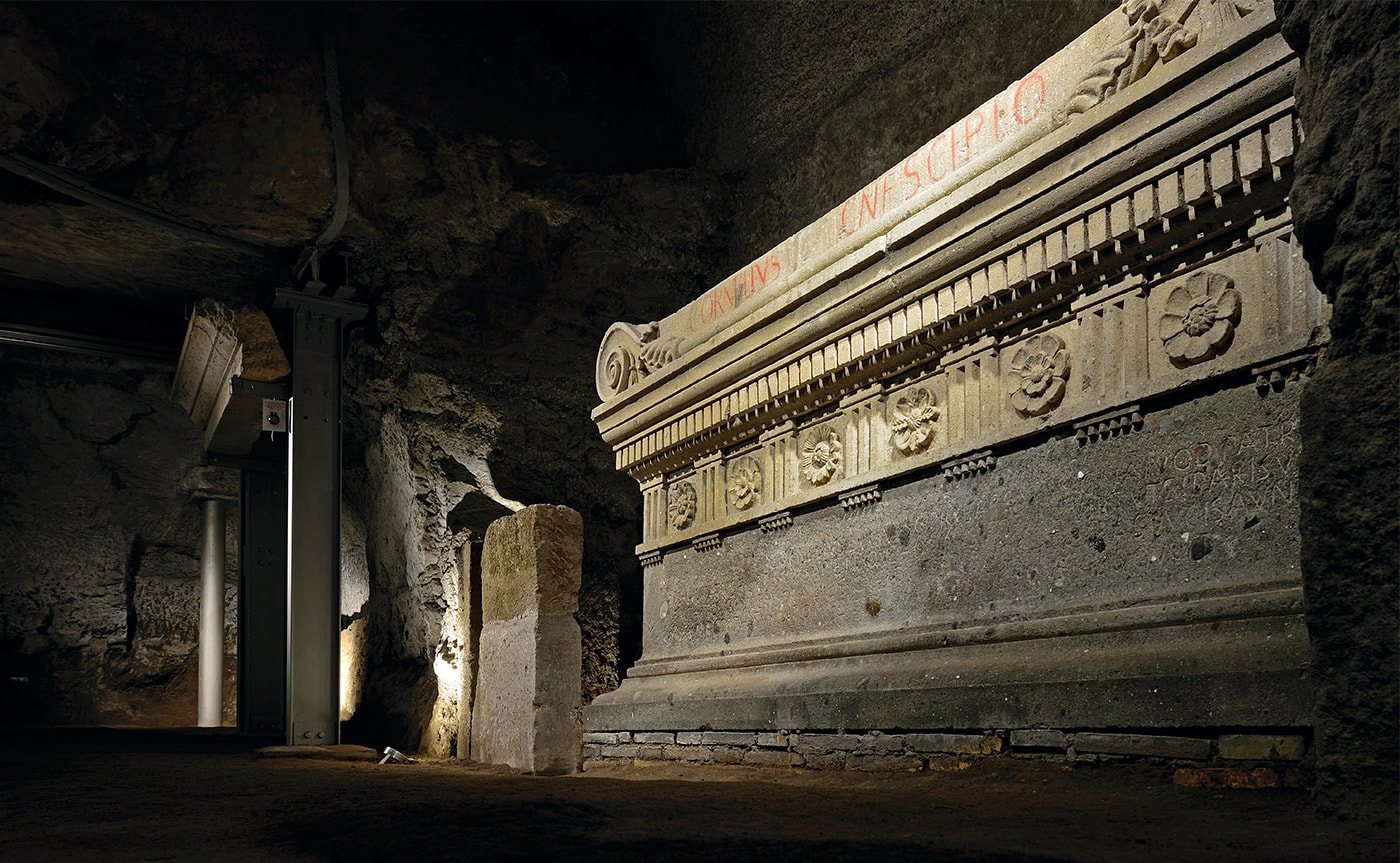 Scipio, a name that echoes in eternity. Discover with us the Tomb of the Scipios

On the Via Appia Antica, a few hundred meters away from the door of San Sebastian, one of the greatest archaeological findings of the Roman Republic is located: the Tomb of the Scipios.

Discovered in 1614 the tomb of the Scipios became a regular destination for scholars and visitors.  At the beginning of the III century B.C. the founder of the illustrious Scipioni family, Lucius Cornelius Scipio Barbato, consul of 298 BC, began the construction of a monumental tomb for his gens. The choice to place the funeral building at a short distance from the Via Appia indicated a precise political orientation. The Appian Way was inaugurated in 312 B.C. with the aim of facilitating and supporting the expansion of the dominion of Rome in southern Italy.

The monument, dug in the same tuff of the hill, has a nearly square plant. With four large pillars dividing it into six galleries: four flanking the sides and two crossing the center. Still barely visible are the paintings that embellished the basement, from which it was accessed the hypogea containing the tombs. Here we cab see three overlapping layers, with military scenes barely recognizable in the oldest, datable between the second century. BC and the beginning of the first century, when, as we know from Cicero, the deposition ceased.

The inscriptions, appropriately compared with the literary testimonies, allow to reconstruct with a certain precision the history of the tomb. It does not date back to the fourth century. B.C., as someone wanted to believe, but, given above all the importance of the location of the sarcophagus belonging to Scipione Barbato (consul in 98) it is possible to place the date of the tomb at the beginning of the III century. BC, probably when Scipio Barbato was still alive.

Escape Room     ​   All the best escape rooms in Italy. Choice a style and take on the challenge     Highlights and what's...
Go to the Tour

Academy Gallery Museum   The best venetians artists of the past all togheterHighlights and what's included Half Day     Venice Academy Gallery All...
Go to the Tour

Hypogeum of Via Livenza – Underground

Clay Sculpture Workshop     You will be guided by a passionate and experienced teacher in an incredible adventure, enjoy this Clay Sculpture...
Go to the Tour

Florence out of the town: ride in a hot-air balloon at dawn with breakfast and wine tasting     If you've always thought Chianti was a beautiful...
Go to the Tour

Verona Walking Tour   "Two households, both alike in dignity, In fair Verona, where we lay our scene...." - William ShakespeareHighlights and what's...
Go to the Tour

The Passion of the Christ tour

The Passion of the Christ tour Jesus Christ: Take this and drink. This is my blood, spilled for you and for many. Do this in memory of me....
Go to the Tour

Relax on the beach – Rome   Near Rome, a sandy and relaxing beach and amazing sunsets Highlights and what's included Visit Accessible website...
Go to the Tour