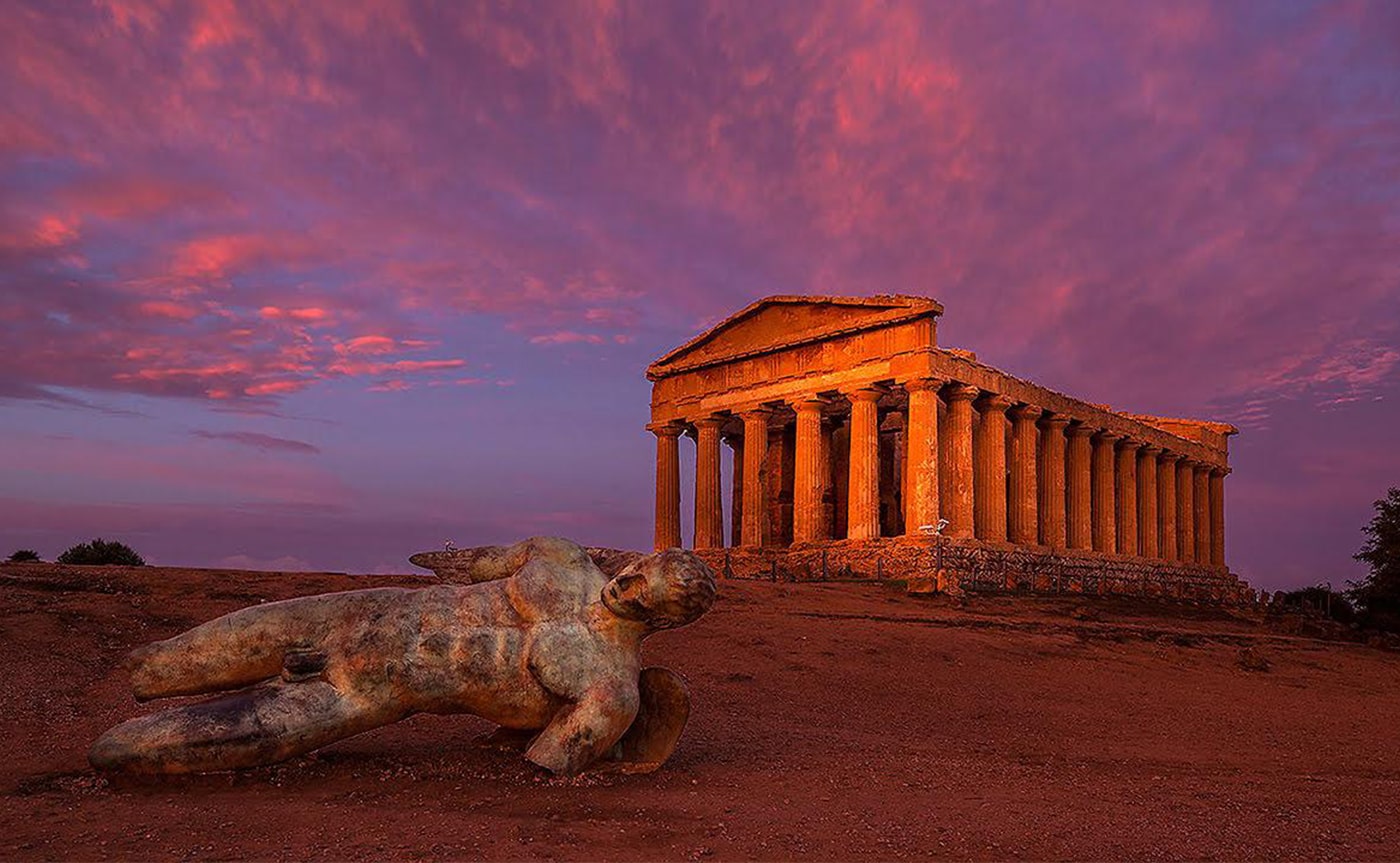 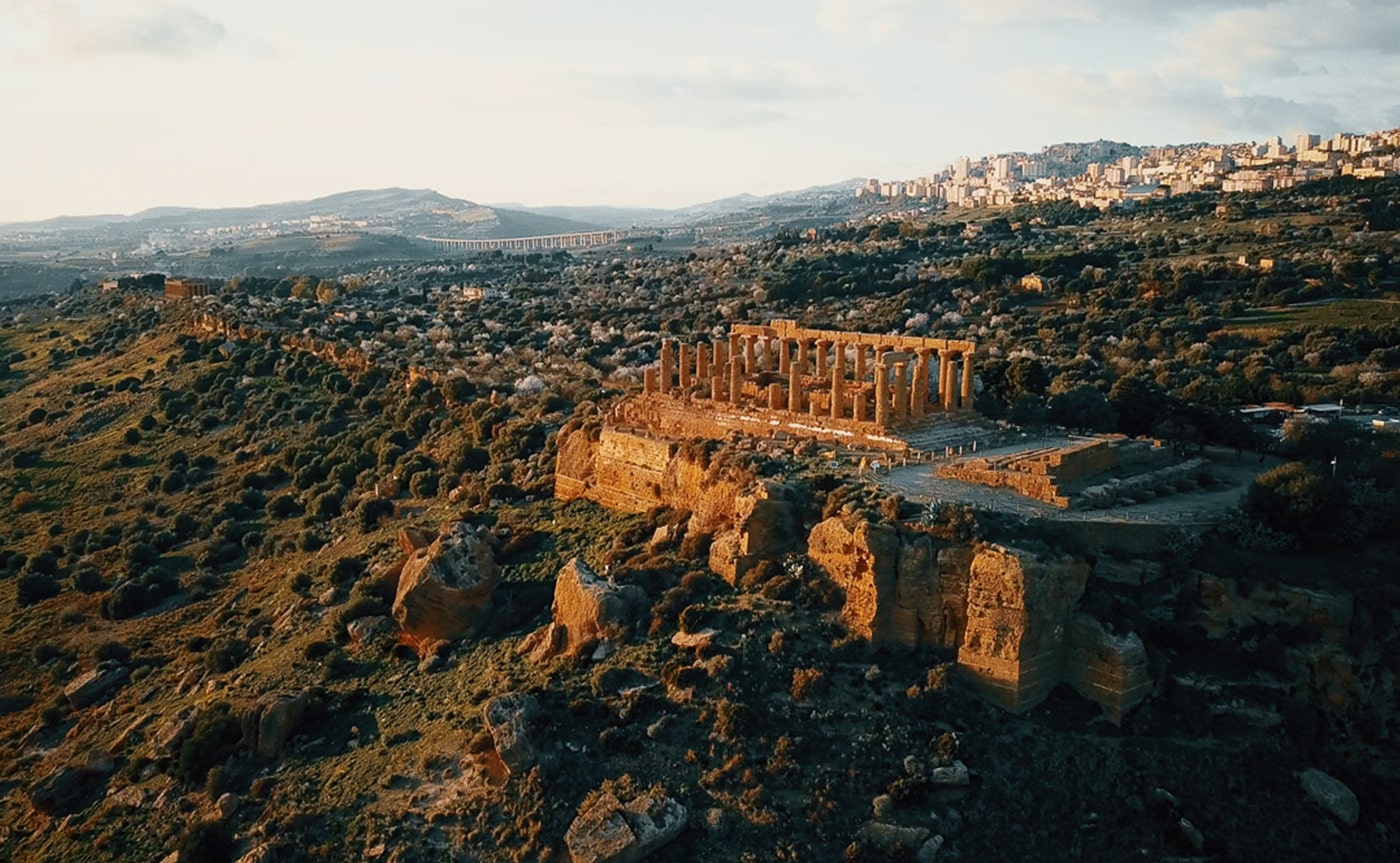 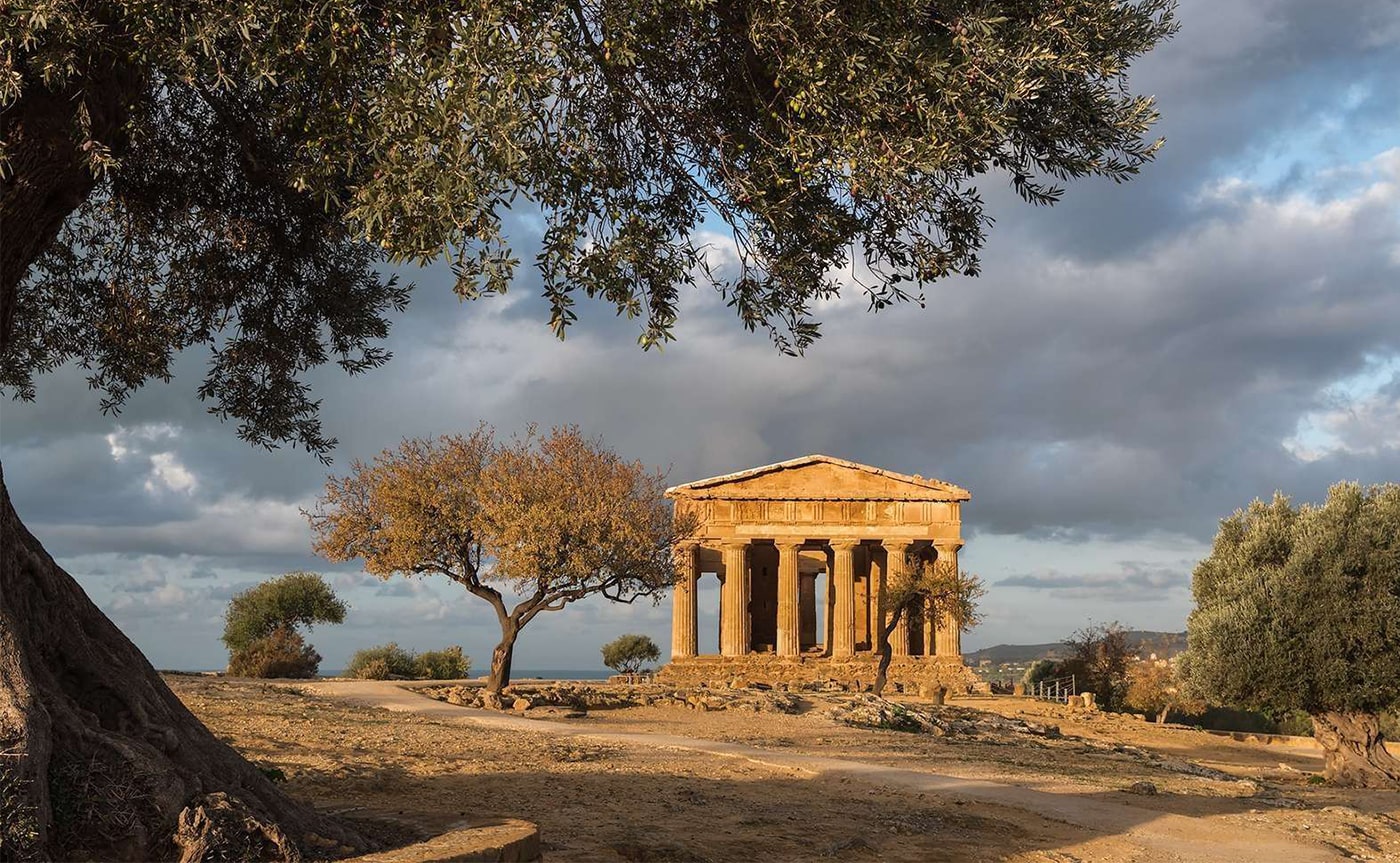 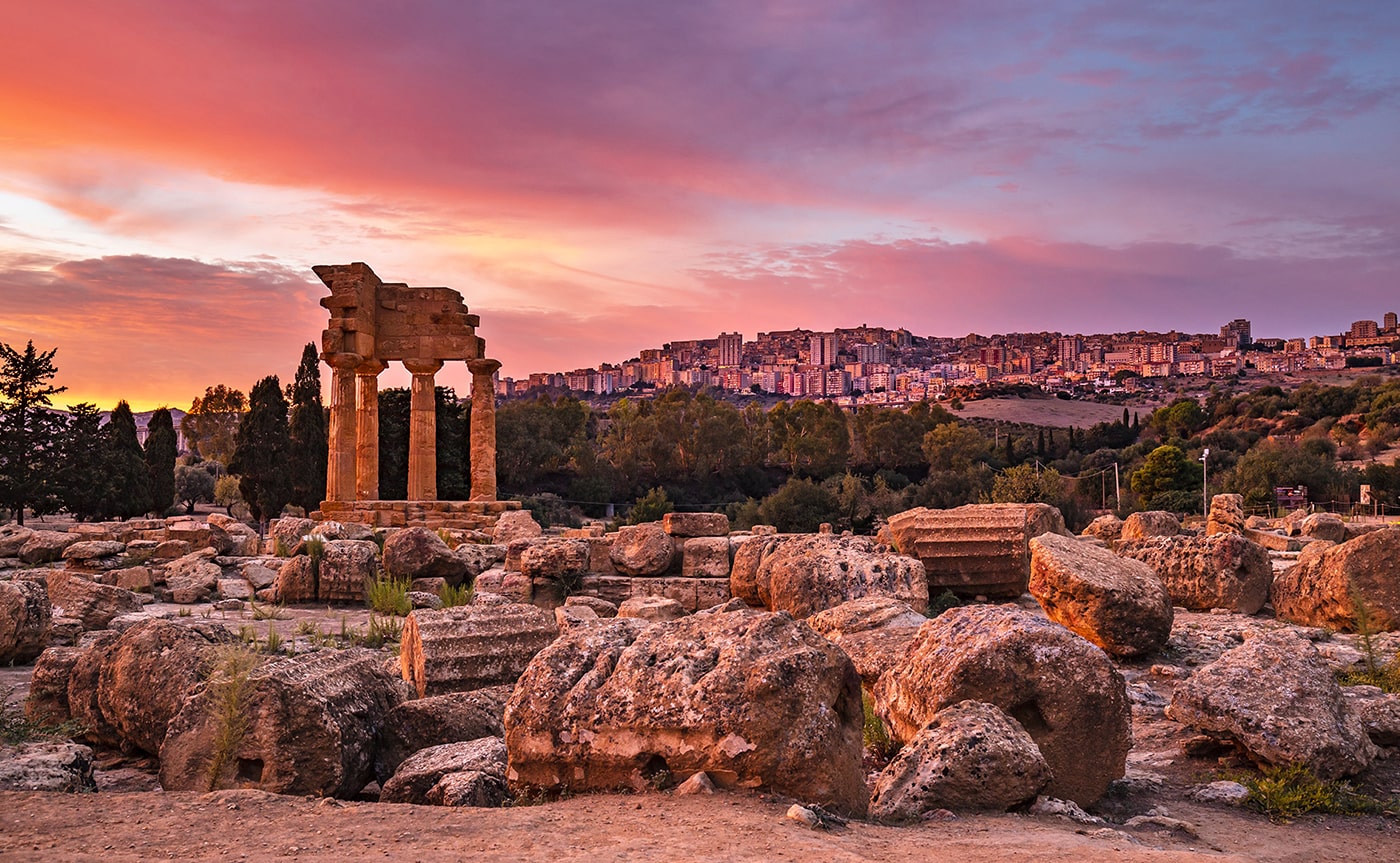 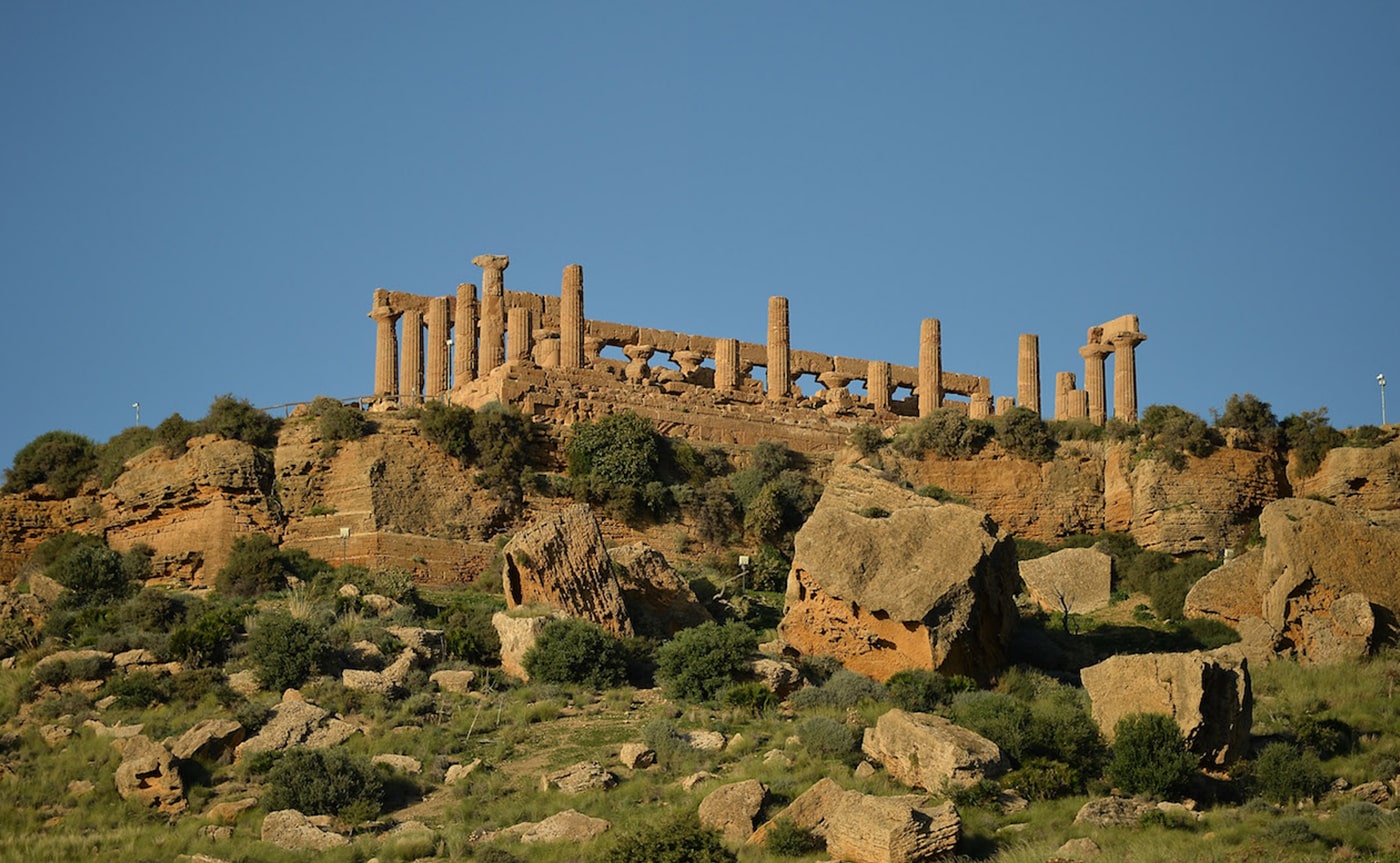 The Valley of the Temples is one of the most important examples of Greek art and architecture.

The “Valley of the Temples” is an archaeological park in “Sicily” characterized by its exceptional state of preservation and a series of important Doric temples from the “Hellenic period”. It corresponds to the ancient “Akragas”, the monumental original nucleus of the Sicilian city of “Agrigento”.

Since 1997, the entire area has been included in the “UNESCO World Heritage List”. It is considered a popular tourist destination, as well as being the symbol of the city and one of the main ones of the whole island. The archaeological and landscape park of the “Valley of the Temples is one of the largest archaeological sites in the “Mediterranean”.

The birth of the “Agrigento” polis is linked to the development of the polis “Gela”: the city was founded in 581 BC by some inhabitants of Gela, originally from the “islands of Rhodes and Crete”, with the name of Ἀκράγας (Akragas), from the river of the same name that washes the territory. It was one of the main cities of the ancient world, an important urban center both economically and politically.

“The Temple of Juno” is located on the highest part of the hill, of which it is not known precisely to which deity it was dedicated. The temple is so called because of a misinterpretation of one of the passages of the poet “Pliny the Elder”, who was referring instead to the temple of Juno in Crotone.

“The Temple of Concord” is one of the best preserved temples in the world and owes its name to an ancient Latin inscription dedicated to the “Concord of the Agrigentines” that was mistakenly associated with the temple in question.

The ruins of the “Temple of Jupiter” are evidence of one of the most important temples built following the victory of the Greek cities over the Carthaginians during the Battle of Himera.At 113 meters long and 56 meters wide, the temple was originally laid out on a rectangular platform and erected by five steps, the last one more double than the others precisely to isolate the temple from the rest. The fronts were decorated on the east with sculptures depicting a fight between the gods and the giants, and on the west with the taking of Troy.

“The Temple of Hercules”, on the other hand, is the oldest of the Doric temples and its attribution to the Greek hero is due to one of Cicero’s passages that recalls a temple dedicated to the hero near the Agora, identified in that area. Join us in this beautiful walking tour around the Valley of the Temples!

The most beautiful churches of Rome tour

Visit the most beautiful churches of Rome, following the pilgrimage St. Filippo Neri embarked in 1551.

Portofino: An Italian village known throughout the world, synonymous of elegance and dolce vita.