Highlights of Rome: Walking Tour of the city 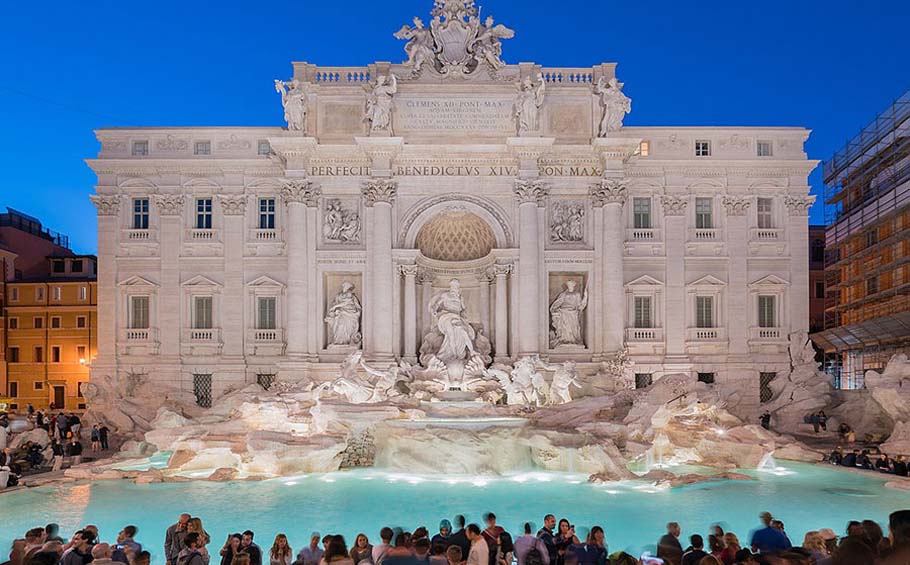 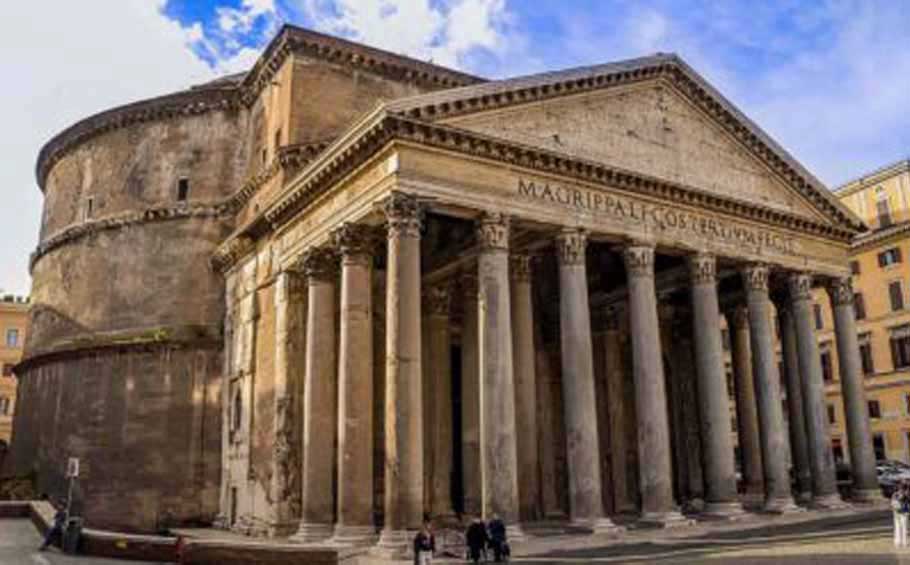 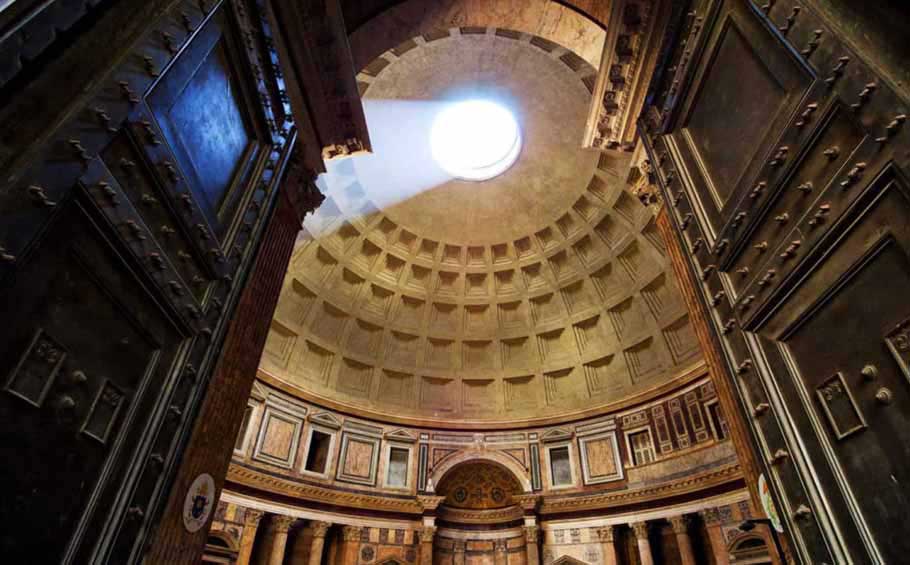 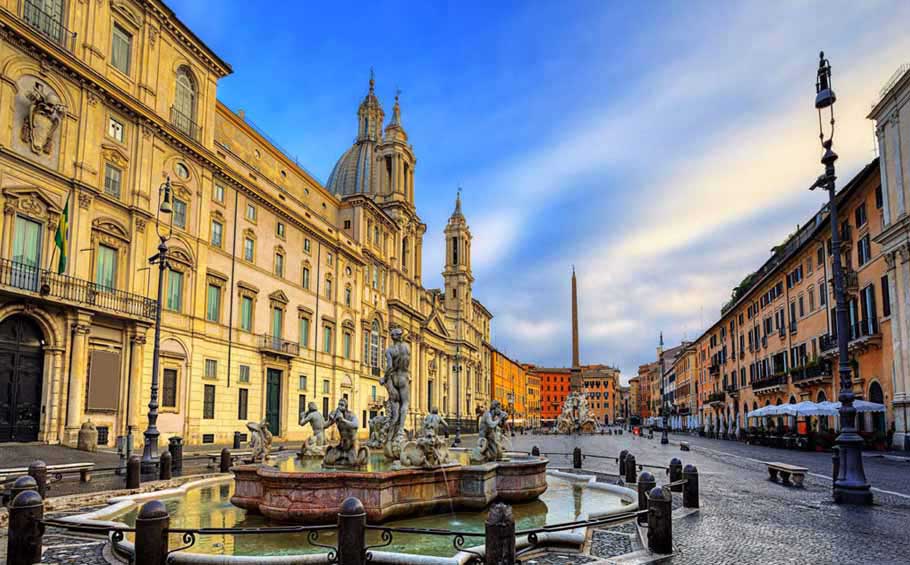 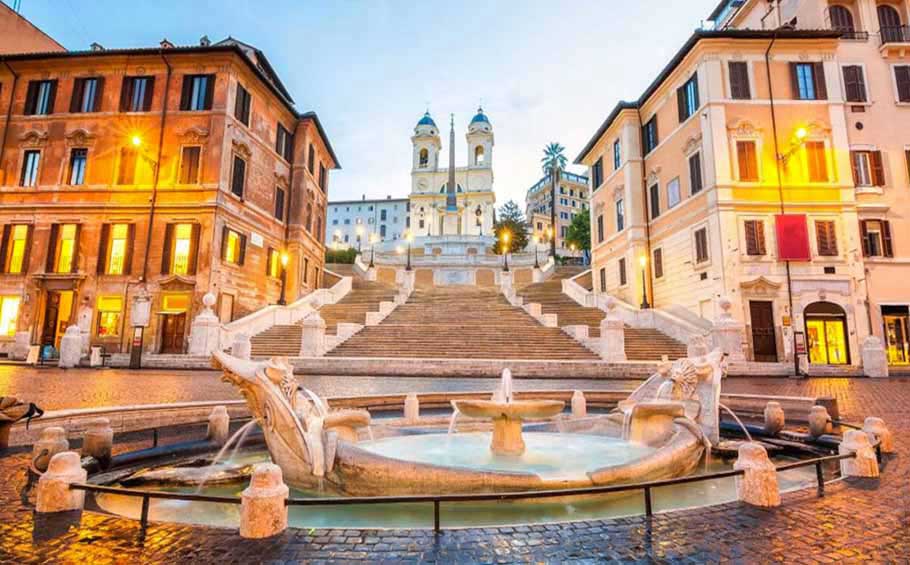 Highlights walking tour of Rome: with more than 2,000 years of history, Rome is rich with artistic and cultural landmarks: romeanditaly group designed this tour of the highlights of Rome to discover the beauty of sixteenth and seventeenth century Rome. With this tour you will be able to see great works of art by artists such as Michelangelo, Rafhael, and Gian Lorenzo Bernini...

The highlights walking tour of Rome includes a visit to the wonderful Trevi Fountain. This baroque fountain was designed in 1762 by Nicola Salvi. This fountain is famous all over the world for “The Three Coins in the Fountain”. According to tradition, if you throw coins in the fountain over your left shoulder with your right hand, one coin is to come back to Rome, two coins to find your soul mate, and the third coin for your secret wish. The Trevi fountain made an appearance in the movie of the famous Italian director Federico Fellini: “La Dolce Vita”.

Another area included in the tour the highlights of Rome is “the shopping district” around “via Condotti” and the famous Spanish Steps. Here the guide will stop in “Piazza di Spagna” to describe to you the amazing steps built in the eighteenth century, where in the spring time all the main Italian fashion houses like “Prada”, “Gucci”, “Giorgio Armani” present the new collection with a dazzling fashion show on the very steps, which are adorned with flowers for the occasion.
Piazza Navona, one of the most beautiful baroque squares in Rome along with “Piazza di Spagna”, is another must see included in this tour. The square was originally a stadium, hence its oval race-track shape. During the renaissance period it was embellished with three fountains and churches. The most famous fountain in the square is the one in the center: “the Fountain of the River”, made by the great artist “Gian Lorenzo Bernini”. More recently it started housing art galleries, outdoor restaurants, and cafés. Piazza Navona is the animated center of Rome’s day and night-life. The perfect place to unwind while surrounded by life and art.

The highlights tour of Rome continues through the characteristic alleys of the city, until we arrive at the Pantheon, one of the greatest and best-preserved monuments of ancient Rome. Built by Agrippa in 27 B.C., it was originally a pagan temple dedicated to all the pagan gods of the roman pantheon. The Pantheon is known for its “eye” in the middle of the ceiling: a big uncovered opening that was the only source of light of the temple in ancient times. According to that all the pagan gods can see what is happening inside the temple through the eye in the ceiling. It was turned into a church in 608 by pope Bonifacius IV. All the Italian kings and queens of Italy have been buried here, including “Queen Margherita of Savoy”. “Pizza margherita”, one of the most typical Italian dishes, was named in her honor.