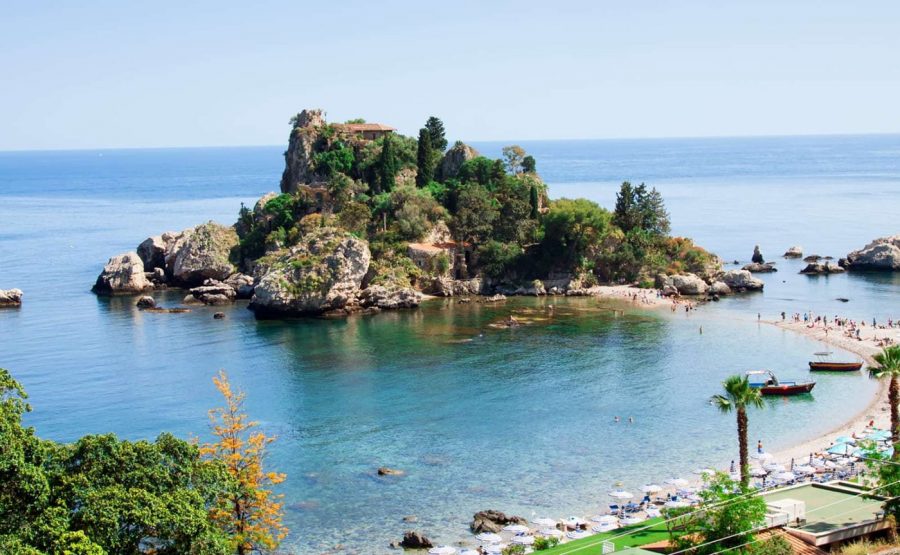 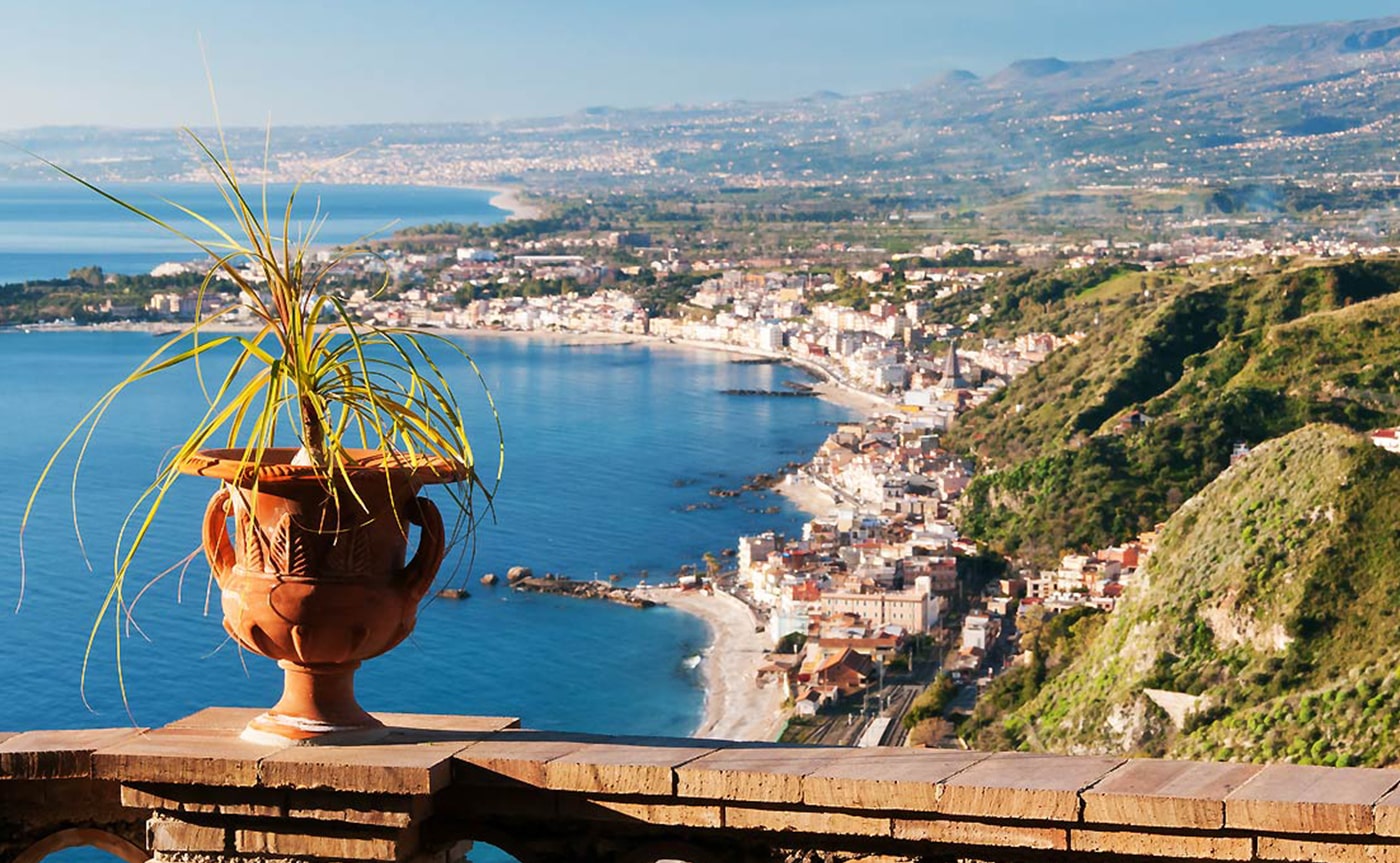 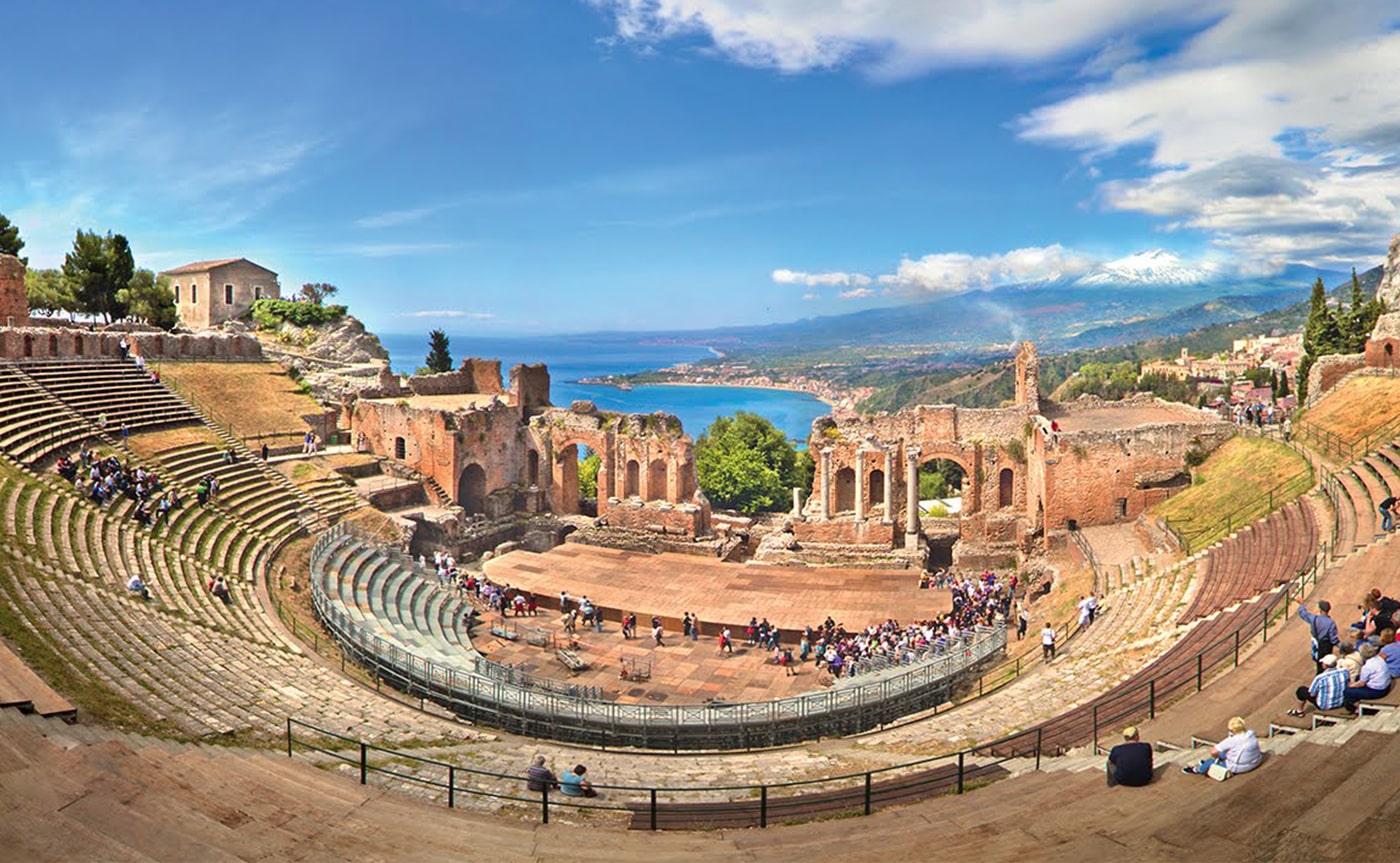 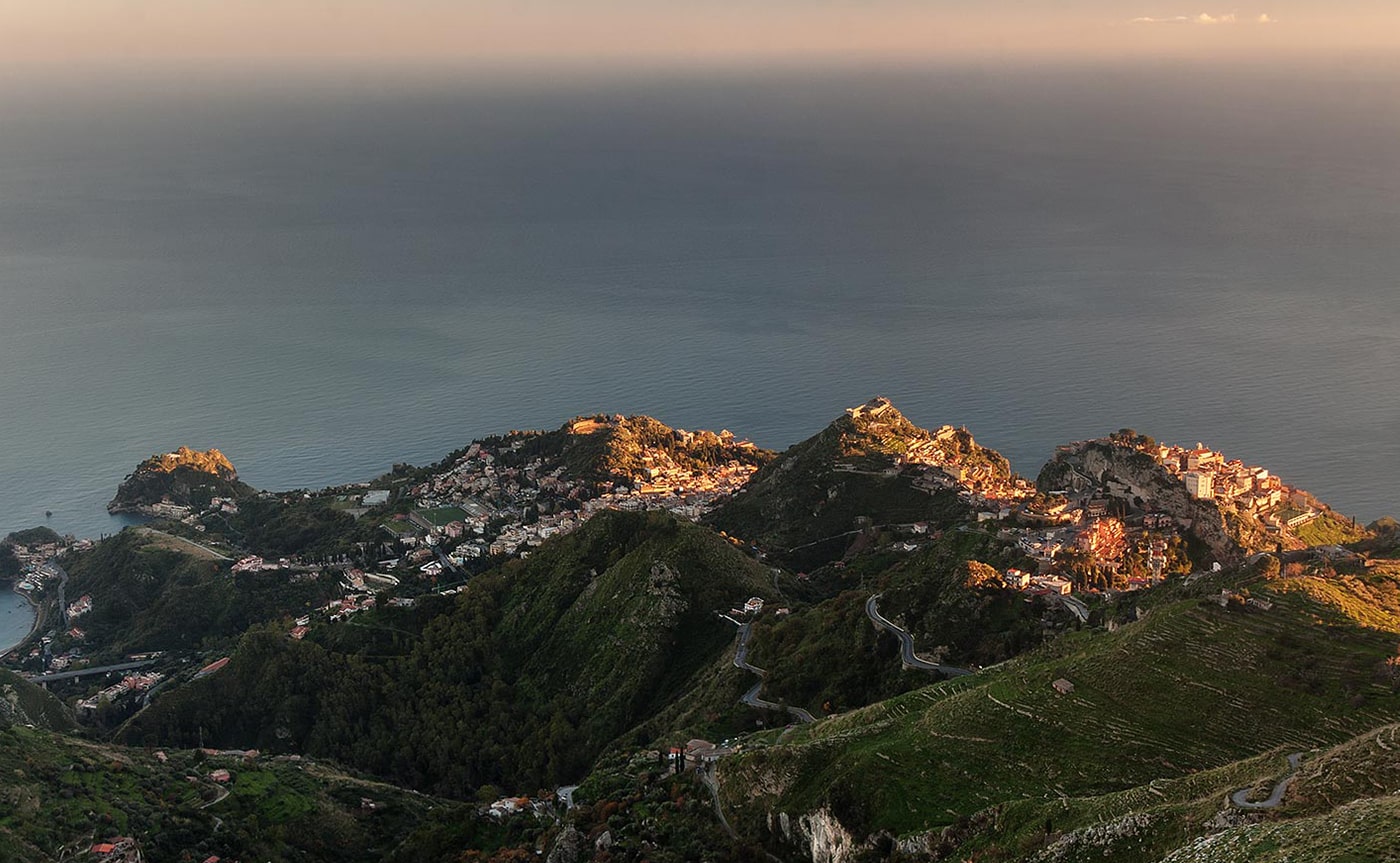 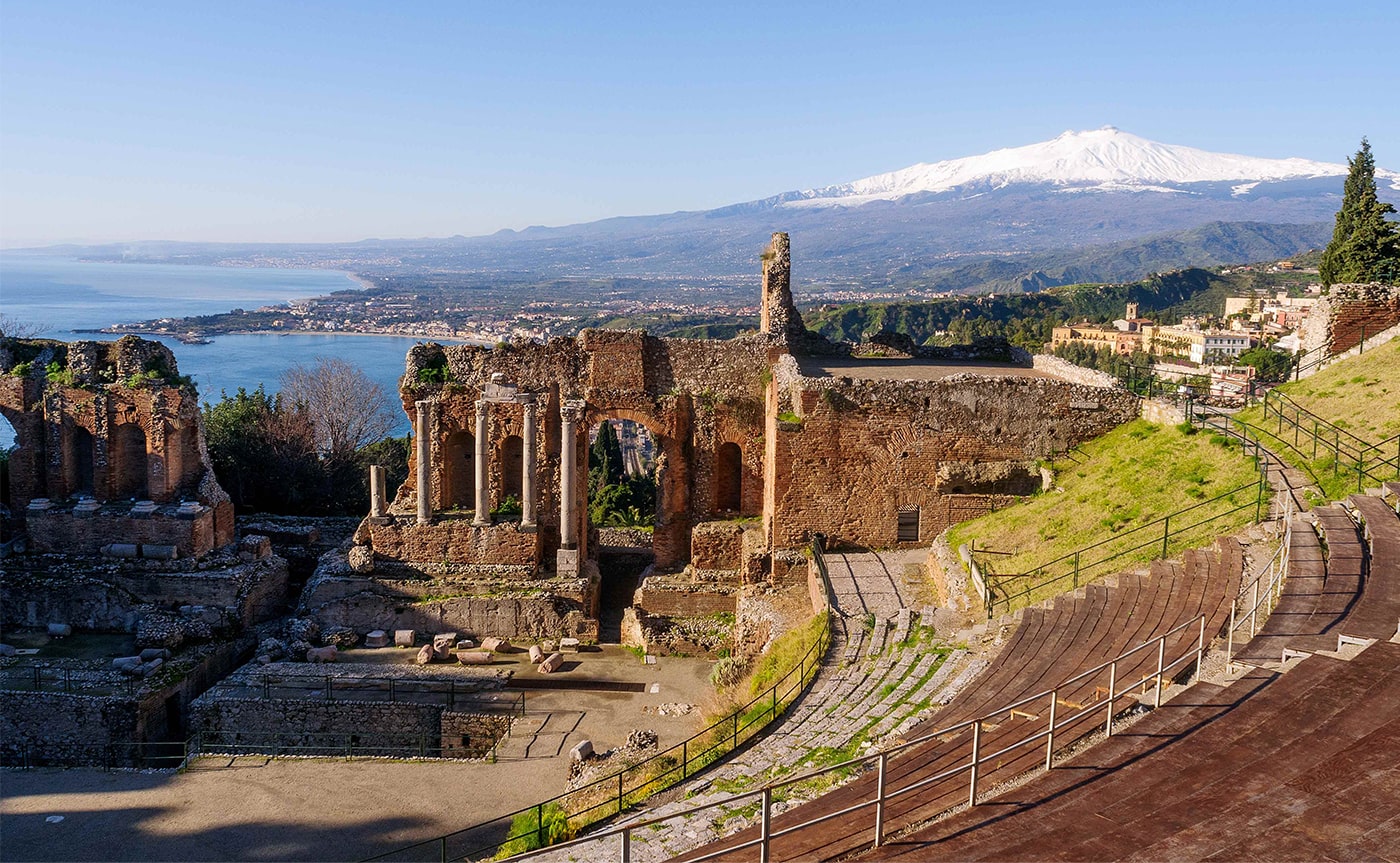 Taormina and Naxos Gardens are two wonderful places of Sicily who give you an incredible view of the sea and Mount Etna.​

“Taormina” is an Italian city of “Sicily”. It is one of the most important international tourist centers of the Sicilian region, known for its natural landscape, marine beauty and historical monuments and has been an important destination of the “Grand Tour”....

The first step of this tour is the town’s “Cathedral” dedicated to St Nicholas stands in the picturesque “Piazza del Duomo”. Built around 1400 on the ruins of a 13th-century church, the Cathedral has undergone several renovations, as evidenced by the main portal of 1636 and the two side portals dating from the 15th century (the one on the left side) and the 16th century (the one on the right side).

Then we move to a small island, full of luxuriant vegetation, joined to the mainland by a thin strip of sand, which in the central part, the succession of tides, makes it emerge or leaves it covered by the crystal clear waters of the bay. This suggestive small island is “Isola Bella”. A nature reserve since 1998, the beautiful “pearl of the Mediterranean”, praised by “Goethe, Byron, Dillon” and many others, is divided into small terraces connected by steps and walkways, immersed in the green of dense “Mediterranean” scrub and fascinating exotic shrubs.

Finally, we will reach a grandiose testimony to ancient Sicily, the “Greek Theater” is the most famous monument in “Taormina”, and the second-largest theater on the island.

The second step of the tour are “Naxos Gardens”, a beautiful tourist resort in the province of “Messina”, “Sicily”, near the beautiful city of “Taormina”. The “Naxos Gardens” is located in a small bay protected by gentle green hills that slope down to the crystal-clear sea that is the pride of the place. Although it was virtually unknown until the 1970s, “Naxos Gardens” is home to some of Italy’s most famous monuments. There are two types of sand on the two famous beach of the area: either very fine sand or small pebbles, similar to gravel. In first place is the very wide “Recanati beach”, with lidos and free beaches. Recanati is not the only beach worth visiting, however: for those looking for fine, golden sand and lush vegetation, the perfect choice is “Schisò beach”, while “Porticciolo Saia beach” is characterized by small bays bordered by lava rocks: a must-see. The ideal place to spend entire afternoons in total relaxation and tranquility.

The historical center is characterized by historical squares and streets, such as “Piazza Abbata Cacciola” and “Via delle Rimembranze”. The “Castle of Schisò” after being inhabited in the Norman and Spanish periods, it is now completely uninhabited and is part of the archaeological complex of“Naxos Gardens” The archaeological site preserves the remains of civil and religious buildings dating back to the Roman and Greek periods. Among the religious buildings to visit during your stay in “Sicily” are the “Mother Church of Santa Maria Raccomandata”, the “Church of Santa Maria Immacolata and the Church of San Pancrazio”.