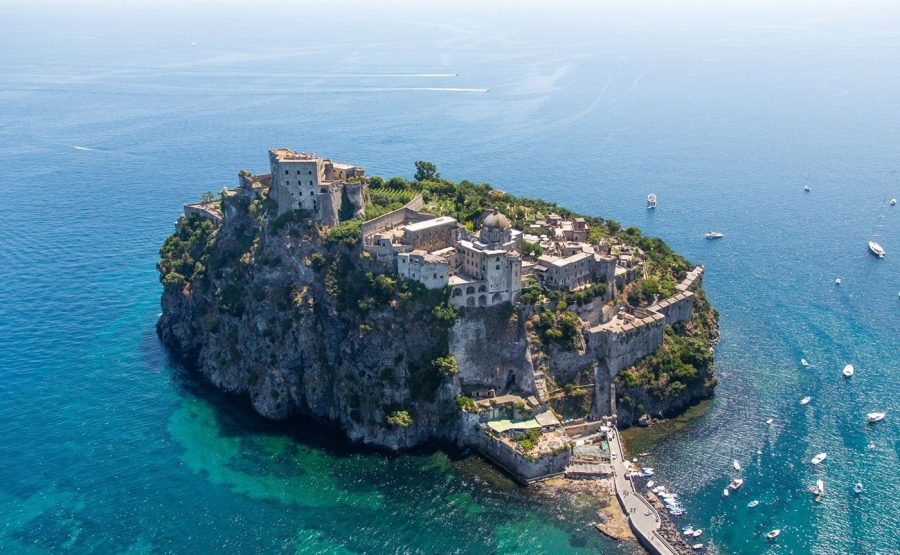 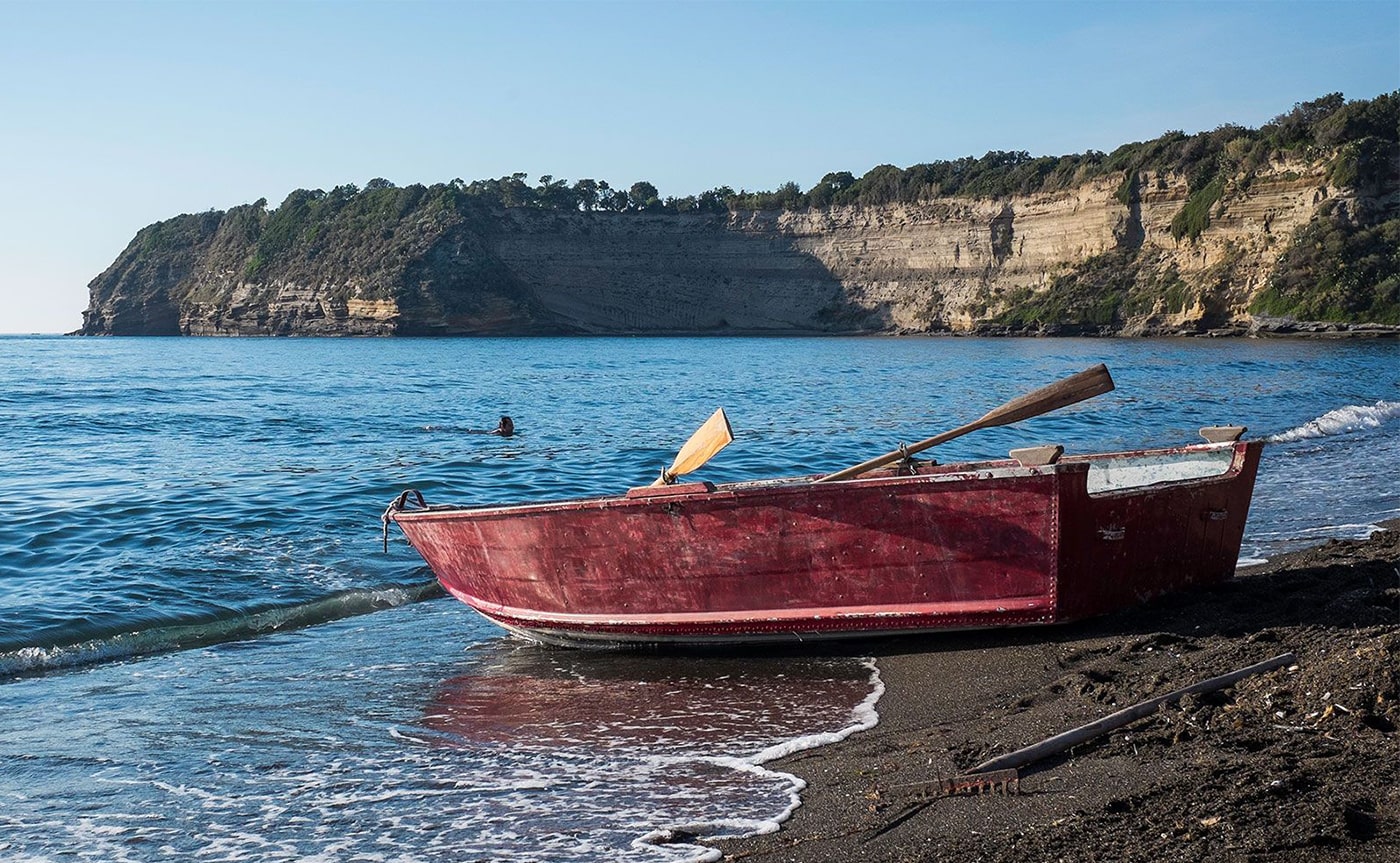 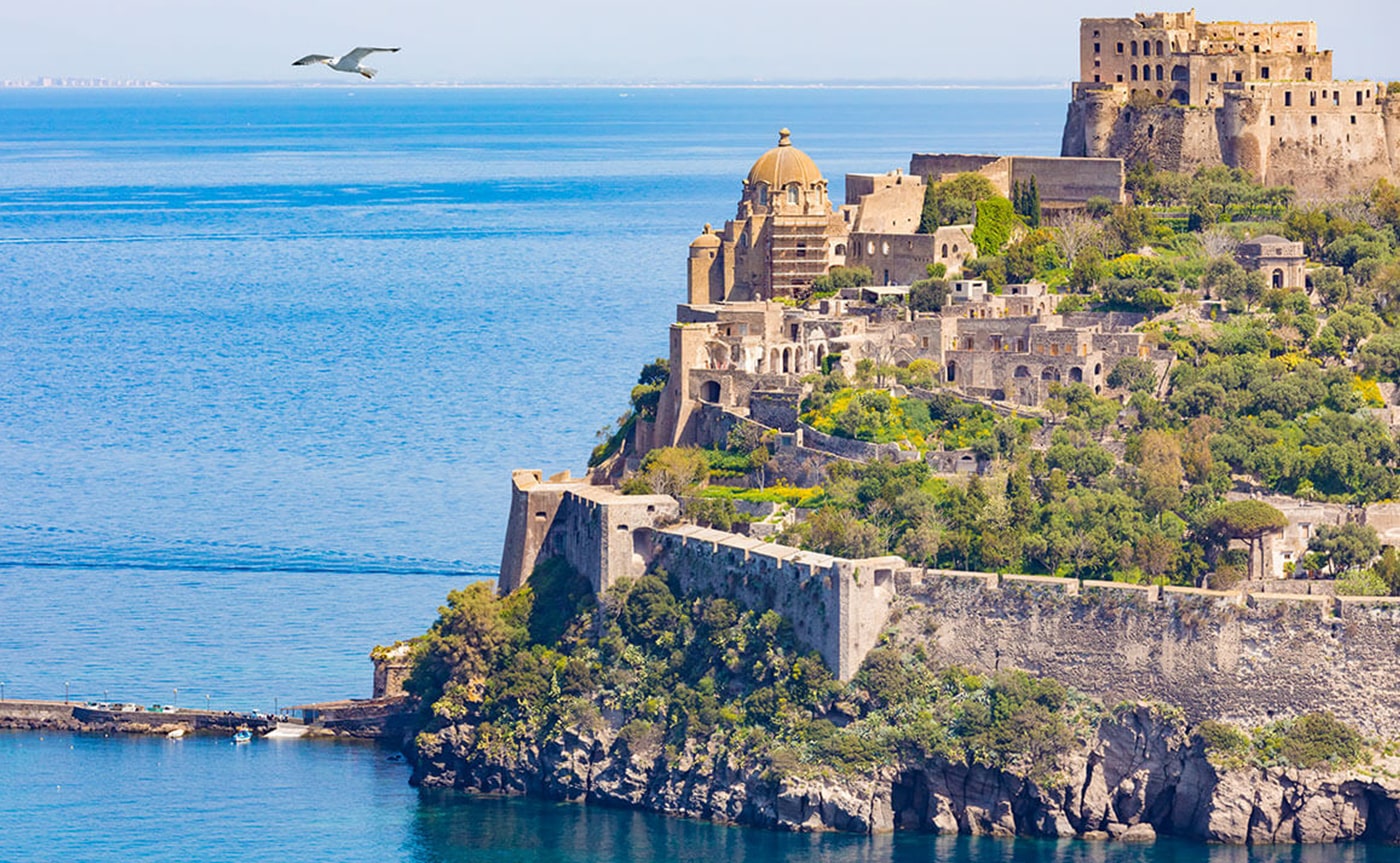 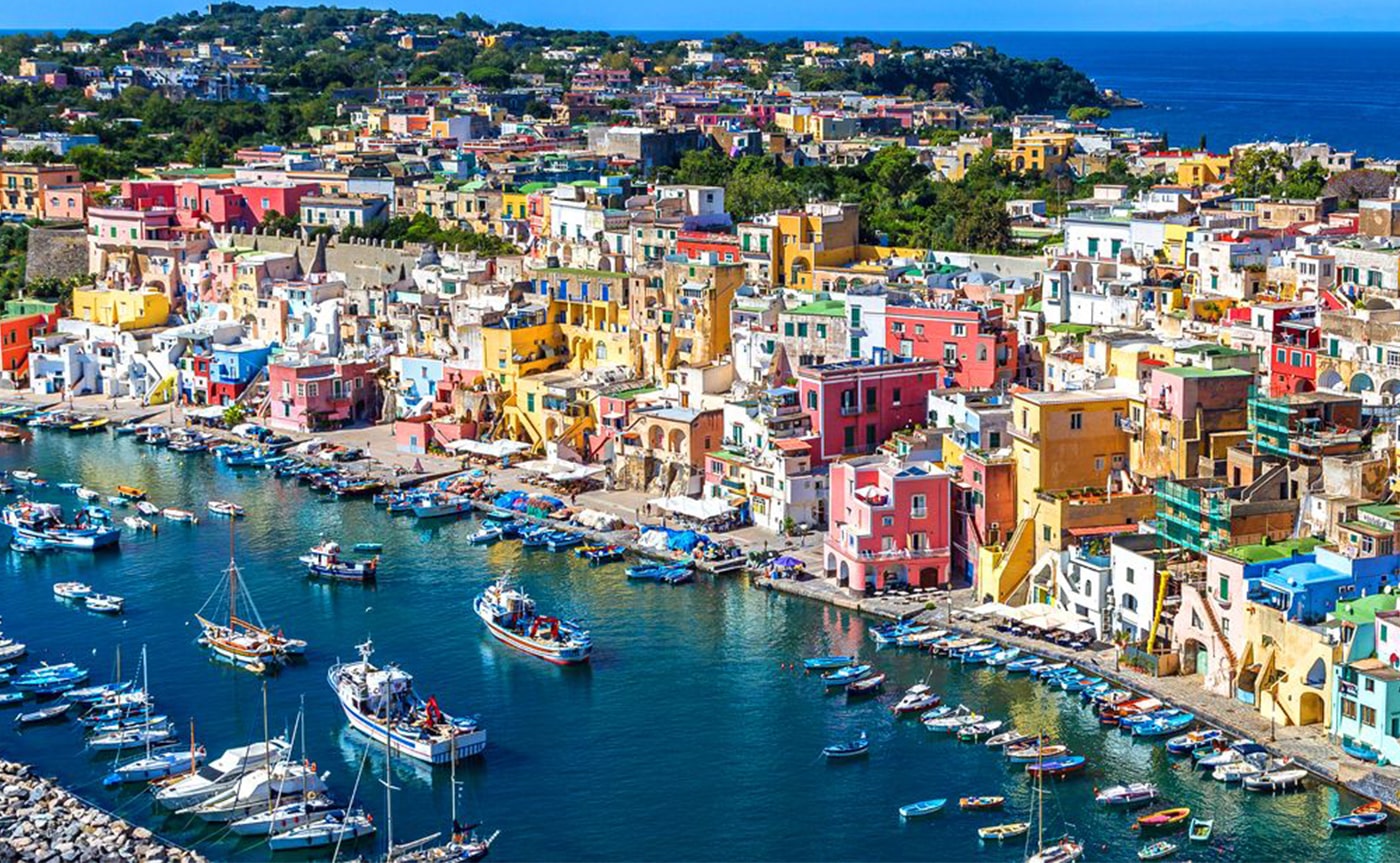 Ischia and Procida tour is a full day boat trip where you have the chance to admire crystal water and the most attractive landscape of “the Gulf of Naples”.

Ischia and Procida belong to the Flegree islands of “the Gulf of Naples” Ischia is a volcanic island characterized by the natural thermal pool in the sea. ...

In our tour you can take a dip in the waters off of the most famous beaches of Ischia, such as Maronti whose name derives from Greek and was later translated into Latin as quatior meaning quiet beach. The beach is set in a cove that is a spectacular interweaving of sea and mountains. You must absolutely stop by the amazing white beach and crystal water of “Citara”, that is the background most important thermal complex the “Poseidon Gardens”, whose water was put by the Romans under the protection of Venus Citarea, from which the name Citara; then another lovely beach is “San Montano” whose tropical charm makes it different from all other beaches on the island of Ischia.

On this beautiful island you will enjoy some free time to visit the major attractions of the place such as the “Aragon Castle”, its construction dates back to 474 b.C. under the name of Castrum Gironis, or “Castle of Girone”, in honor of its founder. The modern structure of the castle is due to Alfonso V d’Aragona who built a wooden bridge to reach the islet and built other walls and fortifications while inside were made the royal quarters and those for courtiers, troops and servants.   Since 1912 the Aragonese Castle is privately owned, it is therefore one of the few examples in Italy of a private monument that finances itself. The owners take care of maintenance and restoration thanks to the income from the entrance ticket and the various activities and events organized in it. One more attraction is “Sant’Angelo”, an ancient fishing village that extends in front of Ischia characterized by all the colorful houses.

Later you can fill the roll with your camera with the fascinating Gardens of Mortella that offers a remarkable show with plants and flowers of species still unknown today.

The second stage of the tour is Procida, also a volcanic island but smaller than Ischia that is characterized by a particularly mountainous territory that makes its landscape even more captivating with cliffs and panoramic rooftop on an emerald sea. A legend tells that the name Procida derives from Greek prochetai “prochetai” that means lies; in fact, if you look carefully at the morphology of the island you can see that it seems to lie down in the sea. Another legend tells the name derives from a nurse of Aeneas named Procida, who was buried there.

In Procida you have the chance to admire the impressive village of “Terra Mura “distinguish by the medieval fortifications and the scenic views, but above all the two long range cannons dating back to the Neapolitan Republic of 1799. On the top you must visit the d’Avalos palace which in 1830 was converted into a full-fledged prison citadel, later closed in 1988; another attraction is the San Michele Abbey where numerous piece are preserved, including a painting drawing St. Michael defeating Satan.  Another village evenly characteristic is Marina Corricella, the oldest one, famous and appreciated for its peculiar architecture; this fisherman village is a perfect refuge for those who prefer relaxing vacations.

Not far from Florence, an incredible adventure is waiting for you!