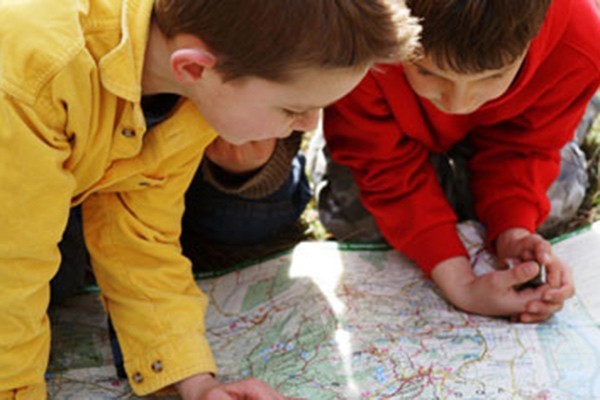 With the Hidden Treasure Hunt in Rome your children will go on an adventure during a tour that will include the “Colosseum”, the most important monument in Rome, and “Villa Celimontana”, a beautiful park very near to the “colosseum”.

During the treasure hunt children will be asked to find different objects and decorations at the different destinations of the tour, so that they will be included in the tour while also enjoying a fun adventure! They will be given photographs and written material by the guide to help them along the treasure hunt, and all the while the guide will give you information about the different places and monuments you are seeing.

The Hidden Treasure Hunt in Rome takes place at the “Colosseum” and the “Celio” area of Rome. The “Celio” is one of the historical seven hills on which the ancient city of Rome was founded.

The “Colosseum”, also known as the “Flavian Amphitheater”, is the largest amphitheater in the world, and it is visited by people from all over the world every year. It was built in the year 72 AD by “Emperor Vespasian” of the “Flavian dynasty” and completed in 80 AD by “Emperor Titus”. In the “Colosseum” people could see fights between wild animals from all over the empire. The gladiators also fought here of course, and they were considered true celebrities at the time, the equivalent of modern-day sport stars! The “Colosseum” was equipped with movable special effects and trees, which provided a dynamic set for the different shows, and created the right atmosphere to reenact historical battles fought by the Roman Empire around the known world. The “Colosseum” could also be flooded to house naval battles, all thanks to clever mechanical systems that were hidden from the spectators.

The Hidden Treasure Hunt in Rome will then take you to “Villa Celimontana”, a beautiful park. This public park is full of beautiful fountains and statues, and the kids in the group will certainly have a lot of fun exploring it and looking for all the different objectives of the treasure hunt. In the park you will take a break from the noise and the traffic of the city, enjoying the relaxing atmosphere of this green area. In the park of “Villa Celimontana” there are fountains, palm trees, and beautiful statues that will create a relaxing atmosphere, as well as the perfect place for a treasure hunt!

The Hidden Treasure Hunt in Rome is perfect for the whole family. It allows you to visit Rome and help kids learn about ancient history while having fun!