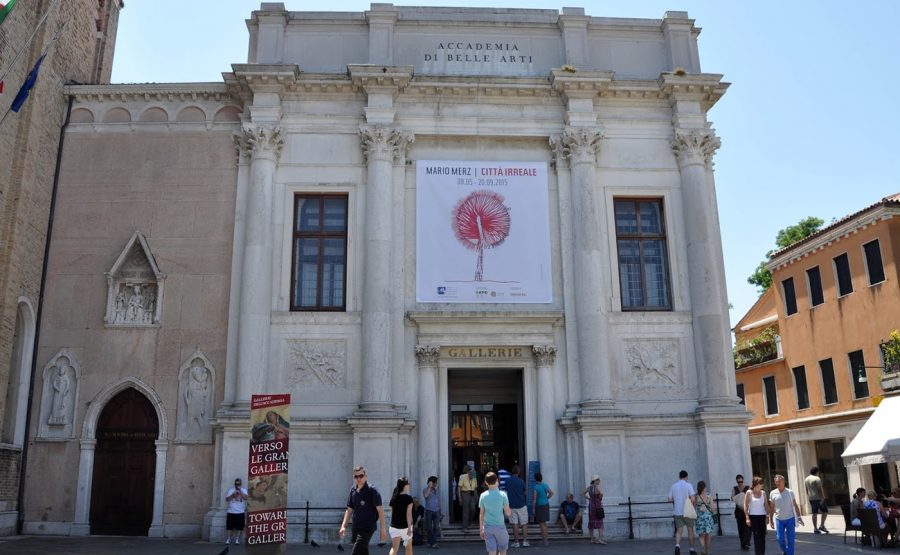 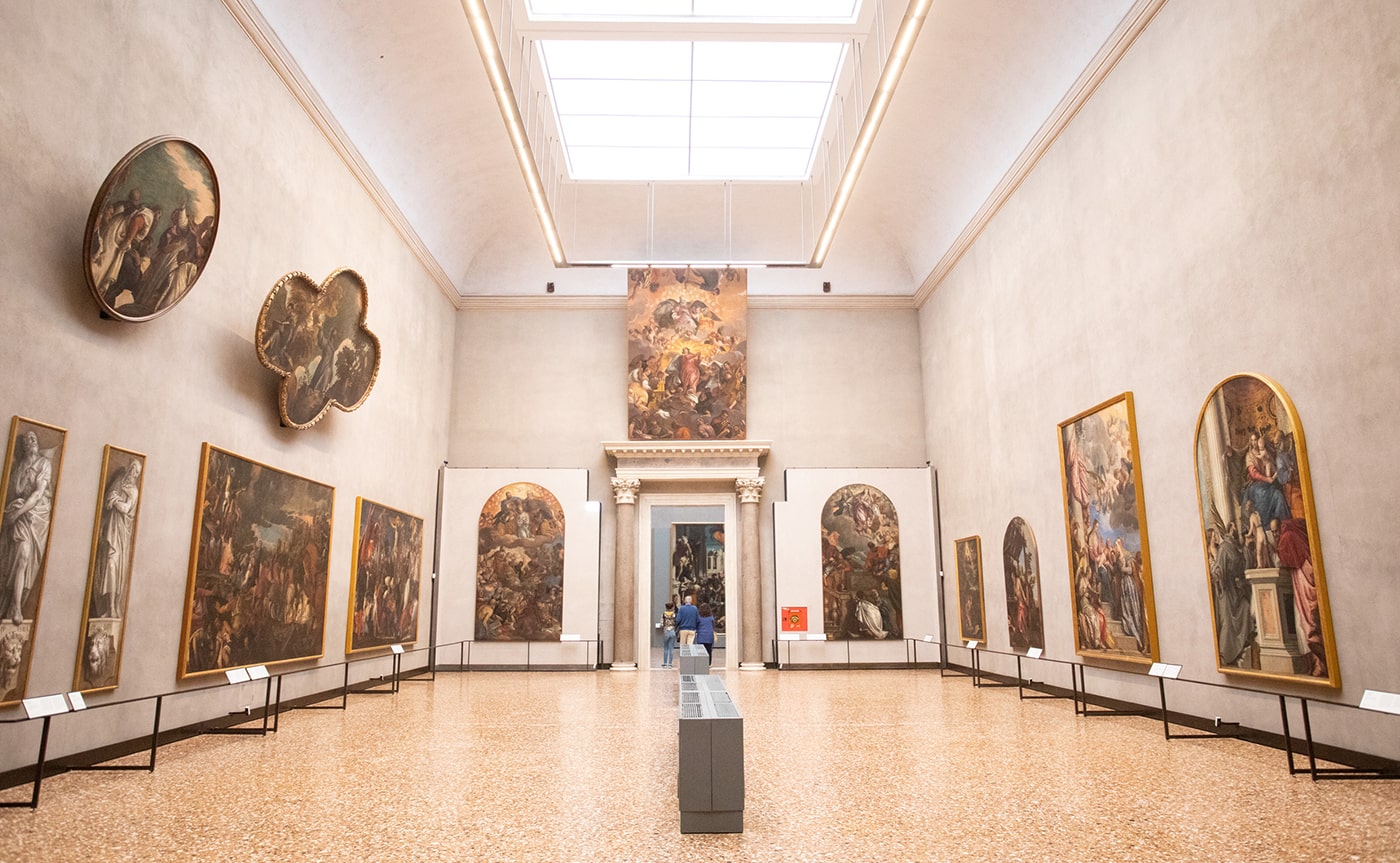 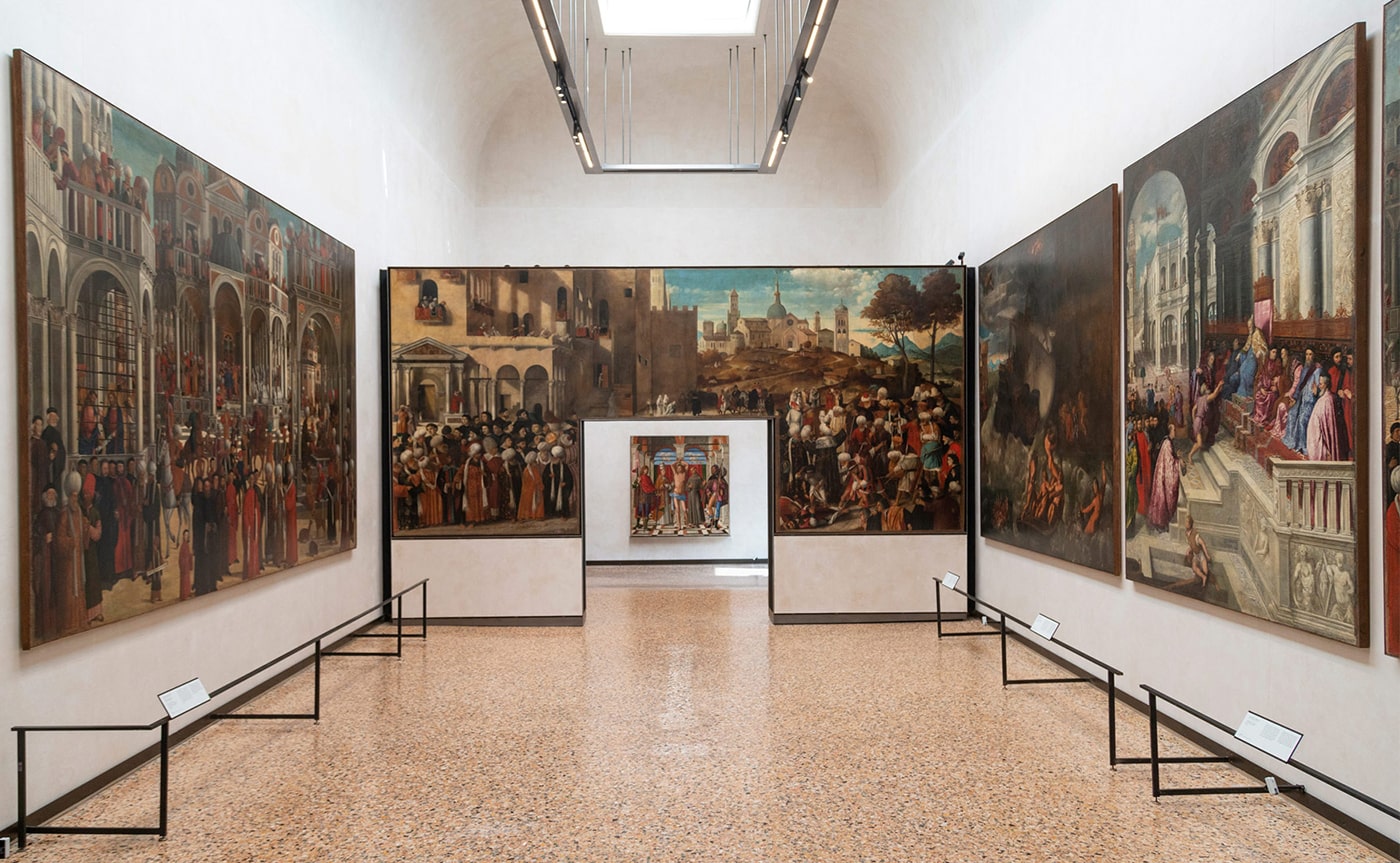 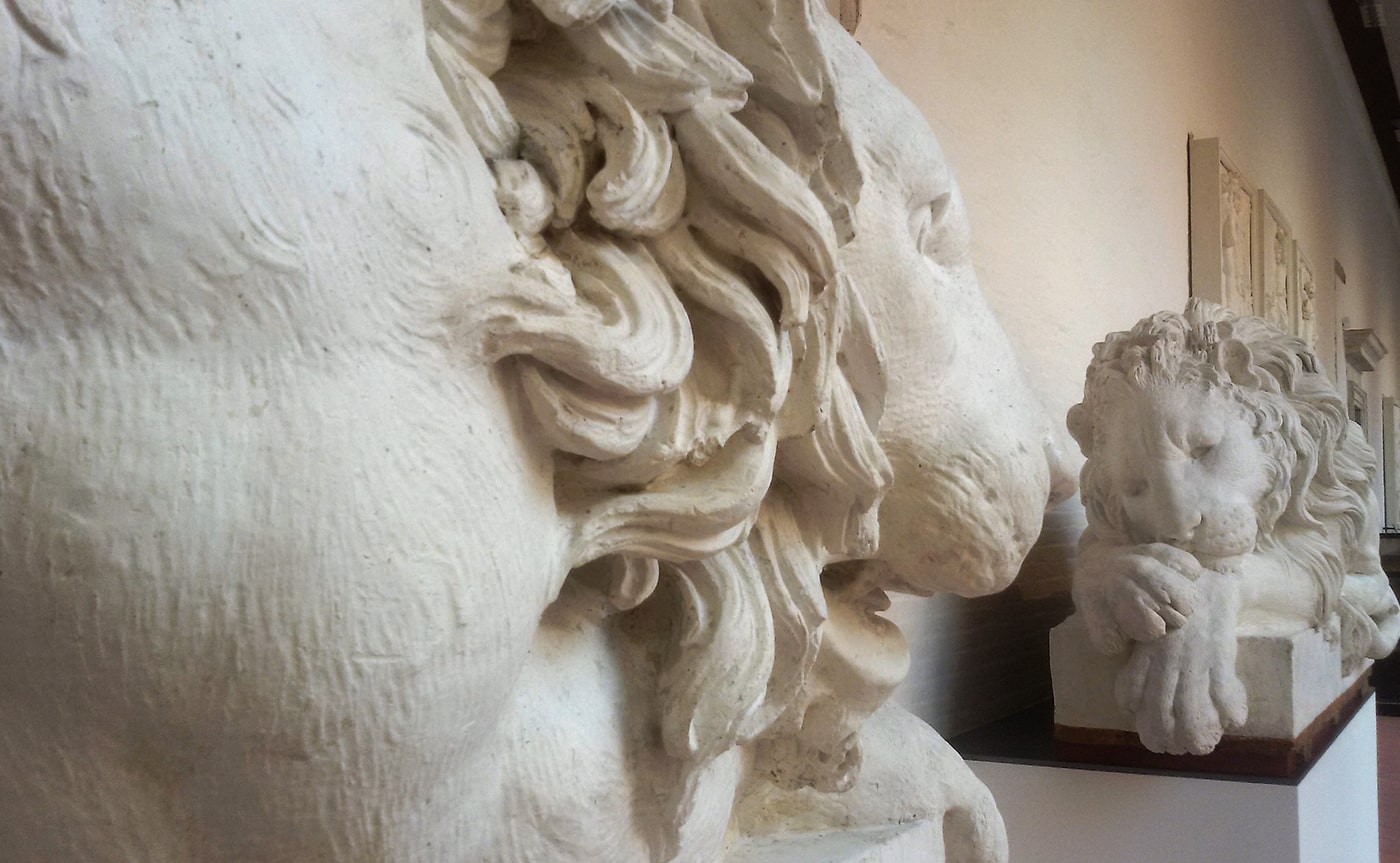 Academy Gallery is a museum in the city of Venice where many of the works of Italian artists such as Leonardo da Vinci, Titian (Tiziano) and Giorgione are exhibited.

The “Academy Gallery” in “Venice” is an Italian state museum. They are located on the south bank of the “Grand Canal”, in “Dorsoduro” district at the foot of the “Accademia bridge”, in what until the early 19th century was the vast complex formed by the church of “Santa Maria della Carità”, the convent of the “Canonici Lateranensi” and the “Scuola Grande di Santa Maria della Carità”. ....

They take their name from the “Accademia delle belle Arti”, which opened them in 1817 and shared their premises until 2004. They collect the best collection of Venetian and Veneto art, especially paintings from the period between the 14th and 18th centuries: among the major artists represented are “Tintoretto”, “Giambattista Pittoni”, “Titian”, “Canaletto”, “Giorgione”, “Giovanni Bellini”, “Vittore Carpaccio”, “Cima da Conegliano and Veronese”. It also houses other art forms such as sculptures and drawings, including the famous “Vitruvian Man” by “Leonardo da Vinci”.

With the suppression of religious congregations and Venetian public authorities, an enormous number of works of art from public palaces and religious buildings were confiscated in “Venice”. However, many paintings of great quality, especially of the local school from the 14th to the 18th century, found their ultimate protection in Venice in the “Pinacoteca dell’Accademia di Belle Arti”.

Some of the most prestigious paintings, in the “Galleries”, were acquired thanks to the generosity of illustrious Venetian collectors. These included, in the first half of the 19th century, the bequest of Girolamo Molin. Felicita Renier’s donation of 1833, which included works such as Pietro della Francesca’s Saint Jerome and Bellini’s Virgin between two saints, and Girolamo Contarini’s substantial donation, which in 1838 bequeathed 188 paintings to the Galleries. Masterpieces such as Giovanni Bellini’s Madonna of the Trees and the Virgin with the Blessing Child and Pietro Longhi’s Venetian scenes come from the latter bequest.

From the first half of the 19th century onwards, important acquisitions increased the original core of the collections. These included the acquisition of Giuseppe Bossi’s graphic collection in 1822, which included sheets by Leonardo, including the famous “Vitruvian Man”. Among the most remarkable acquisitions made by the Italian State after the annexation of the former Venetian Republic to the Kingdom of Italy was the acquisition in 1932 of “Giorgione’s Tempest”. In 1882 the definitive autonomy of the collections from the school and the Academy was sanctioned. A radical reorganization of the gallery was carried out in 1895 by director Giulio Cantalamessa, who was the first to reorganize the exhibition sequence according to chronological order. With him, the museum took on the substantial physiognomy of a compendium of excellence of pictorial evidence of the entire figurative history of “Venice” and the Veneto region, from the fourteenth to the eighteenth century, which still characterizes it today.

Join us and discover the Academy Gallery Museum in the city of Venice!