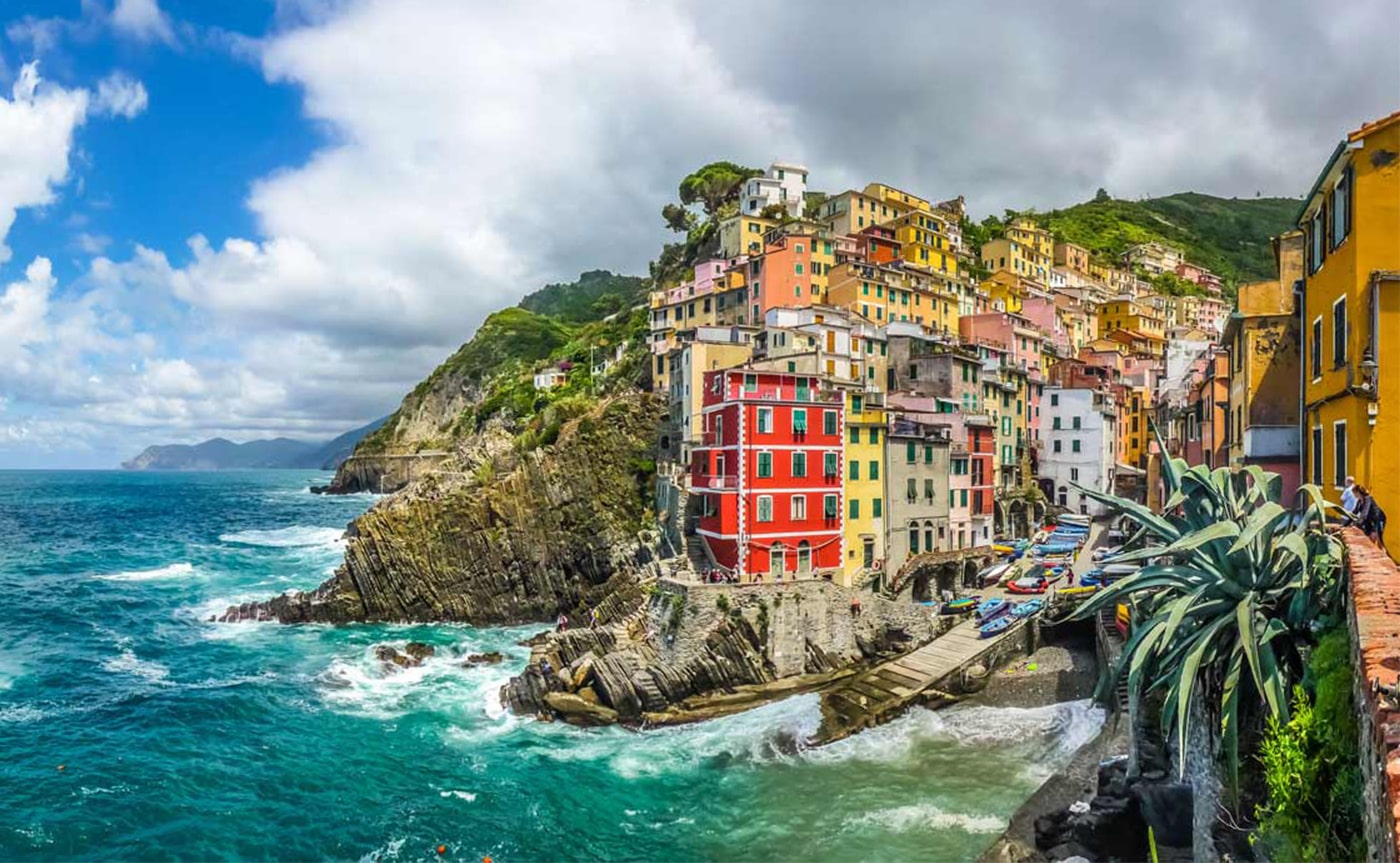 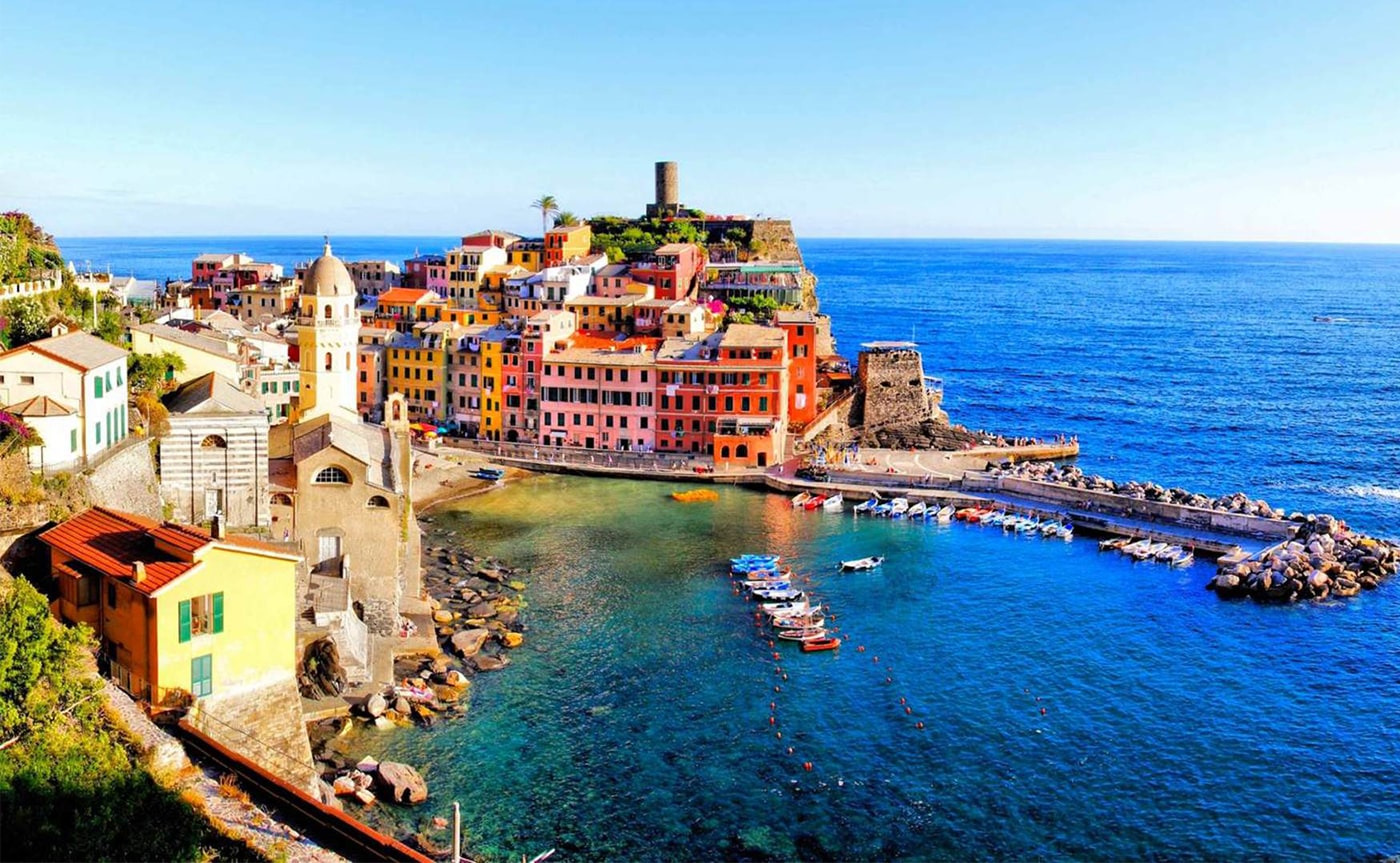 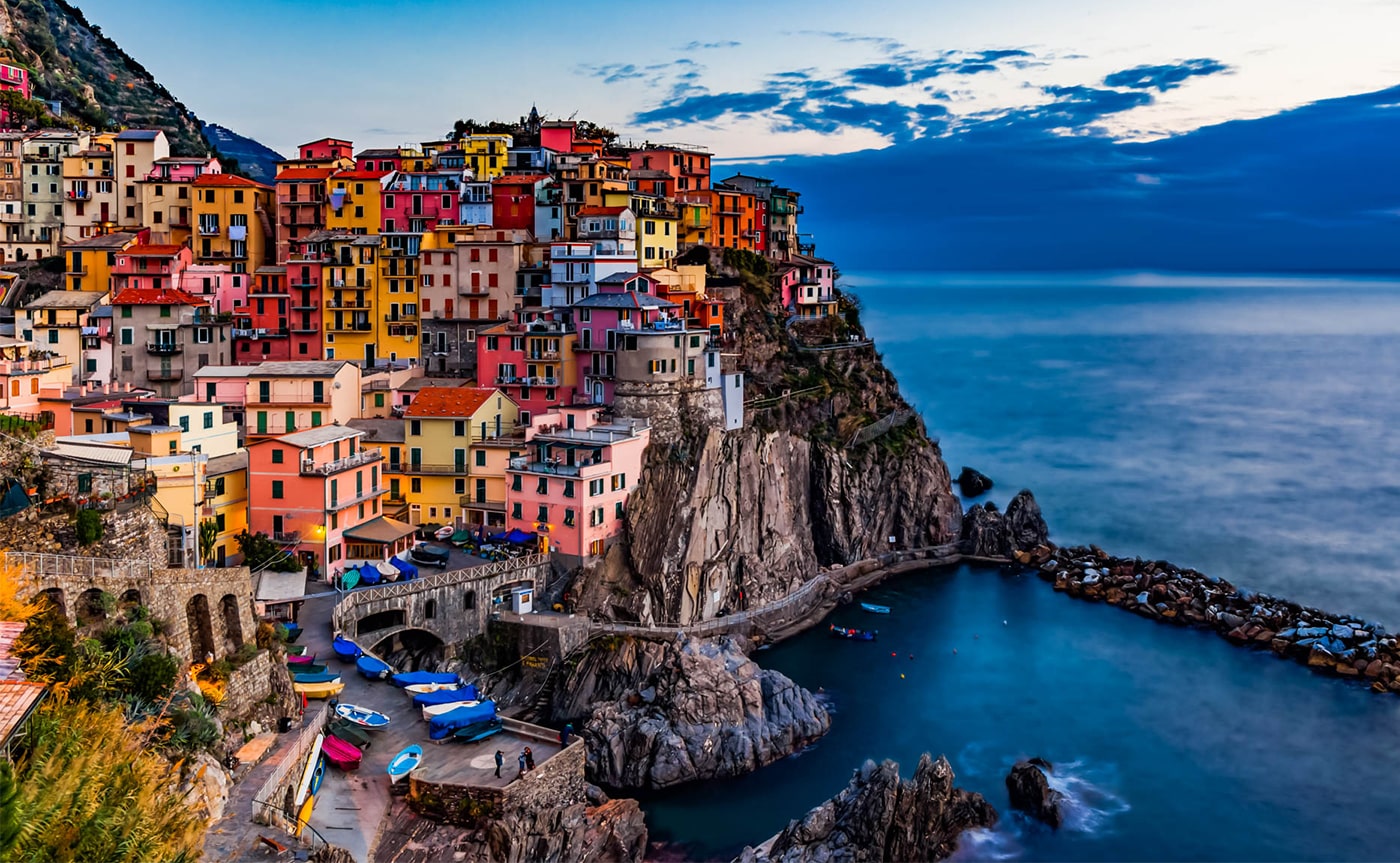 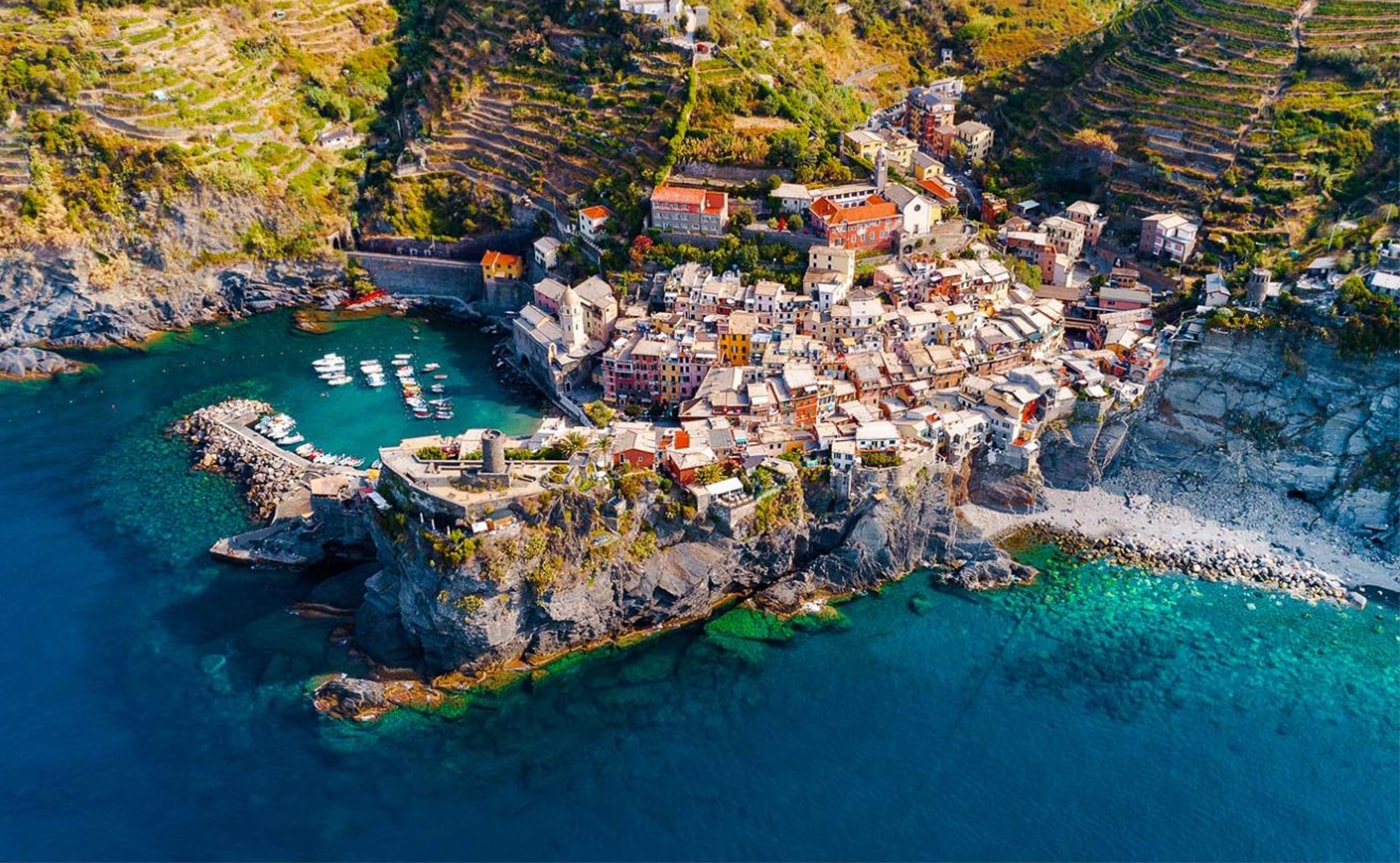 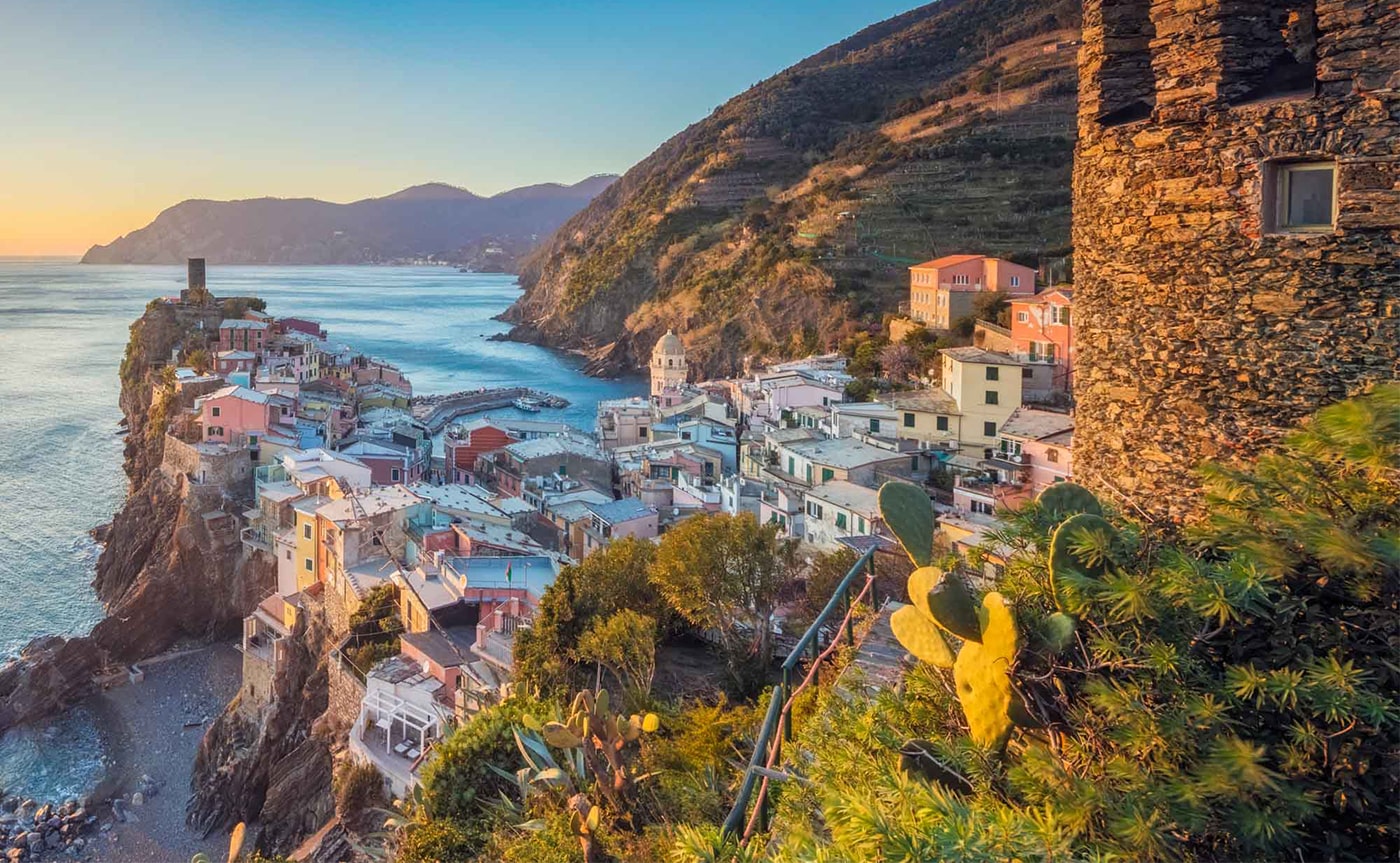 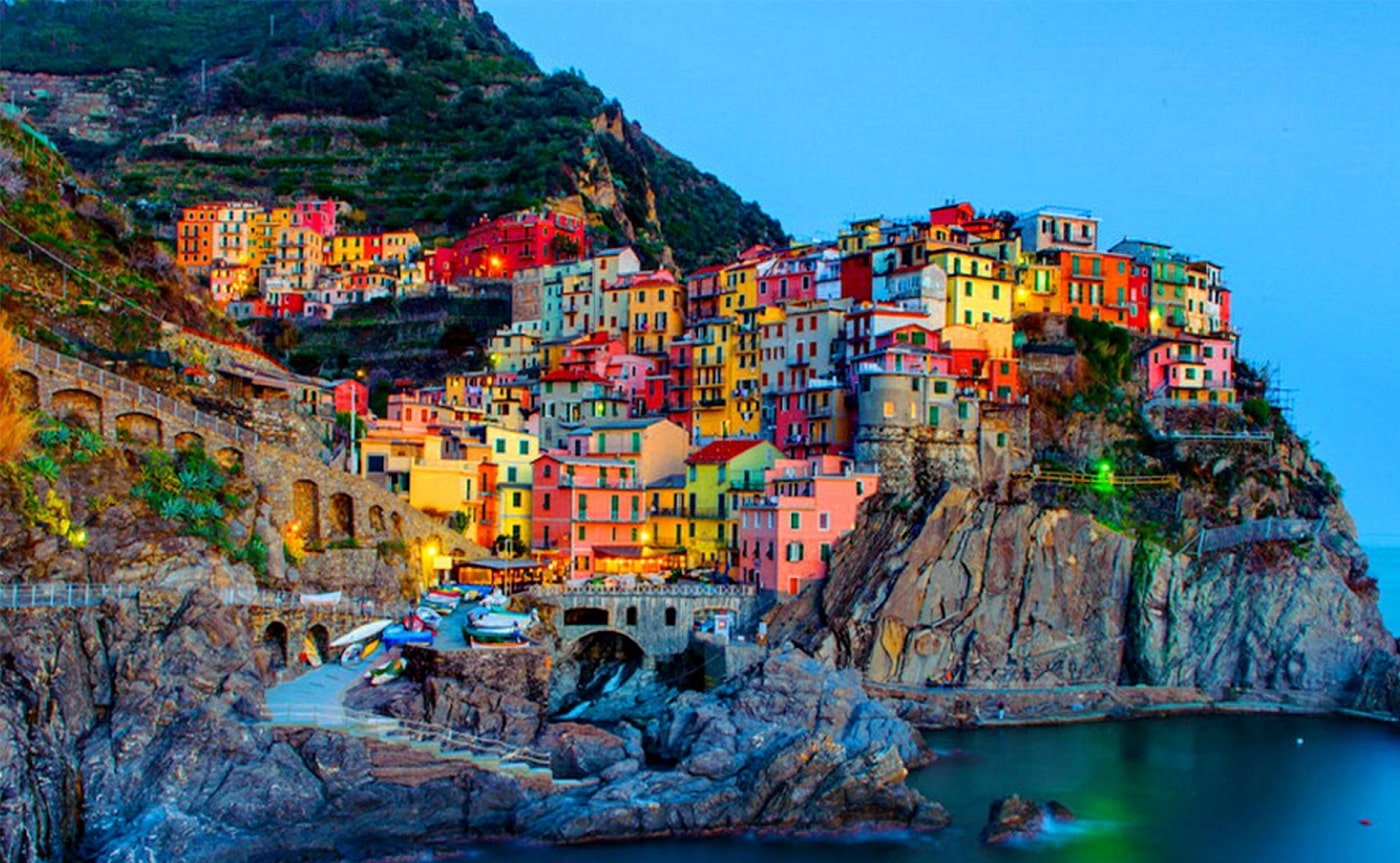 “The Cinque Terre” are one of the most unspoiled and extensive natural and semi-natural “Mediterranean” areas in “Liguria in Italy”; this is mainly due to historical and geomorphological reasons that have prevented excessive building expansion and the construction of additional main roads...

The activities practiced by man for centuries, and especially wine-growing, have contributed to creating a unique landscape, since 1997 a “UNESCO World Heritage Site”, in which the development of the typical and characteristic dry-stone walls reaches that of the famous Chinese wall. This, together with the characteristics of a crystal-clear sea, valuable architectural evidence, and a network of paths that is one of the richest and most enviable in the “Mediterranean” areas, has made “the Cinque Terre” an increasingly popular destination for Italian and foreign tourists. This is not so much the result of a successful promotional campaign as a spontaneous recognition of the uniqueness of a place, its beauty, the pleasure one derives from staying there or visiting it, even if only for a day.

One of the most famous attraction of this Italian area is “The Via dell’Amore” (the way of Love) is a pedestrian street overlooking the sea which, with a path of just over a kilometer, connects the villages of “Riomaggiore and Manarola”. Famous throughout the world for its beauty and breathtaking views, it is one of the most important tourist attractions in the area and is an integral part of “the Cinque Terre National Park” and the area declared by UNESCO as a World Heritage Site. Following a landslide in 2012, the path was closed to the public, only to be reopened in 2015 for a short distance

“Monterosso al Mare” is the largest village in “the Cinque Terre” and also the first to be documented. Composed of two settlements, the old village and “Fegina”.

The village of “Vernazza” is one of the most beautiful villages of the “Cinque Terre”, famous worldwide for its atmosphere and considered a jewel between sea and rock.

“Corniglia” is the central village of the “Cinque Terre”, the only village not in contact with the sea, which stands on a rocky promontory about 100 meters high in a basin intensively cultivated with vineyards.

“Manarola” is a very characteristic village, with colorful houses lining the main street. It stands in the valley of the Groppo stream, the final stretch of which is silted up. Gradually buried from 1950 to 1978, until then, the stream ran through the village in place of Via Discovolo, now the main street, topped by stone bridges that joined the two parts of the village.

The village of “Riomaggiore” dates back to around the 7th century and is an example of the beauty of the “Cinque Terre” and their natural environment, dominated by “Mediterranean” vegetation.

Enjoy our half day tour around these five lovely Italian villages!

Capri Island in Italy: the most enchanting places of the Mediterranean area.