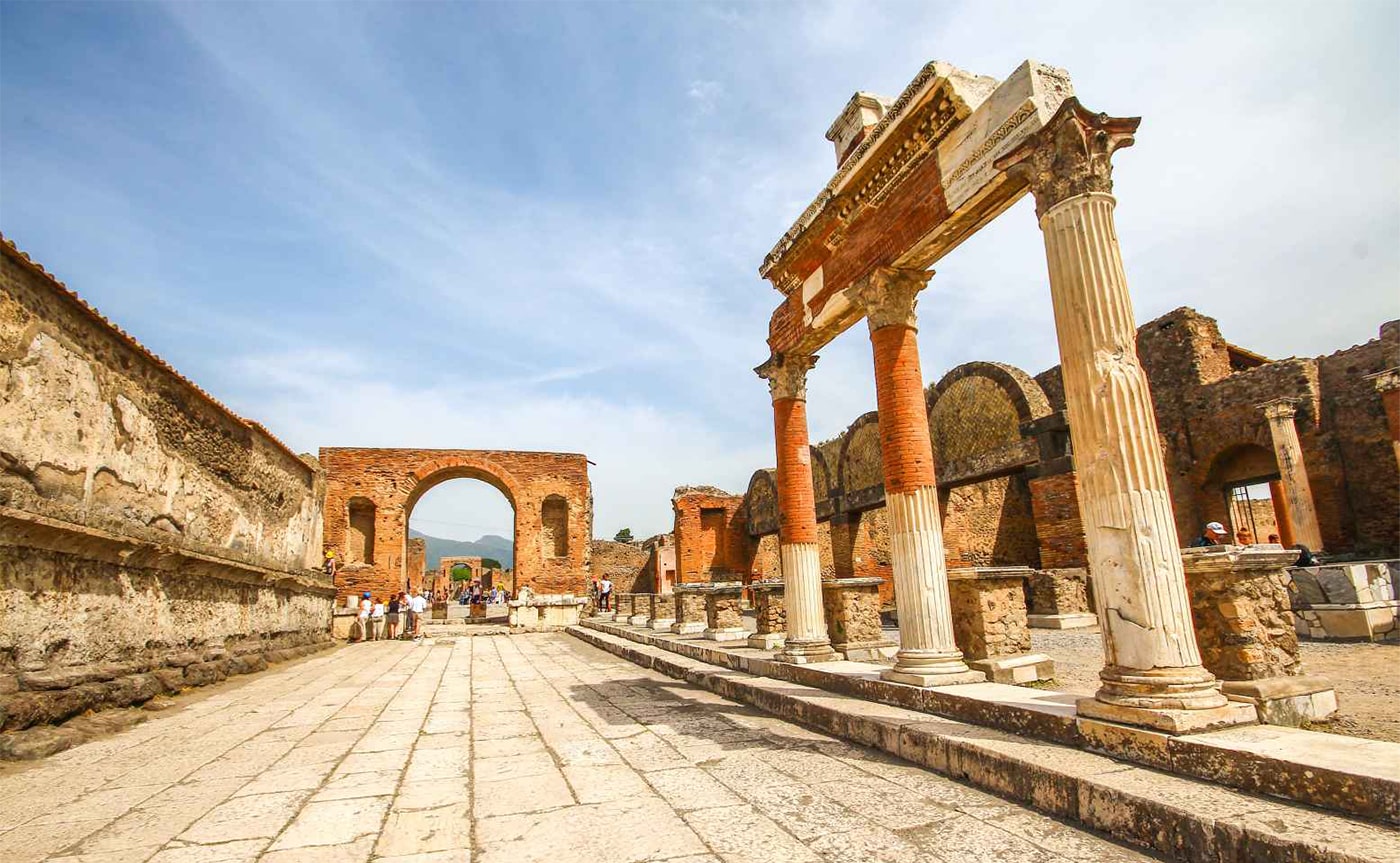 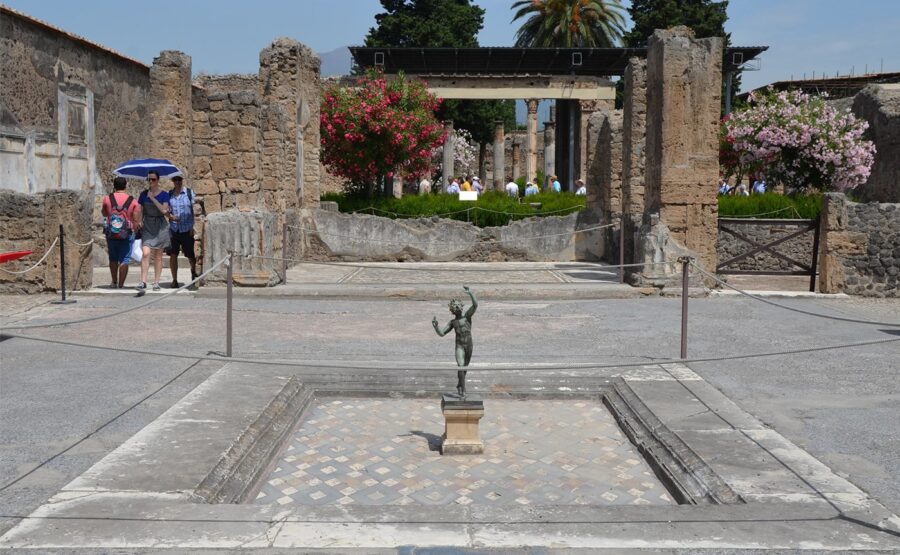 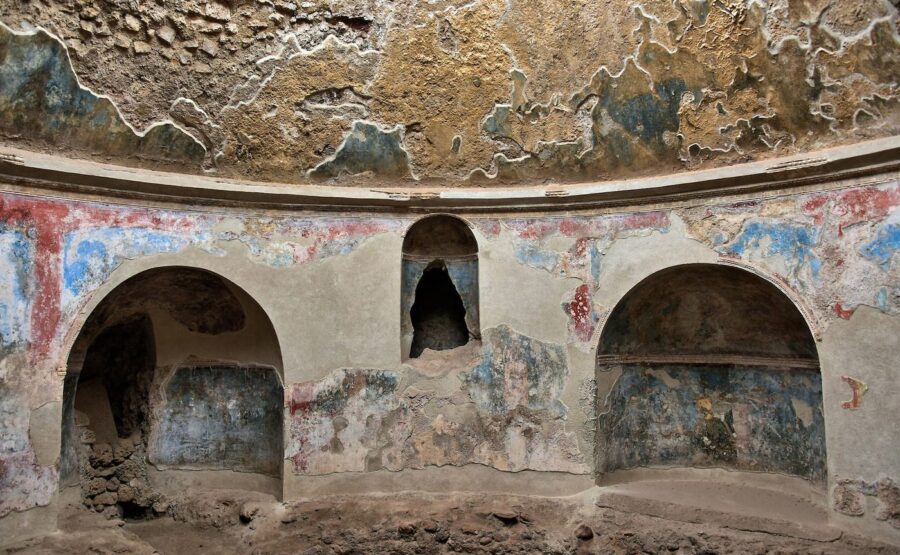 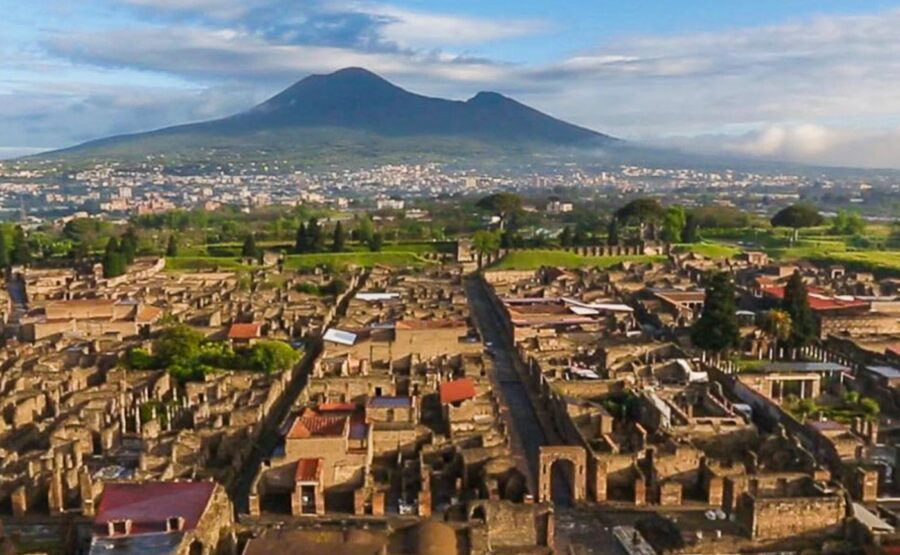 Pompeii is of the most famous Italian ancient archeological site, is a whole Roman city fossilized and preserved over time, keeping as they were its beautiful villas, houses, temples, thermal areas and Spa, the incredible foro, theaters, arenas and many public buildings...

But the unique characteristic of Pompeii is for sure the possibility to see real bodies of person fossilized in the natural position of their death. In 1997, UNESCO declared Pompeii “World Heritage”.

Our Pompeii tour take you discovering the rich roman town that in the year 79 D.C. was completely covered by the ashes of the Vesuvius volcano during a devastating eruption. Pompeii remained buried under the ashes for 1669 years, until when Carlo di Borbone the king of the two Sicilies kingdom, started the excavation of the area in the year 1748. Pompeii, due to the fast coming of the ashes and lava from the volcano arriving during the night and covering the whole city on just one hour, was completely and perfectly fossilized. Thanks at the layer of ash that covered it and the lack of oxygen under the layers, the ruins and bodies remained intacts for centuries.

With our Pompeii tour, you can visit an unmissable accessible ancient archeological site that will allow you, literally, to see the streets of Roman history and discovering incredible architectural masterpieces.

“Pompeii” became a Roman colony in the III century B.C. and thanks to its position became a very important commercial Roman port, famous in all the Mediterranean area for the export of wine and oil. This was the reason why rich Roman merchants built their “Villas” there, but beside them, also many people worked in the area, so it’s possible today to see the differences between the rich “villas” of the business man and the regular people living in standard “houses”. As all the Roman cities, even “Pompeii” have its “Temples”, “Spa”, “Foro” “theaters”, “Arenas” and many “public Buildings” perfectly preserved during the centuries.

Espresso Coffee TastingTaste espresso coffe by makers in the land where it has been inventedHistorical interestFunActivity LevelPrice from 55...
Go to the Tour

Montepulciano Tour: amazing landscapes and winery in the Chianti area.