All Europeans Guggenheim loved artists in her Venetian collection 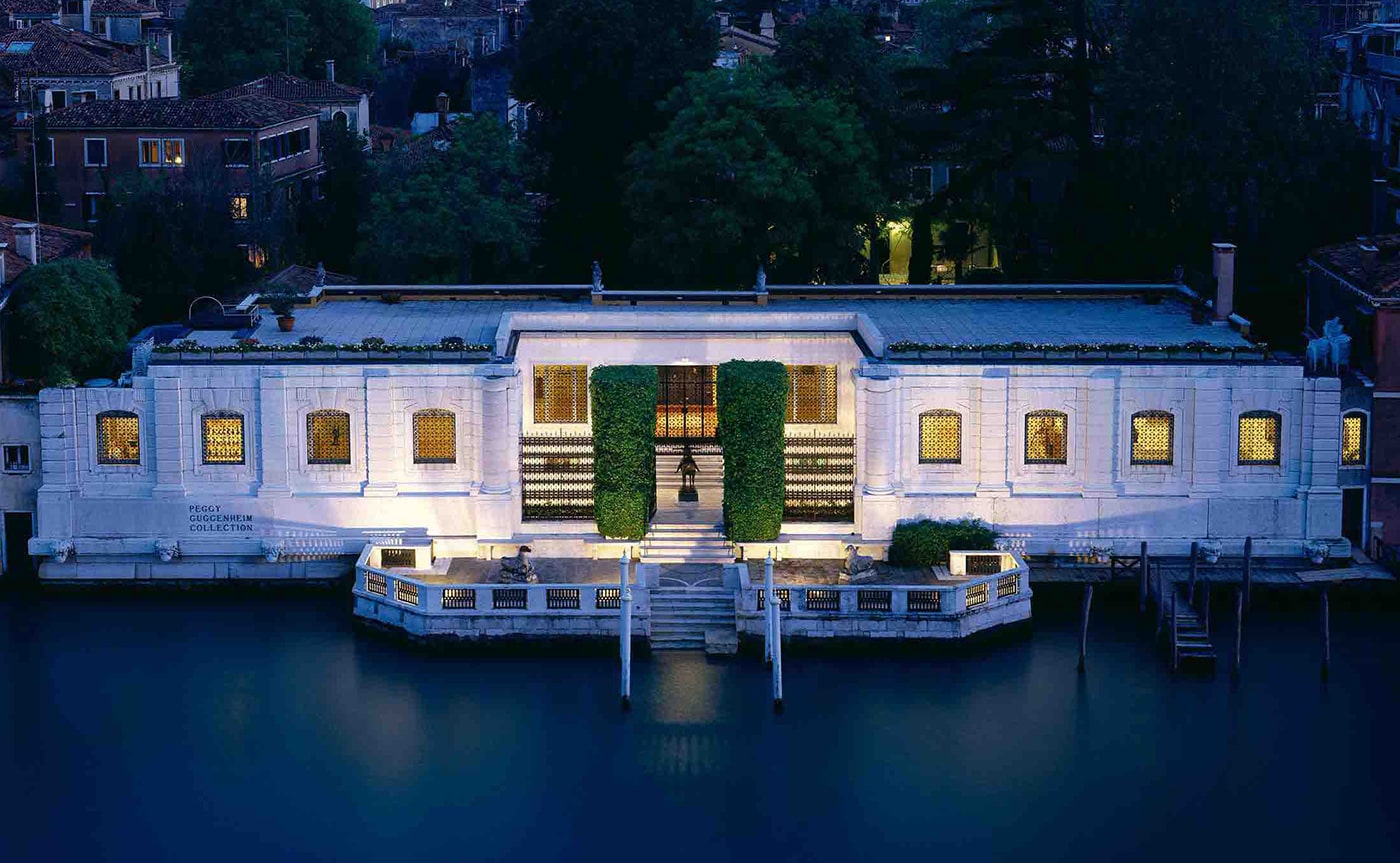 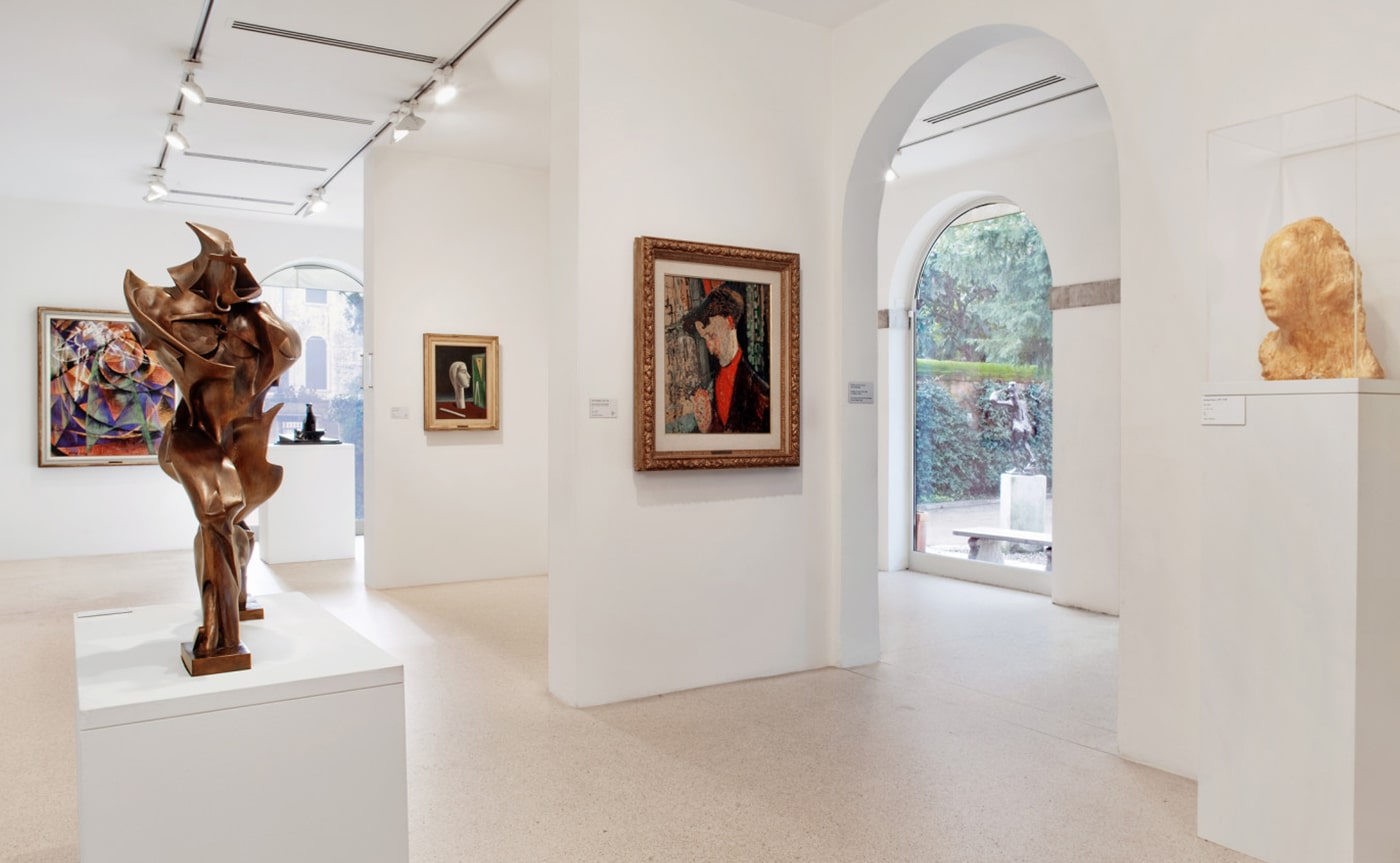 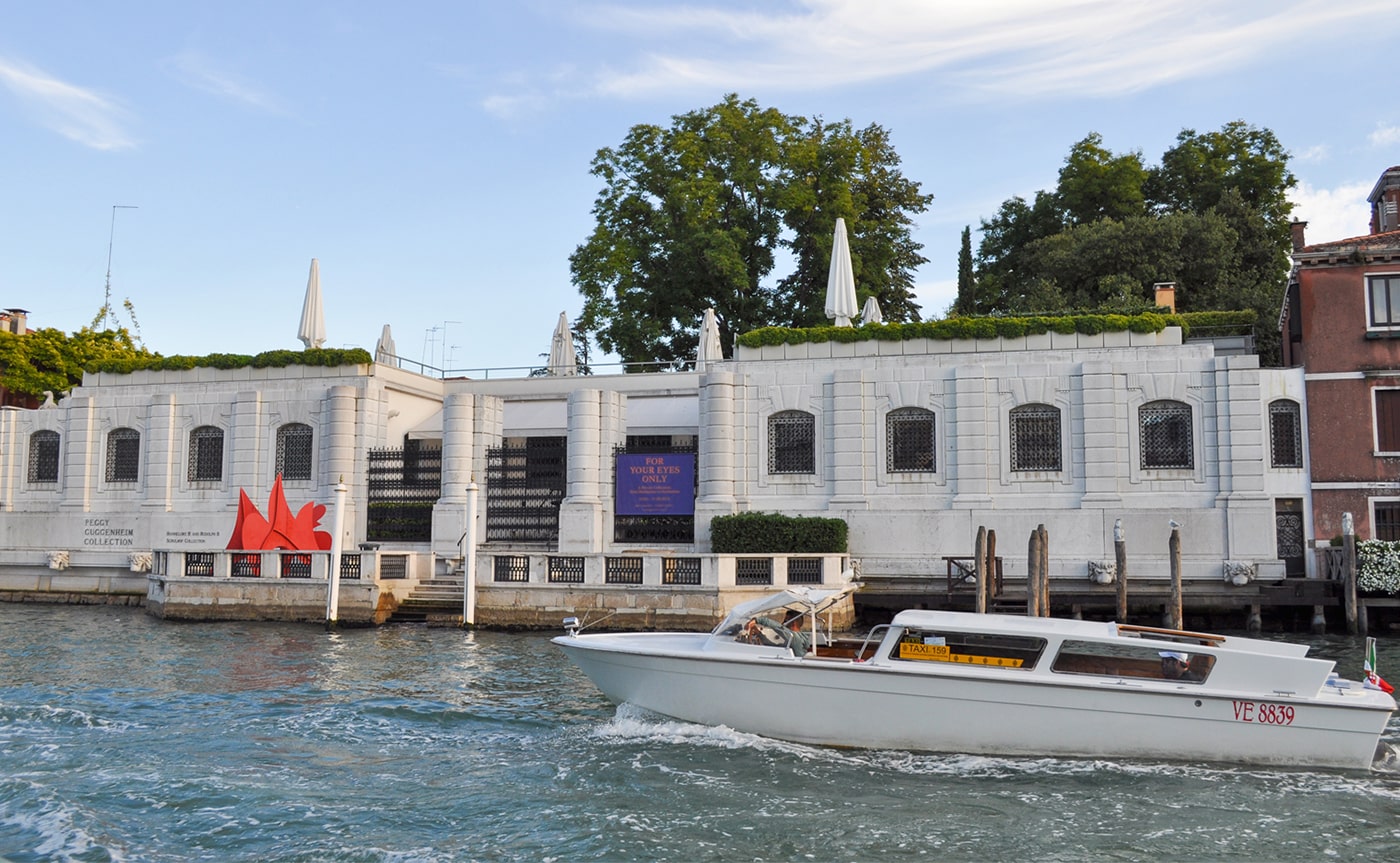 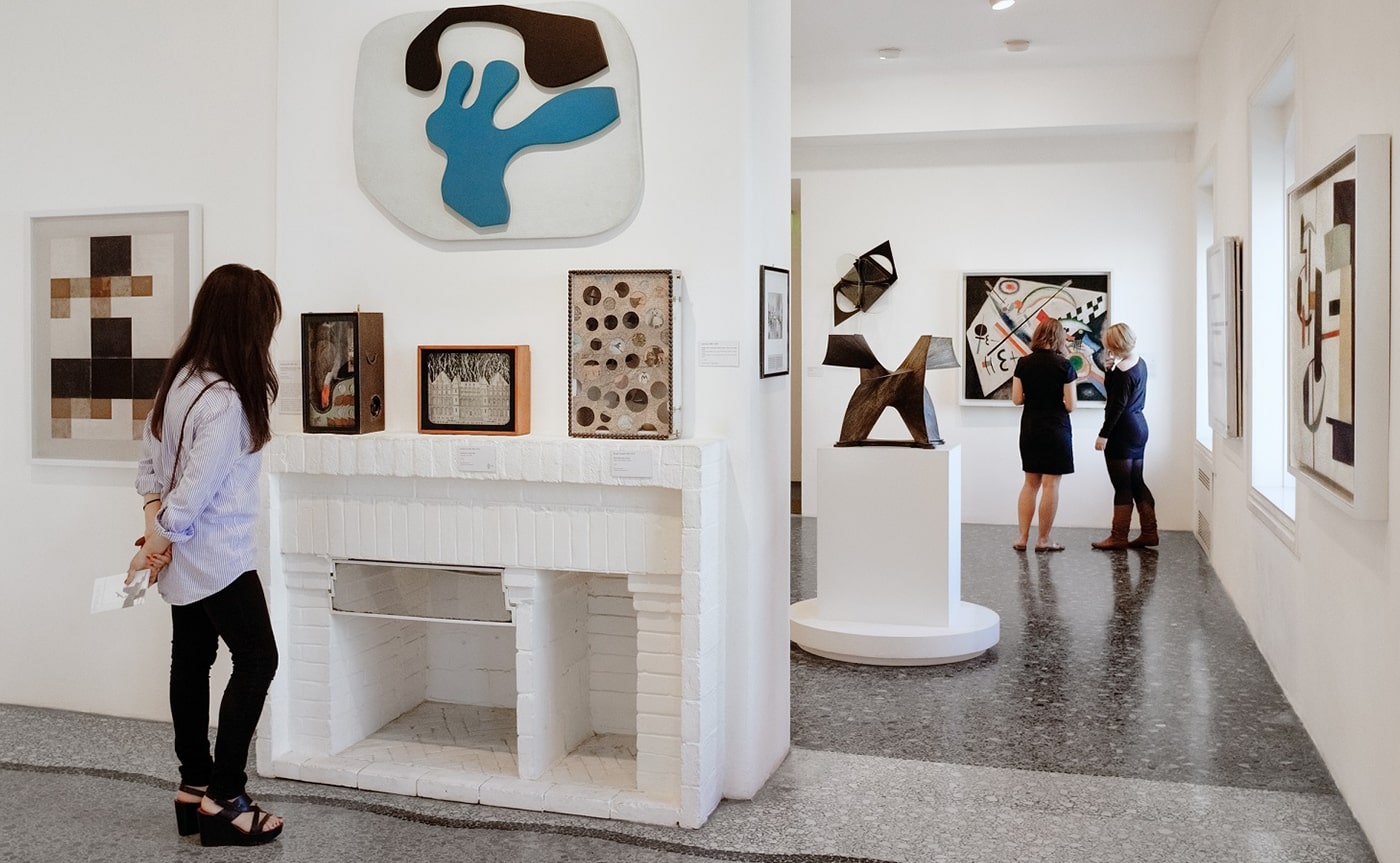 Guggenheim museum: a great palace for a great collection

Discover out Guggenheim Museum guided tour. The Guggenheim museum is one of the most beautiful museums in Venice, and efinitely worth a visit!

Every summer from 1951 to December 1979, Peggy Guggenheim loved to open to the public its collection of modern art. During Easter time of 1980, just a few months after the death of the patron (23 December 1979), Palazzo Venier dei Leoni officially reopened its doors under the management of the Foundation Solomon R. Guggenheim of New York, becoming the most important museum in Italy for European and American art of the first half of the twentieth.

Besides the personal collection of the Guggenheim, inside the museum you can appreciate the collection of Gianni Mattioli, temporary exhibitions and the beautiful sculpture garden Nasher. The museum is housed in the only building not completed in Venice, the Palazzo Venier dei Leoni, bought by the Guggenheim to create the largest museum of modern art of the ’50s. The Guggenheim collection is composed of works by the greatest artists of the time: from Picasso, de Chirico, Pollock and Kandinsky to Duchamp and Brancusi.

Works are visible in the different currents that influenced the art of the first half of the twentieth century as Cubism, Futurism, Metaphysical Painting, Sculpture Vanguard. Of great interest is the Gianni Mattioli Collection, which includes artists such as Italian Futurism representatives Boccioni, Sironi, Russolo, Carra, Balla, Severini, Soffici, Rosai, as well as some of Morandi’s paintings and a portrait by Amedeo Clemente Modigliani. The Museum continues to enhance its collections by exhibiting works donated to the Foundation Solomon R. Guggenheim and masterpieces from private collections as long-term loans.

Verona Walking Tour   "Two households, both alike in dignity, In fair Verona, where we lay our scene...." - William ShakespeareHighlights and what's...
Go to the Tour

Herculaneum TourHerculaneum, buried by the Vesuvius just before PompeiiHighlights and what's included Half Day NAPLES Excavation of Ercolano All our...
Go to the Tour

Walking Tour Valle dei Templi Valley of the Temples: the ancient Greek in SicilyHighlights and what's included Half Day     SICILY Valley of the...
Go to the Tour

Crypt of Anagni Tour – Anagni        ​ Go back 700 years in time visiting the Anagni Crypt Highlights and what's included Half Day     ANAGNI...
Go to the Tour

Helicopter Tour with lunch - Rome countrysideHow to surprise your partner? Live a unique experience! Highlights and what's included Half Day ROME...
Go to the Tour

Night safari and Tuscan happy hour     Not far from Florence, an incredible adventure is waiting for you!Highlights and what's includedVisit...
Go to the Tour