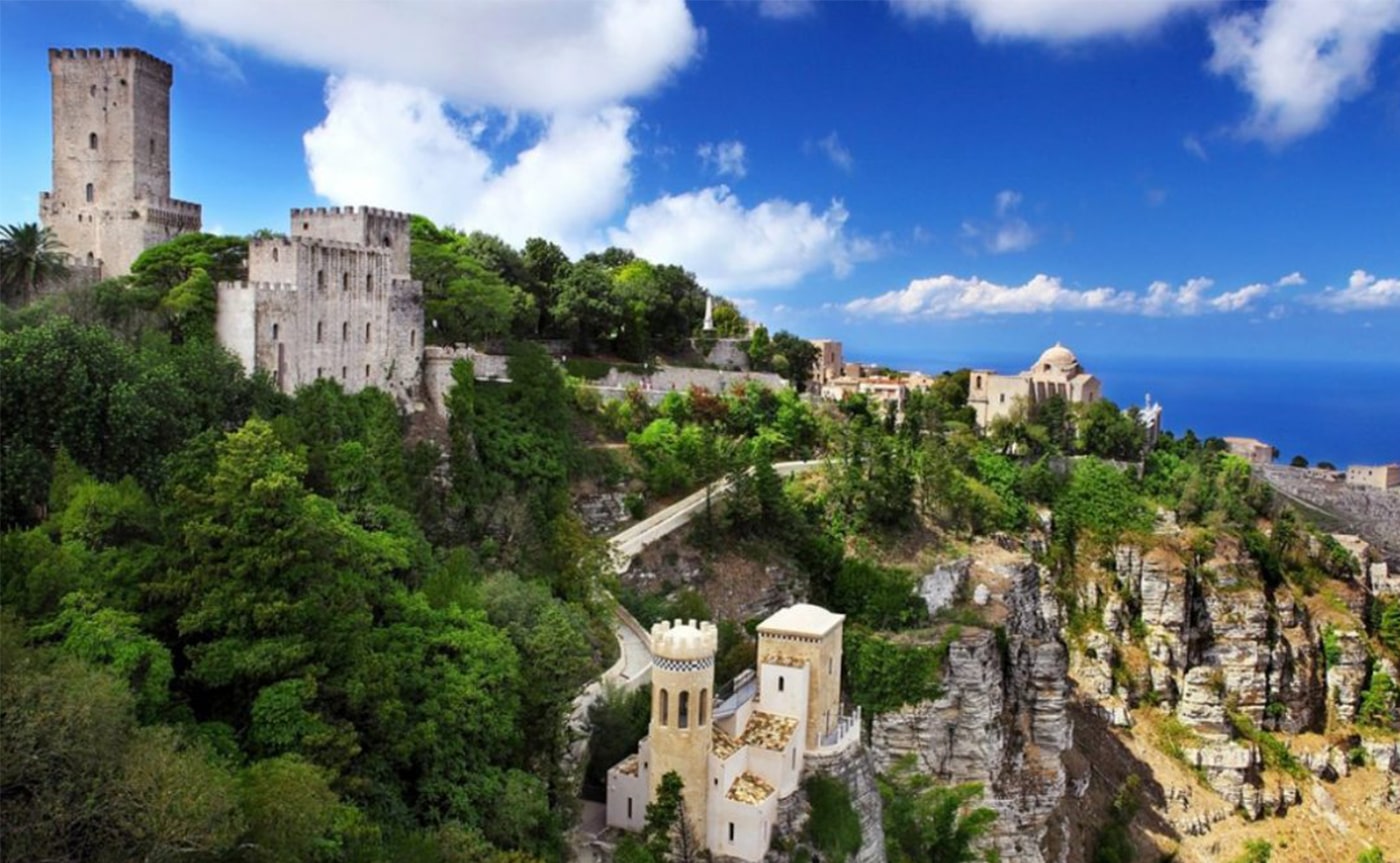 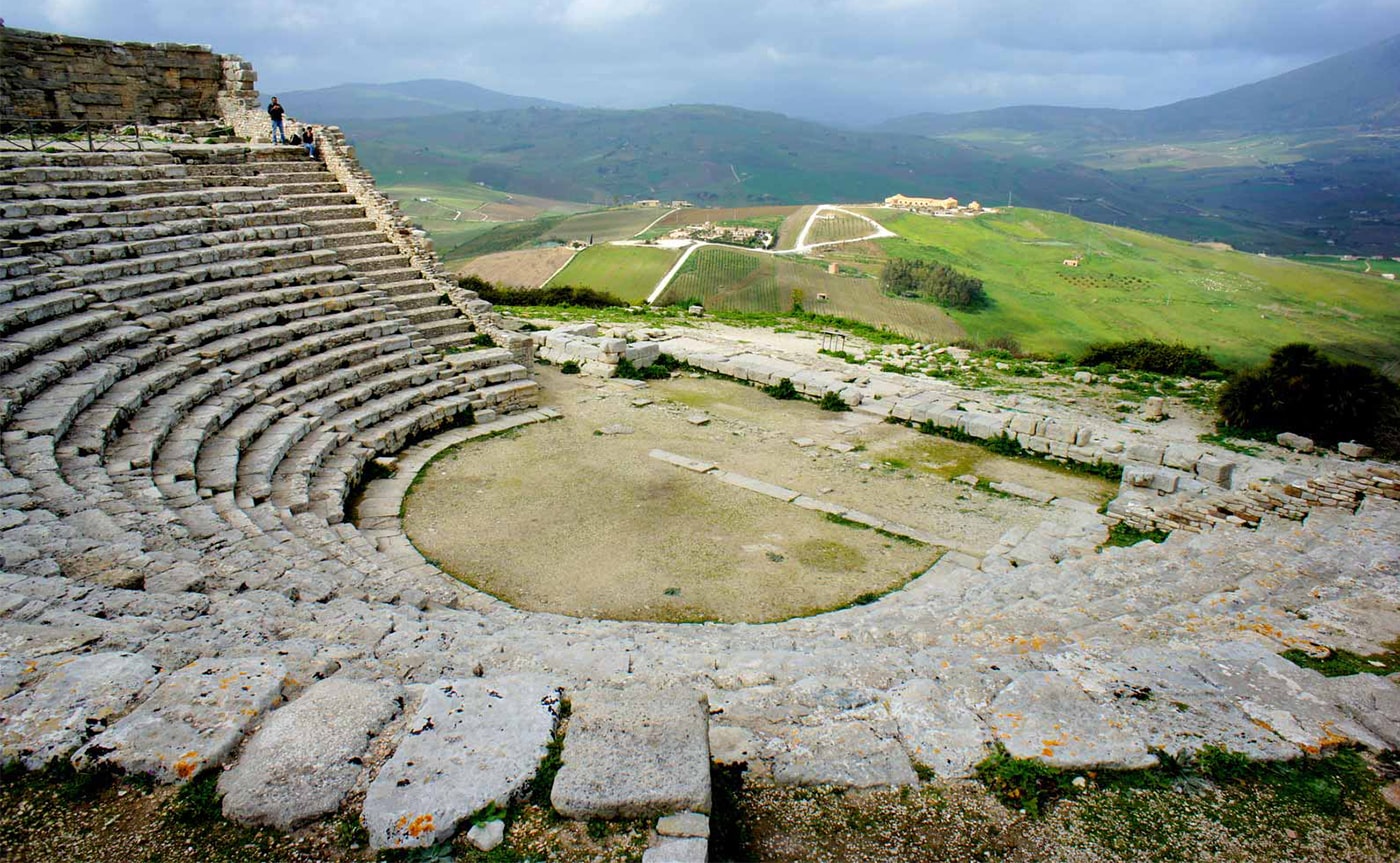 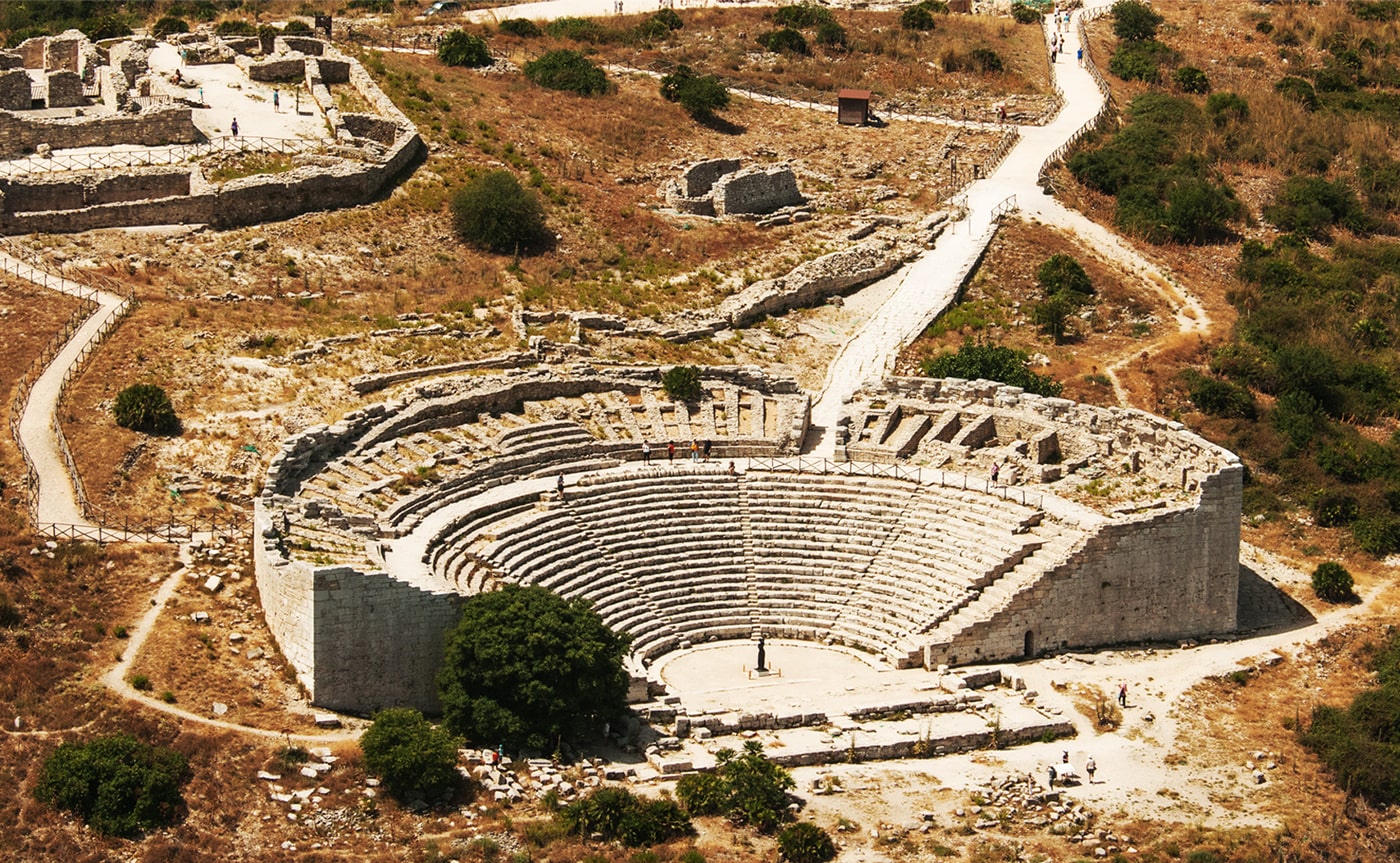 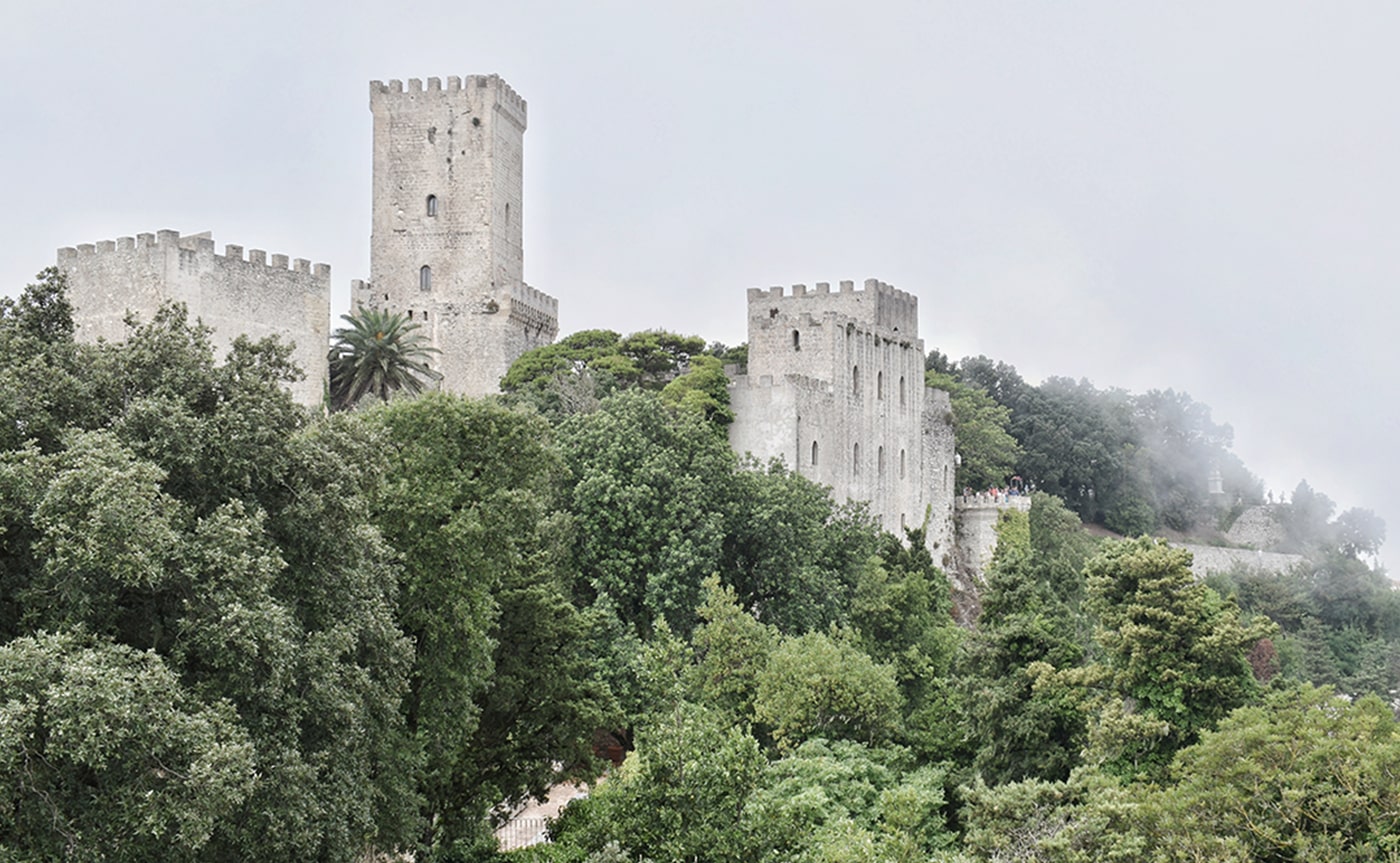 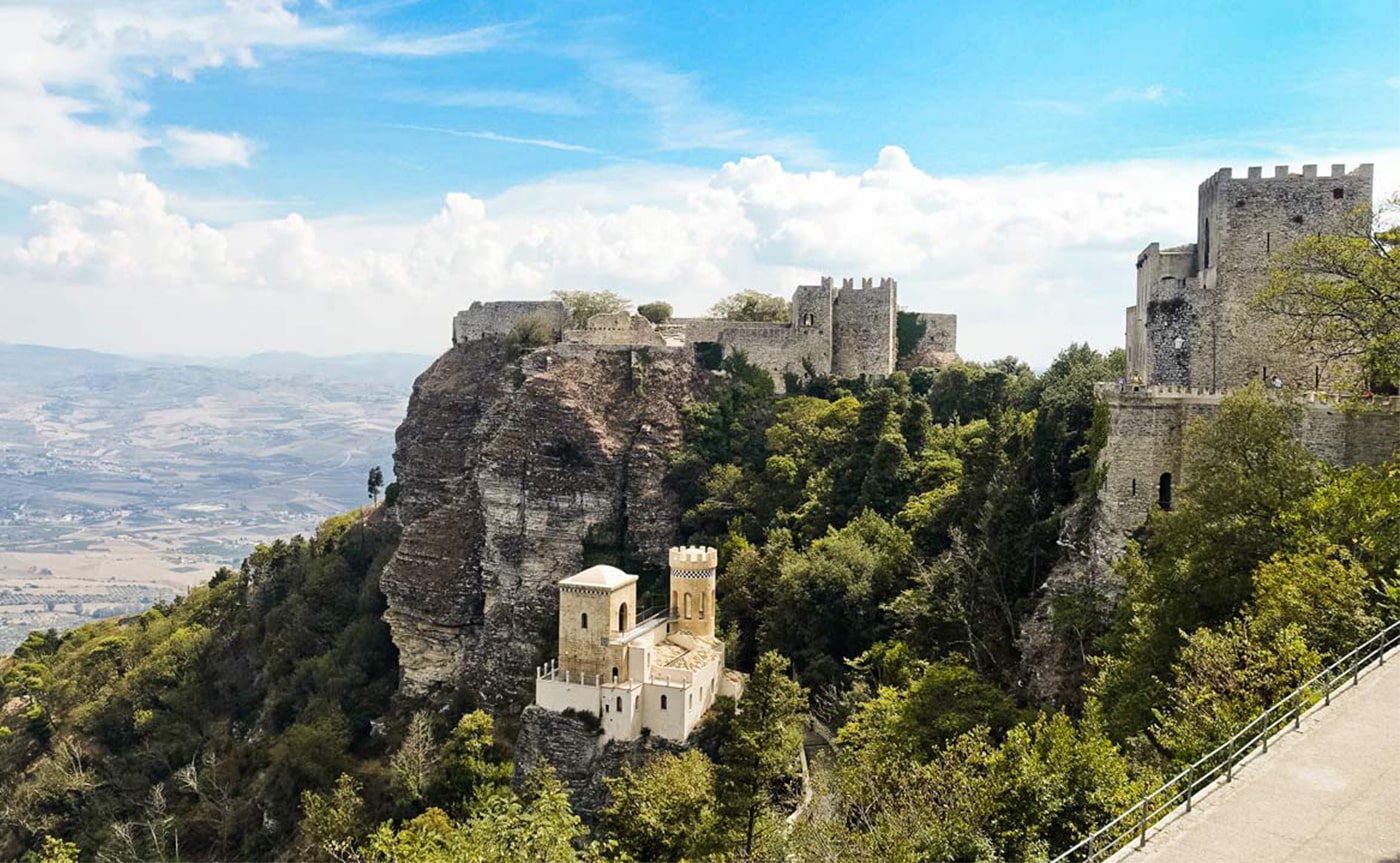 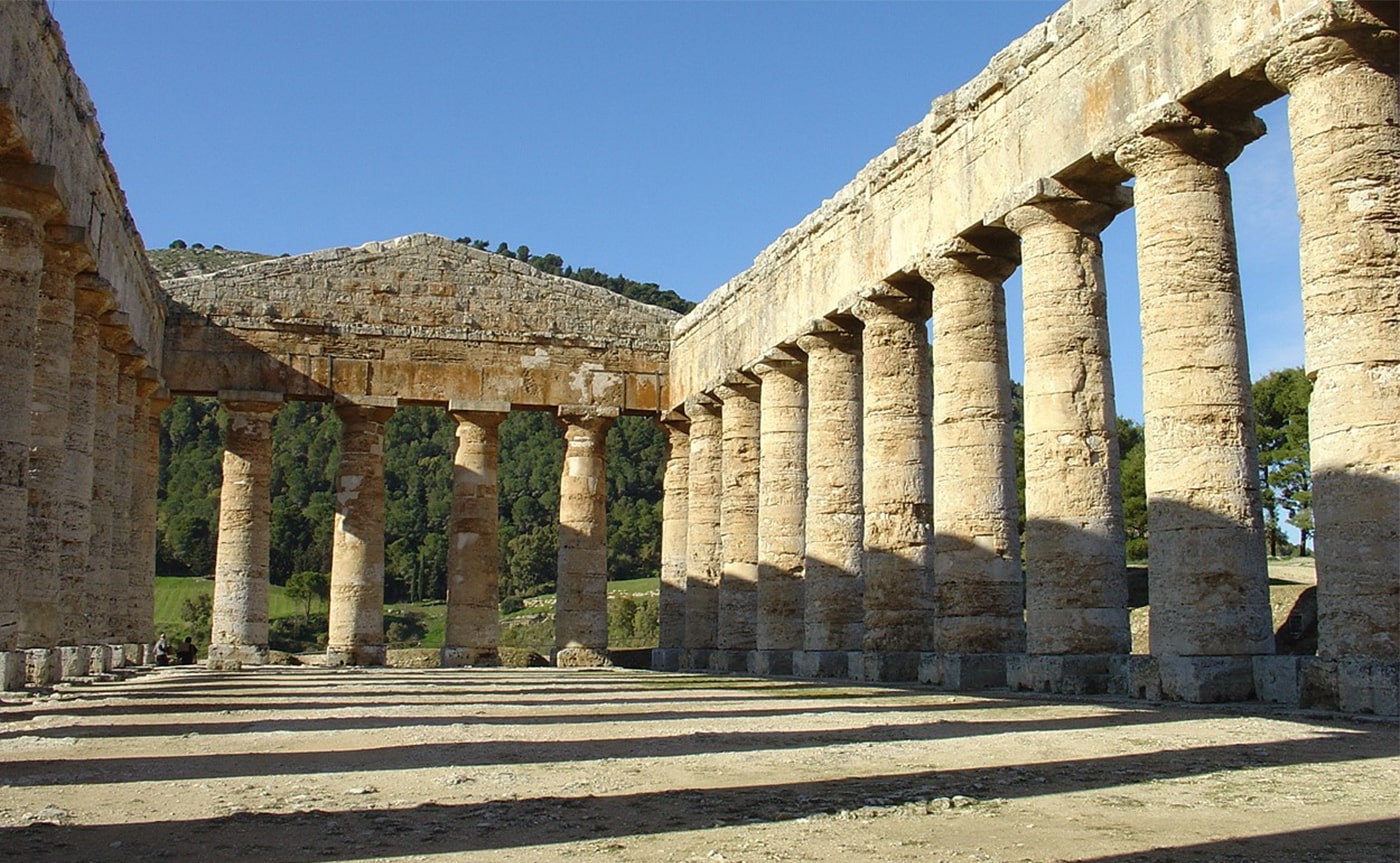 Erice is an Italian city, one of the most touristic attractions of theisland of Sicily where you can admire the center of this ancient Sicilian town and one of the most beautiful views of the city of Trapani from the top of Erice!

“Erice” is an Italian town, in the province of “Trapani”, it’s a small medieval village on the top of the mountain of the same name, whose roots go back into myth. Its thousand-year history can be felt at every step, and every corner of the village arouses emotions....

The first step of “Romeanditaly” tour is the “Cathedral” that was built in 1312 by “Frederick III of Aragon” before returning to “Palermo”, as a thank you to the city that had hosted him at a time of political crisis. Material from the “Temple of Venus” that was also used in its construction; in fact, on the outside wall, on the south side of the church, one can admire the nine stone tiles, in the shape of a cross, from the temple. The façade was later completed with an elegant rose window and a splendid portico. At its side stands the “Tower of King Frederick”, probably built over an ancient military watchtower from the Punic period. Climbing the 110 steps to admire “Erice” from above will be a bit of a chore, but it will be rewarded with an exciting sight!

Then you move at “Piazza Umberto I” is overlooked by the Town Hall and several noble palaces. The Town Hall houses the precious “Cordici Museum”, which contains a splendid Venus head from the 6th century BC. Take a break in this charming corner of the town, give yourself a few minutes to enjoy the medieval atmosphere of the place.

The other step is the “Castle of Venus”, which stands on the same site as the ancient sanctuary dedicated to the female deity of fertility. A place of worship that in ancient times attracted people from all over the “Mediterranean”. Over the centuries the cult remained the same, while the female name of the goddess changed: at the time of the Phoenicians Astarte was worshiped, with the Greeks Aphrodite and then with the Romans the cult of Venus. It was with the arrival of the Catholic Normans that the goddesses were replaced by the Christian cult of the Virgin Mary. On the ruins of the ancient sanctuary, the Normans built a fortress-castle that is still breathtakingly beautiful today.

Later, as you stroll through the village streets, you will suddenly find yourself in a beautiful garden. You will have the feeling that you have crossed a border without realizing it. The avenues of the Balio, in a sort of embrace that makes this place unique, intertwine with the streets, courtyards and ramps that make up the urban fabric of the medieval village. Railings, cast-iron streetlight, small fountains and marble stems adorn and mingle with the dense undergrowth of shrubs and hedges, creating an elegant and relaxing environment.

Join us in this magnificent Erice tour where you can admire a lost of beautiful places!