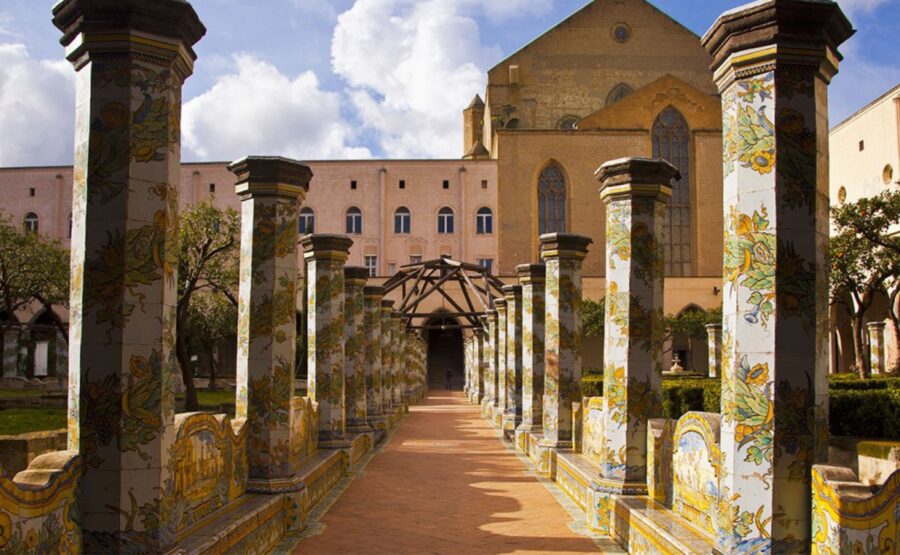 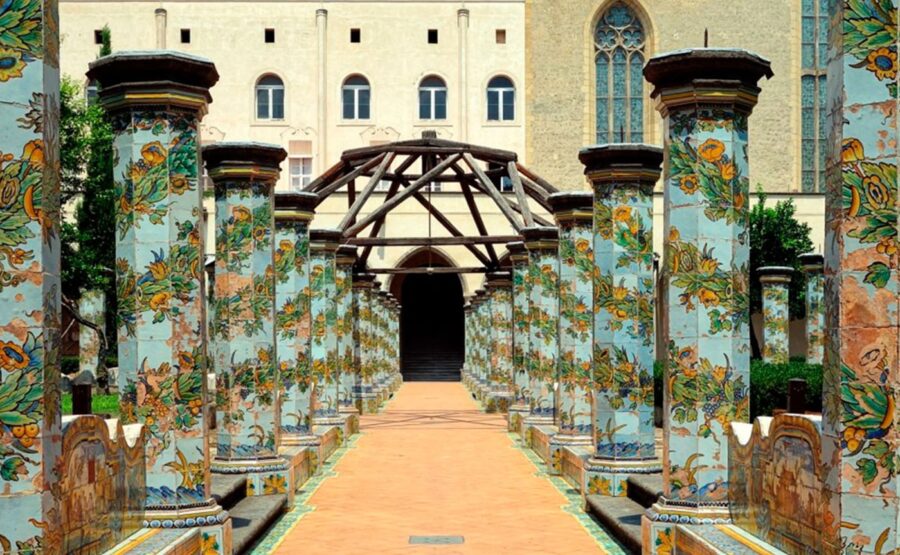 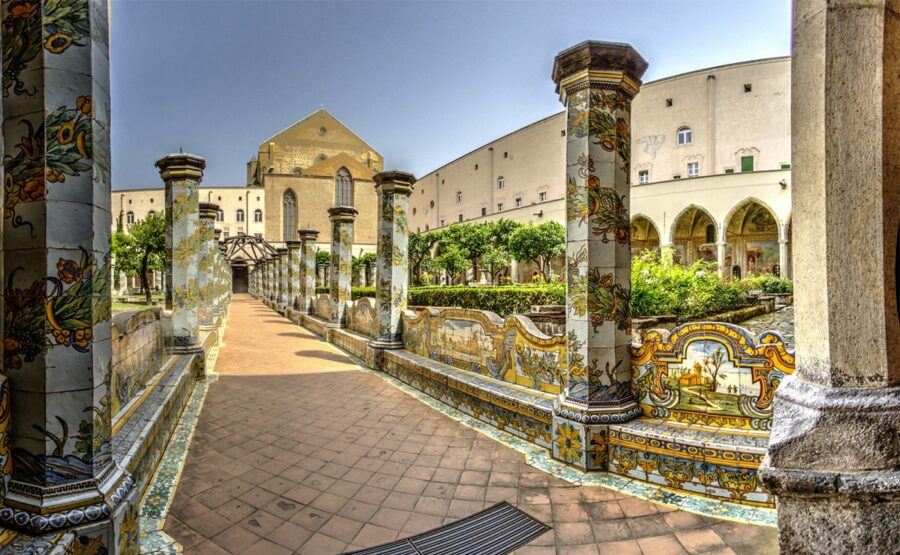 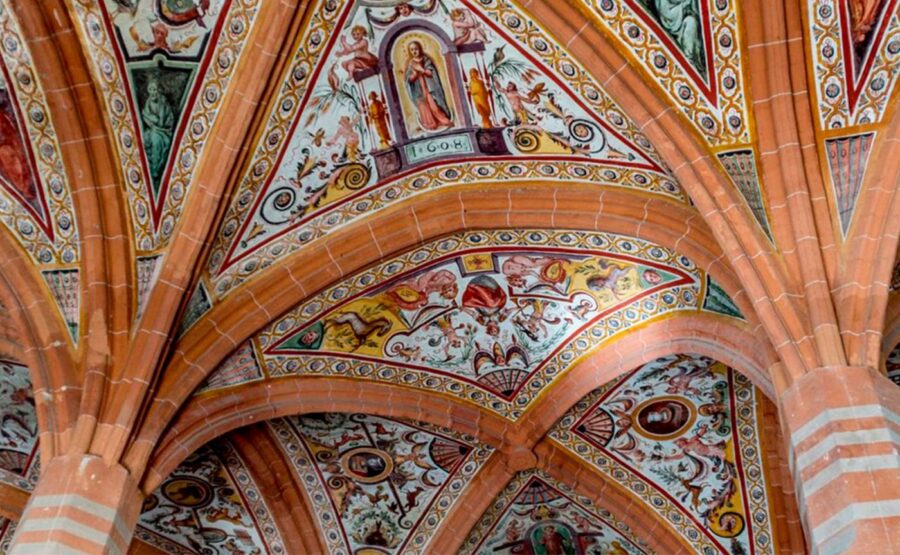 Gothic side of Naples tour is a half-day tour.

During our gothic side of Naples tour, you will be able to see several ancient accessible gothic churches and cloisters which show the magnificence of the Gothic style that spread in Naples from the end of the XII century. ...

At that time, Naples was under the dominion of the Capetian House of Anjou, ruled by king Charles I of Anjou. This dynasty, of French origins, allowed significant and constant relations between Naples and France, which resulted in a relevant importation of the arts and architectures.

The Gothic style born in France in 1144 (the Basilica of Saint-Denis in Paris is the first Gothic masterpiece) and Cistercian monks brought it in Italy just a few decades later. Slowly, this architecture became the predominant one across Naples and Italy in general, and scholars affirm that the men’s desire of reaching God was the main purpose of this style; and this goal was evident through high naves that characterized the churches in this style.

King Charles I built the “Basilica of San Lorenzo Maggiore” back in 1270. The place where it was built hosted an ancient church of the IV century, which was built, in turn, upon ruins of a pagan Basilica from the Greek-roman period. Today the Basilica keeps the original structure as it is made of a wide central nave, surrounded by two lower lateral naves.

King Roberto d’Angiò started the construction of the “Basilica of Santa Chiara” at the beginning of the XIV century. The Basilica houses his remains as well as the ones of his wife, Sancia of Majorca. The structure of the Basilica is the same of the original and inside it is possible to admire fresco realized by Giotto. When visiting the basilica, it is impossible not to appreciate the “cloister”, majolica-made and characterized by a square plan, outlined by more than sixty pillars. These pillars are linked to each other by representations of everyday life. The 4 sides of the cloister are covered by fresco from the XVII century, portraying saints and scenes from the Old Testament.

Enjoy our gothic side of Naples tour, without any worries!

The Borromini tour will take you to see the most beautiful baroque buildings in Rome.

A fascinating tour to retrace some Sicilian places where the movie starring by Jason Momoa “Aquaman” was shot.

6 underground The spectacular chase through the streets of Florence, Siena and all around Italy  Highlights and what's included Full Day...
Go to the Tour