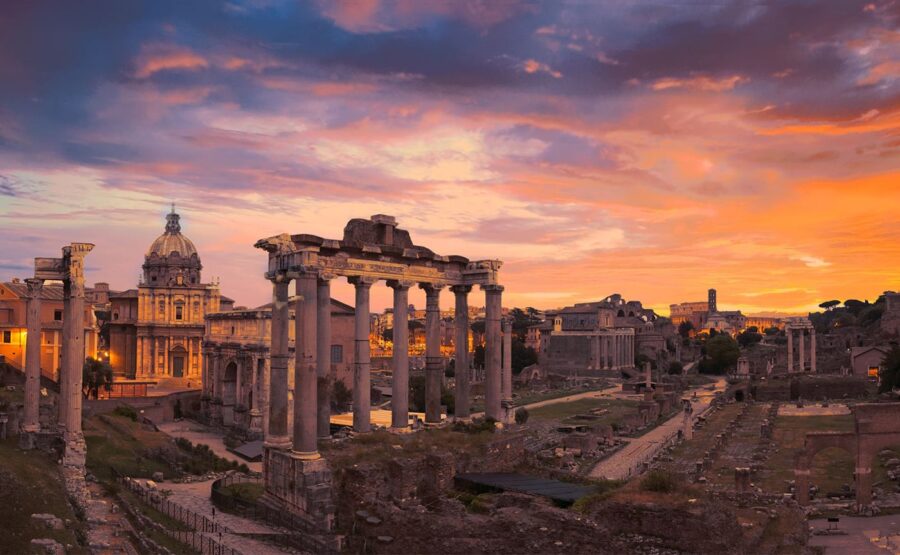 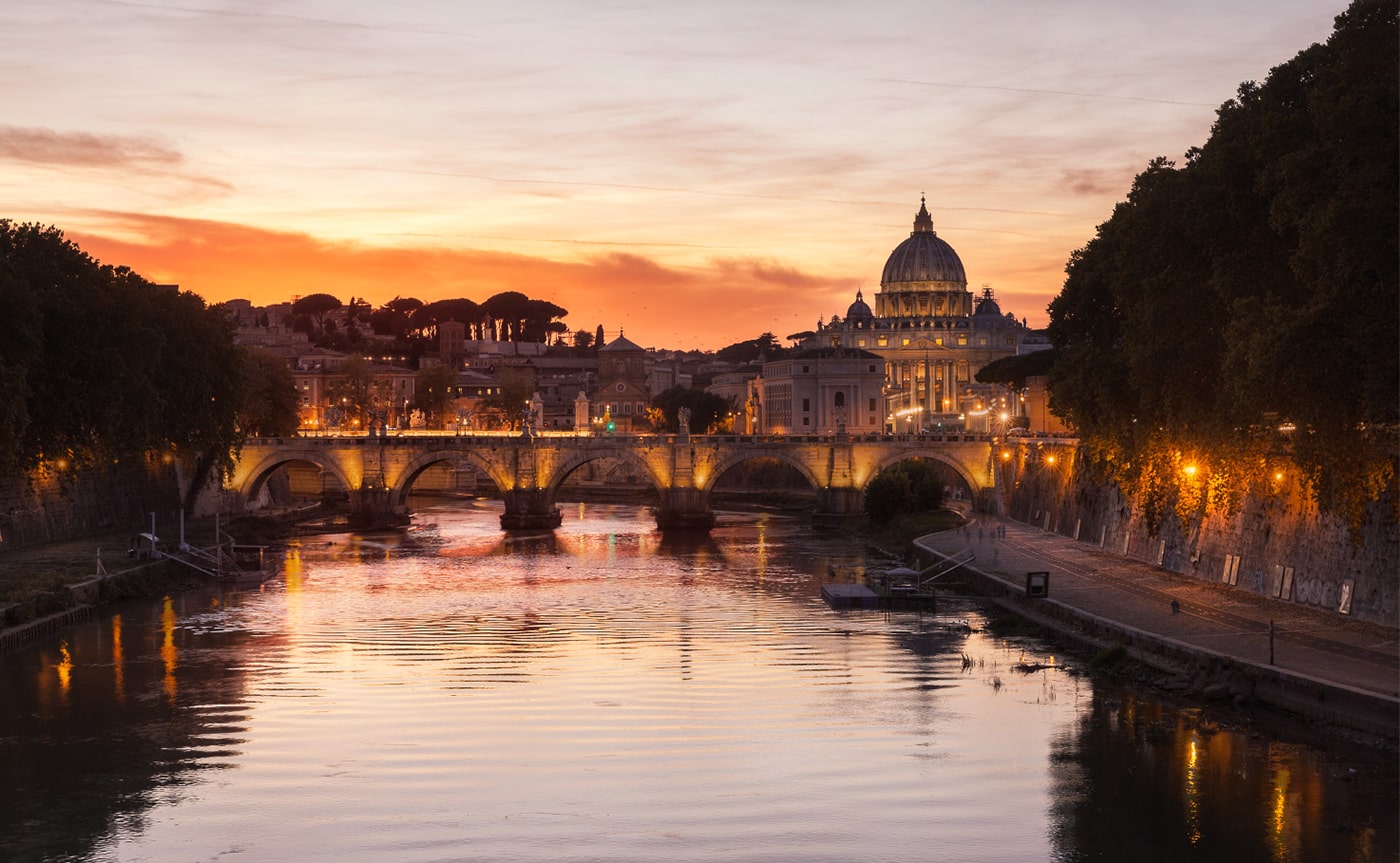 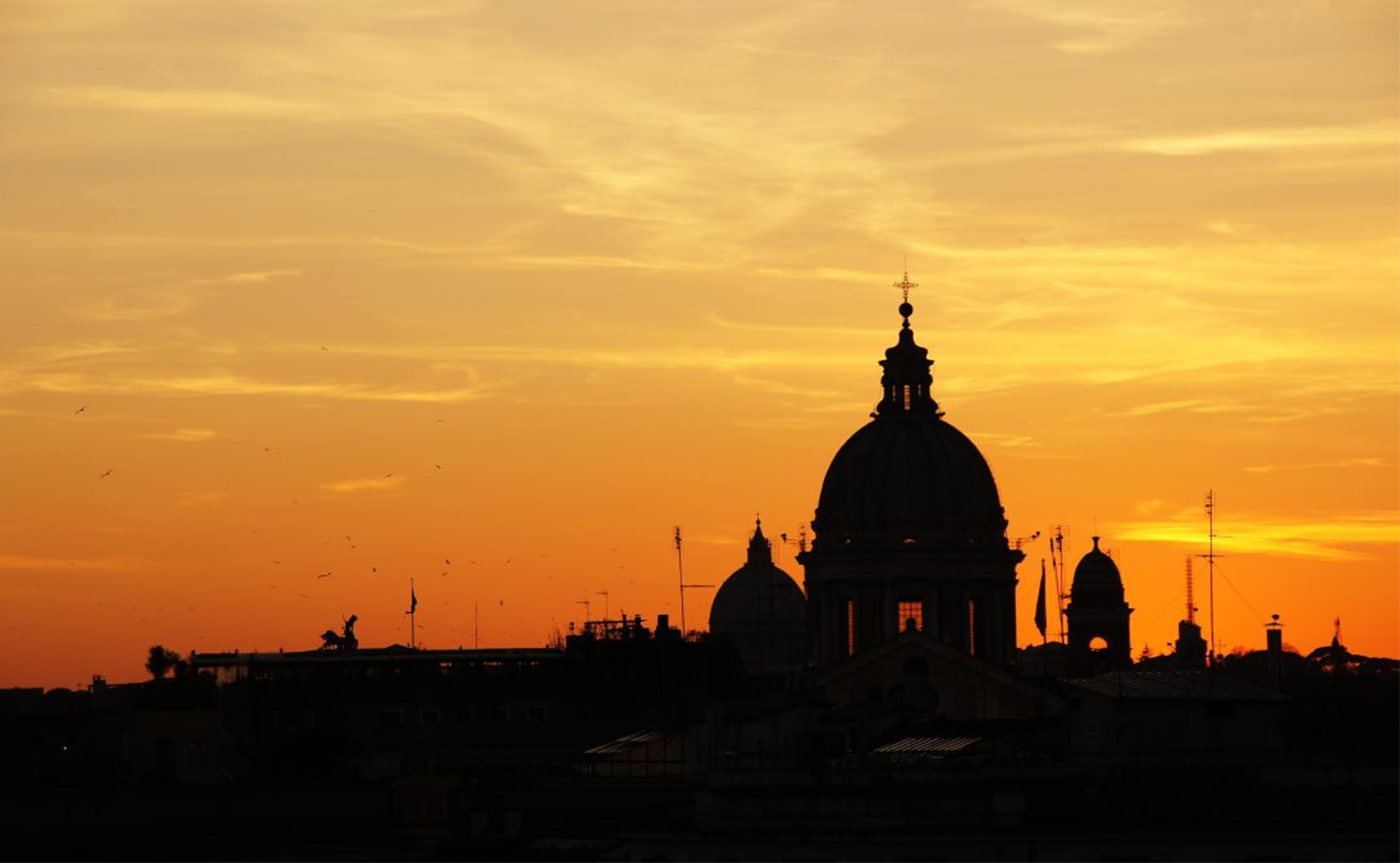 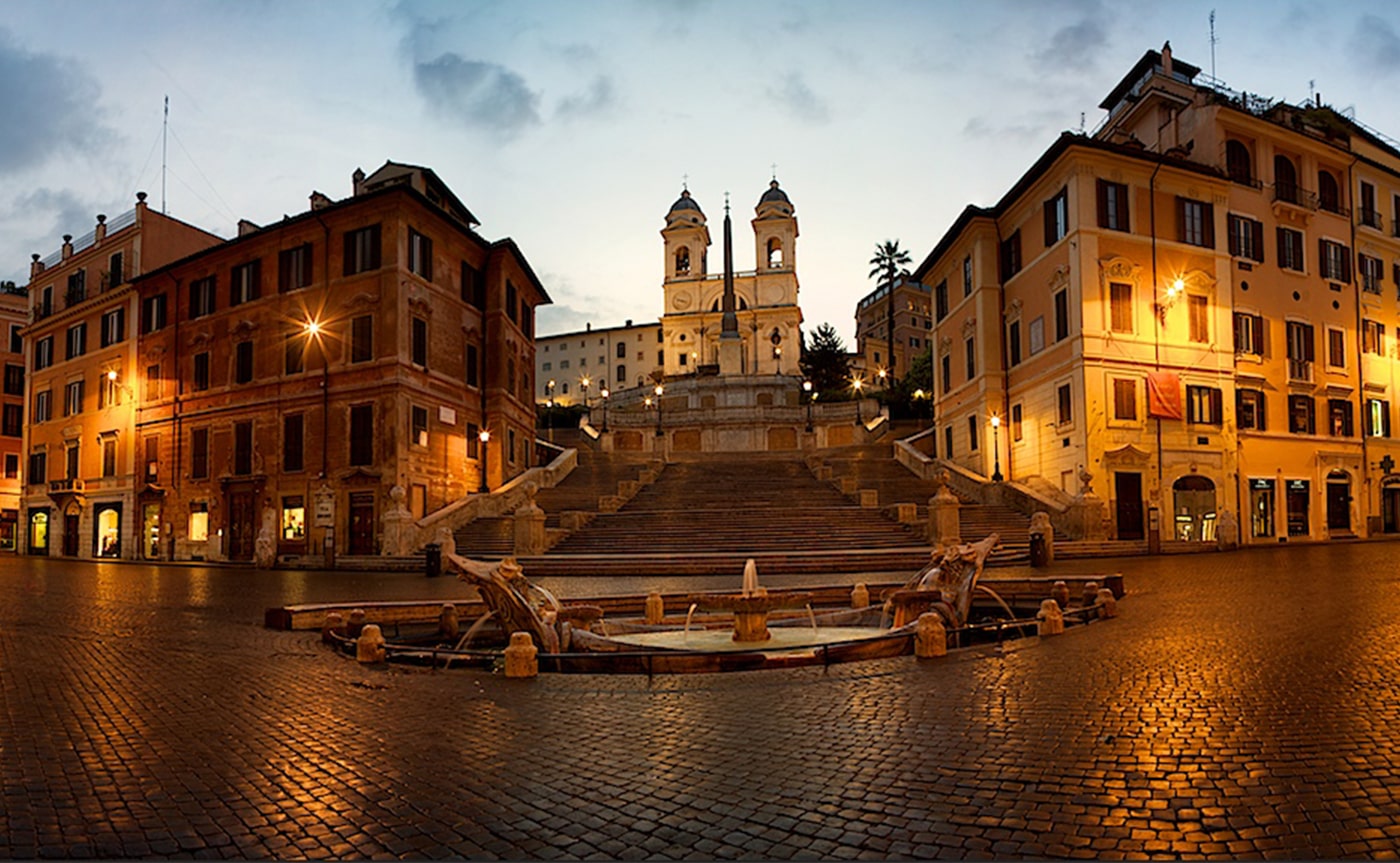 You will be comfortably seated in a private car and our driver will take you around Rome and make stops on the way to allow you to admire the highlights of Rome and take photos....

Our Rome Tour by Night professional chauffeur will show you the main attractions of the city only illuminated by the city lights. You will stop by the “Trevi Fountain” in the homonymous district, designed by Italian architect Nicola Salvi and it is considered the largest Baroque fountain in the city but also one of the most famous fountains in the world. This fountain has appeared in well-known films such as Audrey Hepburn’s “Roman Holiday” and Federico Fellini’s “La Dolce Vita”, symbol of how the world perceived life in Rome in the 60s. When the sun is about to set, this fountain is artistically illuminated and will allow you to take breathtaking photos and why not, toss a coin into the fountain in the hope of returning to Rome soon.

Another stop of the Rome Tour by Night is “Spanish Square” “Piazza di Spagna”, named after the “Palazzo di Spagna” which is the seat of the Embassy of Spain to the Vatican. This square is located at the bottom of the beautiful “Spanish Steps”, inaugurated by Pope Benedict XIII during the 1725 “Jubilee”, and which during spring is completely decorated with colorful flowers. At the center of the square is the famous baroque-style “Fountain of the Boat” sculpted by Pietro Bernini and his son Gian Lorenzo, largely famous around the world for his masterpieces.

Other must-see monument at night is the outside view of the “Colosseum”, the most famous and ancient oval amphitheater in the world today and also known as the “Flavian Amphitheatre” due to the fact that it was built during the reign of emperors Vespasian, Titus and Domitian who were known as the “Flavian dynasty”. Even though it was ruined because of earthquakes, the “Colosseum” is an iconic symbol of Imperial Rome and listed as one of the “New 7 Wonders of the World” since 2007.

Rome Tour by Night also includes an outside view of the “Pantheon”, a former Roman Temple which now is a Catholic Church. It is mainly known for its spectacular dome which has a hole (or “eye”) at the center, the point of connection between the temple and the sky.

The Rome Tour by Night cannot exclude an outside view of “St. Peter’s Basilica” in “St. Peter’s Square” and “Saint Angel Castle” “Castel Sant’Angelo”, the two linked by the beautiful “Road of the Conciliation”. The “Basilica” is the famous residence of the Pope and a center of pilgrimage for Christians from all places in the world. The homonymous square was constructed around the obelisk and features the two parts of the colonnade which represents “the arms of the Catholic Church reaching out to welcome its communicants”. Castel Sant’Angelo was formerly a mausoleum for Roman emperor Hadrian and his family, then a residence for the popes and a prison but is now a museum.

Last but not least, our professional driver will take you to the panoramic “Gianicolo Terrace”. From here, you can admire “St. Peter Basilica”, “Pantheon’s Dome” and the “Vittoriano” from above and you can experience the most breathtaking view on Rome and take your photos with the best background.