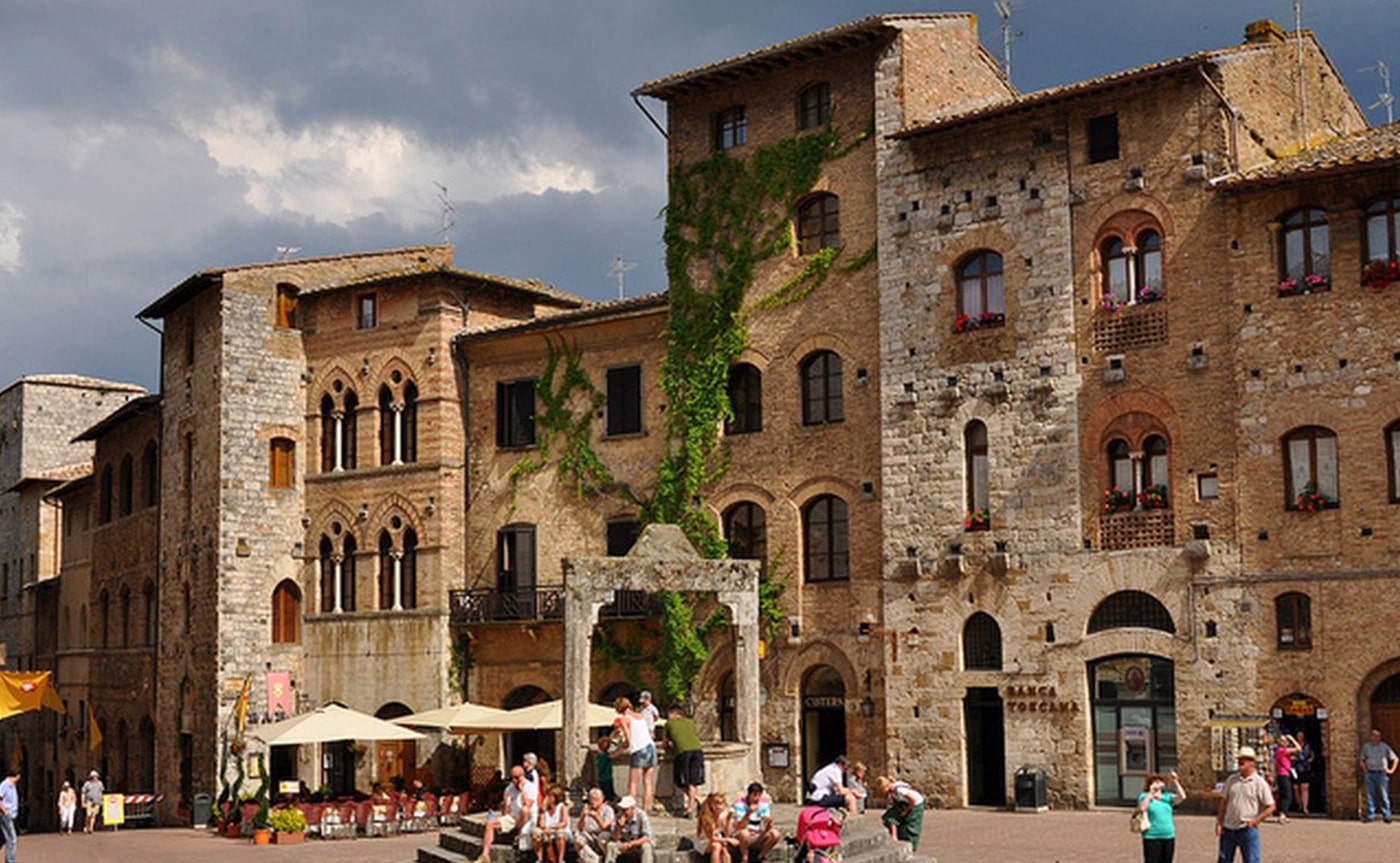 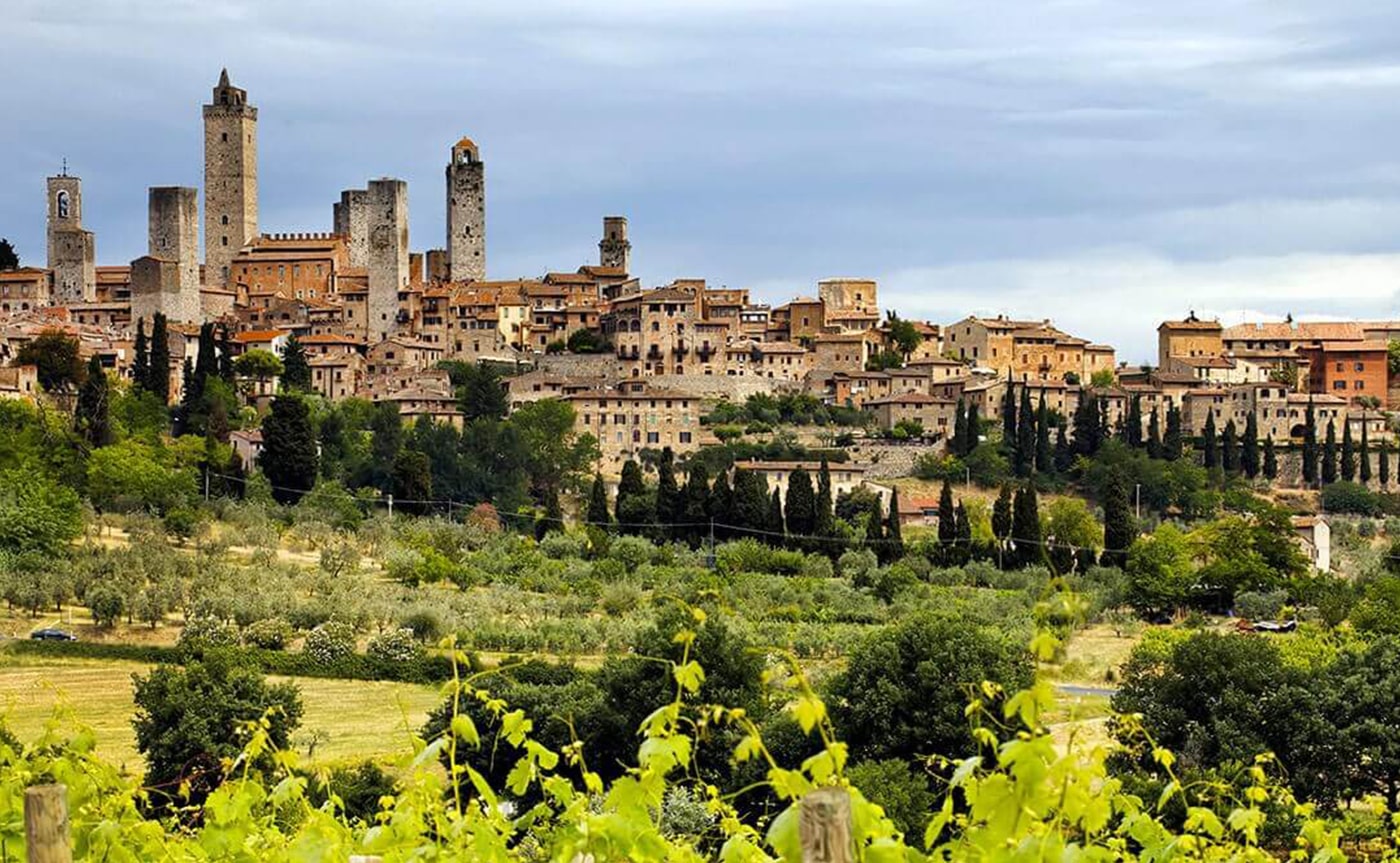 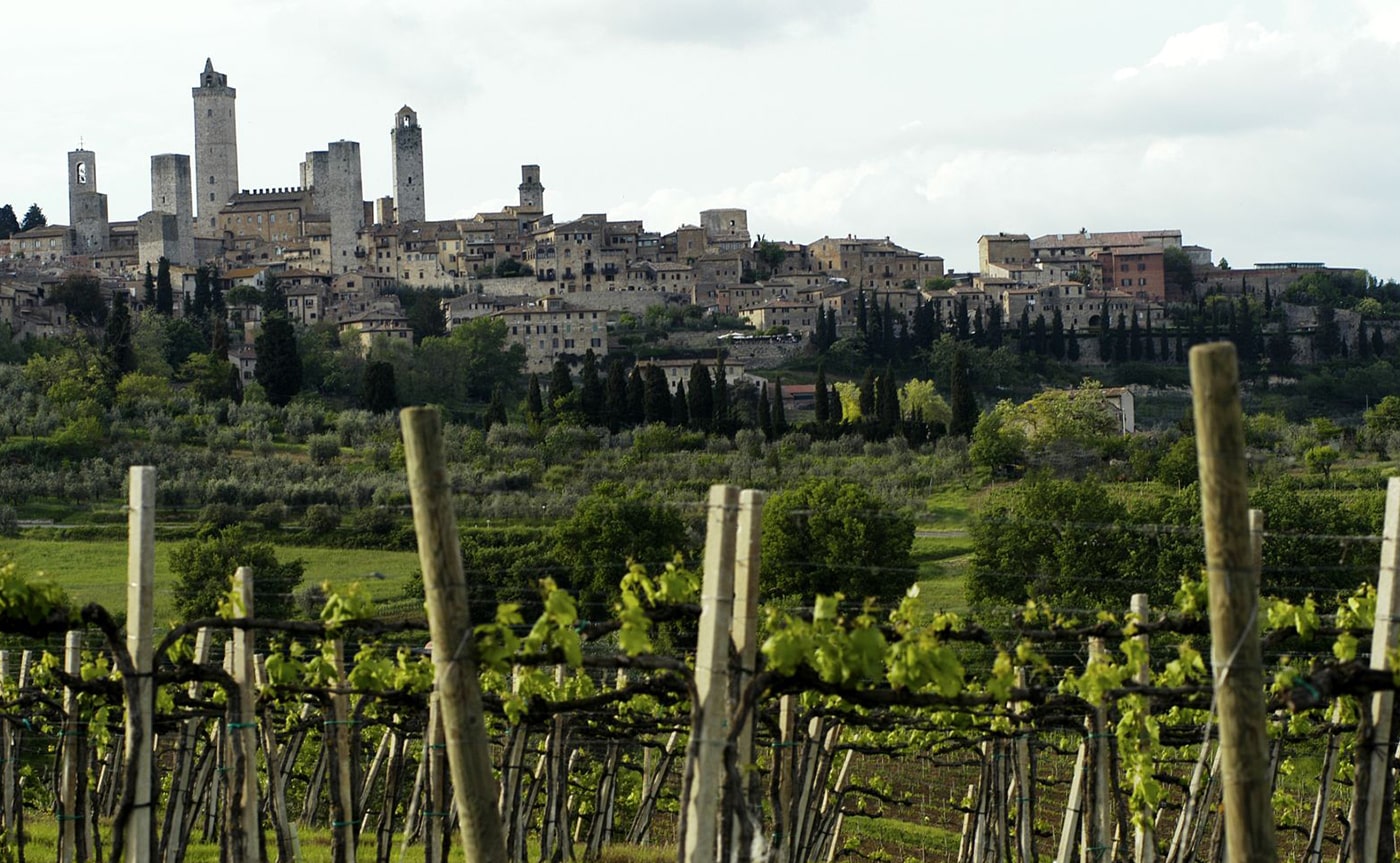 The San Gimignano tour will take you to an half day guided tour in one of the wonderful village of Tuscany, Italy.​

“San Gimignano” is a hill town in “Tuscany” located southwest of “Florence”, in “the province of Siena” in Italy. Surrounded by 13th-century walls, the centerpiece of its historic center is “piazza della Cisterna”, a triangular square lined with medieval houses. “Etruscans, Romans”, the land of the struggles between “Guelphs and Ghibellines”, republic and then Duchy of Tuscany, its history is found all in the vestiges of a timeless city....

For the characteristic medieval architecture of its historic center, it has been declared a World Heritage Site by UNESCO. The site of “San Gimignano”, despite some nineteenth-twentieth-century restorations, is mostly intact in its thirteenth-fourteenth century appearance and is one of the best examples in Europe of urban organization of the municipal age.To visit “San Gimignano” is to be completely immersed in the atmosphere of a 14th-century town; its appearance has remained largely intact and the town is still one of the best European examples of urban organization from the communal era.The characteristic feature of this town – which any tourist will notice even from a distance – are the spectacular and unmistakable towers that dominate the landscape, each of which has its own story to tell. Until the middle of the 14th century, the village experienced a period of economic and artistic wealth, thanks also to the merchants and pilgrims who travelled along the “Via Francigena”. The road passed through this beautiful village and still divides it into two parts. This is the period during which the town’s major families challenge each other to build the highest tower to prove who has the most power. Excluded from this competition was the municipal tower, known as “la Rognosa”, which by municipal decree had to remain the highest. Around 1300 there were more than 70 towers, equal to the number of wealthy families in the area, while today there are only thirteen. This same period saw the start of a process of architectural renewal which, in addition to the extension of the walls, saw the construction of numerous palaces, churches and convents, enriched by illustrious works of art, around “Piazza della Cisterna and Piazza del Duomo”.

“San Gimignano” is especially famous for the medieval towers that still stand out on its panorama, which have earned it the nickname of Manhattan of the Middle Ages. Of the 72 towers and tower-houses, existing in the golden age of the Municipality, twenty-five remained in 1580 and today fourteen. The oldest is the “Rognosa tower”, which was built at the beginning of the 13th century. The highest is the Torre del Podestà, also known as “Grossa Tower”, of 54 meters. A regulation of 1255 prohibited private individuals from erecting towers higher than the “Rognosa tower”, even if the two most important families, “Ardinghelli and Salvucci”, had two slightly lower towers of almost equal size built, to demonstrate their power.

In the wonderful village of “San Gimignano” you can visit “the Collegiate Church”–also commonly known as “the Cathedral”, completed in 1148 is considered one of the most prestigious examples of “Tuscan Romanesque”. Built on three naves, the walls are entirely frescoes by the most famous artists of the time such as “Benozzo Gozzoli” by “Domenico Ghirlandaio” those of the Sienese school. “Church of Sant’Agostino” contains numerous frescoes, in particular “the Chapel of Santo Bartolo” by Benedetto da Maiano and “Stories from the Life of Saint Augustine” by Benozzo Gozzoli.

Enjoy our half day tour in the middle of the gorgeous village of San Gimignano!

This guided walking tour of Florence is a fun and cultural experience suggested for the whole family, including kids!