A delightful tour to go back over the most intriguing place where the movie of Woody Allen “To Rome with love” was shot. 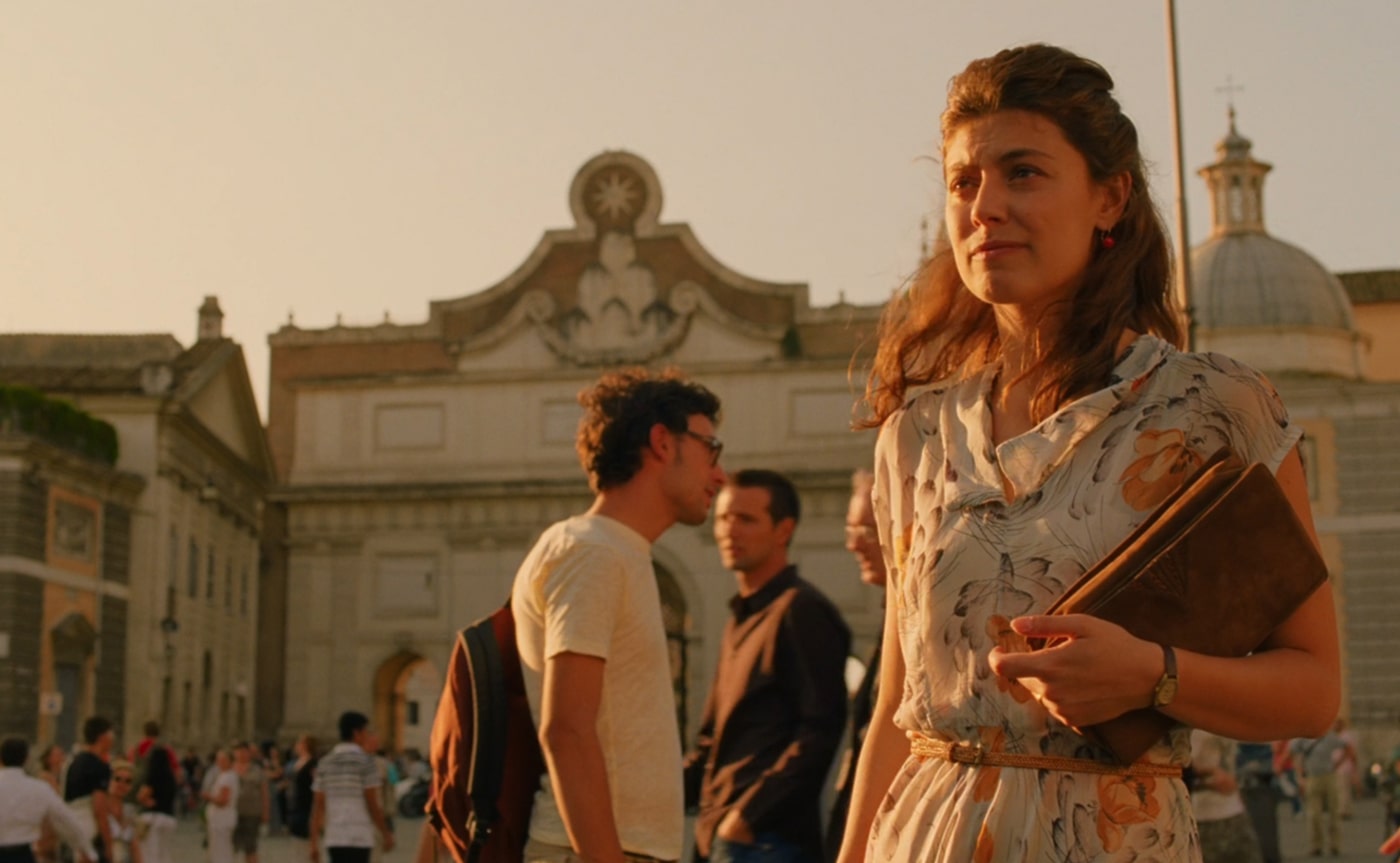 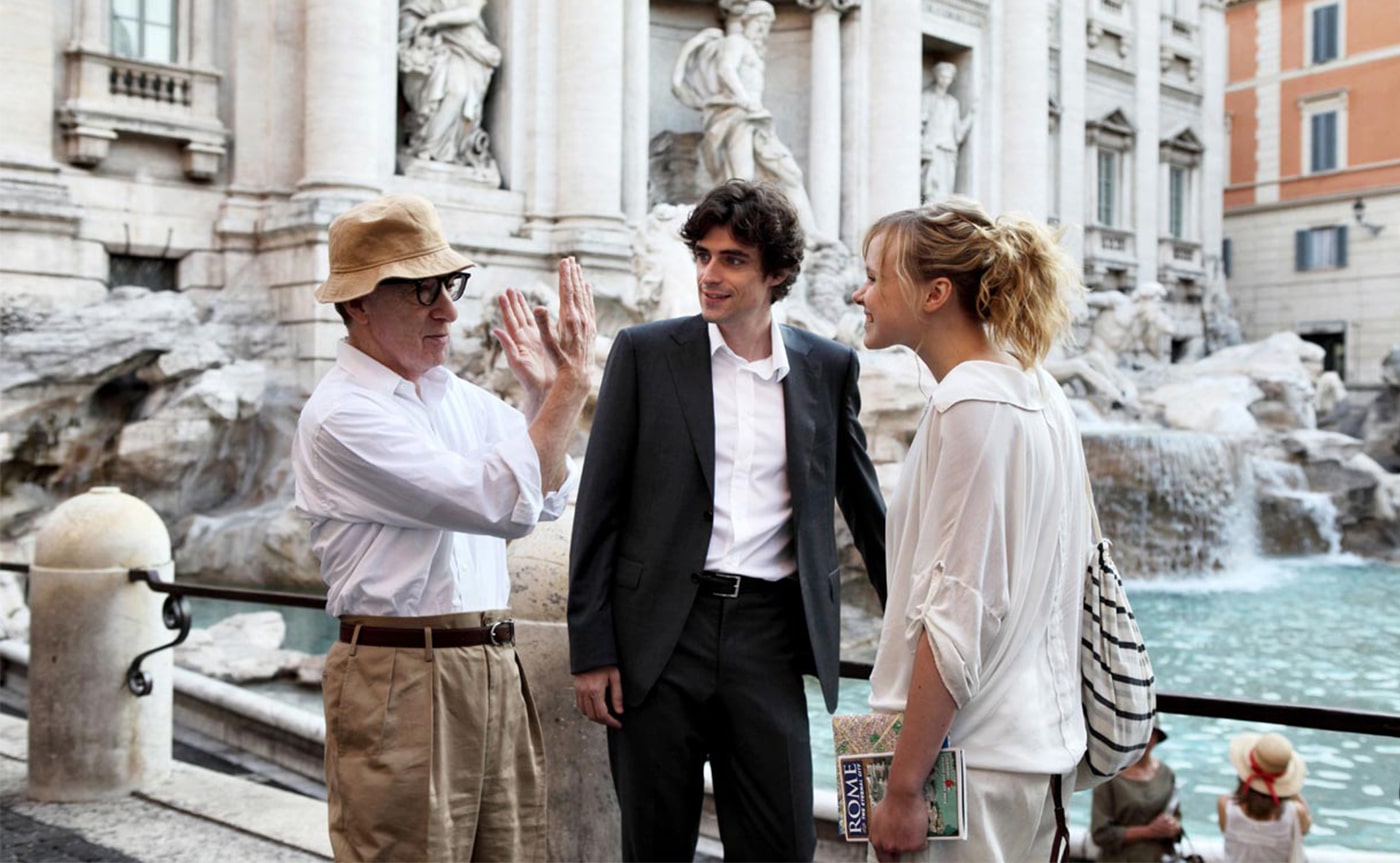 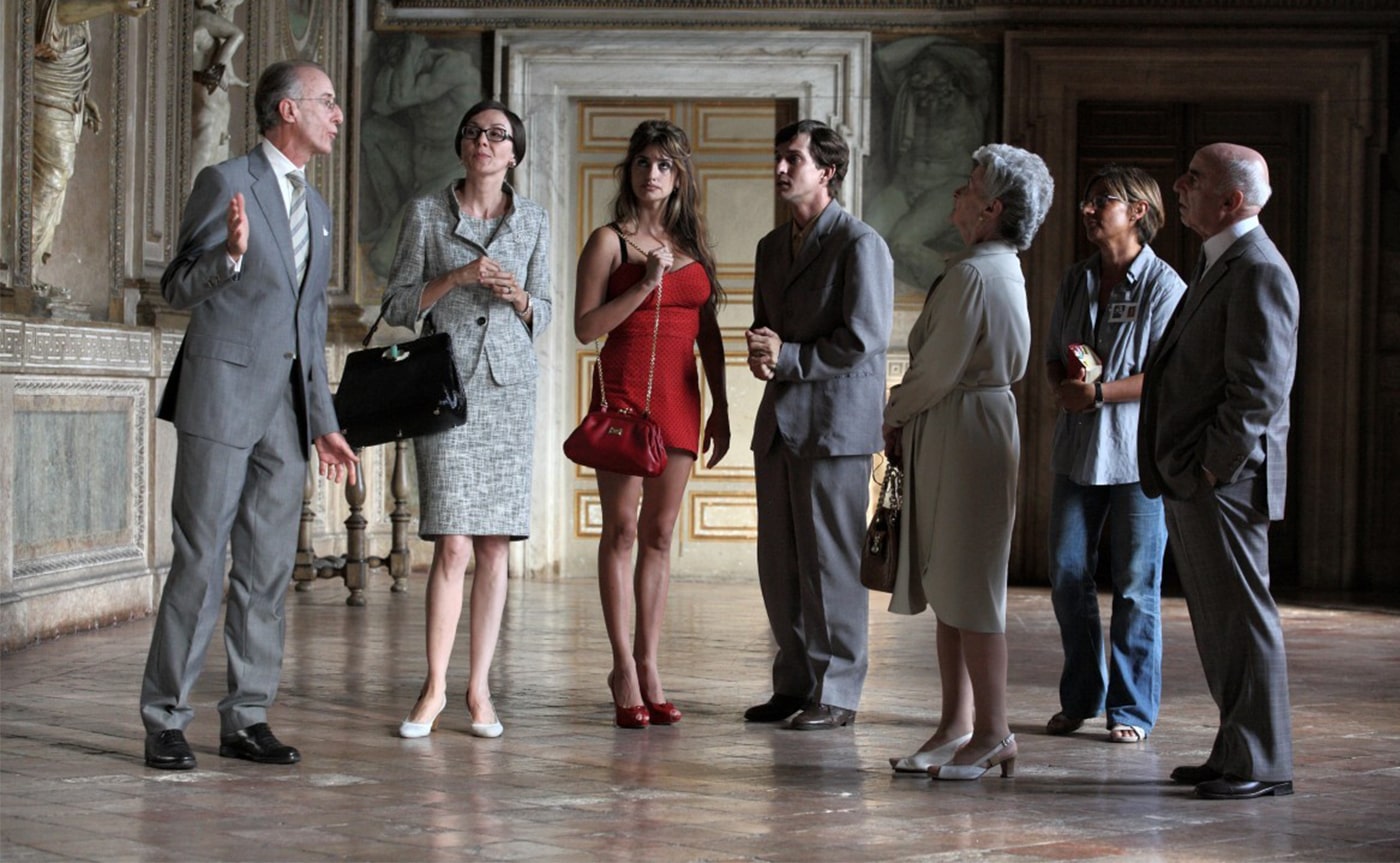 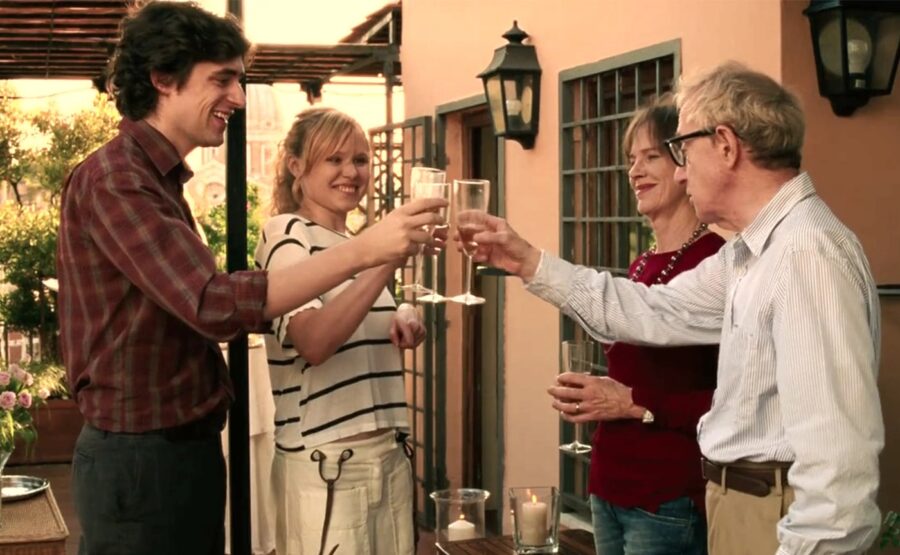 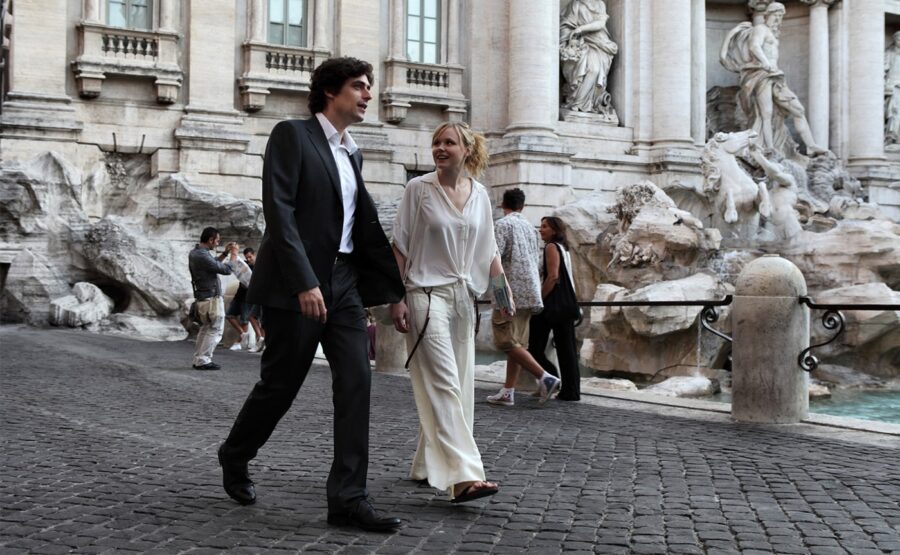 “To Rome with love” is a film written and directed by “Woody Allen” that tells four stories set in the eternal city: architect John meets a man with the same emotional problems; opera director Jerry discovers a singer with an impressive voice who could boost his career; Hayley meets lawyer Michelangelo and falls madly in love. Antonio and Milly get lost on the streets of the capital...

With our tour, we will follow the thread of the four stories step by step, visiting the places used as the set of the movie.

We start from “Piazza Venezia” where you can admire the impressive “Vittoriano”, the monument dedicated to “Victor Emmanuel II”; this is where Michelangelo (“Flavio Parenti”) meets Haley (“Alison Pill”) who ask for information to reach “Fontana di Trevi” the famous fountain where you throw a coin and then make a wish.

Then we walk towards “Piazza del popolo”, one of the most famous squares in “Rome” located at the vertex of a triangle of the three main streets of the historic center of “Rome” (“via del Babuino, via del Corso and via di Ripetta”) known as the “Trident”. There are the places from which the “crazy day” of Milly (“Alessandra Mastronardi”) begins.

Even though the scene is shot at night, we will also pass through the wonderful “Piazza Navona” in the centre of which you can admire the beautiful “Four Rivers Fountain”, a work of “Bernini” who painted the four main rivers of the Earth, one for each continent known at the time: the Danube, the Ganges, the Nile and the Rio de la Plata. In that place Jack (“Jesse Eisenberg”), Sally (“Greta Gerwig” ) and his friend Monica (“Ellen Page”) take a walk.

Going forward, we will arrive at the glamorous via Vittorio Veneto where Leopoldo Pisanello (“Roberto Benigni”) walking with his wife, at the end of the film, finally understands that he has returned to his anonymous simple and normal life. For a short break, you can have a quick lunch on a wonderful panoramic terrace like Jerry and his wife Phyllis do (“Woody Allen and Judy Davis”).

We continue the tour to “Trastevere”, one of the most characteristic neighborhoods of Rome, among the narrow, colorful alleyways, Roman trattorias, markets, small shops and artisans workshops, it is still possible to get lost and find the essence of the most authentic and genuine “Rome”, the place of John’s youth (“Alec Baldwin”). Last stop of the first day will be in “Campo de Fiori” is one of the most characteristic represents the typical scenario of old “Rome”, when Leopoldo comments on the film just seen when he leaves the Farnese cinema.

After lunch (Not Include in the cost of our tour),, we will discover the marvelous surroundings of Rome, like “Villa d’Este” in “Tivoli”, a perfect example of an Italian Renaissance Garden that’s in the listo of “UNESCO World Heritage List”, it’s the point where Michelangelo and Hayley walk hand in hand. Finally, we will return to the city to relive the moment when Jack takes Monica around the city: “Piazza del Campidoglio”, a monumental square on the top of the Campidoglio hill, the ruins of the Imperial Forums series of five monumental squares built by Julius Caesar and the emperors Augustus, Vespasian, Nerva and Trajan. And the last stop could only be the gorgeous “Colosseum” known also as Amphitheatrum Flavium, the most famous and the largest amphitheater in the world.

Join us in our tour full of love and passion around the wonderful city of Rome!

Enjoy our movie tour “to Rome with love”.

Naples Royal Palace tour is an half day guided tour.

Visit the Crypt of Anagni, an underground site near Rome where the sacred relics of the saints were kept safe.

Visit ancient roman condominium under the shade of the “Capitoline Hill”: The “Insula of the Ara Coeli”. This underground archaeological site will show you how people lived in Ancient Rome.