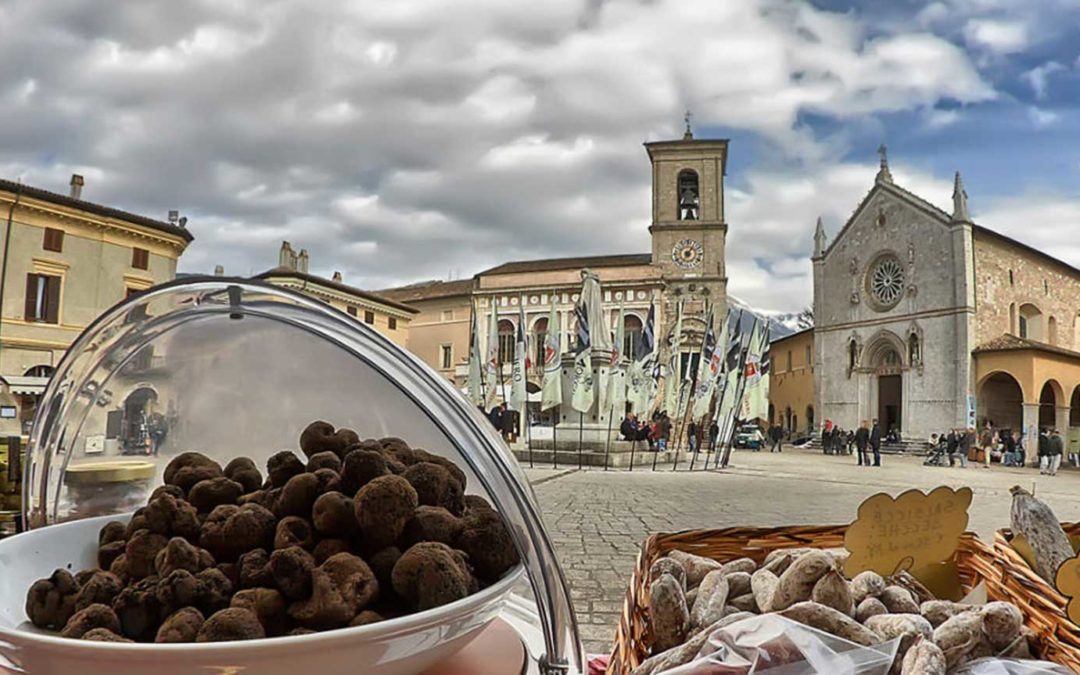 Everyone knows “Alba” place of langhe in Piedmont, the famous area for the white truffle and, not many people know that the most famous area for the black truffle, also called “scorzone”, is Norcia in Umbria. Here you have the most copious production of black truffle, less valuable than the white one, but always appreciated. This event, now in its 57th edition, offers over 100 exhibitors, ranging from truffles to cured meats; from wines to cheeses. A ‘gastronomic experience that allows you to immerse yourself in the typical flavours of this area of Umbria. not only food … the event also includes workshops, music, meeting with experts and conferences. This year, each of the three weekends of the exhibition will have a different theme: the first “excellence and ethics“; the second “excellence and taste“; the third “excellence and innovation. 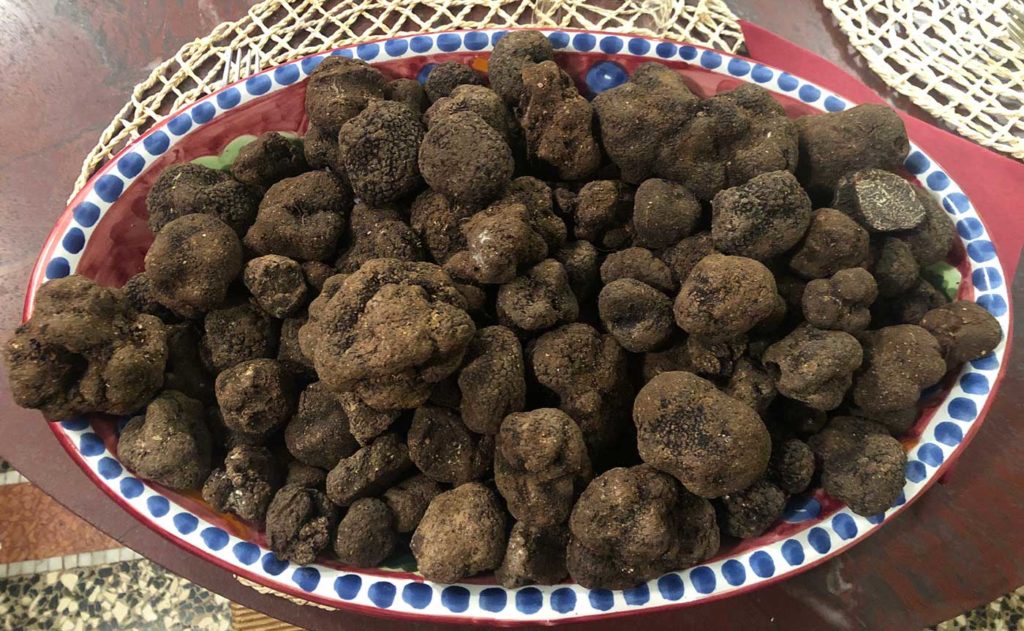 Attention, if you are in the eternal city on this date, the marathon certainly offers a breathtaking spectacle, but also creates some discomfort to the traffic around the route with closures to traffic and thousands of people attending the event..The evocative marathon of Rome starts again this year. The route includes some of the capital’s most famous attractions, including: Circo Massimo, Colosseo, San Pietro, Ara Pacis, Ponte Milvio, Stadio Olimpico, Piazza del Popolo, Piazza di Spagna, Piazza Navona and many others. It is the most famous italian marathon and it attracts athletes from more than 100 countries. For information on road conditions and closures you can consult our facebook page https://www.facebook.com/RomeAndItaly/?eid=ARBN-8QZfsHPi45cOU8gnPUs0P8d0ZAHfXjjFqIz6327ILhahbNH4chL2QAoiJw4Dj5CW2GTv_7UrlyR 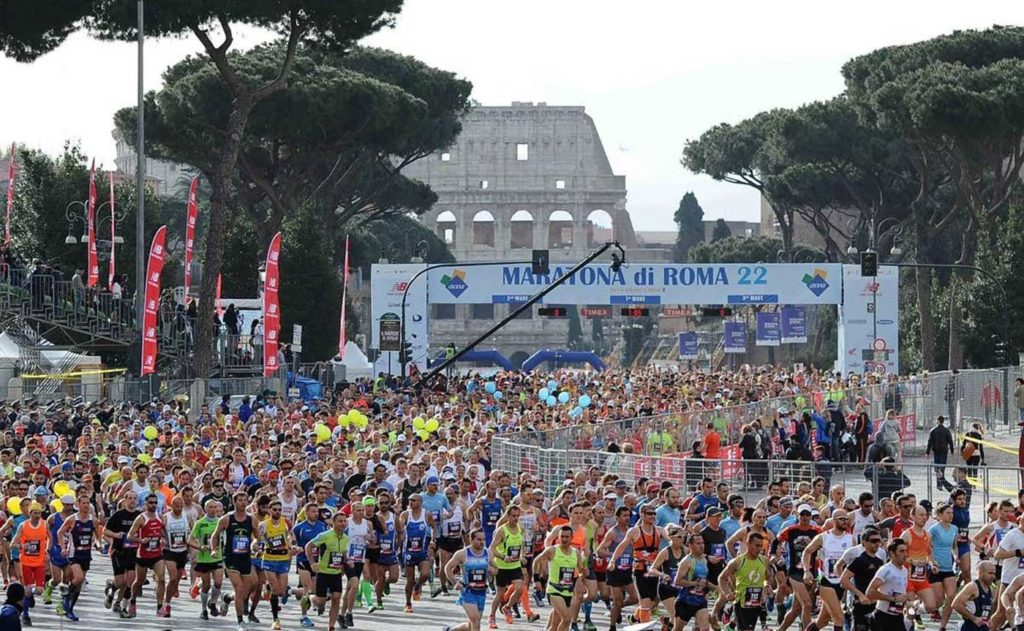 According to The New York Times, it’s the most beautiful garden in the world with over 50000 visitors every year. there are periodic openings throughout the year, to admire the garden in every season. It stands on the ancient medieval town of Ninfa, destroyed and looted in the 14th century during a clash between the popes of Rome and Avignon. The Gardens of Ninfa is a national monument of the Italian Republic, it is a typical English garden, that is the vegetation is born in a spontaneous and wild way. It was started by Gelasio Caetani in 1921, in the area of the disappeared medieval town of Ninfa, of which today only several ruins remain, some of them restored during the creation of the garden..You can admire many rare and exotic plant species, especially climbing roses. The Gardens of Ninfa are open only in the spring season and only on certain days of the week. Do not miss the opportunity to take a tour inside one of the Gardens considered one of the most beautiful in Europe! For more information on opening hours and days you can follow our page https://www.facebook.com/RomeAndItaly/?eid=ARBN-8QZfsHPi45cOU8gnPUs0P8d0ZAHfXjjFqIz6327ILhahbNH4chL2QAoiJw4Dj5CW2GTv_7UrlyR 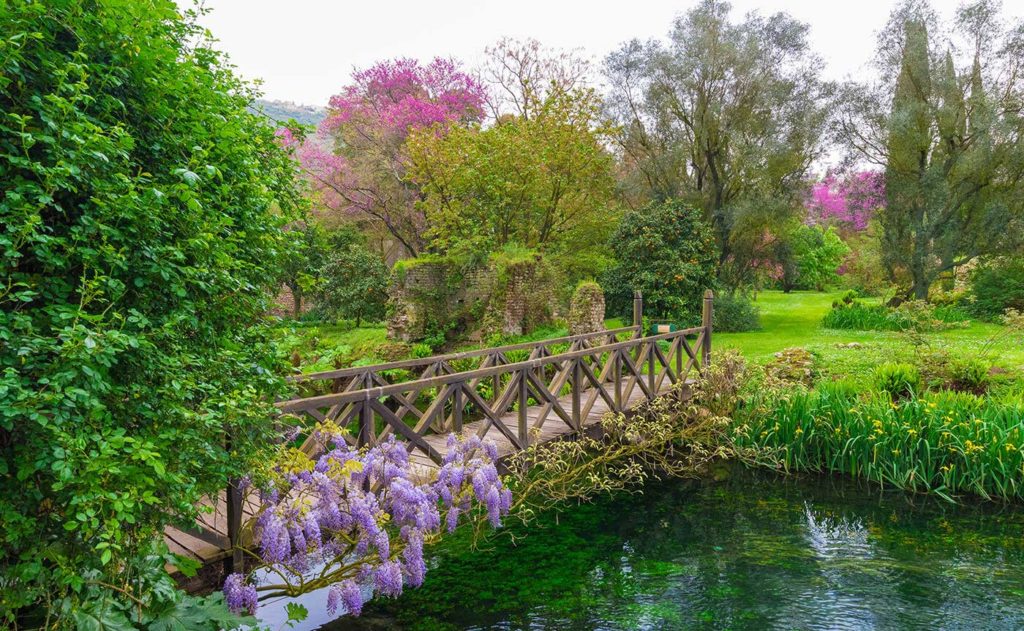 The exhibition is dedicated to one of the oldest historical testimonies of the great Chinese culture of the first centuries B.C. The route is a real journey through 2,200 years of China, where visitors can admire reconstructions of the objects found, over 300 reproductions of objects covering a total area of about 1,400 m², including statues, weapons, war chariots, armor, ceramics, coins and objects of daily life of the time. 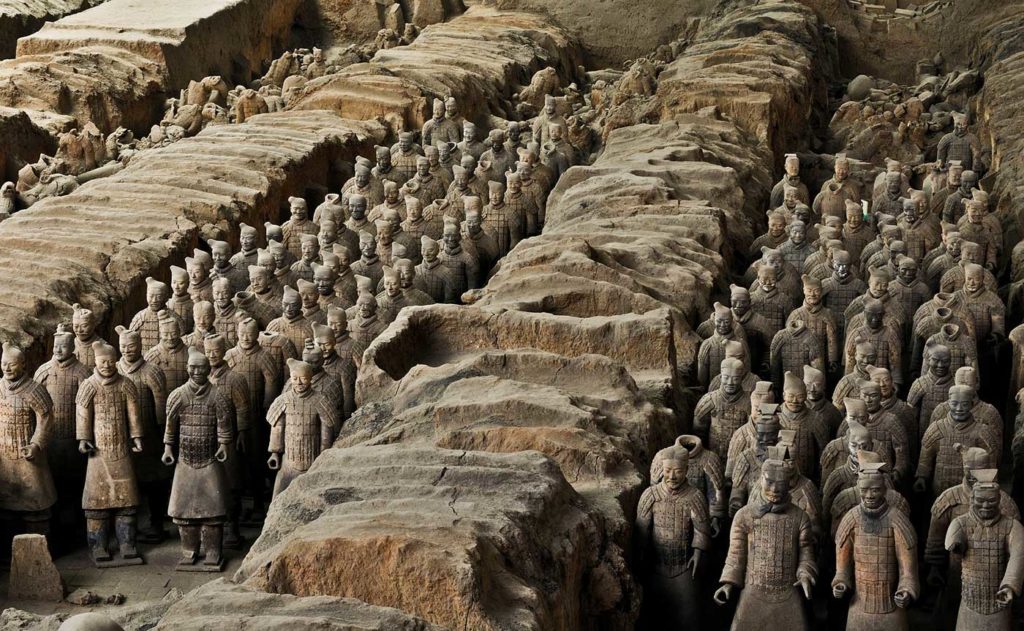 A city of refined art, Parma surprises with its elegant monuments, churches, museums and green spaces, but it is also a city of theatre and music and a land of excellent gastronomic products. Parma is located in the area of Italy called “Food Valley” that is the area between Mantua and Bologna from where the major productions of D.O.P. and D.O.C. food of Italy come from, such as parma ham, parmigiana reggiano cheese, balsamic vinegar of Modena and mortadella to name but a few. Parma is also the city where the maestro “Giuseppe Verdi”, universally recognized as one of the most important composers of operas, such as “Va’ Pensiero” and “Nabucco”, performed at the beginning of his career. Born in Busseto, only 30 minutes from Parma, he remained very attached to the city for the rest of his career. The rich historical, artistic and culinary heritage has earned Parma the title of Italian Capital of Culture 2020. If you are in Italy or planning a trip this year do not miss the opportunity to include one or more days in this area. 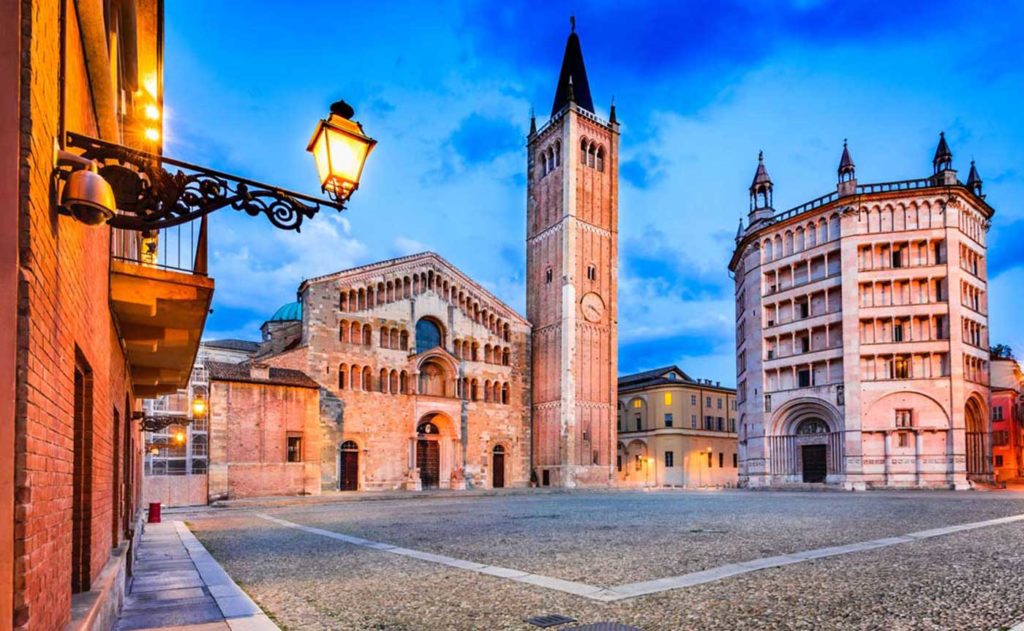 From March 21st to July 26th 2020 about 80 works, in a rigorous exhibition itinerary, tell the world of Banksy. Inside the sixteenth-century architecture of the Chiostro del Bramante, in Rome, there is the “unknown” artist who has conquered the world thanks to works imbued with irony, denunciation, politics, intelligence and protest. 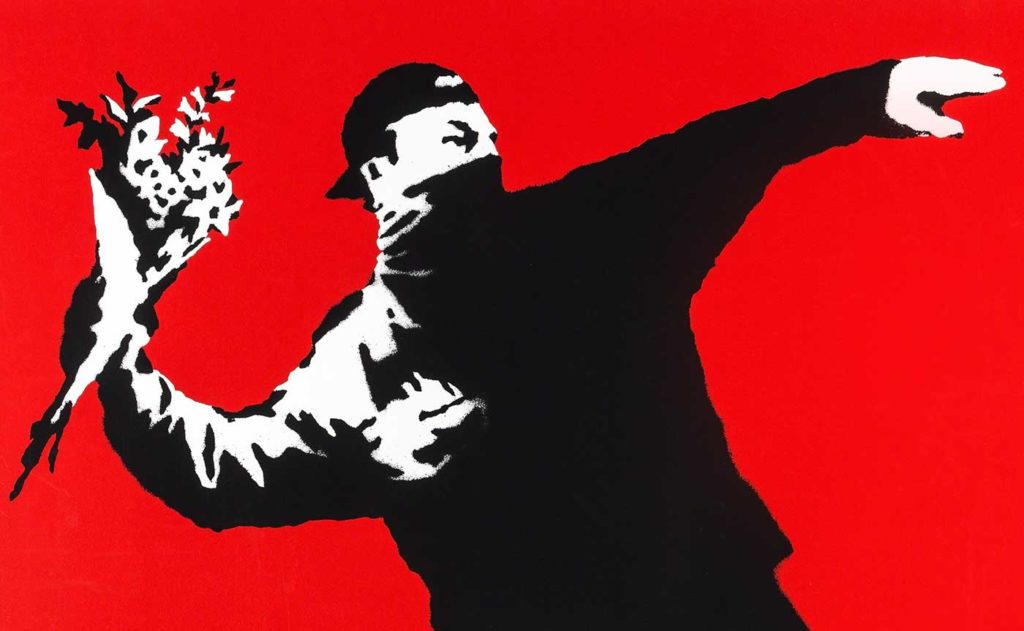 7. Exposition of the works of Frida Kahlo, SET, Rome, Lazio, until March 29th

From October 12th, 2019 to March 29th, 2020, the spaces of SET (Spazio Eventi Tirso) host the great exhibition-event “Frida Kahlo – The chaos inside”, which explores the inner world of the artist, highlighting the brilliant sensitivity, transgressive force and deep thoughts of one of the most loved and famous female icons of the twentieth century. 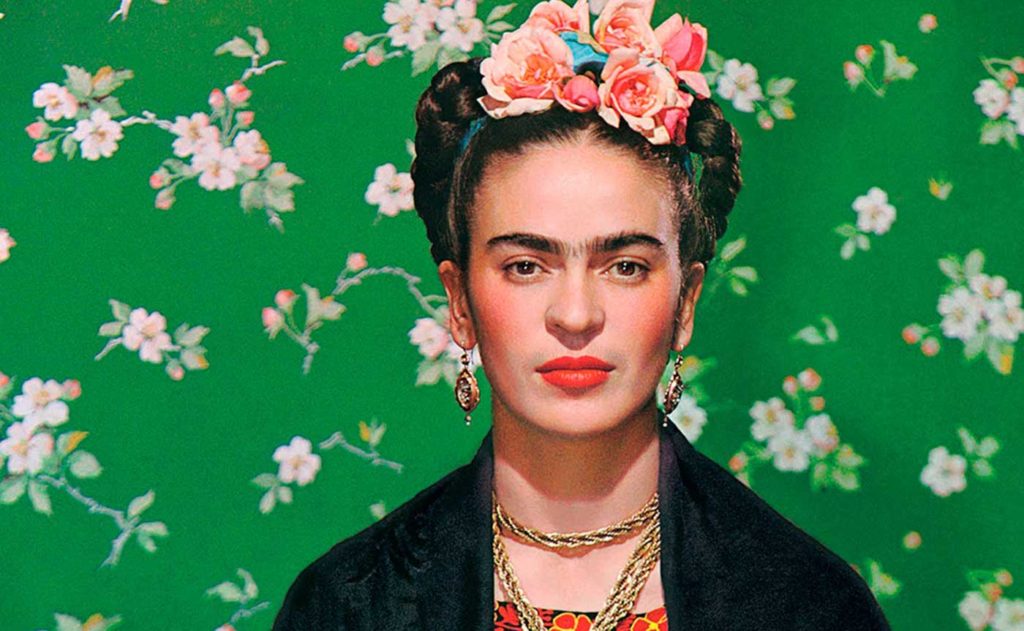 8. The Venetian Carnival, Venice, Veneto, from March 6th to 8th

For 3 days, many hundreds of masks from all over Europe parade and pose in the streets of the ancient city, along the lake, on the meadow of the Pâquier, in the jardins de l’Europe or along the canals, in a silent atmosphere, as is the rule. The costumes compete between colour and exuberance, decoration and creativity. Many of them are inspired by characters from the Commedia dell’ arte, such as Harlequin with his black mask and rhombus dress. Others choose the classic white mask decorated and matched with a hat with feathers and pearl embroidered dress.for more info about the venice carnival follow our page 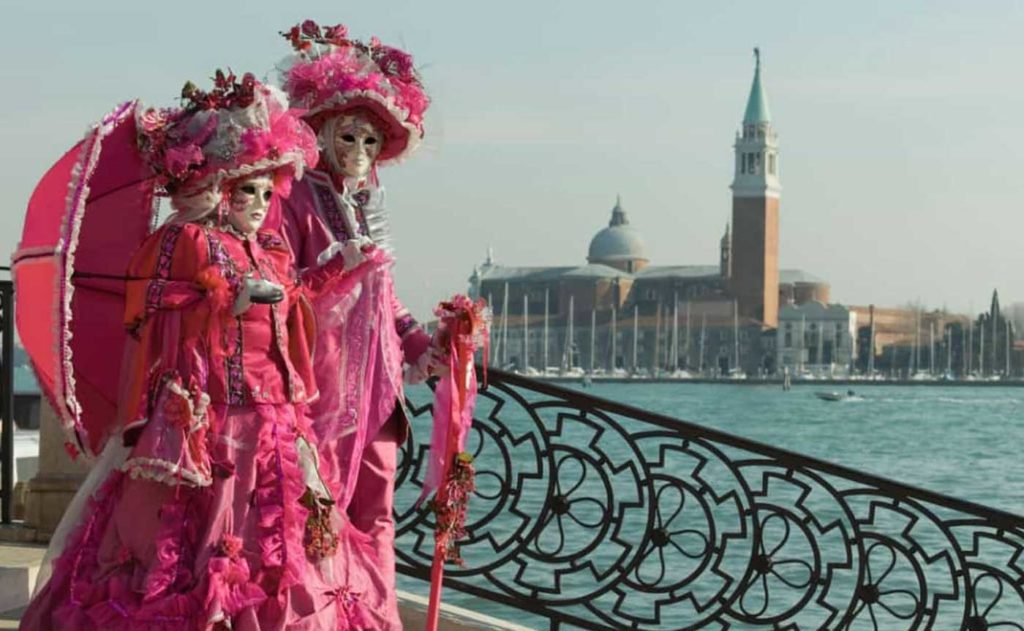