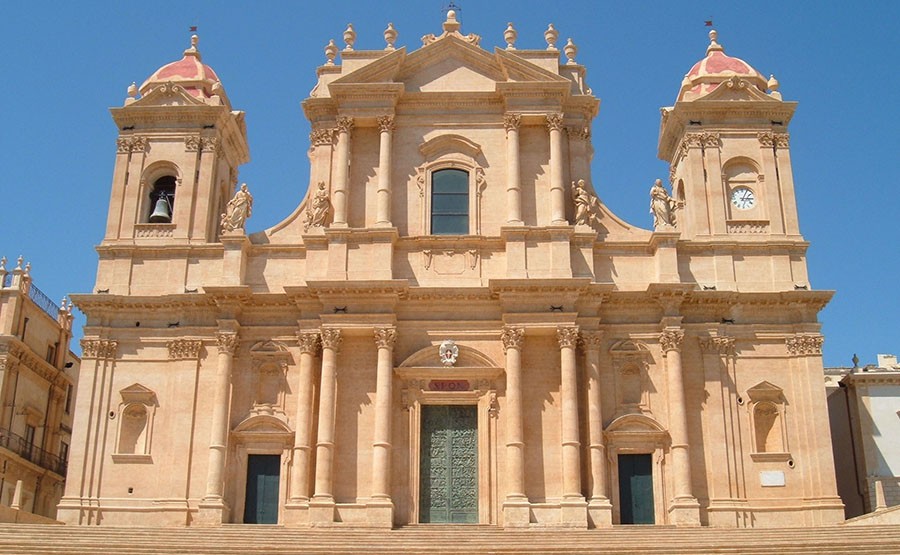 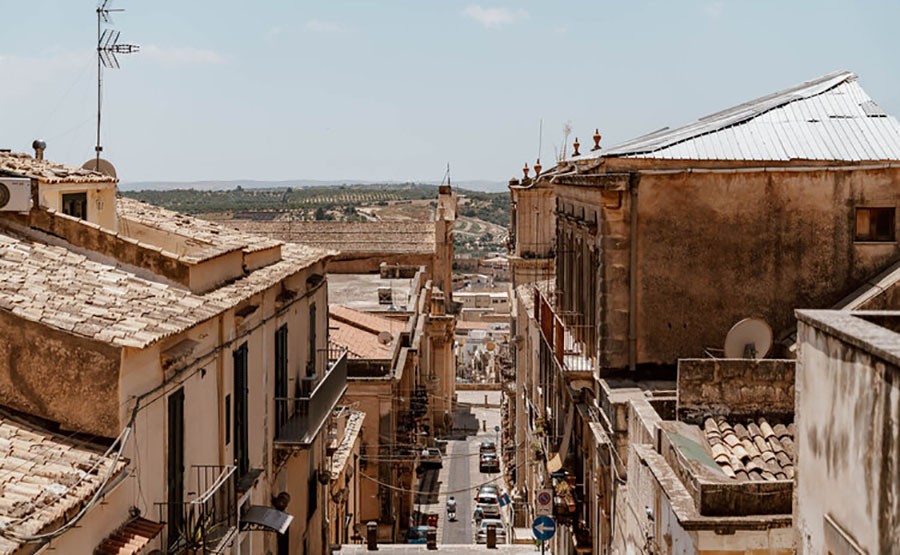 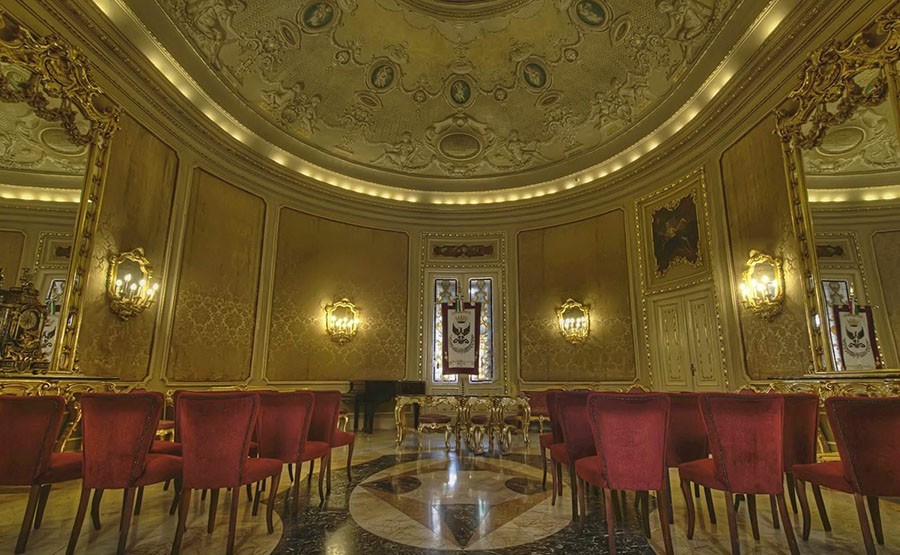 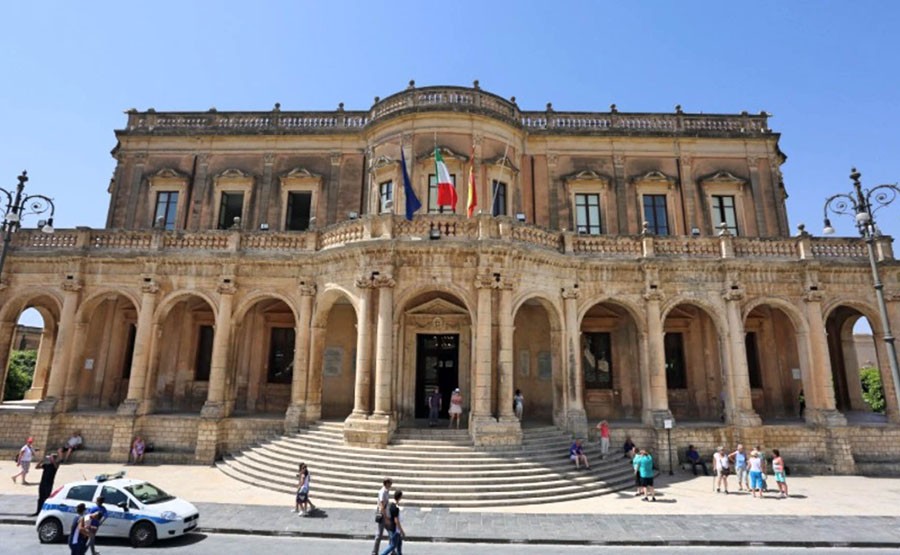 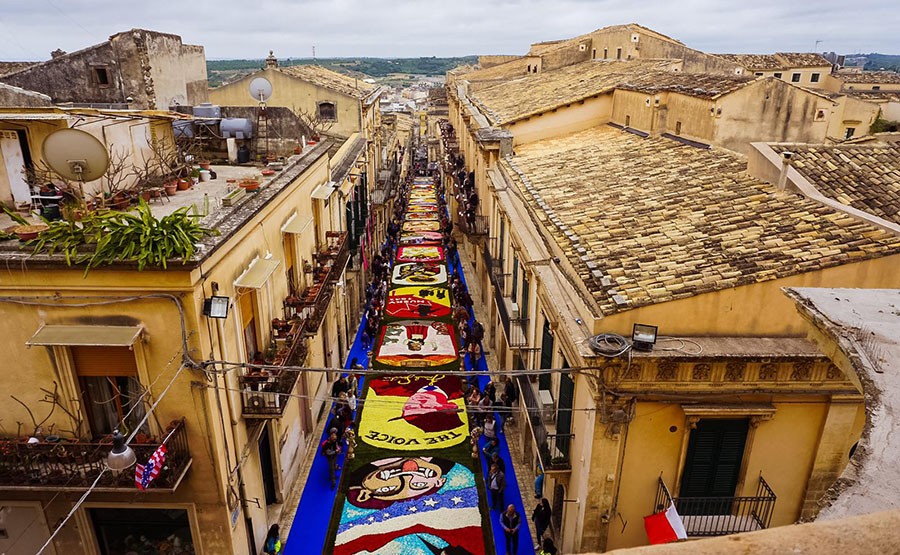 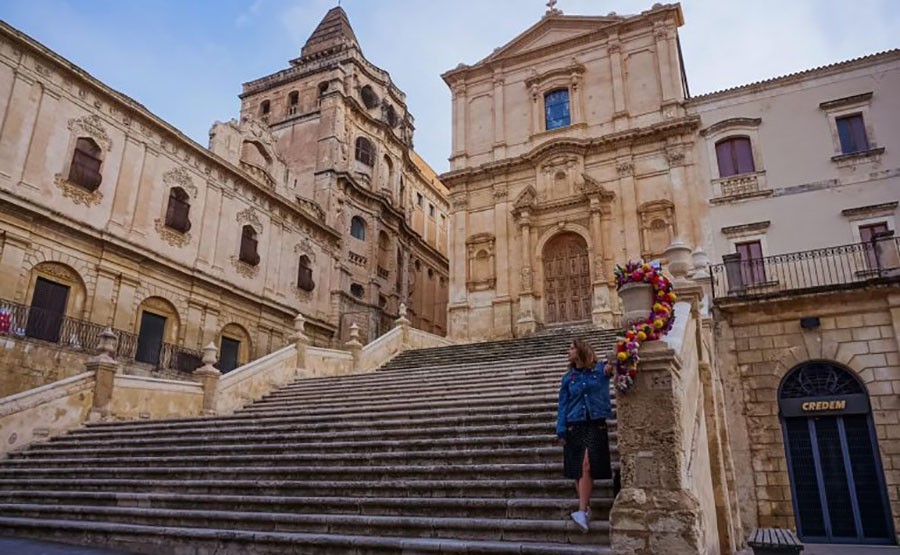 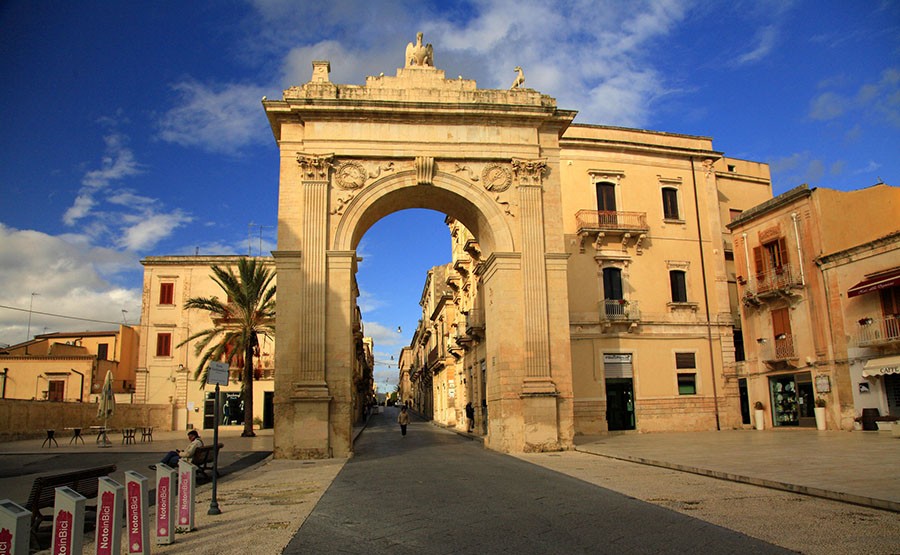 Noto is the city-symbol of Sicilian baroque style.

“Noto” is an Italian city 31 km to the city of “Syracuse” in “Sicily”. It is the first town in the region for territorial extension. “Noto” is called the “capital of Baroque”, in 2002 its historic center was declared a “UNESCO World Heritage Site”, along with the other late Baroque towns of the “Val di Noto”....

“Noto”  was razed to the ground by the 1693 earthquake. In this very harsh phase of the city’s history, a piece of history was wiped out: “Noto”, in fact, had passed through the hands of the Romans, Muslims and Normans, who probably left a sign of their passage. So it was rebuilt on a larger and safer site, with a linear layout, using the local light and compact limestone, which time has given a wonderful golden color with shades of pink.

The tour of Noto will start from the entrance to the historic center is announced by the “Porta Reale”, an impressive 19th-century triumphal arch built for the visit of “King Ferdinand II of Bourbon”, known as the King of the Two Sicilies. In front of you is the main thoroughfare of the city, “Corso Vittorio Emanuele”. A few meters further on, you come to the first of the three squares, “Piazza Immacolata”. Here, at the top a staircase, you will find the “Church of San Francesco all’Immacolata”, characterized by a beautiful and simple Baroque façade.

To the left of the “Church of St. Francis” you will see the elegant monastery of St. Saviour with its beautiful tower and Belvedere. On the opposite side is the convent of Santa Chiara. Continuing along “Corso Vittorio Emanuele” you will reach “Piazza Municipio”, where you can admire the “Cathedral and Palazzo Ducezio”. The “Palazzo Ducezio”, which houses the Town Hall, was built around 1760. The oval “Sala degli Specchi” was enriched with “Louis XV”-style stucco and gold and sumptuous mirrors at the end of the 19th century. The “Sala degli Specchi” is the city’s representative hall, and continues today to host illustrious delegations and prestigious events, such as the signing of the memorandum of understanding between the eight “UNESCO” municipalities for the creation of the cultural district.

If you walk a few more meters, you’ll suddenly slow down: your attention will be caught by “Via Nicolaci”, a oblique street bordered by beautiful Baroque palaces, characterized by very imaginative little balconies adorned with mermaids, cherubs, horses and even lions and mythological characters.

Located halfway along “Corso Vittorio Emanuele”, “Piazza del Municipio” is not named so by chance: it is exactly where the “Cathedral and Palazzo Ducezio” stand, as well as “Palazzo Landolina” and, not far away, one of the best “cassata” shops in town: “Caffè Costanzo”.

Among the palaces, the most noteworthy is “Palazzo Nicolaci”, open to the public and a must-see. M. Returning to the Corso, and continuing for a few more metres, you will come across “Piazza XVI MAGGIO”, where you can admire “Villa D’Ercole” of 18th-century origin, the “Church of San Domenico”, and finally, completing the tour on your own, the “Teatro Vittorio Emanuele”, dating back to the 19th century.

Enjoy and discover the city of Noto tour!

Visit the ruins of Villa of the Quintilii in Rome, known as the villa of the “Gladiator Emperor”