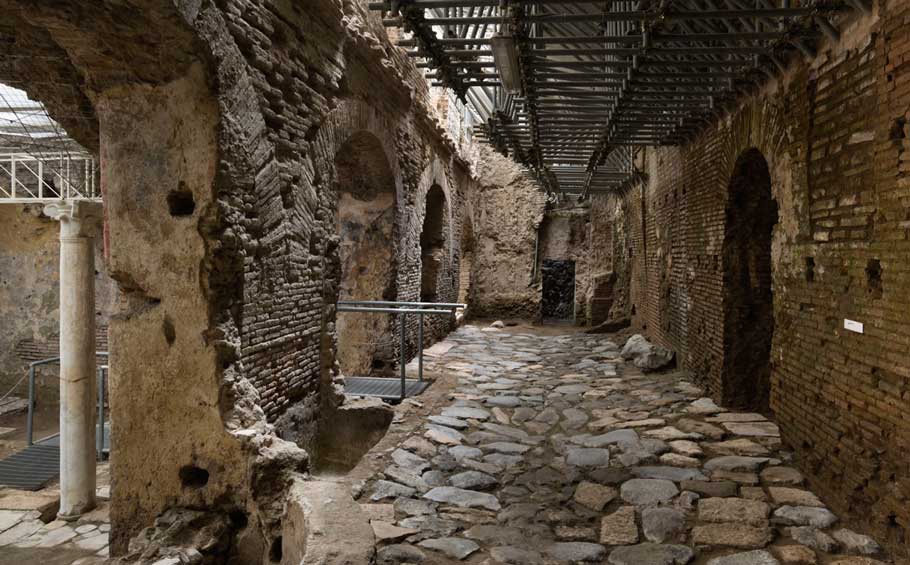 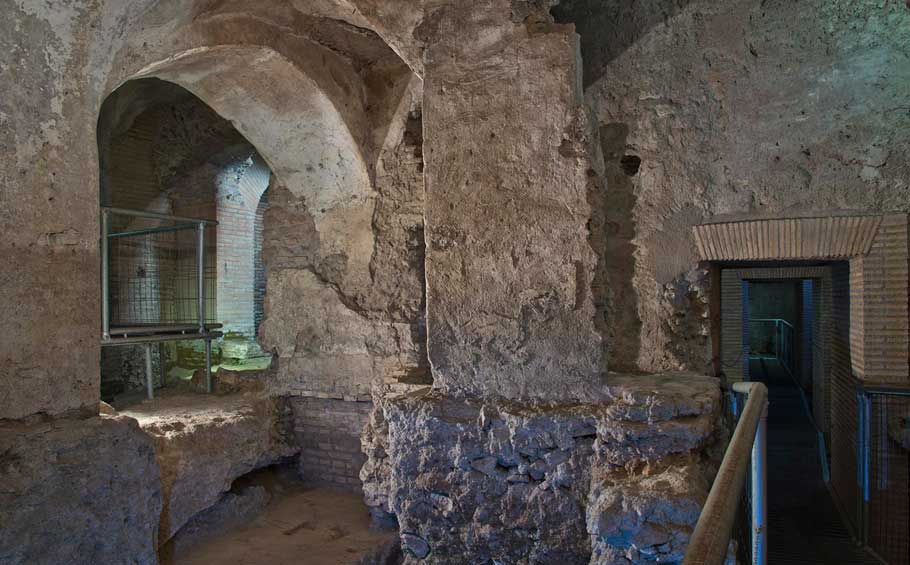 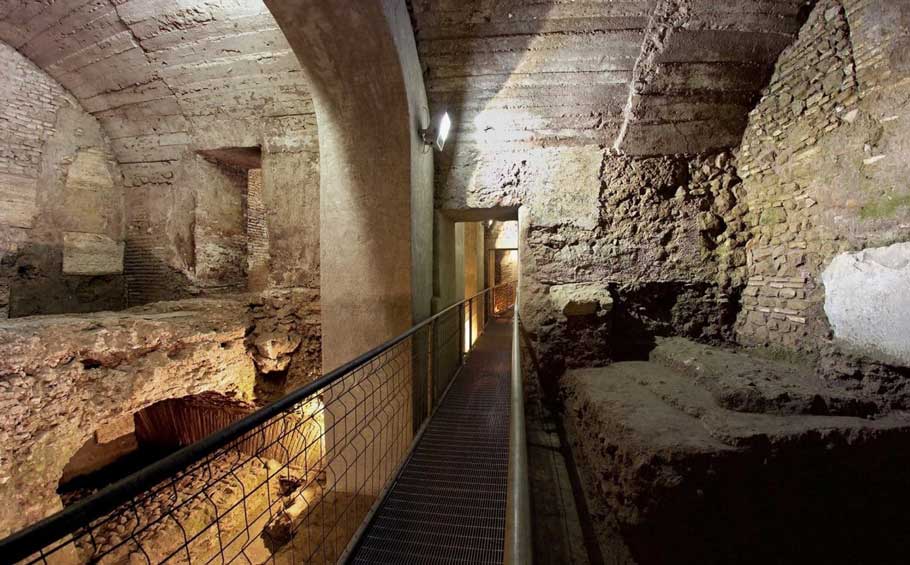 This Museum of urban archaeology was curated to let you see the changes that happened in this area of Rome.

The Crypta Balbi tour will take you to see the “Museo Nazionale Romano”, the “National Roman Museum”, where you will see Ancient Roman artifacts, an ancient street of the Roman Empire, and ancient Medieval buildings...

Here, in the year 13 B.C, a small “theater” was built by Lucius Cornelius Balbus, a member of the ancient roman aristocracy that gives the crypt its name. Next to the “theater” was a large courtyard with a roof where spectators could hide from the rain and the beating sun, or rest during the pauses in the shows. A team of experts worked together to preserve and learn all about the findings in this area. It is here that two thousand years later you can find the “National Roman Museum”, that you will be able to visit with this Crypta Balbi tour.

The Crypta Balbi is the underground section of the museum. Here, with the Crypta Balbi tour, you will be able to see the preserved ruins of the “theater” and other buildings near it, where the citizens of Ancient Rome spent their lives day after day. Between the first and sixth centuries a residential area was built here. There were beautifully decorated two-stories buildings, a bakery, a workshop for dyeing clothes and even a “Mithraeum”, a place of worship dedicated to the god “Mitra”. There was also a lime kiln here. The kiln was used to turn pieces of marble into limestone. The fragments of marble recovered from the area around the kiln (among which are some beautifully decorated ancient columns) are exposed in the museum. This area was in use even during the Middle Ages, and the “Balneum”, a place dedicated to personal hygiene, included two heated rooms and an oven that was used to heat water. The “Balneum” was used from the eleventh to the fourteenth century by the monks who lived in the nearby monastery. This Crypta Balbi tour will take you back in time and show you the life of the people of the Roman Empire and the Italian Middle Ages in this ancient neighborhood.

The museum also has a collection of beautiful everyday objects that will allow you to understand life in the Roman Empire. Here you will find “glass blown containers”, “bronze buckles and lamps”, an “ancient sewing kit”, and many “artifacts from the Middle Ages”, including a beautiful “gold ring” and “a cross also made of gold”. Many of these objects were made here in this area of Rome, and the names of the streets will tell you where the different activities were practiced.

The Crypta Balbi tour will take you to a museum dedicated to understanding the changes this area went through during the centuries between the Roman Empire and modern days, reflected in its architecture, its functions, and the many everyday objects that were found here.

This area is close to the “Campidoglio square”, so if you want you can go on another adventure and visit the “Capitoline Museums”. These public museums house many beautiful and unique frescoes as well as ancient statues. You can find the Capitoline Museum Tour in our private tours section on our website.