Visit the Hypogeum of Via Livenza: an ancient underground site. 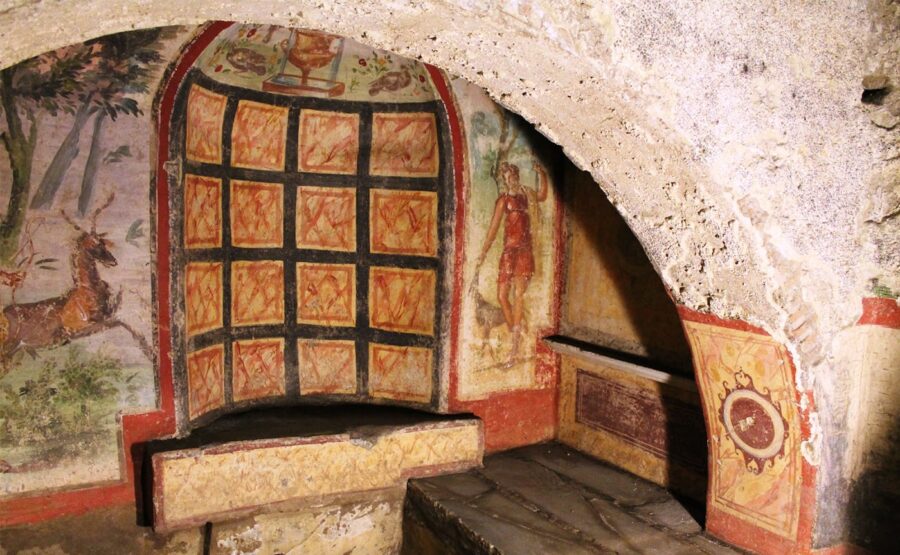 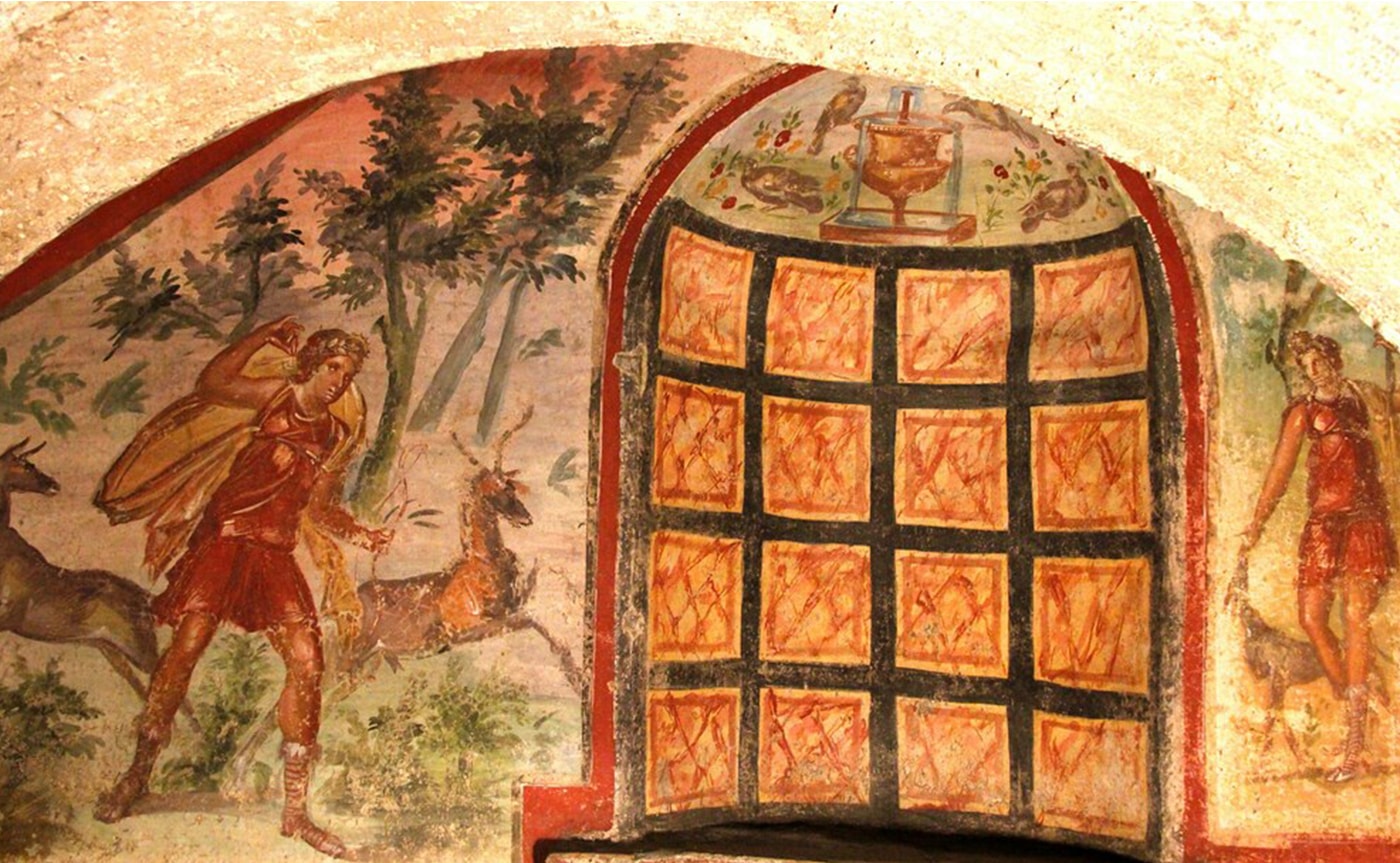 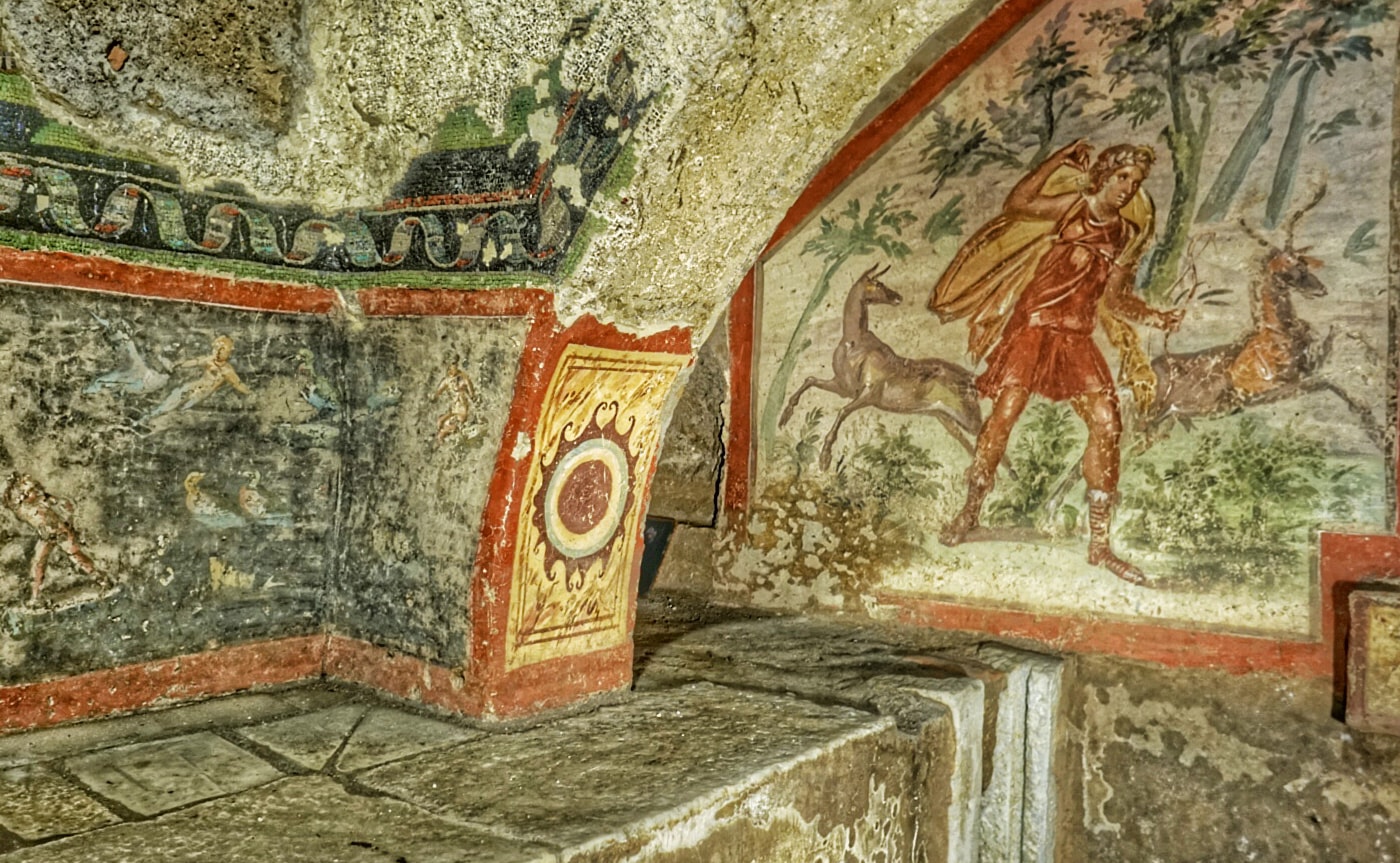 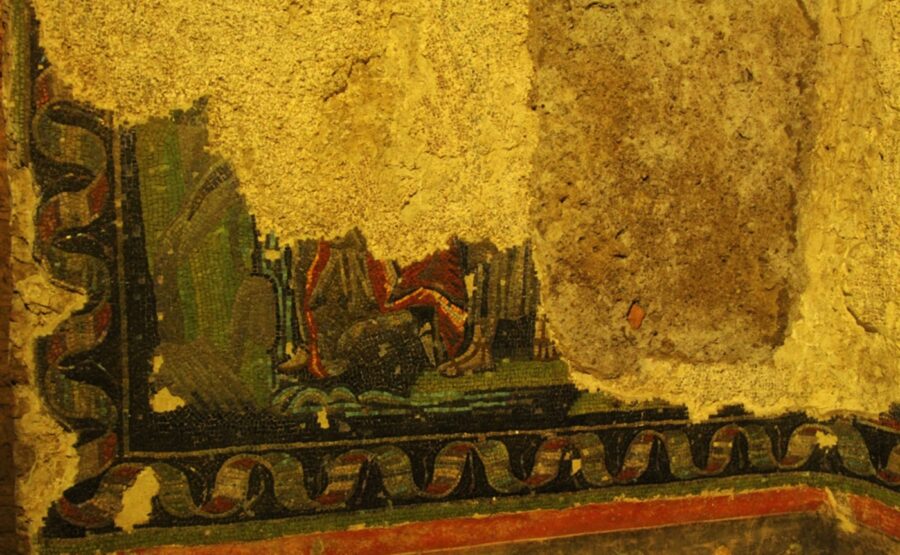 This underground archaeological site is full of beauty and mystery.

This underground site was discovered in 1923 during some excavations for the construction of a building, and it was originally built during the fourth century. One large room is the only part of this underground site that was preserved in our time. Here the walls are decorated with beautiful frescoes depicting people and animals in a forest. On the right “Diana”, called “Artemis” in Ancient Greece, the roman goddess of the hunt, caresses a deer while two more deer jump on the other side of the wall. The trees in the background give a great sense of depth, and they are a beautiful example of ancient roman painting. On the rest of the walls, you can see other typical subjects of ancient roman art, as well as geometric decorations.

In the “Hypogeum of Via Livenza” there is also a rectangular basin under an arch that is decorated with “frescoes”, “mosaics”, and “marble columns”. It is possible that this basin was used for ritual practices. There are many hypotheses that could explain the purpose of the mysterious underground site of the “Hypogeum of Livenza”. Some experts believe it might have been a place dedicated to the worship of the goddess “Cotys”, who is originally from “Thrace” or “Thrake”, an historical region of the Balkans that became part of the Roman Empire. Some other people who interpret the paintings as referring to the Christian religion think that this place could have been a baptistery, and that that would explain the basin. Another hypothesis says that it could have been a temple dedicated to the cult of water, or a hidden place for practicing magic in secret. Some people believe it might have been a “Nymphaeum”, a monument dedicated to the “Nymphs”, nature deities of Greek and Roman folklore that looked like beautiful young women who lived near lakes and rivers. The possibility of it being a “Nymphaeum” is highly likely, especially considering that the site is built over a natural spring, and that the “Nymphs” were servants of the goddess “Diana” who is depicted on the wall.

The Roman Empire went through slow but profound transformations during the fourth century since it was going through a process of conversion to Christianity.

The Hypogeum of Via Livenza Underground Rome Tour will allow you to visit this mysterious underground site, see the beauty of its paintings and mosaics, and feel the unique atmosphere of the Ancient Roman Empire during one of its most important historical periods.

Rome has many underground archaeological sites for you to discover, and you can discover many of them by visiting the Underground Tours section on our website. The “Catacombs of Saint Priscilla”, The “Mithraeum of Circus Maximus”, “Domitian’s Stadium” … you have many beautiful and interesting sites to choose from for an underground tour in Rome! https://www.romeanditaly.com/underground-tours/

Maranello, where the myth of the prancing horse was born.