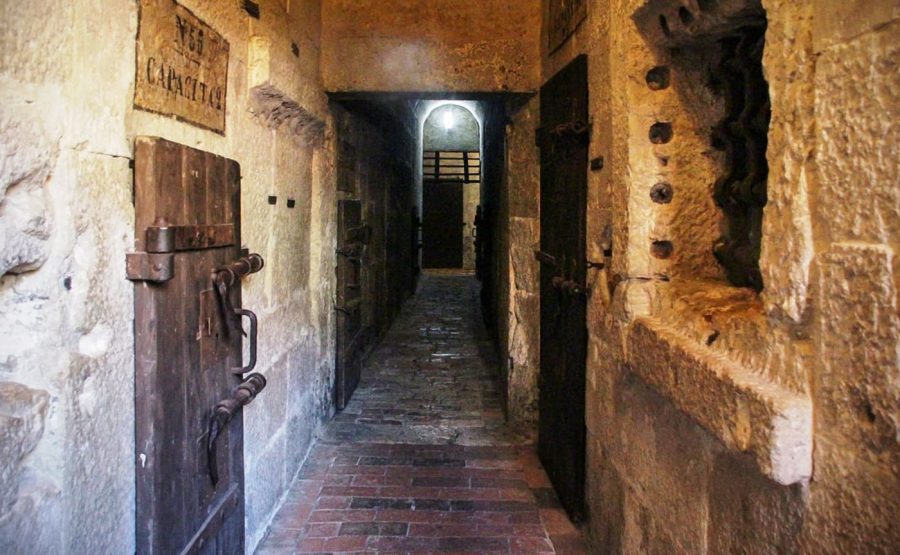 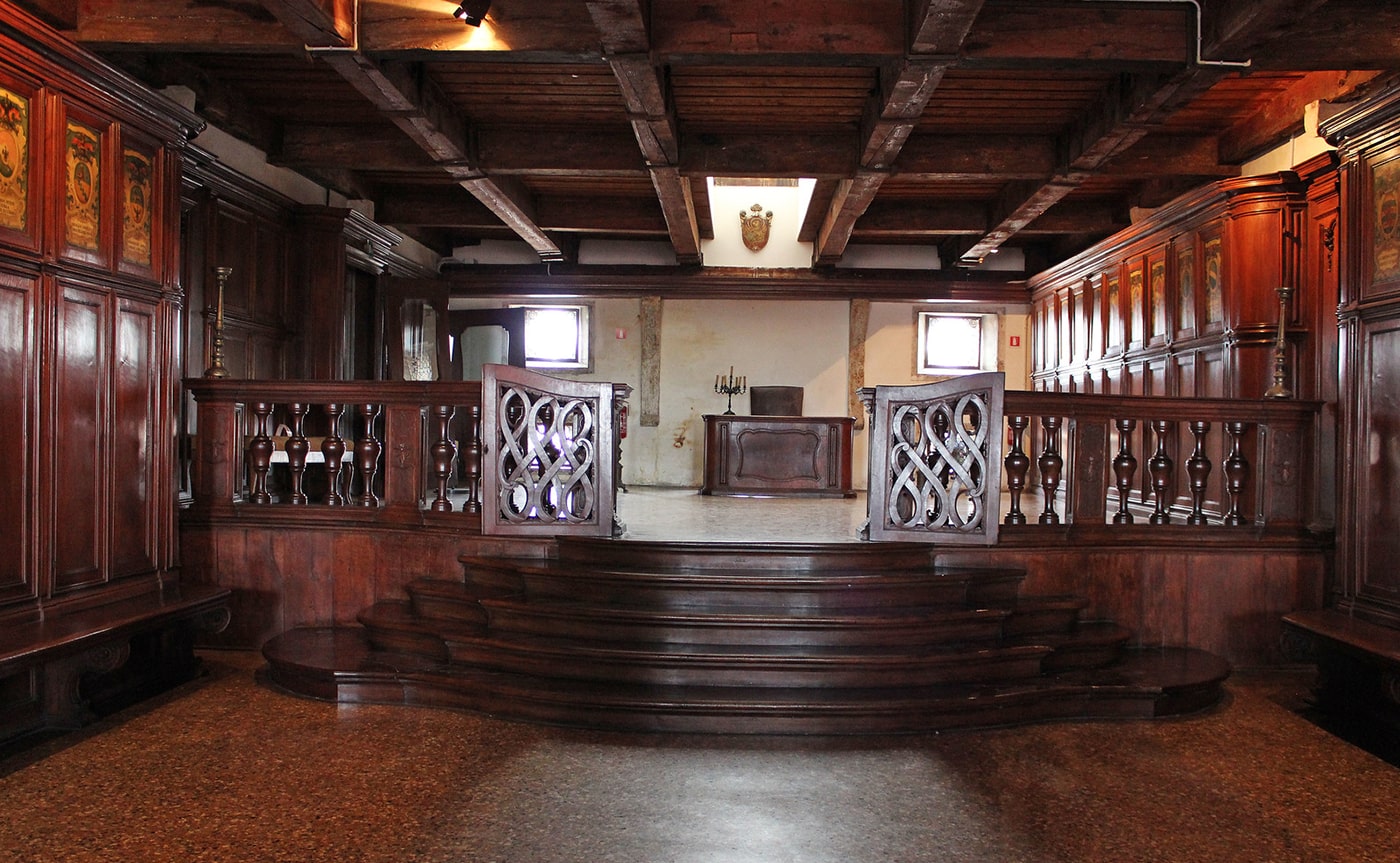 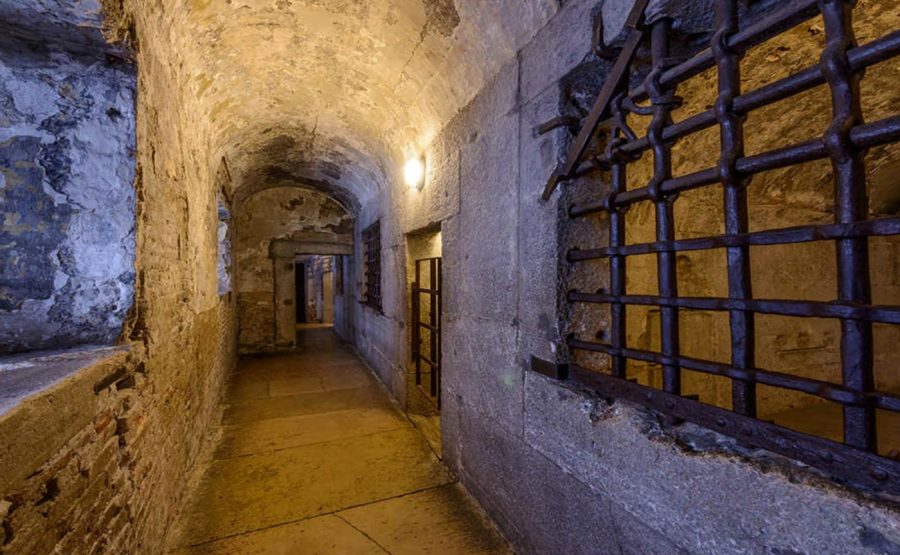 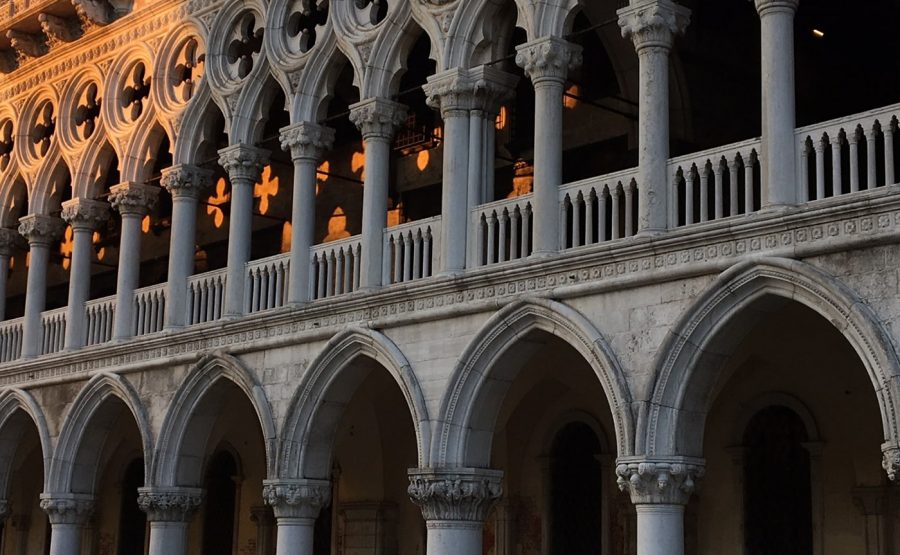 Doge Palace secret passages is a captivating tour made to discover hidden beauty of the Doge Palace in Venice.

By this private “Doge Palace Secret Passages” tour, you will discover the most hidden secrets of “Venice”. These secret corridors inside the “Doge’s Palace” offer a fascinating and interesting approach to the most secret rooms. From Notary Ducale rooms a staircase leads to the beautiful “Hall of the Secret Chancellery”. ...

After visiting the room of the “Regent to the Chancellery” you’ll pass to the torture chamber or “House of Torment”, which was connected directly to the prisons through the bridge of sighs. From the room of torture then to the area of Leads. The name derives from the lead plates that cover the roof. Some cells were arranged here, reserved for prisoners of the “Council of Ten”, mainly accused of political crimes, not trials for long sentences, serious crimes or detained prisoners waiting for trial.

The six cells were obtained by dividing the space of the loft with wooden partitions, densely nailed and strengthened by large sheets of iron. Described by “Giacomo Casanova”, who was detained there, the Leads offered to prisoners much better conditions than those convicted in the “Prison of the Wells”, the terrible cells on the first floor of “Doge’s Palace”. The two cells of Casanova have been rebuilt, are part of the tour like the attic. The “Hall of the Inquisitors, the Sala dei Tre Capi”, the latter through a secret passage housed in wood, the “Hall of the Council of Ten”, coming in the normal course of the visit of the palace.

Near the “Porta della Carta”, rich in sculptures and marble decorations, you can go up to the Loggiato, from which the highest authority of the Serenissima used to look out during public festivities. From here you can get an overall view of the entire Marciana area with all the buildings that, in different periods and styles, now define its perimeter. We then move on to the “Loggia Foscara”, a Renaissance addition to the original Gothic structure of the “Doge’s Palace”. Inside are the coffers that held the state treasures. From here we continue to the “Hanging Terrace” and, passing through a section of the Doge’s Apartment, we climb a steep staircase embellished with Titian’s image of St Christopher to the small church and “Antichiesetta”. This is where the Doge used to retire for his private prayers; here he welcomed his guests at unofficial meetings and had to go once elected – before the presentation to the people in the Basilica, the tour of the cockpit and the coronation on the “Scala dei Giganti” – to receive holy water, make reverence to the Blessed Virgin and obtain a blessing in the presence of the Quarantun.

Enjoy our Doge Palace secret passages tour and discover the hidden corner of the one of the most important Palace in the city of Venice!

VERONA TOUR: THE CITY OF ROMEO AND JULIET

Tour in Verona: on the tracks of Shakespeare’s Romeo and Juliet. The Verona tour is a half-day private guided tour.

Amalfi Coast: stunning landscapes with intense aromas. Amalfi Coast, a suggestive and marvelous place that will astound you. Our Amalfi Coast tour is a must-do experience when in Italy!