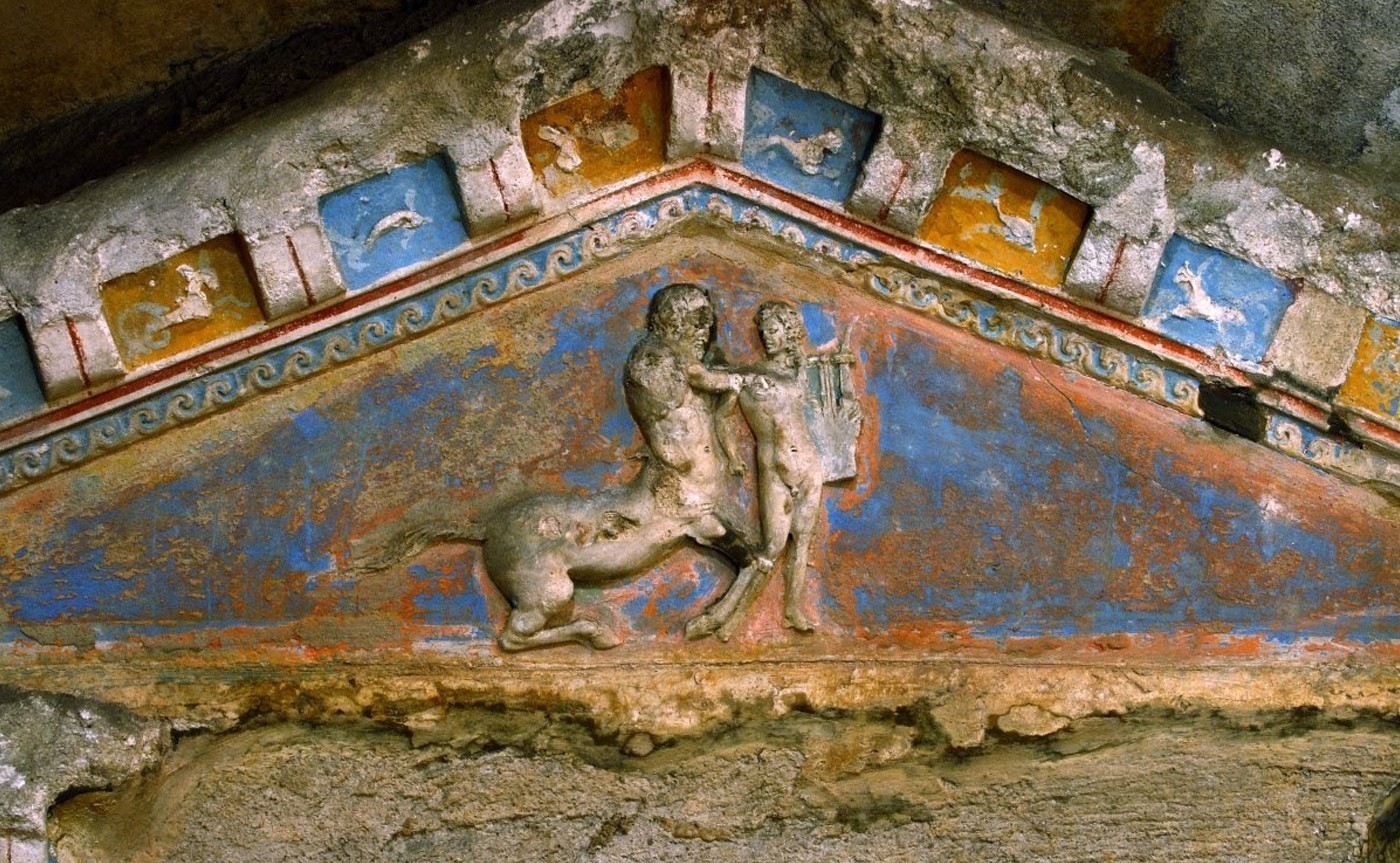 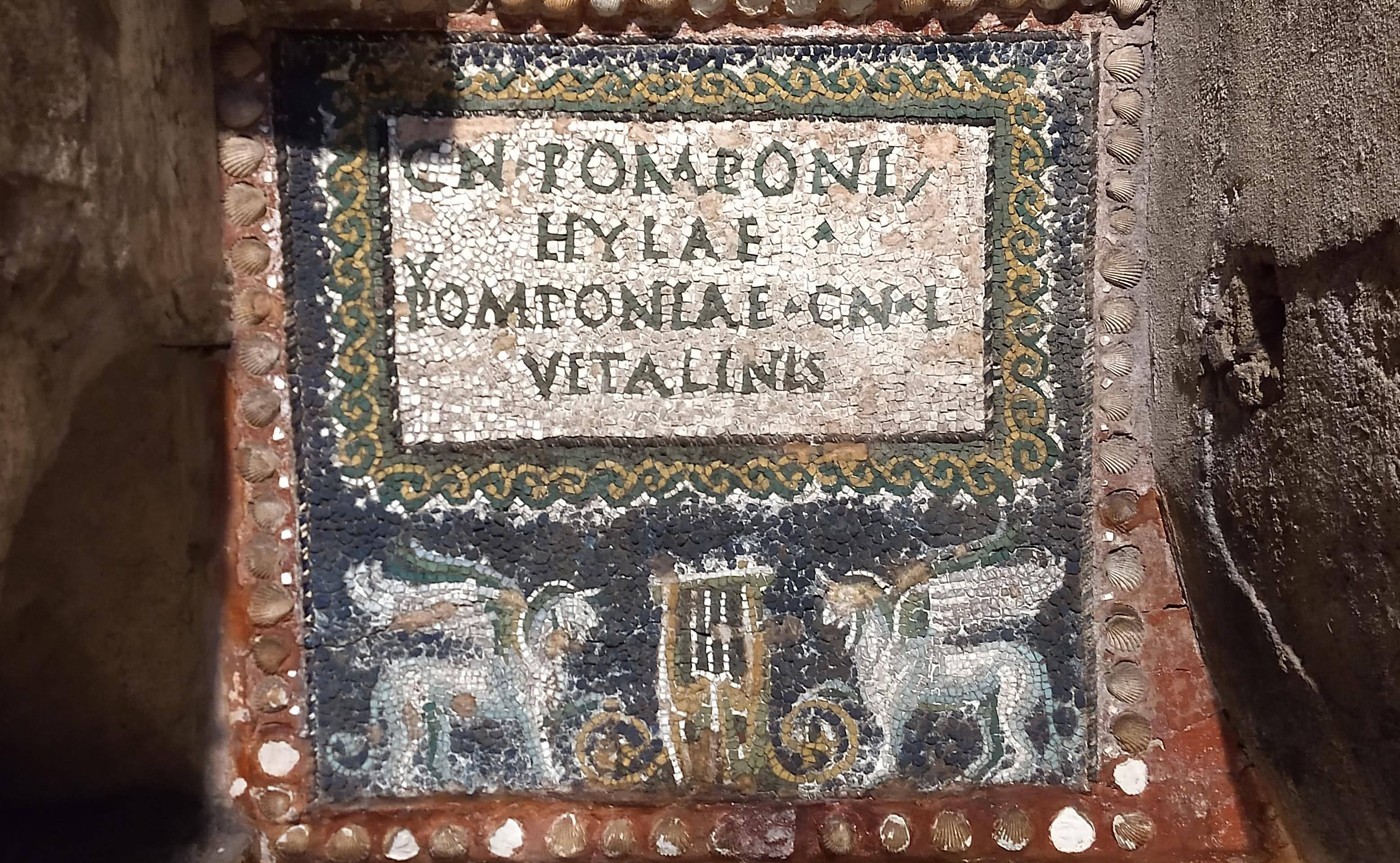 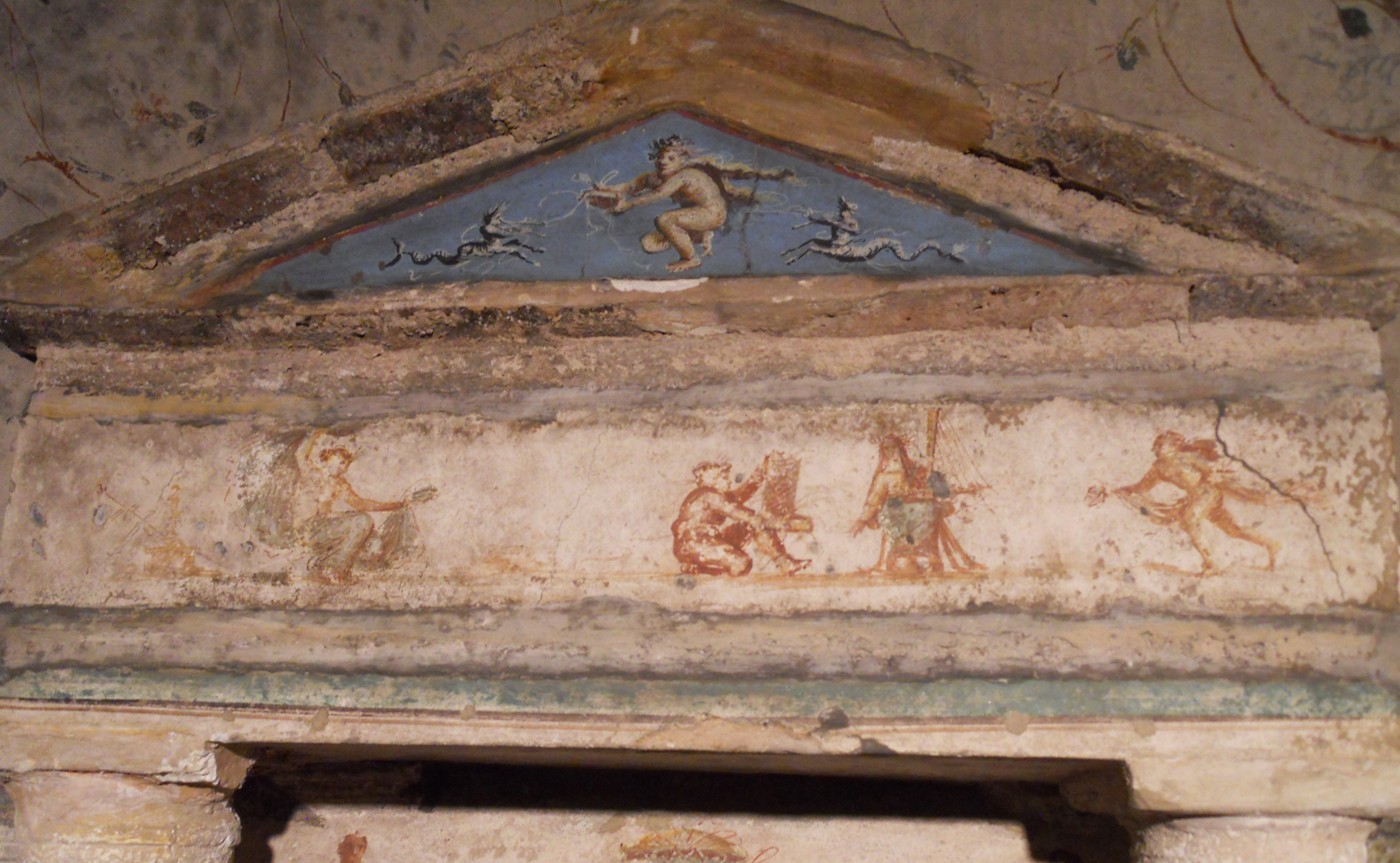 All our tours are PRIVATE, not sharing with other guests. EXCLUSIVE OPENING!

Discovered in 1831 by Pietro Campana, the Columbarium of Pomponius Hylas is a Roman columbarium of the first century, completely intact, located near Porta Latina on the Via Appia.

The columbarium is a special type of tomb widely used in Rome by those who couldn’t afford the luxury of a large tomb, but wanted that their ashes were still preserved in a decent way. So, they were given the opportunity of joining a funerary association that, through the payment of a sum, guaranteed the preservation of the ashes of the deceased in one of the many niches, purpose-built, of which the columbarium was provided. It is by the appearance of these semicircular niches and similar to the nests of pigeons, that the name of this type of tomb derives from.

The environment of the columbarium is carved into the rock: the style of the decoration and inscriptions allows to ascribe this remake to the Flavian age: the original building and the rest of the decor are therefore more ancient. Some inscriptions are of the Julio-Claudian period, the years between Tiberius and Nero.

On the wall in front of the access staircase there is a mosaic and the names of both spouses, Pomponio Hylas and his wife. Under the inscription two griffins with a harp are represented. After the staircase on the right there is the underground environment, here there are frescoes depicting grape vines, birds and cupids. In the aedicule in the apse, consisting of two columns, ornament and tympanum, are represented two characters, Granius Nestor and Vinileia Hedone, which are thought to be the founders of the tomb. In the tympanum of the aedicule is depicted a naked young man, identified with Dionysus.

Montecassino Tour – Cassino           Montecassino: an abbey and a battle on the Gustav Line   Highlights and what's included Full Day    ...
Go to the Tour

Live the flying experience: zip line near Rome with lunch

Live the flying experience: zip line near Rome with lunchNear Rome you have the opportunity to experience a pure adrenaline adventure! Amaze your...
Go to the Tour

Walking Tour Florence – Highlights of the city     Everything you absolutely can't miss in FlorenceHighlights and what's includedVisit Accessible...
Go to the Tour

Ducati Museum – BolognaDucati Museum: all bikes, all monsters, all tales Highlights and what's includedVisit Accessible website Half Day     Bologna...
Go to the Tour

Espresso Coffee Tasting   Taste espresso coffe by makers in the land where it has been inventedHighlights and what's includedVisit Accessible...
Go to the Tour

Prosecco tasting in the hills of Valdobbiadene and Conegliano