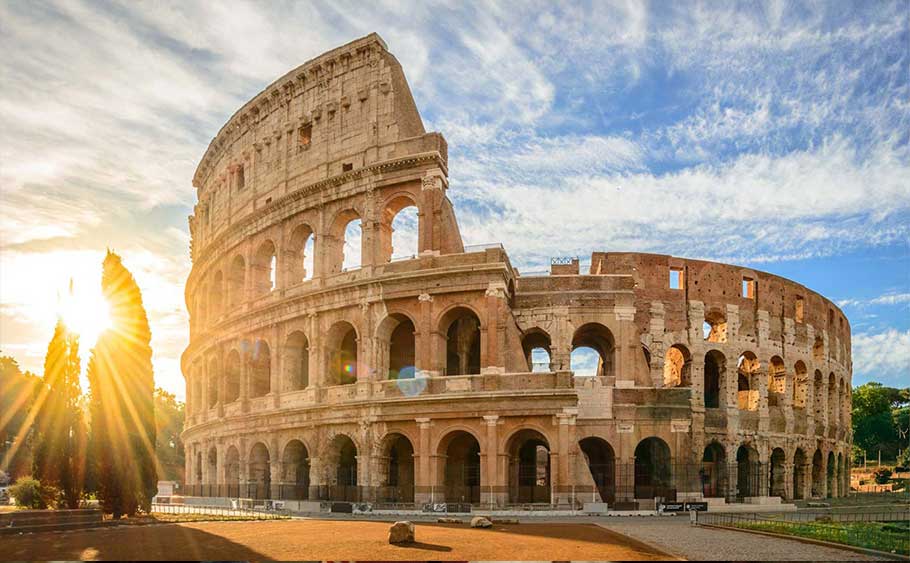 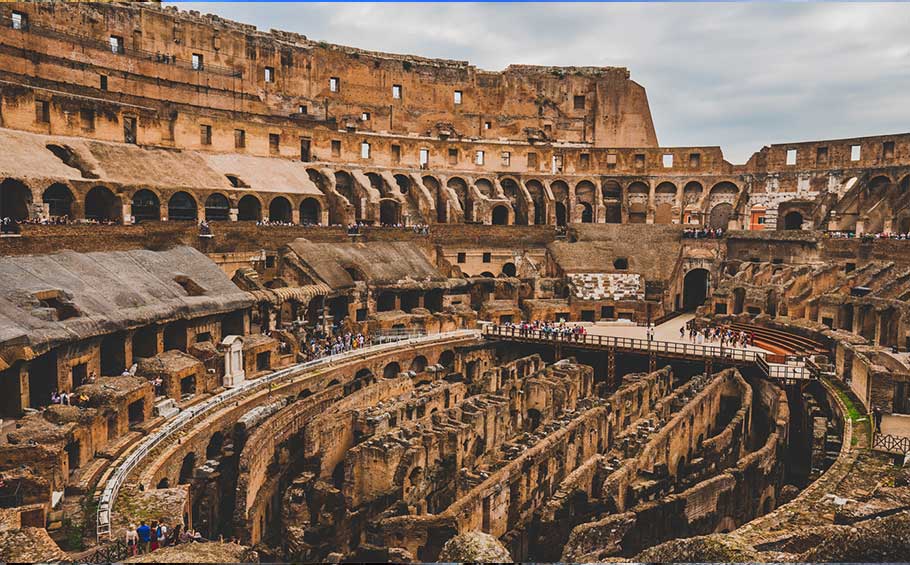 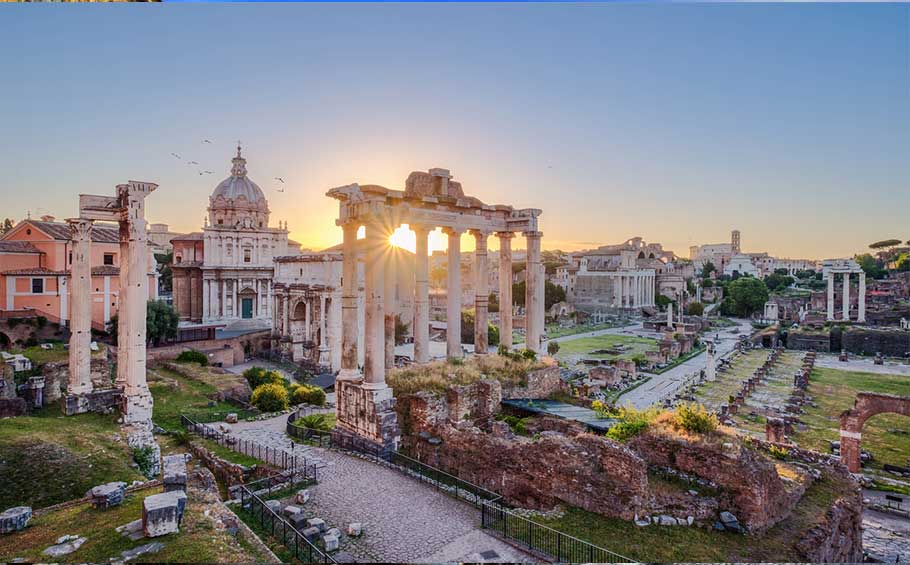 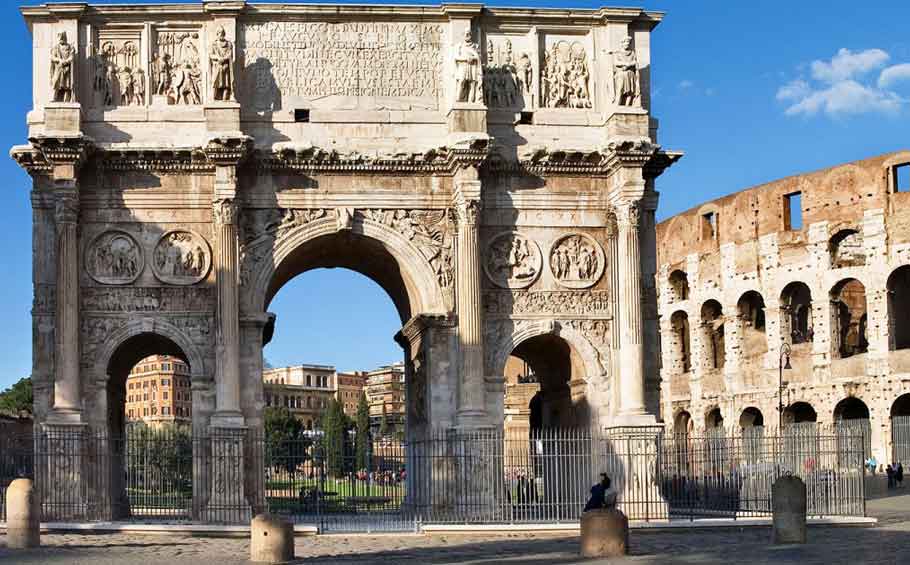 Colosseum and Imperial Rome tour takes you to visit the most important places of the heart of the ancient Roman Empire, the ruins of the great Imperial buildings and places where you can feel the ancient atmosphere of the Roman Empire...

According to legend, Rome was founded in 753 B.C. on top of the “Palatine hill”, one of the seven historical hills. So you have more than 2,700 years of history to explore in the same city, Rome.
Colosseum and Imperial Rome tour includes the visit of the largest amphitheater ever built in the Roman Empire, the Colosseum. It is also known by the name of “Flavian Amphitheater”. It was completed in 80 A.D. under Emperor Titus, and here up to 80,000 people at a time would meet to see gladiatorial fights and wild animals hunting from all over the Roman Empire. Furthermore, it was also a place for public executions. The Colosseum was equipped with movable special effects and trees, which provided a dynamic set for the different shows, and created the right atmosphere to reenact historical battles fought by the Roman Empire around the known world. According to an ancient prophecy, so long as the Colosseum stands Rome will continue to be.

romeanditaly group provides Colosseum and Imperial Rome tour that will lead you to the “ancient Roman Forum”. Originally a marketplace, this square housed government buildings and temples, and it was the beating heart of Rome’s daily life. It was a crucial meeting place, and it had many grandiose statues and monuments as well as important government offices, tribunals, and memorials. Colosseum and Imperial Rome tour also allows you to visit “the Curia”, where the senators used to meet and wield executive and legislative power. The tour will include the “arch of Titus” in “the Via Sacra”, just South-East of the Roman Forum, which commemorates emperor Titus’s victory over Jerusalem in 72 A.D. The tour also leads to the “Arch of Constantine”, which commemorates the victory of emperor Constantine in the battle of the Milvian Bridge in 312. “The Arch of Constantine” was dedicated by the senate to celebrate ten years of emperor Constantine’s reign, a so-called “decennalia”.

romeanditaly group in the Colosseum and Imperial Rome tour will give you the chance to visit the “imperial palaces” on top of the “Palatine Hill”, one of the historical seven hills upon which it is said that Romulus founded the city. This place is now one great open-air museum where you will be able to see the ruins of palaces of emperors Augustus, Domitian, and Tiberius. There are also numerous temples, as well as the houses of the richest roman citizens, built there before the emperors started to build their palaces.

Walking Tour of Venice is the perfect solution to see the highlights of Venice in only a half day private tour. “St. Mark Square”, “Doge’s Palace” with his amazing museum…