Bologna is a lovely destination for a walk in history, art but most of all.. food! Discover it by our Accessible Bologna Highlights tour! 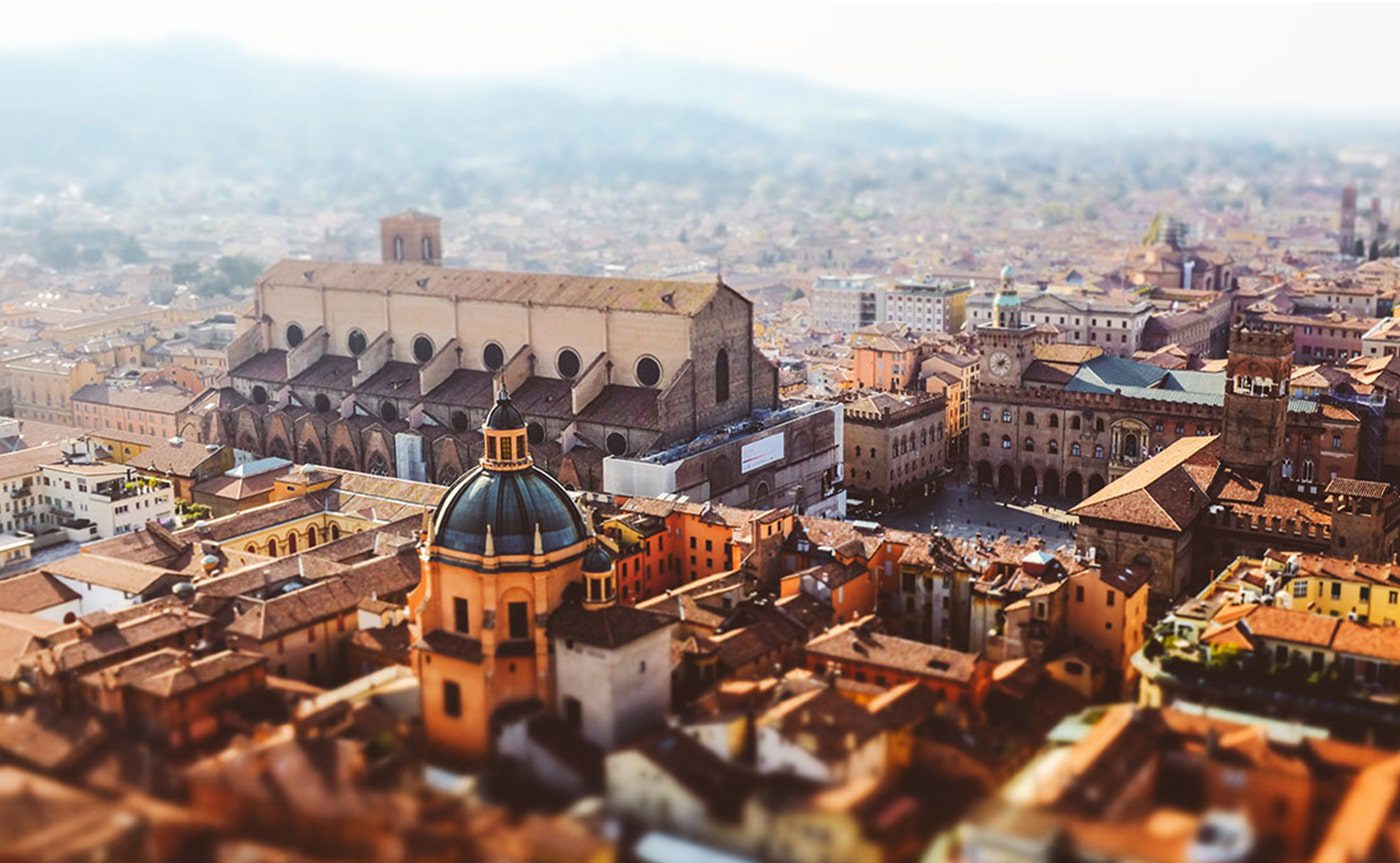 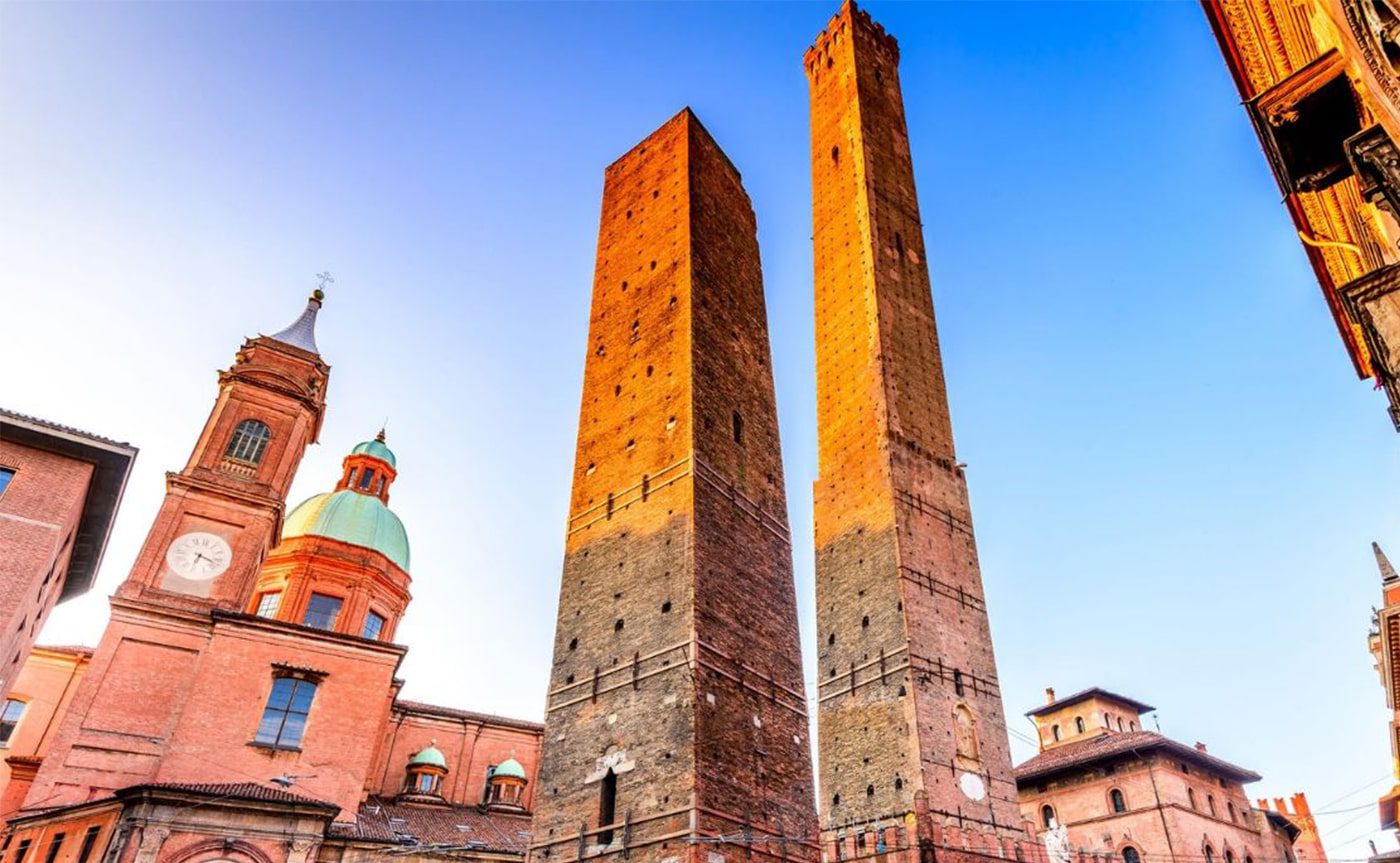 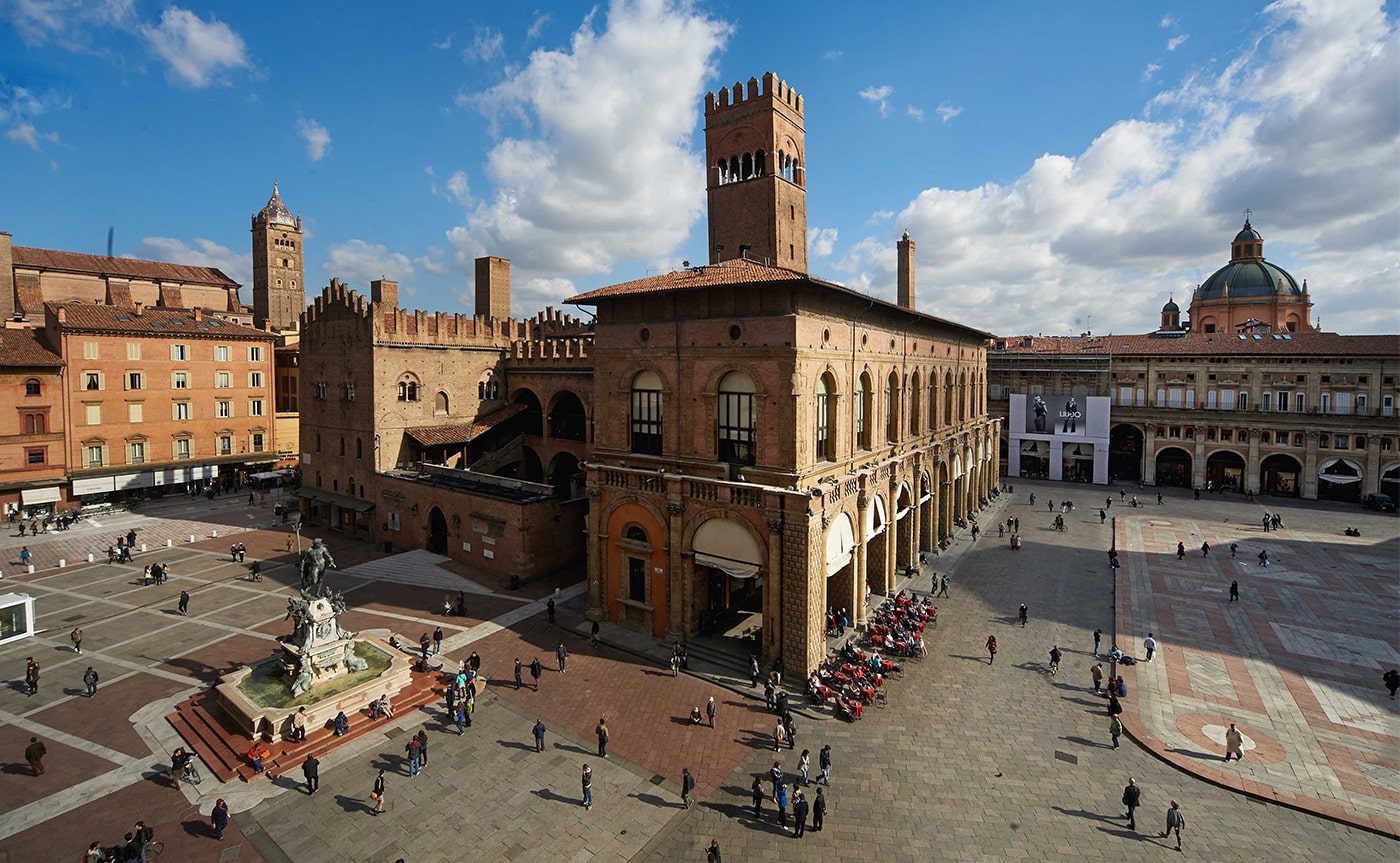 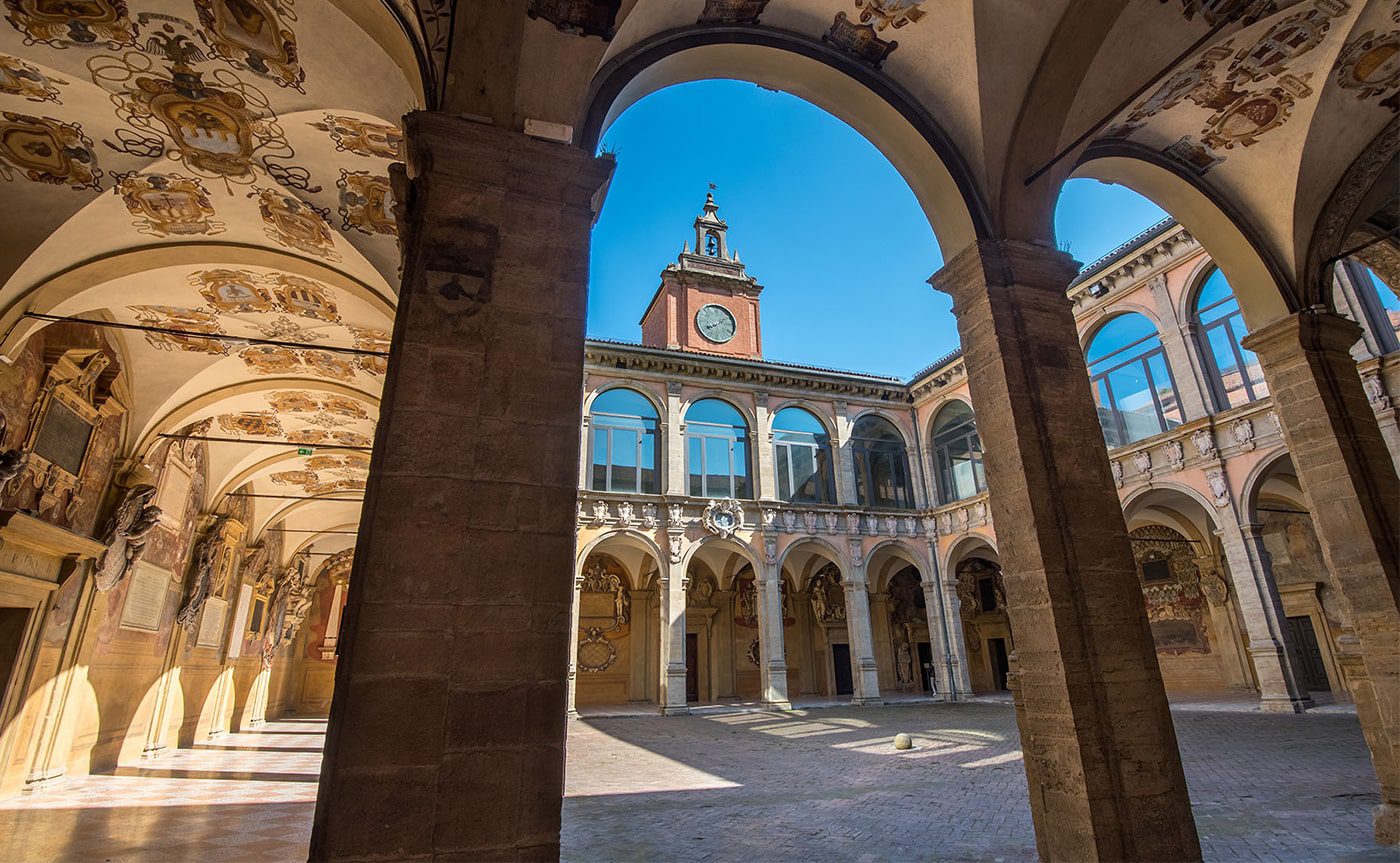 Accessible Bologna highlights tour: Bologna is the city of towers and the capital of food and motor valley of Italy: Ferrari, Lamborghini, Parma ham, Parmigiano Reggiano, Bolognese sauce and tortellini.

Accessible tours of Bologna for wheelchair users and disabled travelers. The city of Bologna is famous not only for being the capital of food and motor valley of Italy, but also for its cultural and artistic heritage and the architectural one, with myriad of fortified towers and around 40 km of the spectacular Portici (cover walking).

Accessible tour of the historical Bologna city center, the well-preserved medieval city in Italy. The arcaded streets (Portici) of the historical center still preserved a medieval aspect characterized by the leaning Asinelli and Garisenda towers, both built in 1109/19. Many medieval palaces are in this area of the city. Comfortable ramps of access allow the entrance at “the Basilica of san Petronio”, the Cathedral of Bologna, and at “the Palazzo dell’Archiginnasio”, site of the most antique University of the occidental world. Right now, it is one of the biggest Italian Municipal libraries.

Bologna has joined an European project with the aim of making the city accessible for everyone who has got mobility difficulties or sensory problems like deaf or blind people. Many areas of the city have been defined as usable with paths studied in order to take in consideration the architectural barriers.

Bologna, country seat of Emilia Romagna Region, is a city full of art and history. The most important architectural attractions are the Cathedral of St. Petronio, which is one of the biggest cathedrals in Europe and the Palace of Archiginnasio, in which you can find Anatomico’s Theater and Legisti’s courtroom, which is the first location of the University of Bologna.

If you decide to visit this beautiful city by our Accessible Bologna Highlights tour, you cannot miss the Cathedral of Santo Stefano, also called the Cathedral of the Seven Churches, but today you can only visit four churches in the building. This specific Church also goes by the name of Sancta Jerusalem Bononiensis. In Santo Domenico Church, you can admire different artworks made by Giunta and Nicola Pisano, Nicolò dell’Arca, Michelangelo, Guido Reni, Guercino, Ludovico Carracci and, also, the magnificent inlayed choir of Fra’ Damiano Zambelli.

Bologna is not just art and history; in fact, food has a great tradition! The most famous market street is “Pescherie Vecchie”, in which you will find historical small shops. However, Herbs Market is very popular, too. A quite remarkable market (16,000 sqm.) opened in November 2017 and there you can find food from all around Italy! Finally, if you want a breath-taking view of the city, in Bologna you will find 24 towers, and you will have the opportunity to enter two of these. One tower has 201 steps and the other one has 488 (towers are not accessible)!

On request, with an extra cost, it is possible to have an accessible transfer with a vehicle equipped with lift.

Come to Rome and retrace the steps of “Robert Langdon” with the Angels and Demons accessible tour.