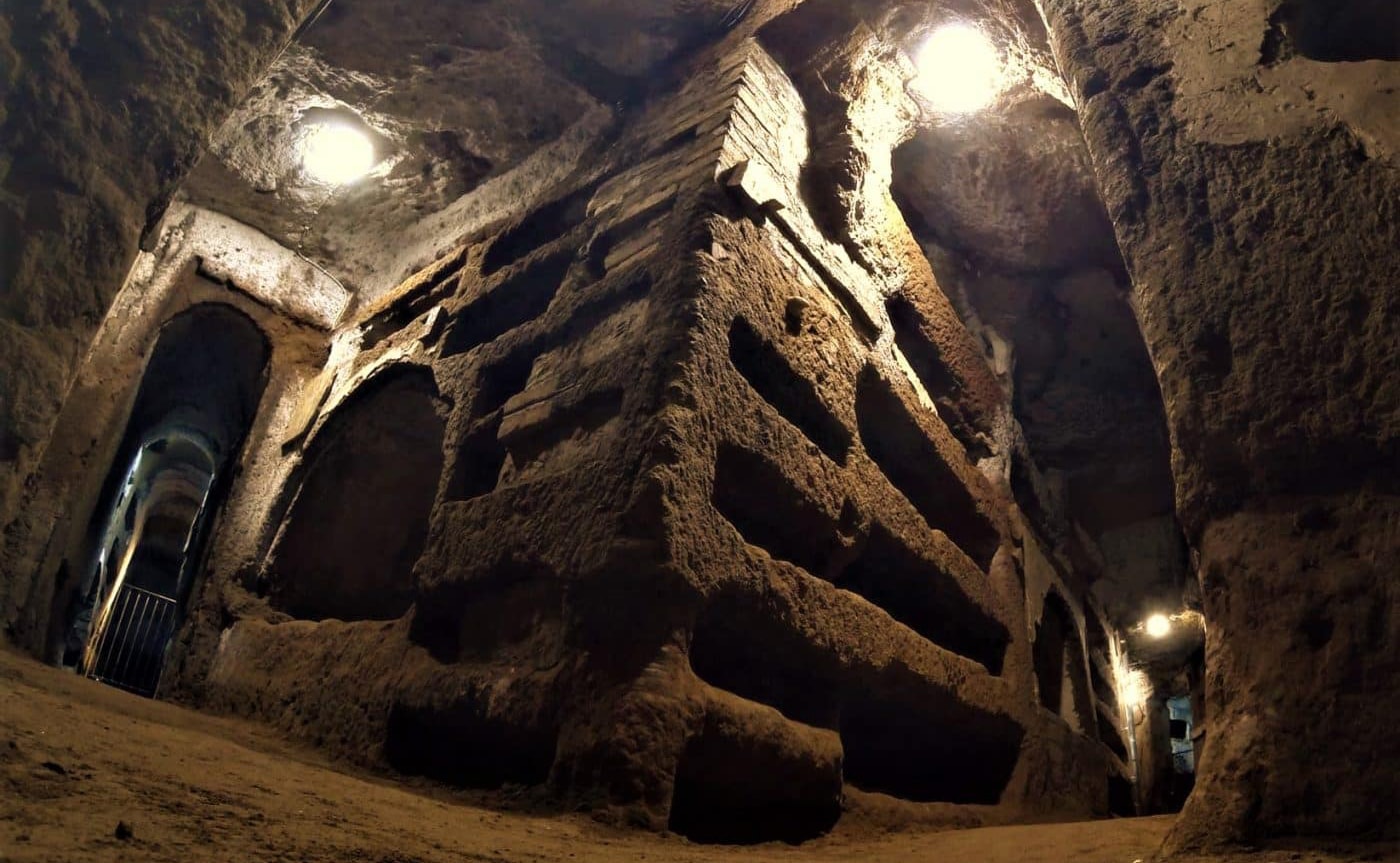 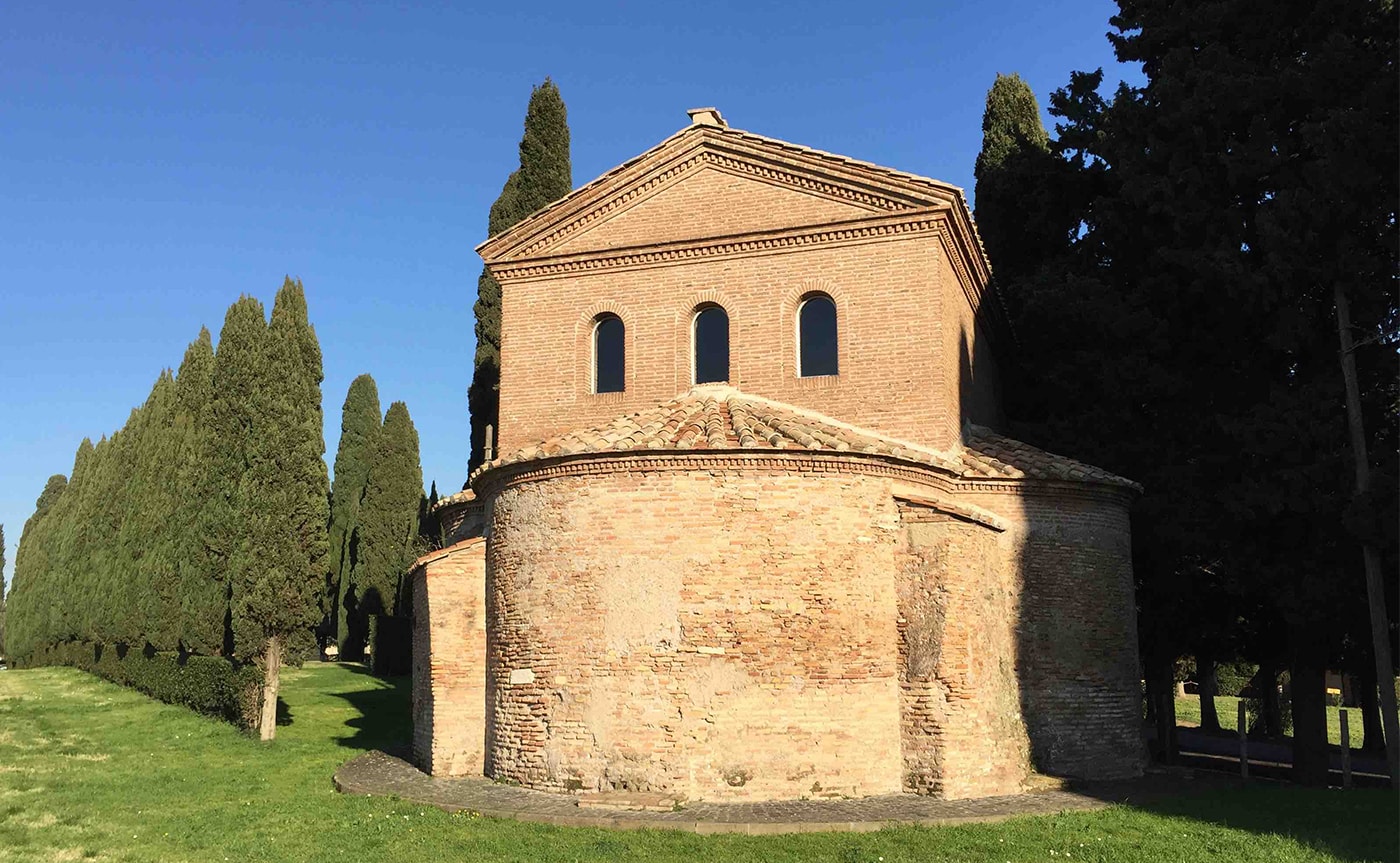 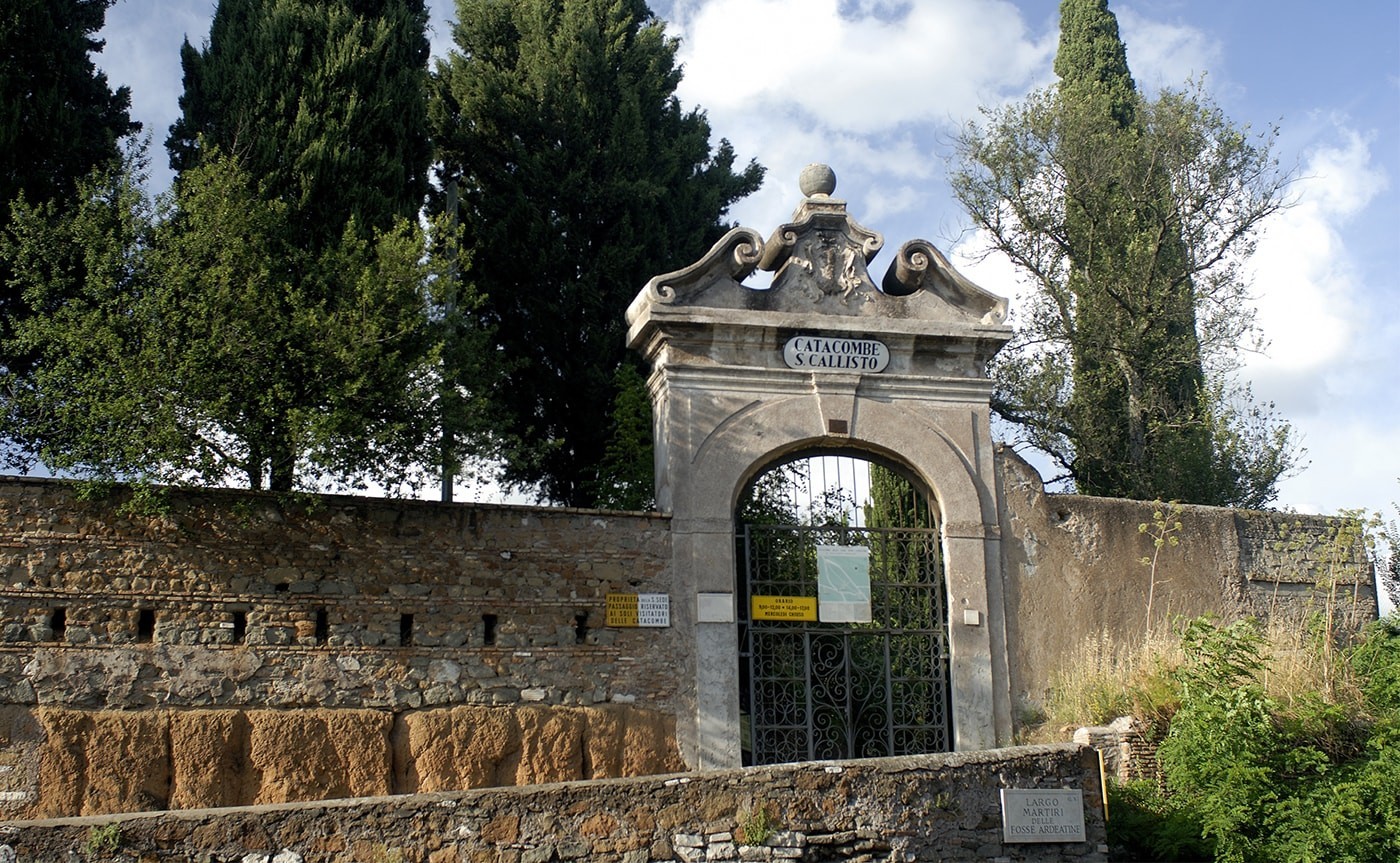 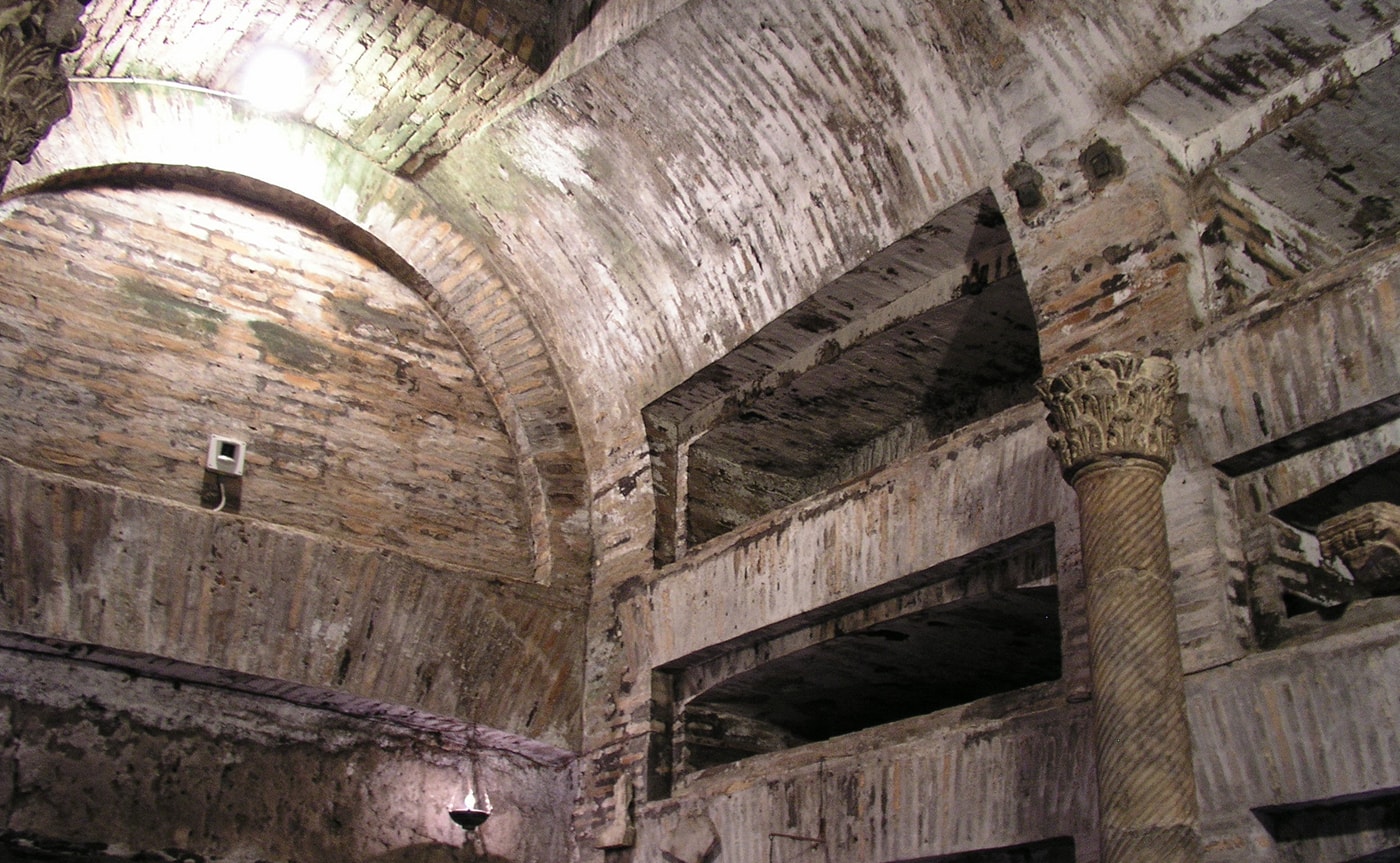 Catacombs of San Callisto tour is an half day guided tour.

The Catacombs of san Callisto were the “official cemetery of the Church of Rome” in the third century. About half a million Christians were buried in them, including many “of martyrs” and “sixteen Popes”....

This “Catacombs” take their name from the deacon “San Callisto” who, at the beginning of the third century, was appointed by “Pope Zeffirino” to administer the cemetery.

“The Catacombs of San Callisto” are the largest and busiest of Rome’s catacombs. Founded at the end of the 2nd century and named after “Pope Calixtus I”, they became the official cemetery of the newly established “Roman Church” In the 20 km of tunnels explored to date, archaeologists have found the tombs of 500,000 people and seven popes who were martyred in the 3rd century. A modern staircase, built on the site of the ancient one of “Pope Damasus I”, gives access to “the crypt of the Popes”, where “nine popes” and, perhaps, eight members of the ecclesiastical hierarchy were buried: along the walls are the original inscriptions in Greek of “the pontiffs Pontian, Antero, Fabiano, Lucio I and Eutichiano”. “Pope Sixtus II” was also deposed on the back wall, killed during the persecution of the Roman emperor “Valerian”. The metric inscription in front of the tomb of “Pope Damasus” is engraved in the characters created by the calligrapher “Furio Dionisio Filocalo”.

In the neighboring area known as “San Milziade,” there is a child’s sarcophagus with a forehead sculpted with “biblical episodes”. In the area of “Saints Gaius and Eusebius” there are some “distinct crypts”, one opposite the other, which house the tombs of the “pope Caio,” with an inscription, and “Pope Eusebio”, who died in “Sicily” where he was exiled by the roman Emperor “Maxentius” and moved to Rome during the pontificate of “Miltiades”; on a marble copy of the end of the 4th century (of which there are the original fragments on the opposite side) we can read a “Damasian inscription” with the memory of “the schism” aroused by Heraclius for the question of lapsi. Walking through the gallery you will come across, in succession, “the crypt of the martyrs Calocero and Partenio” and “the double cubicle of Severus”, which contains a rhythmic inscription (not later than 304) where the bishop of Rome “Marcellin” is called pope for the first time and is professed faith in the final resurrection.

In a more remote area is the deposition of “Pope Cornelius”, whose tomb preserves the original inscription containing the “title of martyr” and, on the sides, splendid paintings, with Byzantine stylistic characters of the seventh and eighth centuries, depicting “the Pope Sixtus II” and “Pope Cornelius” and the African bishops “Cipriano and Ottato.”

In a nearby cubicle are some of the most ancient frescoes of the Roman catacombs (late 2nd – early 3rd century): on the ceiling, a “Good Shepherd” with prayers, and on the back wall two fish with a basket of loaves on the back, symbol of the Eucharist.

The patron saint of music, “St Cecilia”, was also buried here, though her body was later removed to the “Basilica di Santa Cecilia in Trastevere”. When her body was exhumed in 1599, more than a thousand years after her death, it was apparently perfectly preserved, as depicted in “Stefano Maderno’s” softly contoured sculpture, a replica of which is here.

Enjoy our The Catacombs of San Callisto Tour.

Escape RoomAll the best escape rooms in Italy. Choice a style and take on the challengeHistorical interestFunActivity LevelPrice from 55 eurosFind...
Go to the Tour