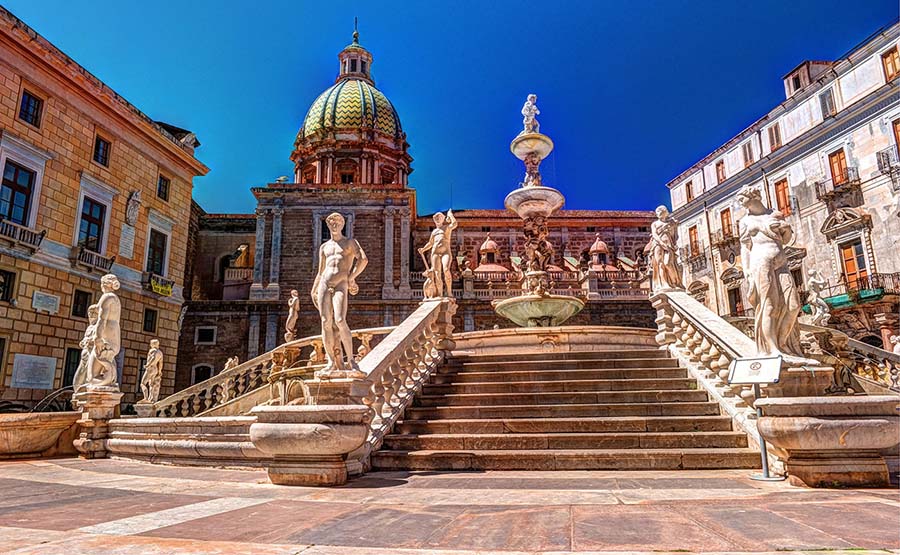 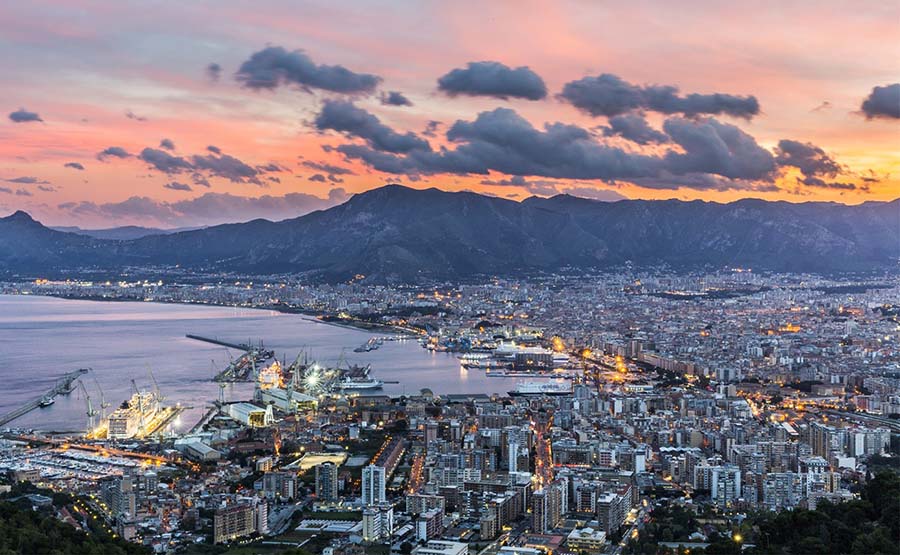 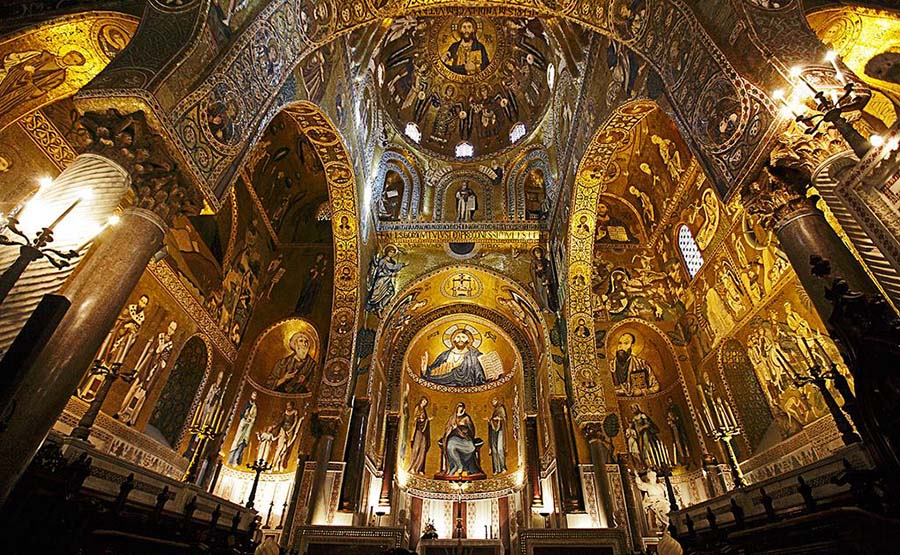 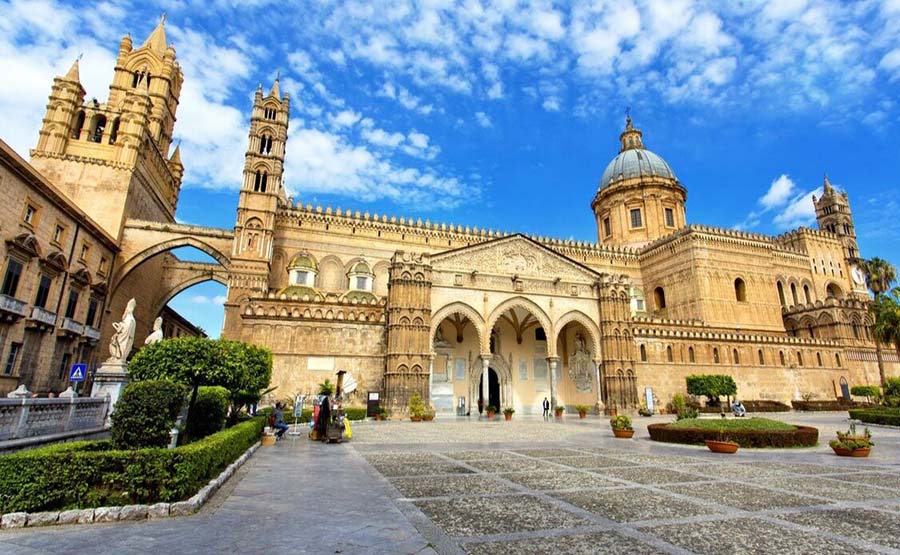 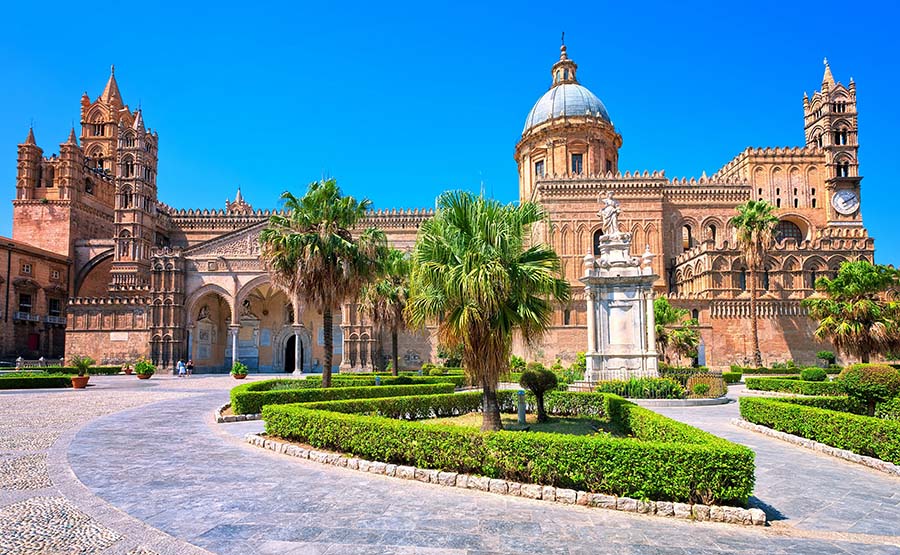 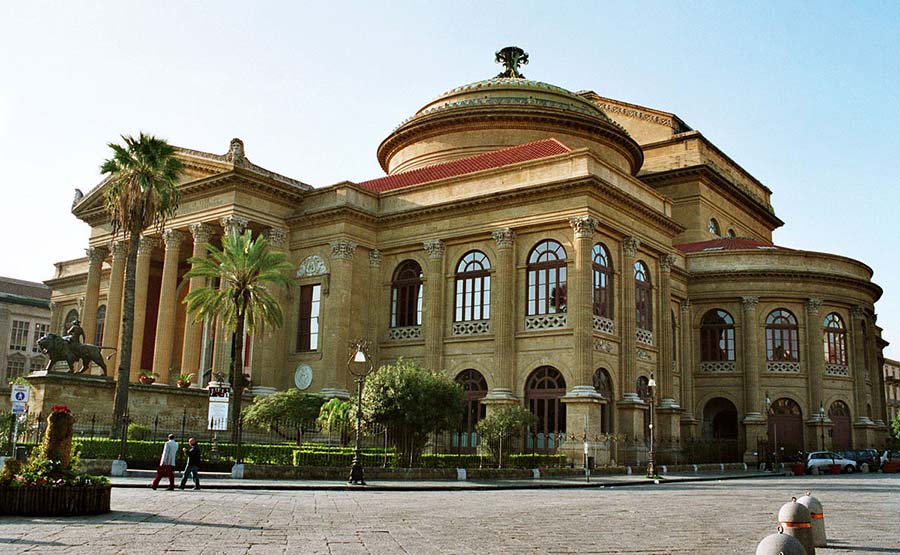 Palermo is a lovely Sicilian city at the crossroads of Mediterranean civilizations of Italy.

Palermo extends over the “Conca d'Oro” plain and is bathed by the sea and surrounded by the barrier of the “Palermo Mountains”. The site has been inhabited since prehistoric times, and its long history and the succession of numerous civilizations and peoples have given the city a remarkable artistic and architectural heritage. ...

The historical part of “Palermo” city is concentrated in the area called “Quattro Canti”, also known as the “Teatro del Sole”, an octagonal-shaped square that roughly encompasses four districts: L’Alberghiera, Il Capo, La Cala, La Kalsa. There you will find all the ancient monuments of the city and the mixed medieval and North African beauty of the typical Sicilian streets and squares. One stop of the tour is the “Arab-Norman Palatine Chapel” dating from 1130-11340, located in the“Palazzo dei Normanni”, which now houses the “Sicilian Parliament” and was once the royal chapel of the “Norman King of Sicily”.
The “Palatine Chapel” remains an important example of Byzantine and Saracen architecture.Apart from the “Palazzo dei Normanni”, the city of “Palermo” is full of palaces to visit or simply admire. Some are more or less well-preserved. “Palazzo Gangi” a sumptuous palace is well known for being the location where Luchino Visconti’s film “Il Gattopardo” was shot. “Palazzo Chiaramonte Steri” thought to have been the seat of the Inquisition Court for over 150 years. You can discover the prison cells, covered in graffiti made by prisoners with their own blood and urine, and learn more about the horrors of torture during the Inquisition period. “Palazzo Mirto” a beautiful palace with authentic decorations and original furniture.  Another stop on this Accessible tour is the “Cathedral”, founded in the late 12th century. It contains the tomb of “Frederick II” and other rulers, and is characterized by different styles due to a long series of restorations. Built in 1700 by “Archbishop Gualtiero Offamiglio” on the site of an ancient basilica founded by St George, it became a moat in the Saracen period. The cathedral is richly decorated with splendid frescoes and mosaics from the 12th and 13th centuries and features several sculptures by “Gagini and Villareale”, as well as the famous ‘Assumption’ by Velasquez.Later you will explore a large open air street market (Capo or Ballarò) that captures the flavor of Palermo’s Saracen Arab past.Then we visit the “Teatro Massimo” in “Palermo”, inaugurated in 1897, is the largest opera house in Italy and the third largest in Europe. Its immense size was the subject of controversy at the time, as people wondered whether “Palermo” really needed such an opera. It quickly became one of Italy’s most famous theaters, thanks to the quality of the plays and operas that take place here. Closed in 1974, it only reopened in 1997 after 23 years of construction accompanied by political scandals and corruption.An unmissable stop in “Palermo” is the “Ballarò Market”, one of the largest and most typical in the city. In this colorful market, you can find the best produce from all over “Sicily”, including fruit, vegetables, cheese and of course fish.

Discover with our Accessible tour the wonderful city of Palermo!

Accessible Palatine Gallery is an half day accessible guided tour that led you discover one of the most beautiful galleries in Florence. And to know the history of “the Medici …Read More

A fascinating accessible movie tour to retrace the most wonderful place where the movie “Letters to Julie” was shot.

A captivating accessible tour to retrace some place of Venice where the movie starring by Daniel Craig “Casino Royale” was shot.