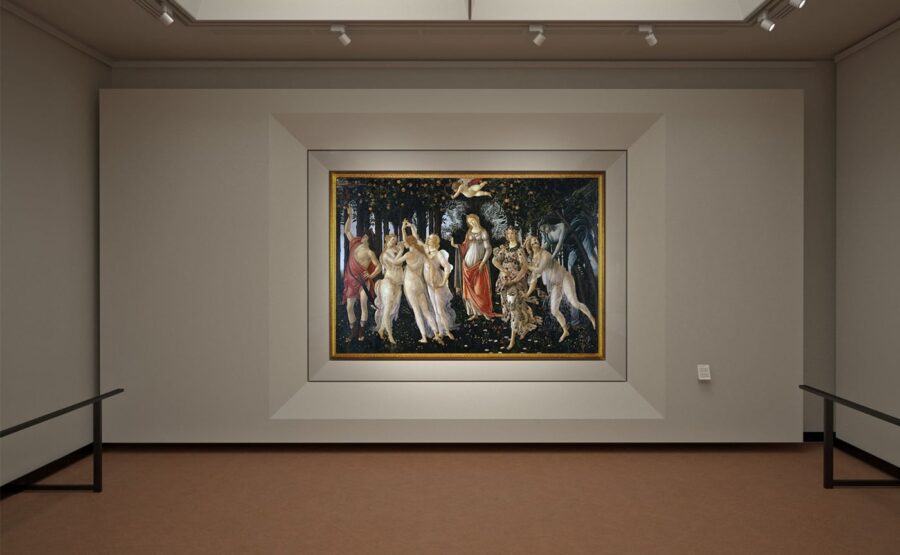 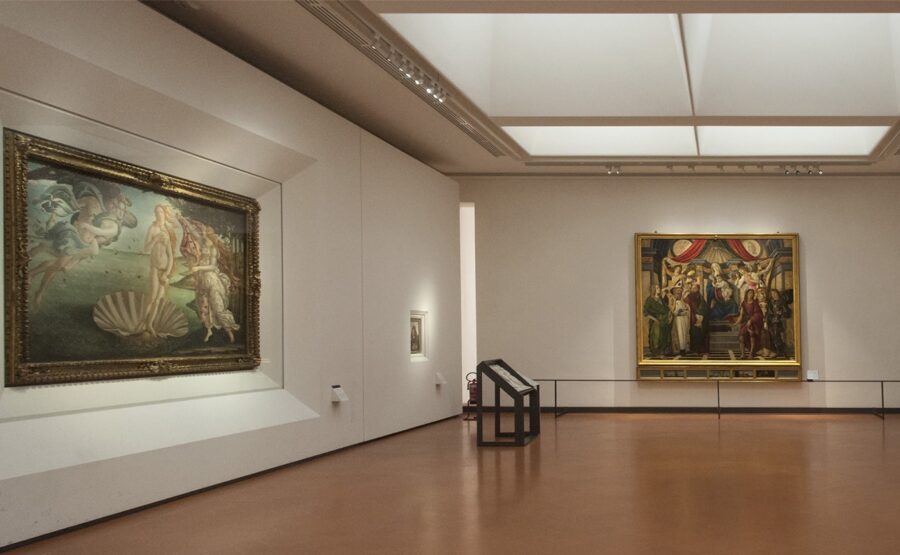 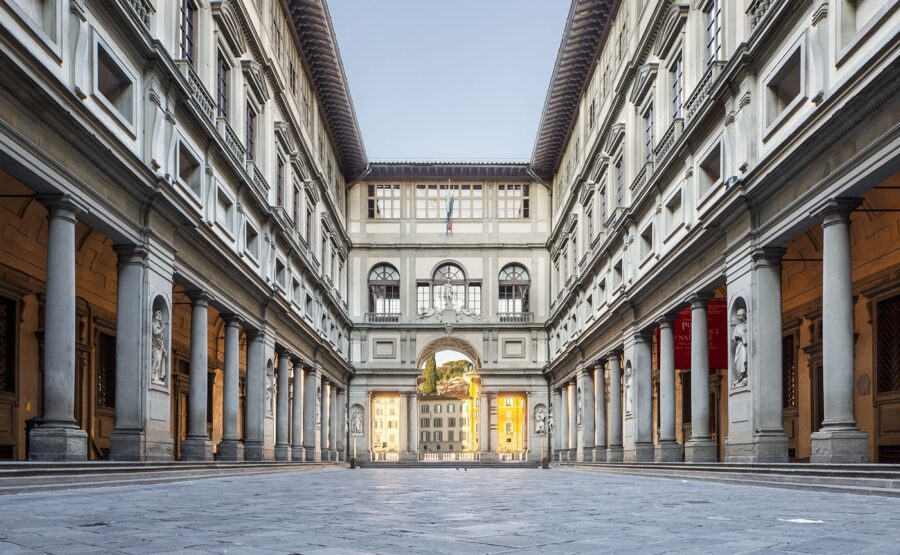 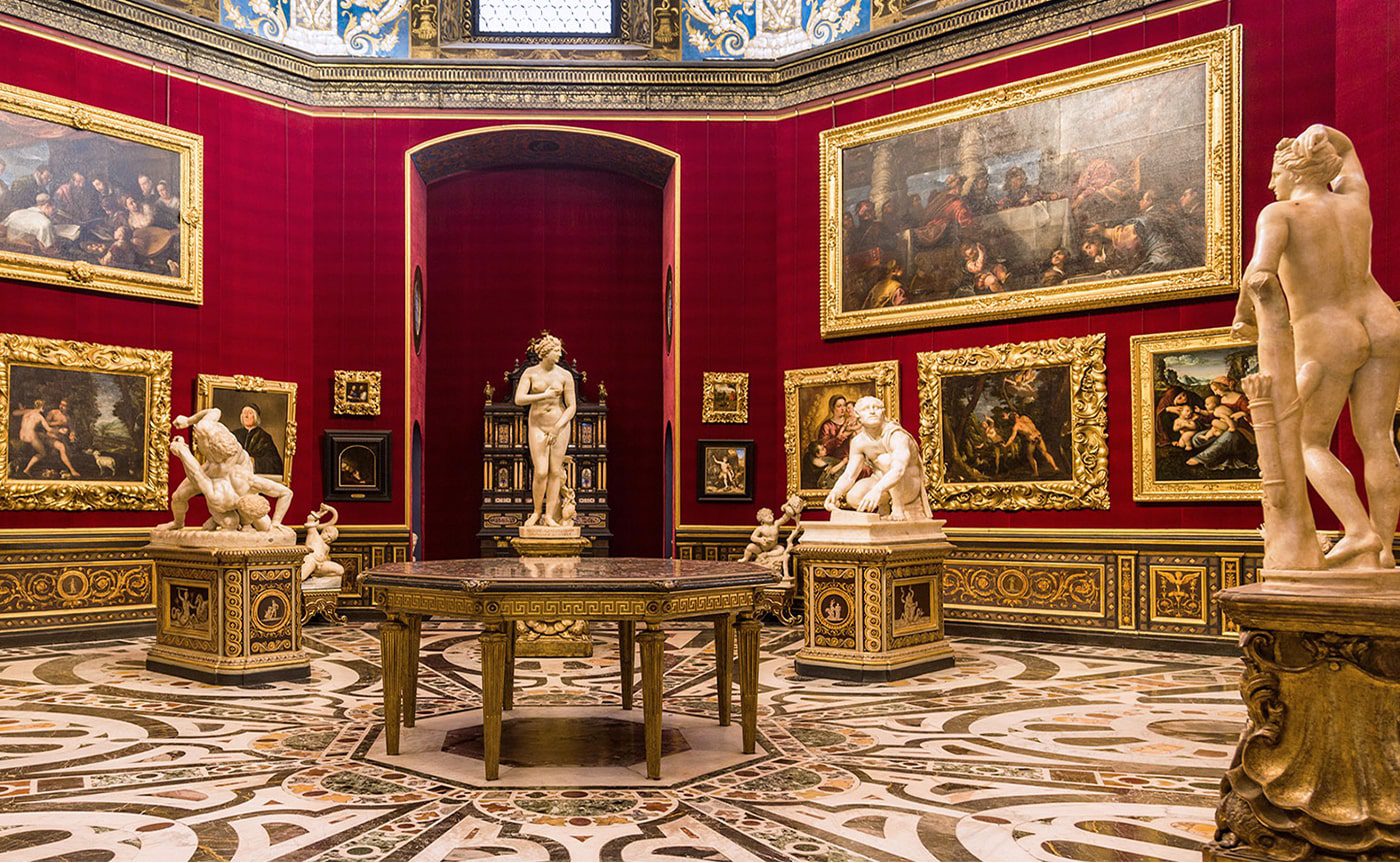 A guided and completely accessible Uffizi Gallery tour building in Florence” to discover the works of the most important Italian Renaissance artists.

The accessible Uffizi Gallery tour offers you a guided and accessible experience through the Historic Center of Florence and the opportunity to discover the most iconic corners of the city. Our expert guide will offer you an insight into Florence and show you the distinctive traits which make the city so unique and suggestive....

The accessible “Uffizi Gallery” tour will take you in some of the 50 rooms full of breathtaking and priceless paintings and sculptures realized by iconic Renaissance artists. Between them, it is essential to mention the “Annunciation” which depicts the angel Gabriel announcing to the Virgin Mary that she would conceive and give birth to Jesus and painted by the great “Leonardo Da Vinci”, the famous versatile artist who was also a skillful inventor. He lived between the 1400 and 1500 and his works were known mainly in Milan, Florence and Rome and even in France where he spent the last three years of his life. His works later inspired artists and engineering inventions. Centuries later, he is recognized as one of the most important and famous artists in the world.

During the accessible Uffizi Gallery” tour, you will also be able to admire works of artists such as “Michelangelo” with the “Tondo Doni”, “Raphael”, and Botticelli with his “Birth of Venus” and “Primavera”, both including mythological themes, analyzed by art historians from all over the world and recognized as icons of the Italian Renaissance. Last but not least, the accessible “Uffizi Gallery” tour will guide you through the rooms which host two of the most famous works of the rebellious “Caravaggio”, “Bacchus” and “Medusa”. His works are characterized by the use of “chiaroscuro” which largely influenced the new Baroque style and known artists such as “Gian Lorenzo Bernini”. The collection of the “Uffizi Gallery” was mainly supplied and protected by the “Medici” family who were known lovers of art.

Book now your accessible Uffizi Gallery tour experience and let yourself be amazed by the beauty of the Italian Renaissance – and discover the real essence of Florence!