A captivating accessible tour to retrace some place of the Italian Island of Sicily where the movie starring by Al Pacino “The Godfather” was shot. 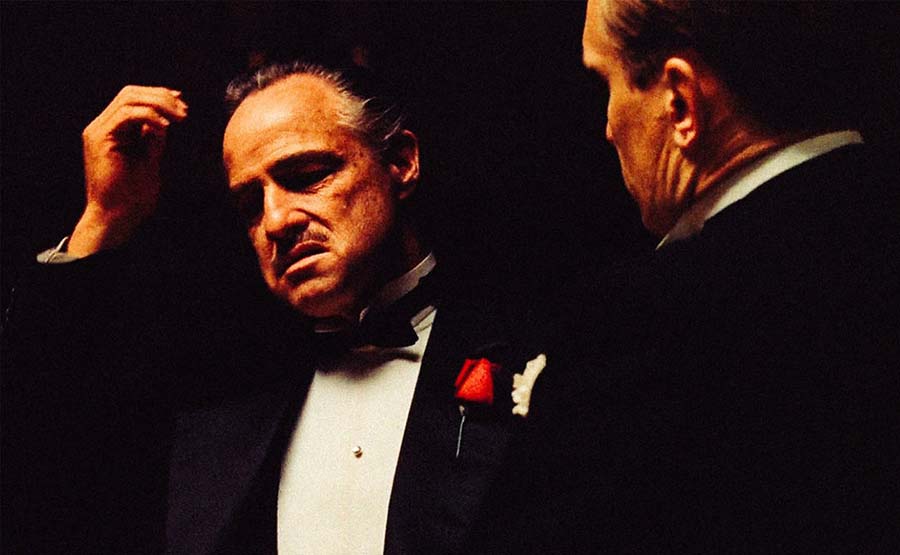 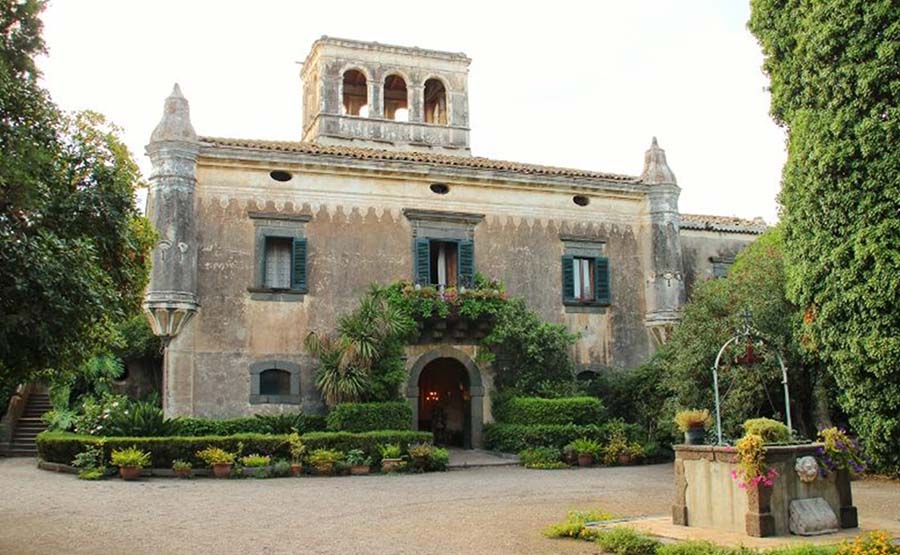 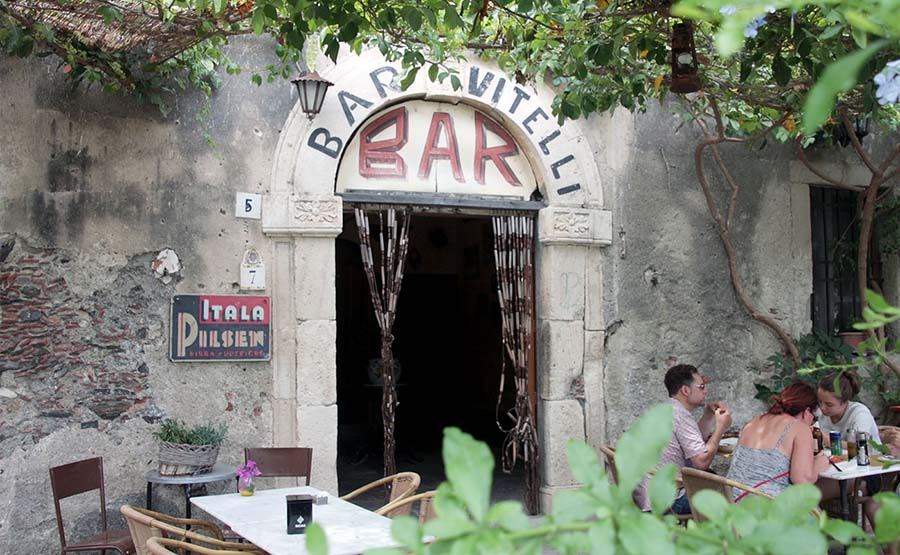 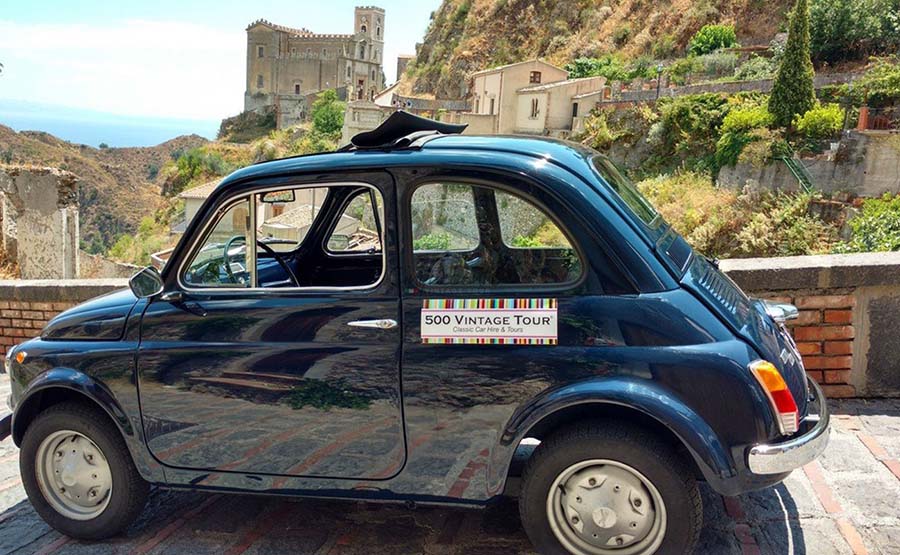 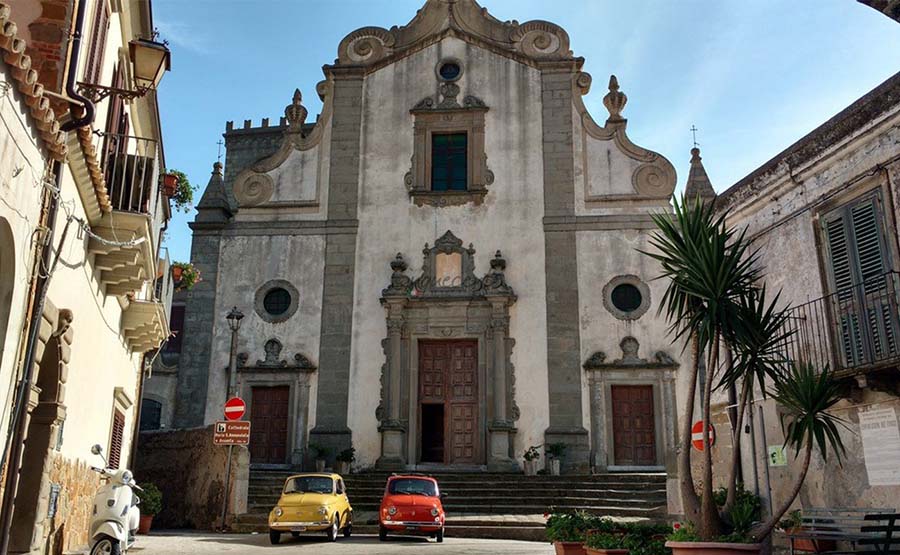 “The Godfather” is a half day accessible guided tour designed for wheelchair user where you can visit all the places of Sicily island that have been the background of the movie.

The movie tour “The Godfather” starts from a Sicilian city “Savoca”, a small village in the Italian province of “Messina”. It is perched on the mountain, but also offers much to the tourists who visit it. ..

There are many reasons to go to “Savoca”: the seventeen mummies kept in the crypt of the Capuchin convent, which have even been studied by an international research team. It is also called the “village of the seven faces”, a name given by “Sciascia” in an article published on 12 May 1962 in “Il Giorno”: for him, in fact, every time you turn your eyes, the landscape always offers a different view.At the entrance to the town, in “Piazza Fossìa”, the eighteenth-century “Palazzo Trimarchi” still bears the sign of the famous “Bar Vitelli”, where Michael Corleone spoke to the father of his future wife Apollonia Vitelli: named by Coppola himself, it has remained so ever since and is popular with tourists wishing to sit at the protagonist’s table.In “Savoca” you can also visit the ruins of the “Pentefur Castle” and the city gate, built in the Norman era in the 12th century and consisting of a pointed arch in sandstone; and you can also see “La Bifora”, a late-medieval construction in Spanish-Gothic style that is now listed for architectural protection, and the old prison of the “Terra di Savoca”, or rather what remains of it after the 1908 earthquake.

The second step of the tour is the other Sicilian city of “Forza d’Agrò”, it’s located between the provinces of “Messina” and “Catania”. This small town has in recent years managed to adapt to various types of tourism; from the young person looking for fun, to the adult tired of the chaotic world. Both are immersed in the peace and quiet of this town dominated by the castle, which retains a clear medieval layout with its houses huddled together in narrow alleyways.You will be surprised at the sight of the castle and its guardhouse with its fortified walls, he admires the 15th-century “Cathedral of the SS. Annunziata” in the heart of the town, powerful but harmonious, and further down the beautiful church of the Triad with its spectacular “Durazzesco Arch” and the adjacent “Augustinian Convent”. He takes a walk, and as he moves away from the town, he notices that the landscape becomes wooded, he sees that here and there there are old farmhouses, majestic shelters obtained from the atmospheric agents such as the Rocche a Scala; going further along Santoleo, he realises the seduction that the Forzese countryside spreads.

What are you waiting for? Join us in this incredible accessible tour through the places where the famous movie “The Godfather” was shot!

Our tour guide will take care of your needs, making sure all the routes you will take, will be accessible with your wheelchair or mobility scooter