All bikes, all monsters, all tales. Discover the accessible Bologna Ducati Museum. 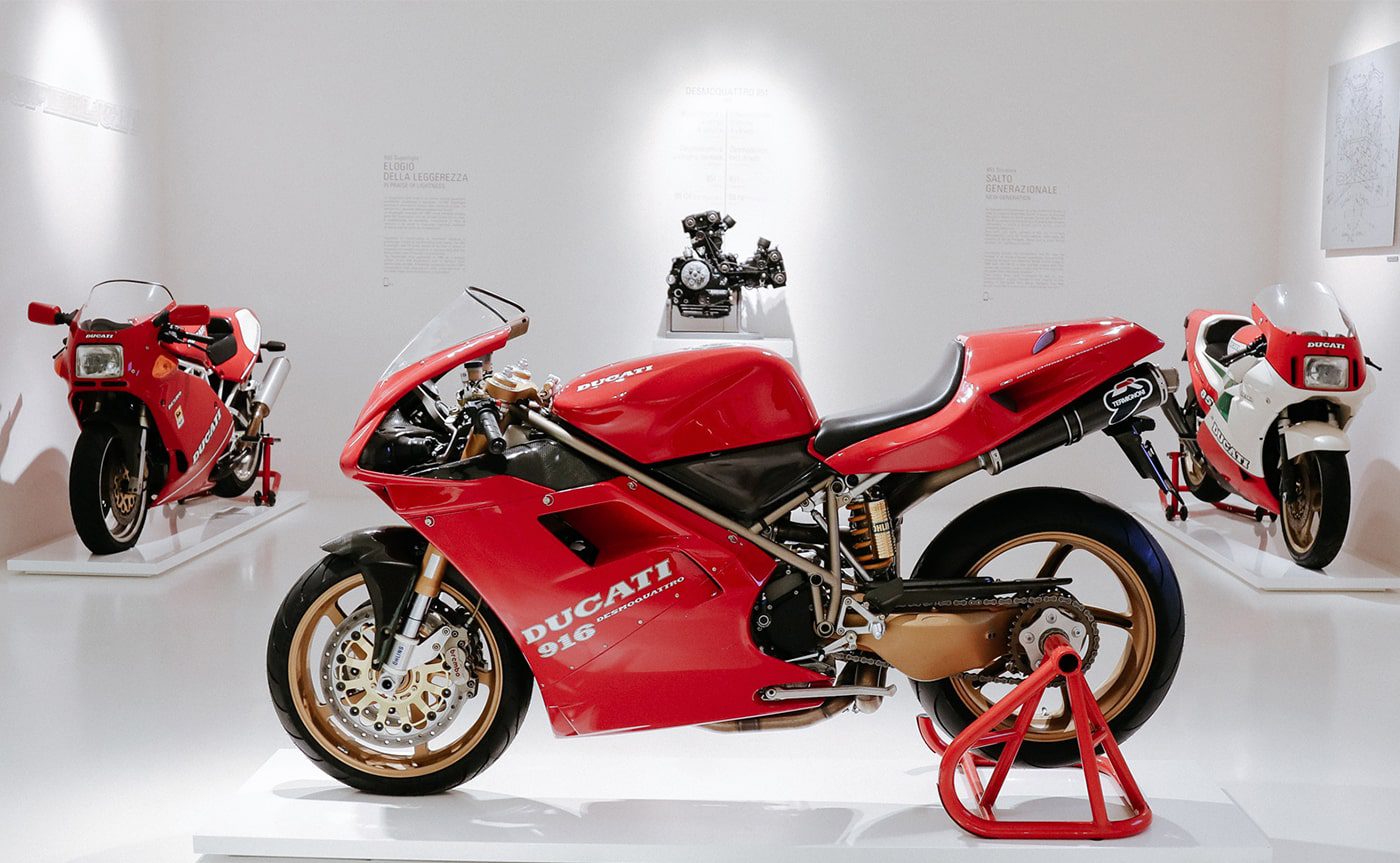 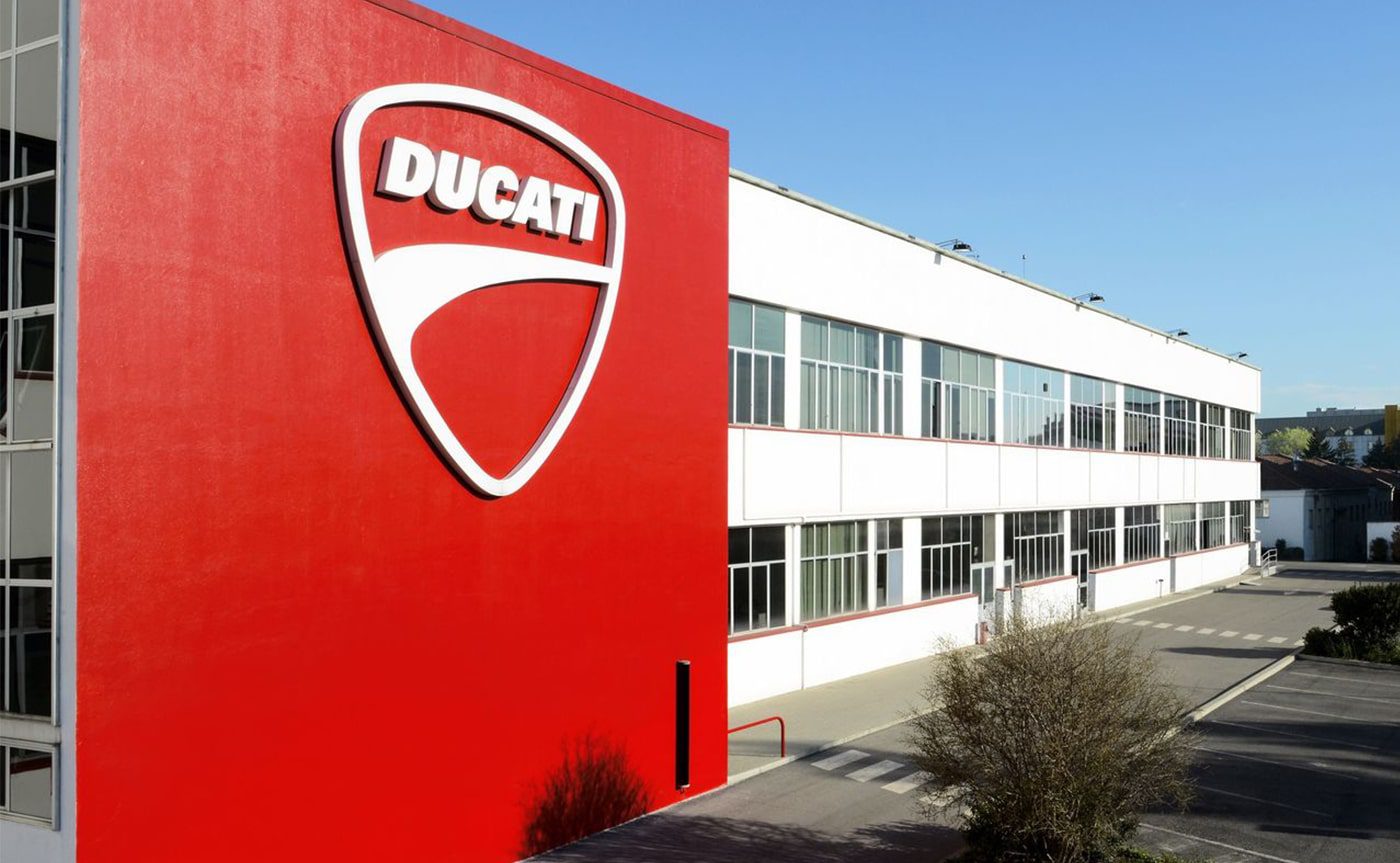 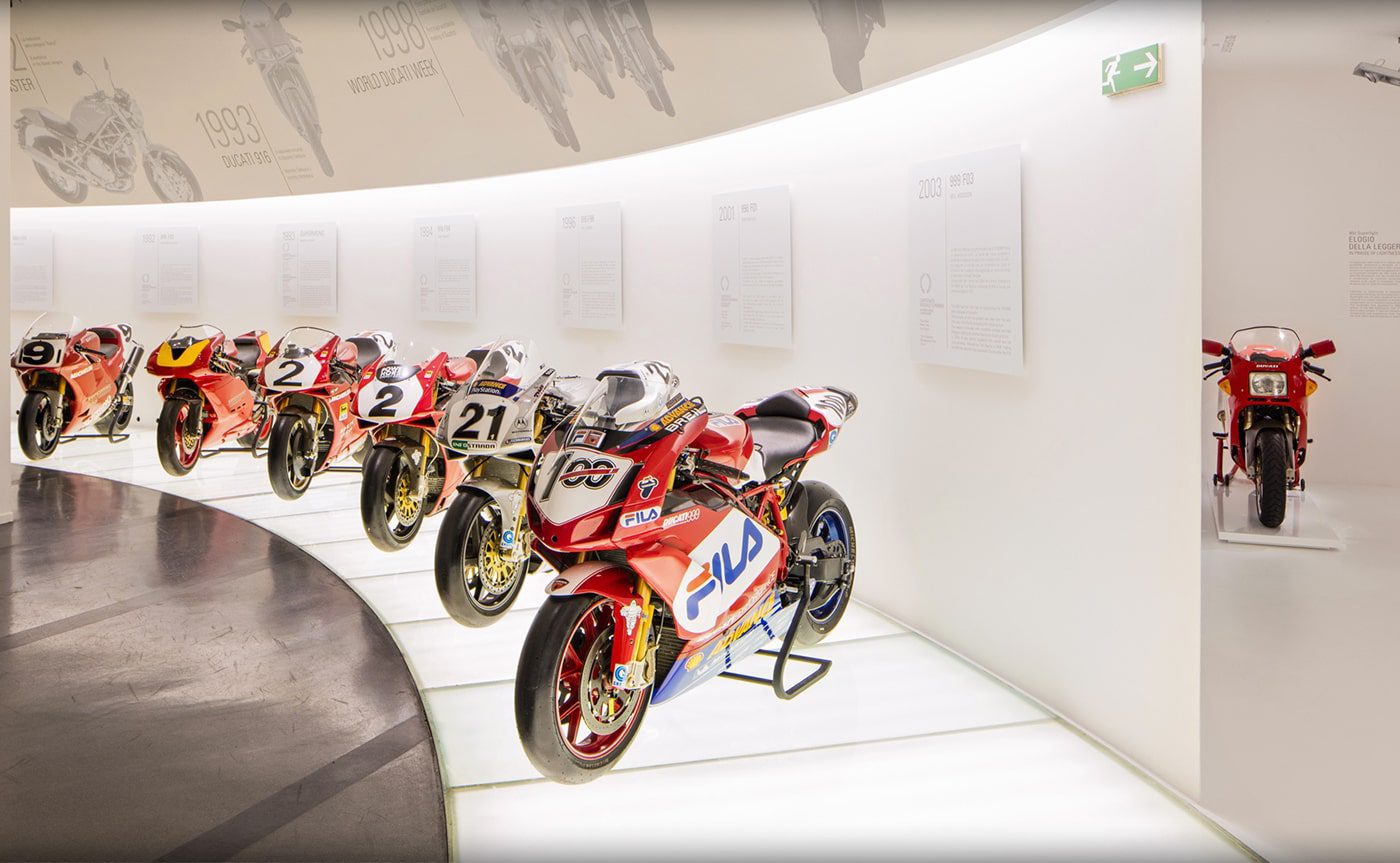 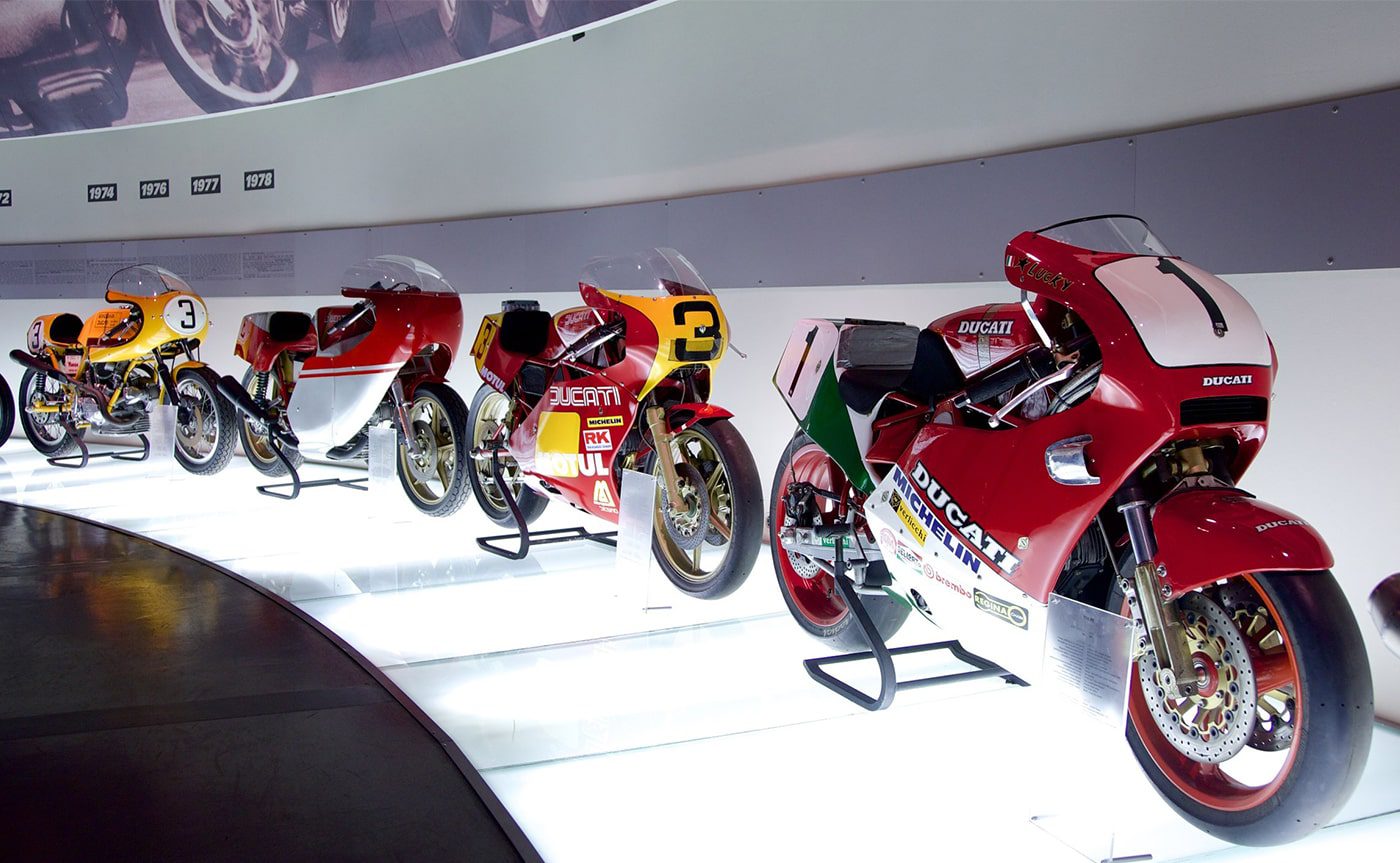 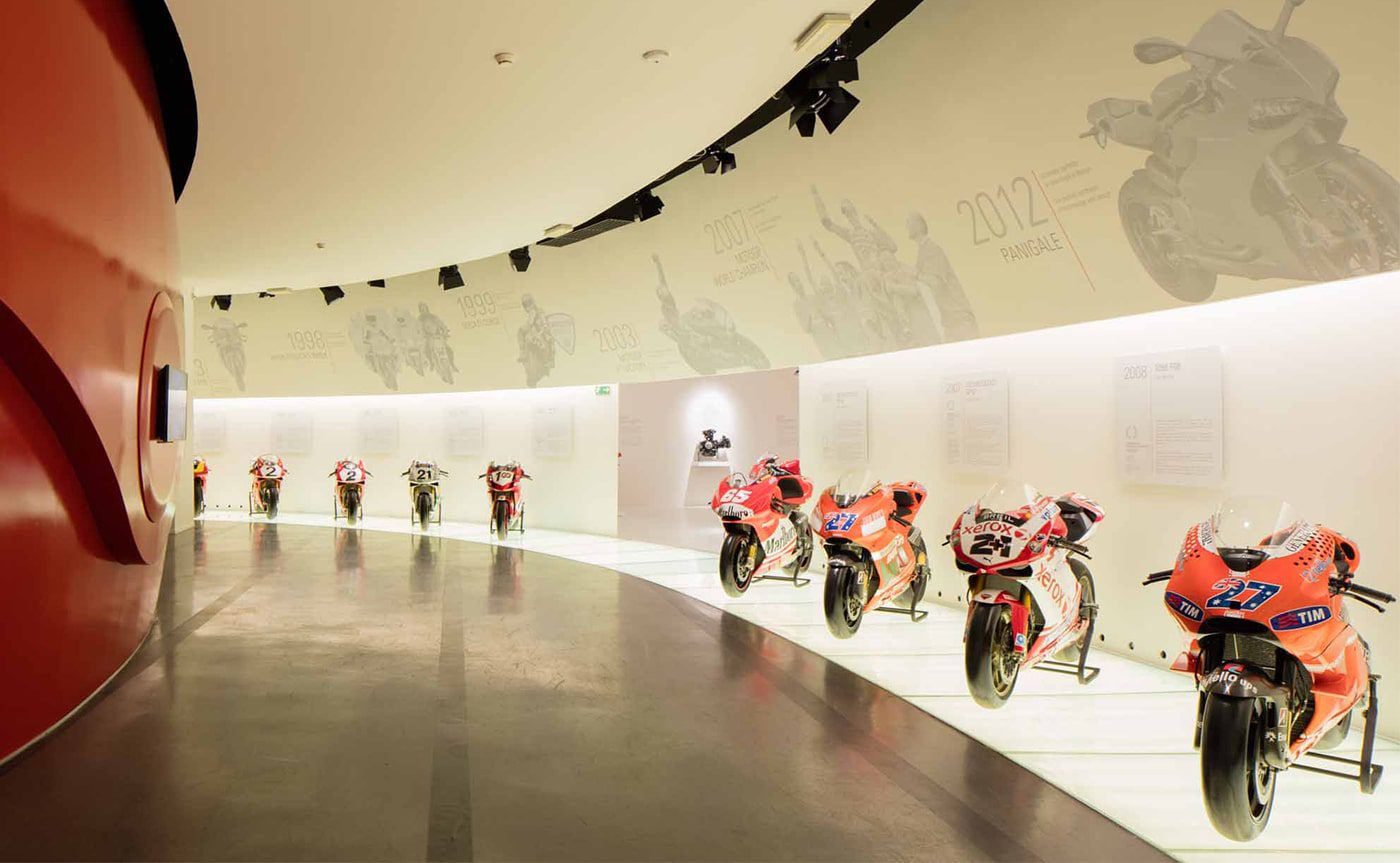 All our tours are PRIVATE, not sharing with other guests. It is necessary to have an international driving license to drive the ferrari.

History and future, challenges and successes, vision and determination: the new Ducati Museum is a legendary journey through the 90 plus years of the company famous for its style, performance and pursuit of perfection. Each motorcycle on show is a work of art, a story told in a language made up of forms and colours, highlightened by delicated installations bearing witness to the marque’s founding values: Style, Sophistication and Performance. The museum was completely renovated in 2016, for the 90th anniversary of Ducati’s founding. The accessible Bologna Ducati museum tells the Ducati story according to three narrative paths: the gallery of Ducati production bikes that have marked the different eras: 15 road bikes that tell the socio-cultural evolution from 1946 to today, embellished with an exhibition concept that enhances forms and design through artistic installations.

Accessible Padua Highlights of the city

Accessible Bologna – Highlights of the city

Accessible Bologna highlights Tour  Bologna is a lovely destination for a walk in history, art but most of all.. food! Discover it by our...
Go to the Tour

Accessible Modena Lamborghini Museum “I had never stopped thinking about the ideal motor car… All I had to do was construct a plant to build it.” -...
Go to the Tour

Accessible Sardinia Experience "This land resembles no other place. Sardinia is something else. Enchanting spaces and distances to travel-nothing...
Go to the Tour

Shopping Cart
There are no products in the cart!
Continue Shopping
0