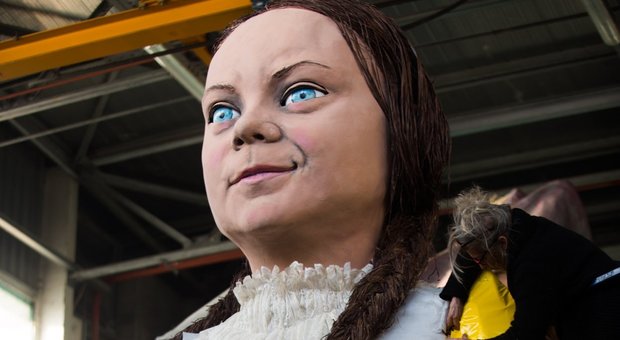 Even though Italian political satire has dropped in recent years, the Carnival of Viareggio never lose the chance to spread a little saltiness during the parades of the wagons. This year, between the many majestic structures, some of them depicted prominent figures of our day figures, such as Greta Thunberg, Cristiano Ronaldo and Donald Trump. All the three are popular because of different reasons: Greta is the leader of the campaign against global warming (we all know that), Ronaldo is a very well-known soccer player and Trump, of course, is the President of the United States!

The young girl was represented standing still with the world in her hands. The title that his author, Lebigre Roger, gave to it is: Home Sweet Home. The child wears her distinctive yellow jacket and her face shows a little smile and a look in her eyes that reveals determination and maturity. She is surrounded by the characters of The Wizard of Oz.

Then there’s the player Ronaldo who has a serious face and almost scary. He is in a position that highlights his muscles and his athletic physique. In fact his body is not natural but seems to be that of a machine. It underlines the tonicity of his body and his strength.

Finally, we can see the President. He has got his usual smile and he wears a t-shirt. In the center of it there’s the symbol of Superman but instead of the “S” it was written a “T” which stands for Trump. That is to joke about the fact that Donald Trump often self-deify himself and believes to be the greatest man in the world…

If you want to come to Tuscany and see this breath-taking parade in Viareggio, you can contact us at: info@romeanditaly.it and we will provide you the best accommodation, private transfers and all the services you will need while spending some fun time in Italy! 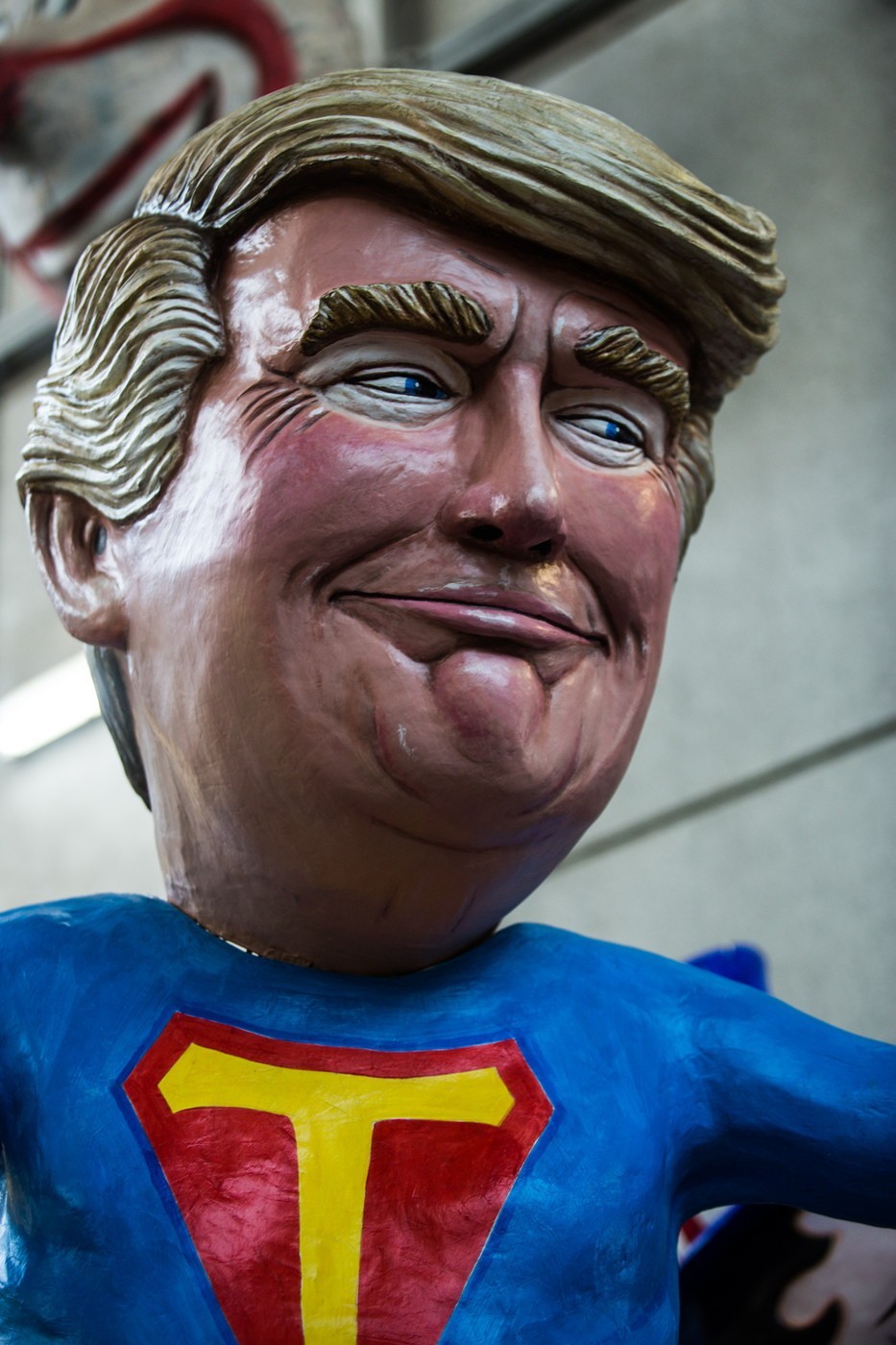