The Olympics Stadium tour is a new project that allows to visit the places where sports history was made, allowing visitors to enjoy a unique and unforgettable experience. 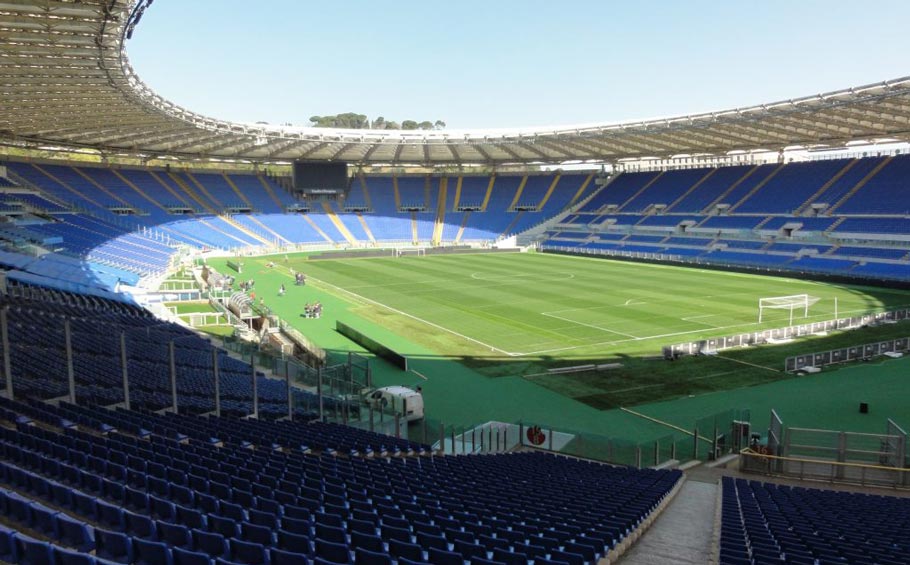 From November 15th opens in Rome the new tour about the Olympics Stadium. A new generation project, totally bilingual (Italian and English), it was created thanks to the collaboration between AS Roma, SS Lazio and Federazione Italiana Giuoco Calcio.

The Olympic Stadium is a multipurpose Italian sports facility in Rome, located at the Foro Italico complex, near Monte Mario, in the north-western part of the city. Despite being an Olympic stadium, several big concerts are organized here, including that of Claudio Baglioni in 1998 with a record of 90,000 spectators in 33 500 m² of area.

The Olympic know is in line with some of the most important stadiums in Europe, such as those of Ajax, Real Madrid and Barcelona.

This tour is a memorable path in the place of the Italian Soccer inaugurated in 1953, a place which represent the most significant events in history.

The itinerary includes the visit to places closed to the public until now:

First, The route of the Legends that have written the history of the plant, here you can admire the iconic jerseys of legends such as Totti, Mancini, De Rossi, Buffon and many other great champions. This is followed by an area dedicated to the greatest sporting events hosted by the Rome facility. There you can find photos, videos, and memories of epochal events such as: The Olympics of 1960; European Athletics Championships of 1974; 1987 World Athletics Championships; Soccer World Cup of 1990 with colorful LEDs and sound system that makes the user immediately experience the excitement of approaching the core areas of the plant.

Follows the Mixed zone where are planned the construction of the stadium, a technological area composed of 10 screens dedicated to the events of the Olympic Stadium and the backdrop where the customer relives the highlights of the players’ arrival and their meeting with the press.

The path continues with Locker rooms to relive the moments before the players enter the field, the doors of the locker rooms of the national team, Roma and Lazio will be opened to all fans.

Trophy room with all the trophies awarded to the Olympic Stadium, Be a hero that wants to relive the most beautiful choreography to make the fan feel like a player, playing field where you can touch the grass of the field with your own hands, Bleachers and in the end a Store with all stadium souvenirs and also a restaurant signed by chef Antonello Colonna.

Tickets, which cost 15 euros plus presale, can be purchased, by reservation only, online at “Sport e Salute” or “Viva Ticket” or at the official ticket office of the Olympic Stadium.

At the moment (Dec 2021) To access the Tour will be necessary to show a Green Pass and an identity document.

Discounts are available for families, groups and schools.