The vertical forest of Milan 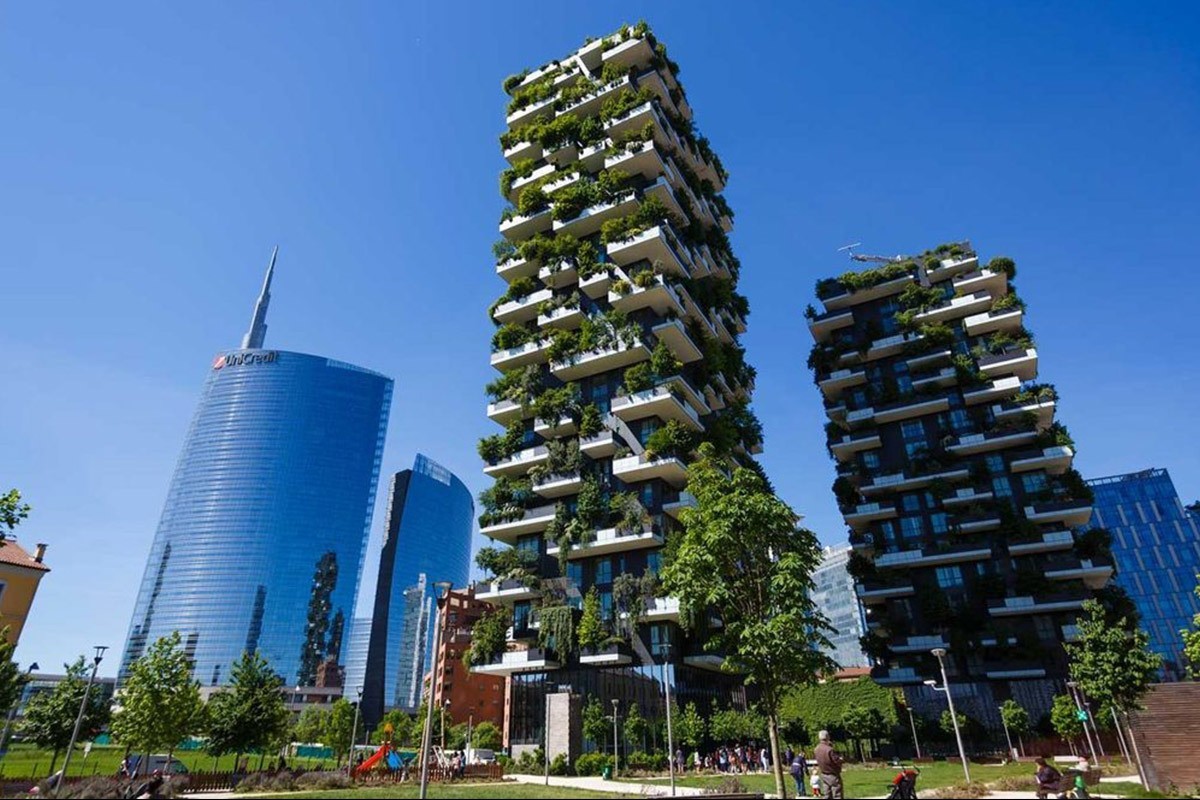 The Vertical Forest is the prototype building of a new architecture of biodiversity, which places at the center not only man, but the relationship between man and other living species. The first case built, in Milan in the Porta Nuova area, consists of two towers 80 and 112 m high, which house a total of 800 trees (480 trees of first and second size, 300 smaller ones, 15,000 perennials and / or ground cover and 5,000 shrubs A vegetation equivalent to that of 30,000 square meters of forest and undergrowth, concentrated on 3,000 square meters of urban surface.

Unlike the “mineral” facades in glass or stone, the Bosco’s vegetal screen neither reflects nor amplifies the sun’s rays, but filters them, generating a welcoming internal microclimate without harmful effects on the environment., By the Council for Tall Building and Urban Habitat IIT of Chicago (2015).

More than as surfaces, the facades can be observed as three-dimensional spaces: not only for the thickness and function of the green curtain, but also on the aesthetic-temporal level, due to the cyclical polychromatic and morphological mutation in the volumes of the plants. In the various seasons, the variations in the color and shapes of the plant structure generate a large iridescent landmark, highly recognizable even from a distance: a feature that in a few years has generated the image of the Vertical Forest as the new symbol of Milan.

Instead of staying indoors with covid terror, take a nice walk around your city in complete safety: with gloves, a mask and possibly alone but armed with a camera. Discover the beauties of our country, breathe fresh air, and then show your friends something beautiful and interesting! Let’s take advantage of the time we have to stay outside, before a possible new lockdown!