How much do you know about the Etruscans? 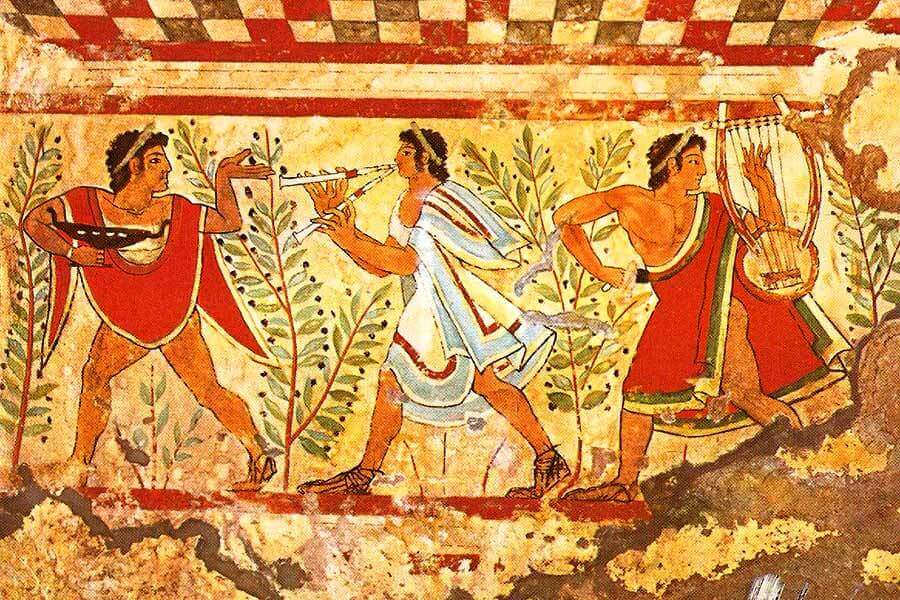 The Etruscans were a people of ancient Italy who established themselves in the area corresponding to Tuscany and northern Lazio, starting from the century. VIII a. C. In their language they were called Rasena or Rasne, in Greek Tyrrenoi. There is no sure news about their origin and provenance. According to tradition, represented by Herodotus, they would have emigrated to Tuscany from Asia Minor (Lydia); according to another tradition, hypothesized by Livio, they would have arrived there from the north; according to a third tradition, supported by the historian Dionysius of Halicarnassus, they would instead be indigenous … there is probably some truth in each of these!

There were numerous Etruscan cities: Tarquinia, Vulci, Veio, Volsini, Chiusi, Cortona, Arezzo, Perugia, Roselle, Vetulonia, Populonia, Pisa, Fiesole, Volterra… governed first by kings then by oligarchies. These cities were sometimes grouped into confederations or leagues of a religious nature. Then enriching themselves over time thanks to the products of the surrounding lands, especially cultivated with wheat and flourishing animal farms, and exploiting the mines and trade, they managed to establish themselves rapidly, expanding, even in the Po Valley.

The Etruscan history is very broad and interesting, as well as their artistic production and their organizational skills, in fact their cities were real functioning and avant-garde centers.

If you are interested in finding out more about this magnificent people who made our history, why not plan a nice trip between Lazio and Tuscany? The regional borders are still not closed due to COVID, so let’s take the opportunity to discover our beautiful territory, enjoy the outdoors and freedom in complete safety. And in these areas you can delight your palate with some delicious typical dish! What are you waiting for?