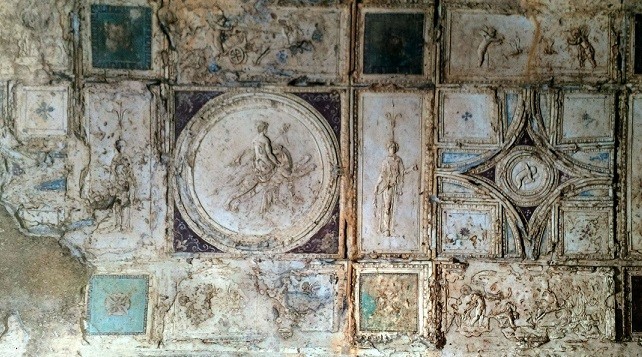 The underground Basilica of Mysteries of Rome, discovered in 1917, situated in “Via Prenestina, 17”, has almost been completely restored, thanks to the financial aid given by the swiss culture foundation Evergete. The decorations inside this underground basilica are a mix of white stucco and beautiful nacre.

This mistery-shrouded basilica, that dates back to the first century A.C., is believed by many to be the Tomb of the Statili; a family with close connections to Emperor Augustus; others believe it was built to pray pagan gods and was the site of the mistery cult of the neo-Pythagoreans, as suggested by its measurements, which all revolve around the number 3.
Discovered in 1917 during the works for the Rome-Cassino railway line, the underground basilica is a unique monument of its kind due to the rich stucco and mosaic decorations, for being hypogean (constructed underground deliberately) and for its enigmatic nature. Its main point of focus is the representation of the suicide of Sappho, which has nothing tragic in it, actually being depicted as a tale of death and rebirth.
All in all a truly interesting place to visit in Rome.

If you want to visit this beautiful basilica and you’re looking for private services, such as private tours and transfer, in the eternal Rome, contact us at: info@romeanditaly.it 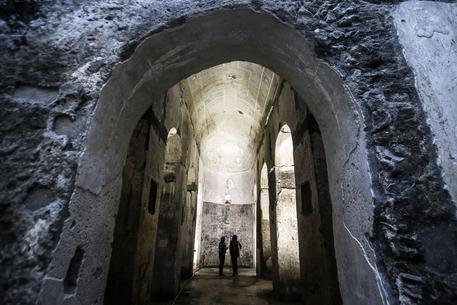