Re-opening of Domus Aurea with Raphael exhibition in Rome

Re-opening of Domus Aurea with Raphael exhibition in Rome after a closing period to public. 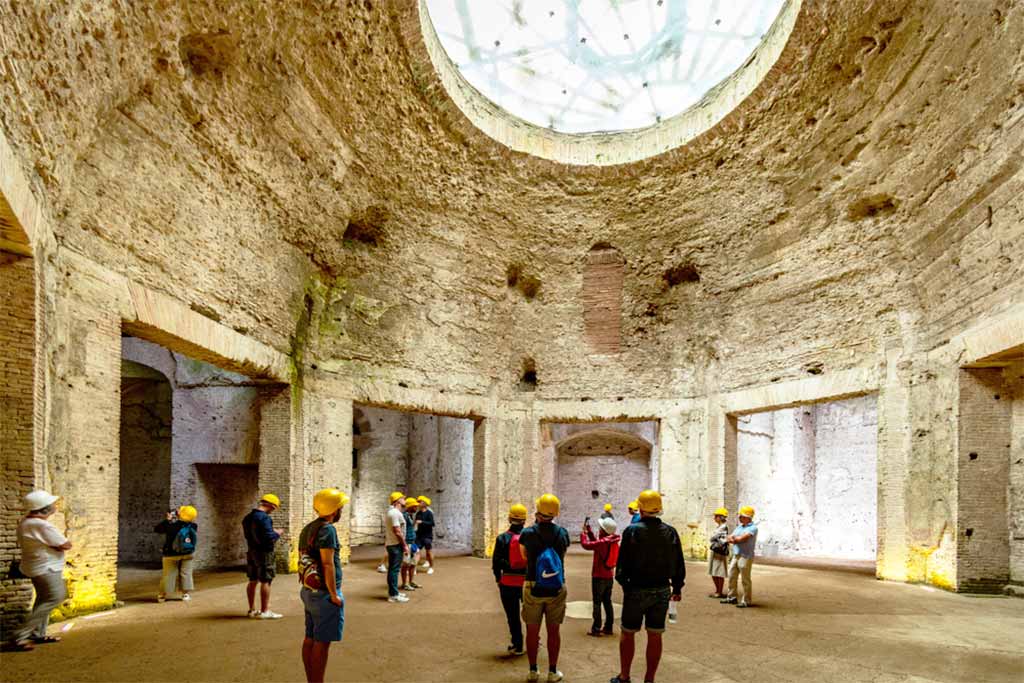 “The Domus Aurea”, Nero’s residence, re-opens in “Rome”. On this occasion, the “Sala Ottagona” will host the splendid exhibition “Raphael and the Domus Aurea. The invention of grotesques” designed for the celebrations of the 500th anniversary of “Raphael Sanzio’s” death. The aim of the exhibition is to rediscover the ancient paintings buried in the caves of “Nero’s Domus Aurea”. The residence, located on the “Oppio hill”, is the protagonist of the story that began around 1480. During these years, several painters descended into the “grottoes”, i.e. the hollows of the hill, to admire the pictorial decorations. Therefore, the name “grottesche”. They did not yet know that these were the ruins of Nero’s palace.

“The Domus Aurea” was the urban villa built by the Roman Emperor Nero after the great fire that ravaged “Rome” in 64 AD. The villa was destroyed after Nero’s death following the restitution of the land on which it stood to the Roman people. The surviving part of “the Domus Aurea”, concealed by Trajan’s later baths, like the entire historic center of “Rome”, the extraterritorial areas of the Holy See in Italy and the basilica of St Paul’s Outside the Walls, was inscribed on the “UNESCO World Heritage List” in 1980. When a young Roman accidentally fell into a crevice on the side of the “Oppio hill” at the end of the 15th century, he found himself in a strange cave full of painted figures. Soon, young Roman artists began to be lowered down on planks hung from ropes so that they could see for themselves. The frescoes discovered then have now faded into pale grey patches on the plaster, but the effect of these grotesque decorations was electrifying for the entire Renaissance. When “Pinturicchio”, “Raphael” and “Michelangelo” crawled underground and were driven down poles to study these images, they had a revelation of what the real ancient world was like. They and other artists spread these “grottesche” to the rest of “Italy”.