Pompeii excavation: the archaeologists have discovered the intact bodies of two men 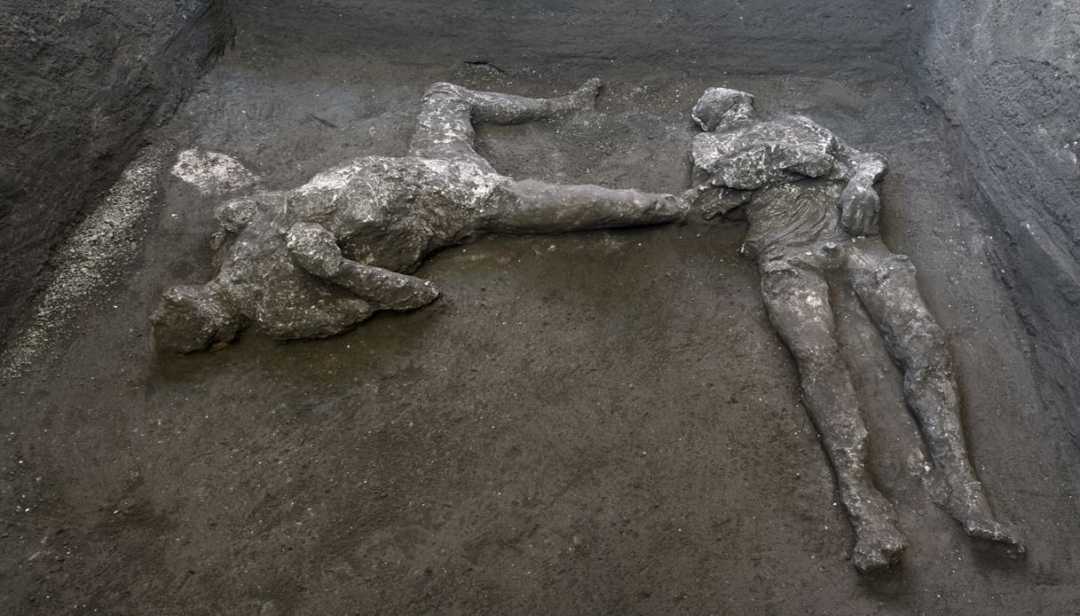 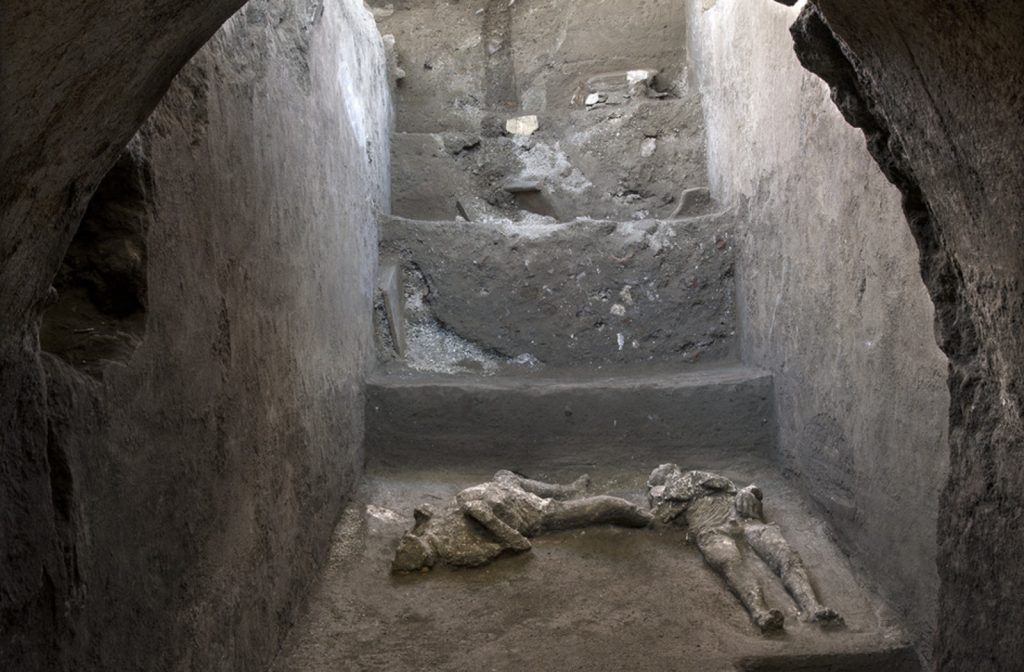 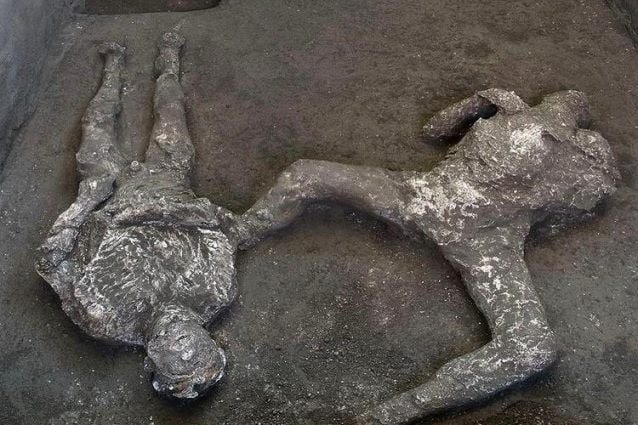 In these days a truly exceptional discovery has taken place in Pompeii, the intact bodies of two men, a high-ranking forty-year-old wrapped in his woolen cloak and his young slave who were trying to escape from the fury of the eruption of Vesuvius in that fateful 79 A.D

The excavations in Pompeii did not stop even in this difficult period of the COVID-19 pandemic and the incredible discovery took place in the area of ​​the large suburban Villa of Civita Giuliana, the splendid and rich Augustan estate with halls and terraces with enchanting view of the Gulf of Naples and Capri.

As early as 2017, the remains of three purebred horses were found in the same villa, one of which was harnessed and perhaps ready to go out with its noble master.

Thanks to the plaster casts technique, an ancient technique invented in 1863 by Giuseppe Fiorelli, it was possible to bring to light the features of the two ancient Pompeiians in detail and, seeing them like this, it almost seems that time has never passed for them. The images of the casts are of great effect and the plaster seems to have returned even the pulsating veins of the hands of the two men as well as two artifacts, probably cloak and blanket, of wool.

The first studies already seem to be able to tell the fatal moment for the two Pompeiians, probably on the second day of the furious eruption which, according to the recent new dating proposal, is considered as the morning of 25 October 79 AD.

The mystery remains about the precise identity of the rich forty-year-old with the young slave and, for the moment, there is no certainty. Perhaps they were fleeing the eruption or they were trying to reach the extended family who had sought refuge in the underground areas of the cryptographic of the Villa, an environment considered safe.

Meanwhile, the excavations are continuing at full capacity and, once completed, the Villa del Sauro Bardato will be open to the public. We can’t wait to be able to return to travel after the pandemic and enjoy the beauty of our country again!