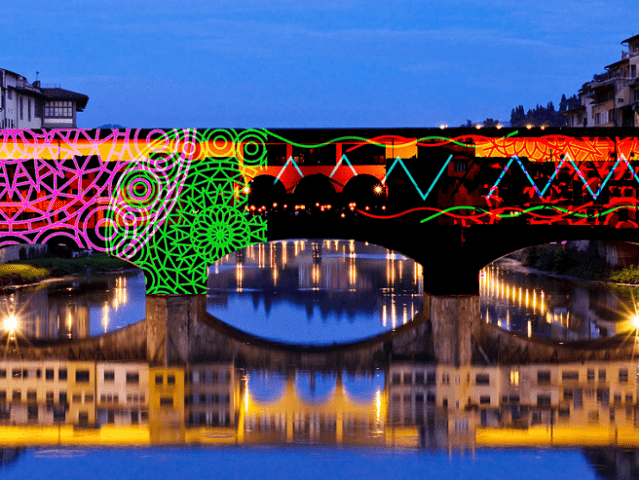 In a year full of difficulties like the one that is about to end, the spirit with which we will experience the atmosphere of Christmas will be different from the past. Compliance with the restrictive measures due to the containment of the ongoing health emergency has revolutionized our daily life and continues to do so, asking each of us to make a constant effort. For some time now we have been facing the tough challenge of trying to stay close even if distant, accepting to find alternative ways in every area to those we were used to, in order not to lose contact with the other, which most of the time can be visual only.

In this context, with courage and generosity, the city of Florence re-proposes the traditional appointment with F-Light, the Firenze Light Festival, starting on the 08th December, entitled for this 2020, in homage to Dante, Sight, from the dark forest to the light. In fact, as never before this year, the exit from the dark forest of Dante’s memory is desired and sought by each of us. Light does not want to be just an ephemeral decoration of the urban space, but a metaphor and a vision of the future to which we can entrust our hope, a sighting signal for everyone, like the three light beams that will be projected from the city centre towards the sky.