The “Terme di Caracalla” constitute one of the most magnificent examples of imperial baths in Rome, still preserved for most of their structure and free from modern buildings. They were built by the order of the emperor on the Piccolo Aventino between 212 and 216 AD. The baths included a large central building surrounded by gardens, animated by spectacular water jets, gymnasiums, libraries and service rooms, all included within the gigantic rectangular enclosure consisting of a portico of which there is no nothing. Several works of art were discovered over the centuries, but particularly important were those found in the sixteenth century, when, in addition to some statues of Minerva, Venus, a vestal and a bacchant, three gigantic sculptures were brought to light, the “Supplizio di Dirce”, “the Ercole in riposo” (called “Ercole Farnese”) and the great “Flora” (also called “Farnese”), which, needless to say, became part of the great Farnese Collection, today at the National Museum of Naples. Between 1901 and 1912 most of the underground areas were also rediscovered. What are you waiting for to visit the site? Contact us at info@romeanditaly.it if you want to inform about our private services for your Roman holidays! 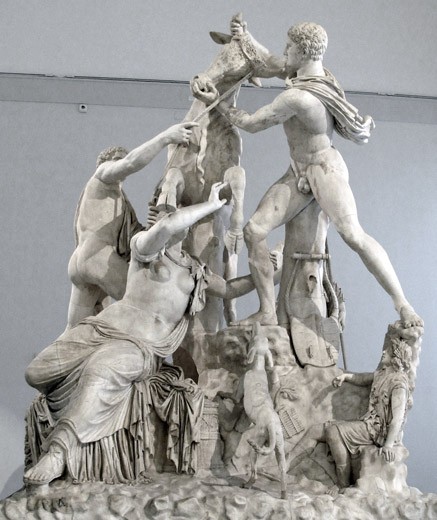