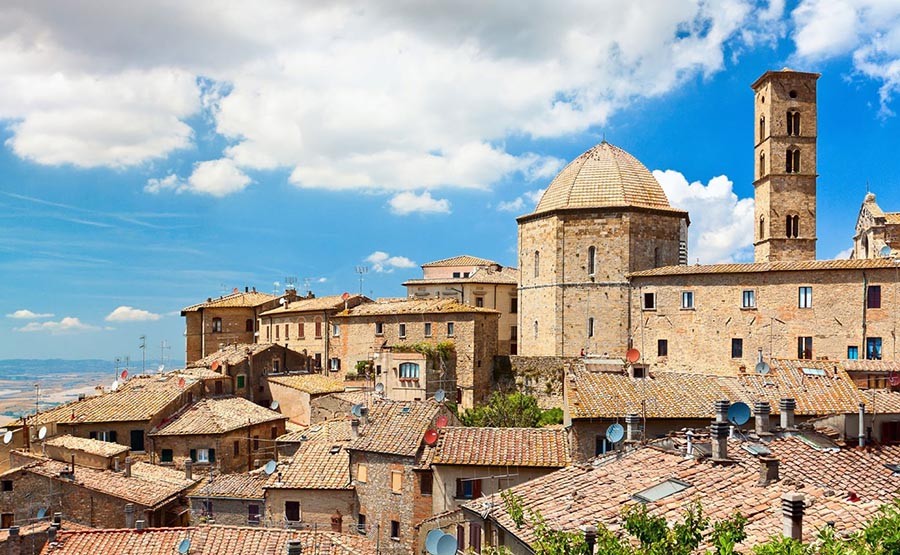 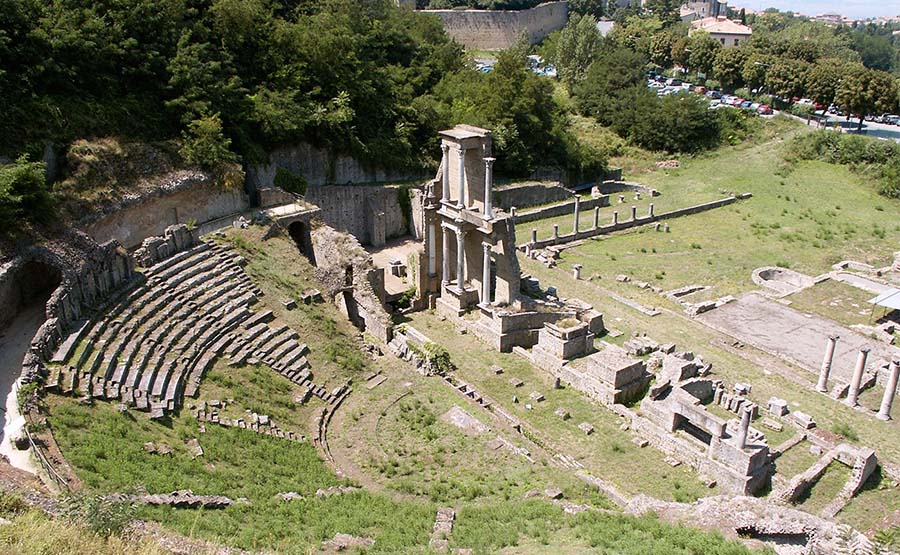 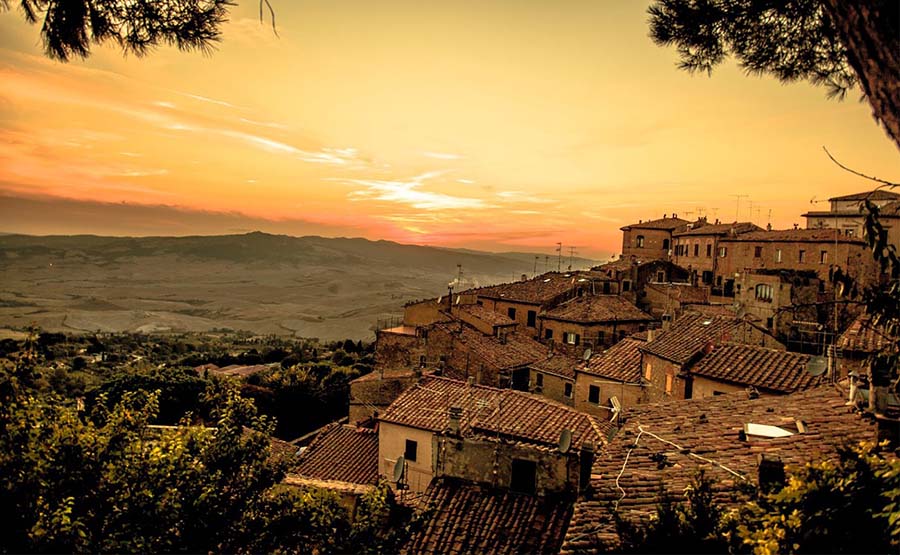 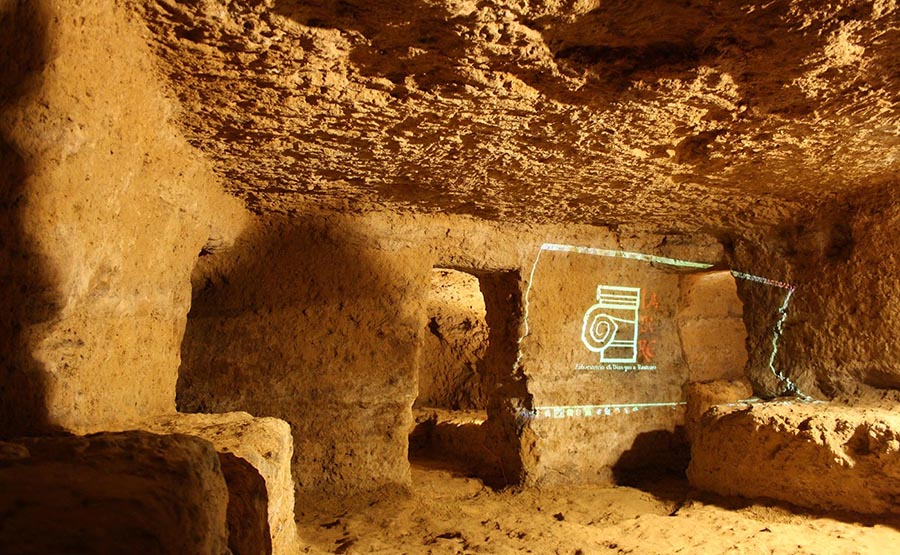 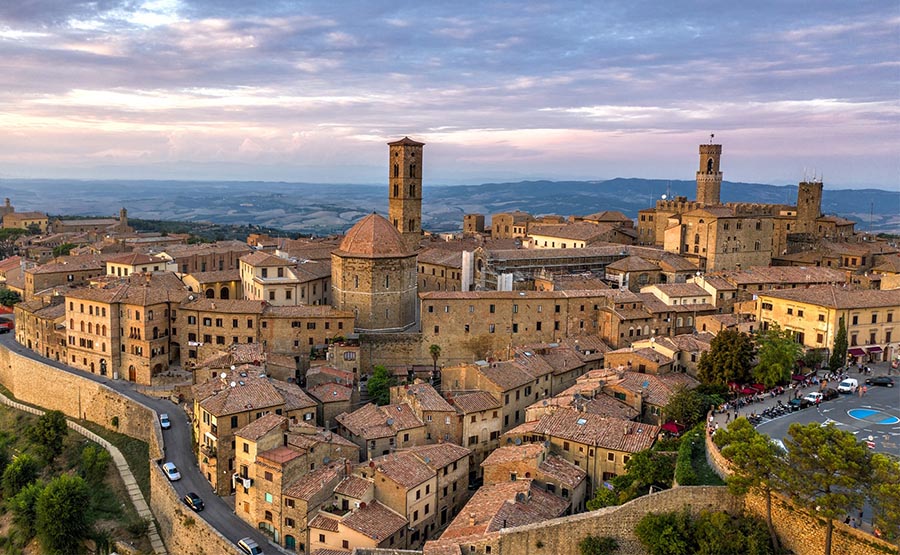 Volterra walking tour is an half day guided tour.

Volterra it was one of the main Italian city-states of ancient Tuscany (Etruria), the seat in the Middle Ages of an important bishopric with jurisdiction over a large part of the Tuscan hills....

“Volterra” it is located in the heart of “Tuscany”, is an ancient city in “the province of Pisa” in Italy. Velathri, the Etruscan name for Volterra, was one of the 12 most important cities of the Etruscan confederation; at the end of the 4th century B.C., the construction of the 7300 metre-long city walls was completed, designed to protect not only the town and the urban center, but also the springs, the cultivated fields and the pastures, often subject to raids by foreign peoples. After a period under the rule of the Franks and then the Lombards, Volterra came under Roman rule, changing its name to Volaterrae (from which it derives its present name). Finally, it was subjected first to Florentine supremacy, then followed the events of the Grand Duchy of Tuscany and voted – almost unanimously – for annexation to the Kingdom of Italy in 1860.

The hill on which “Volterra” stands saw the first men already in the Iron Age, as confirmed by the Villanovan necropolis. It was one of the city-states of ancient “Tuscany”, Etruria. It preserves a historic center of Etruscan origin like: “The Porta Diana”, most of the city walls, the Acropolis, various hypogea, “the Porta all’Arco”. There are various medieval buildings, such as “the Palazzo dei Priori”, the Medici Fortress and the Cathedral remains from that distant era. “Palazzo dei Priori” is the oldest town hall in “Tuscany”, although the tower was destroyed in an earthquake and rebuilt in the 19th century. On the other hand, the tower of “Palazzo Pretorio” is known as the “Torre del Porcellino” because of the characteristic shape of the stone at the top.

“The Cathedral of Volterra” dates back to 1120, the interior of the cathedral was massively modified during the “Renaissance period” (more precisely in 1584, after “the Council of Tren”t). This explains the mix of Romanesque (the façade) and Renaissance architecture, particularly in the richly decorated and gilded ceiling and the various frescoes chapels. The cathedral houses many works of art by renowned Italian artists including “Andrea della Robbia, Mino da Fiesole and Benozzo Gozzoli”, who painted a stunning fresco dated 1479. The 13th-century baptistery is located on the opposite side of the cathedral and has an octagonal base, with a façade decorated in white and dark green marble. It is rather small and simple but contains a beautiful octagonal marble baptismal font, sculpted in 1502 by “Andrea Sansovino”. A spectacular place that characterized the village is “The Etruscan acropolis” is located at the top of the hill at one end of the park near “the Medici fortress”, called “Parco Enrico Fiumi”. It is an area that includes buildings from various periods, from Etruscan to Roman and medieval, all built for religious purposes. There are the remains of a cistern for collecting rainwater, an Augustan swimming pool and two temple-shaped buildings nicknamed A and B: the first rectangular one dates back to the 2nd century BC, while the second to the 3rd century AD, featuring a stage with columns. Enjoy our half day walking tour discovering the magnificent village of Volterra!

Portofino: An Italian village known throughout the world, synonymous of elegance and dolce vita.

The secret code of Sistine Chapel and Vatican Museum Tour

The Sistine Chapel inside the Vatican Museum is full of secret messages left by the artists who participated to the realization.