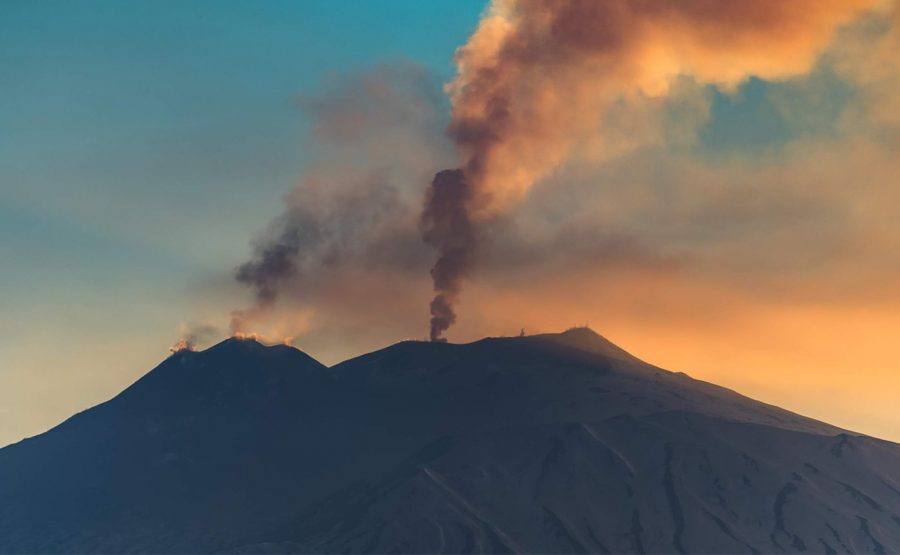 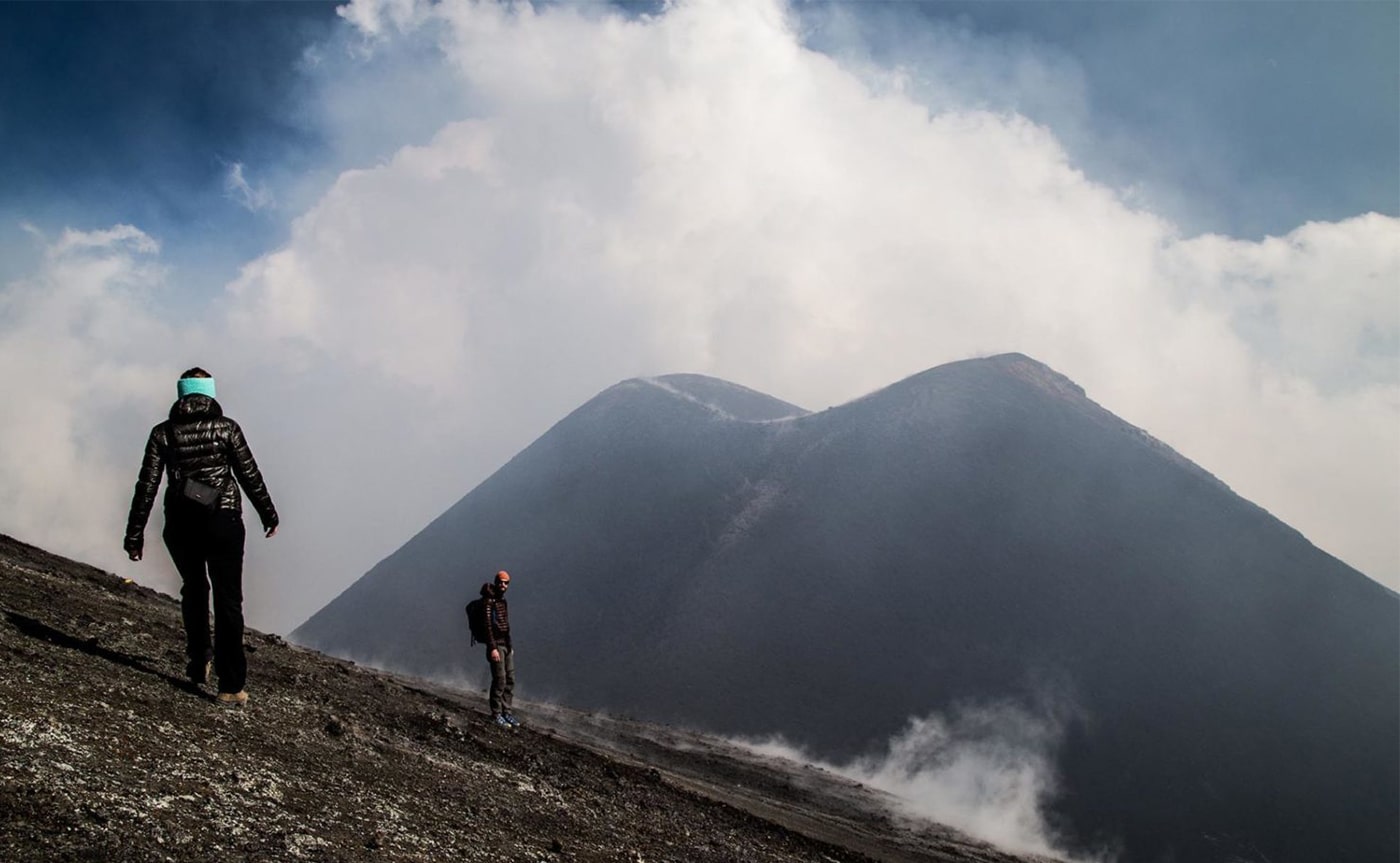 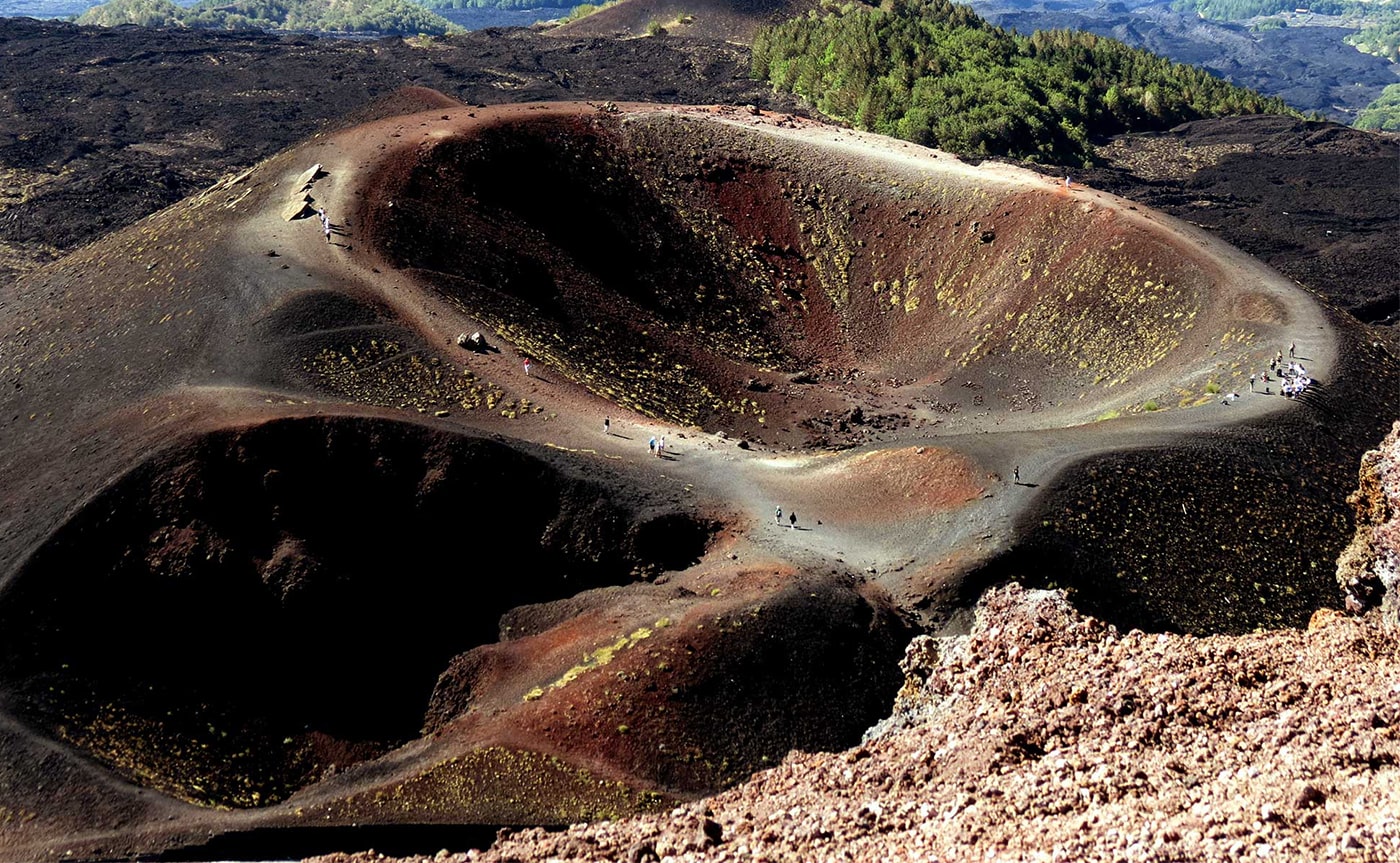 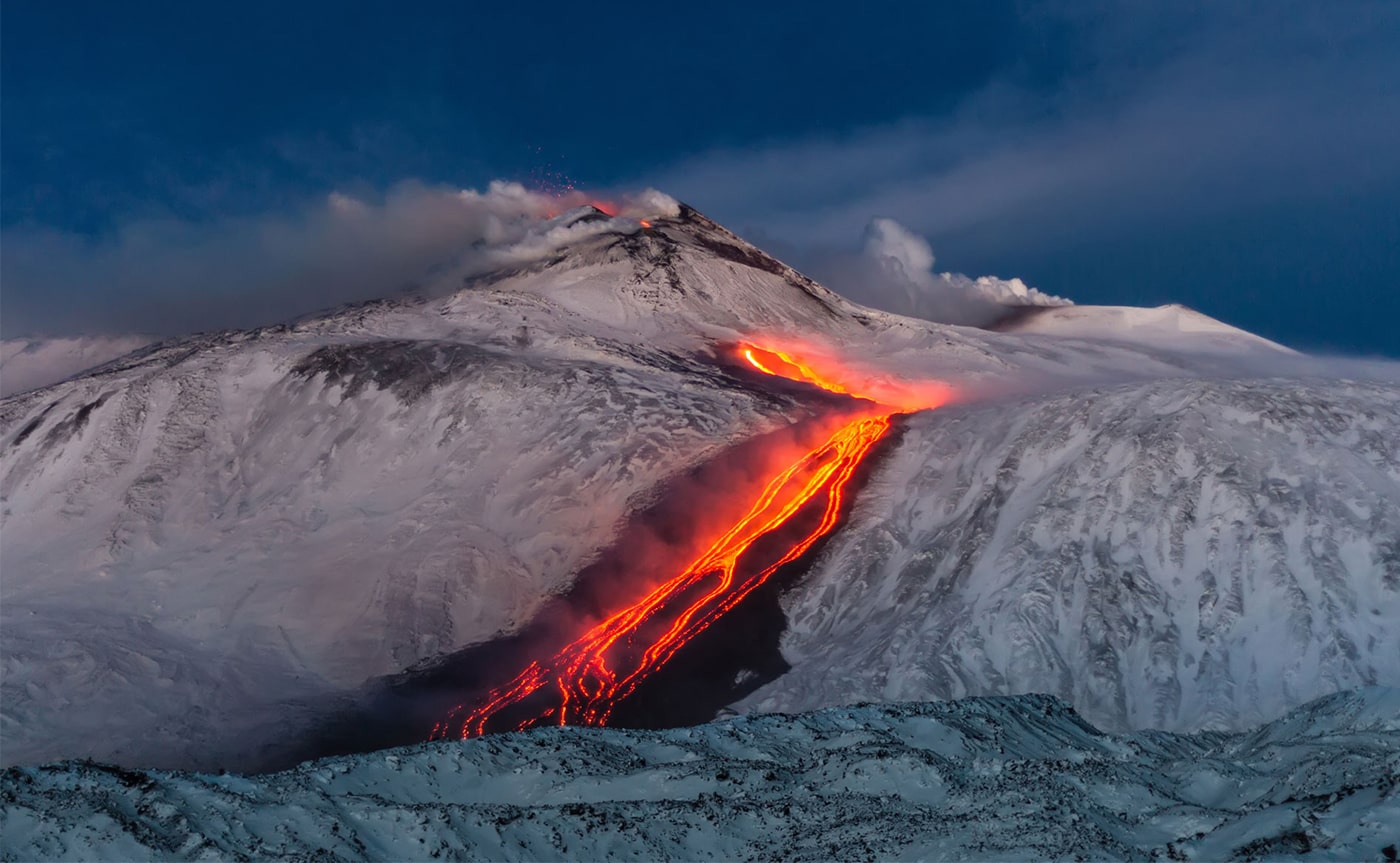 The Etna Mountain in Sicily is the highest Italian active volcano.

The “Etna volcano” is a half day guided tour where you have the chance to admire very closely one of the highest Italian active volcano....

Etna is the largest volcano in Europe (geographically speaking), and among the most active volcanoes in the world. It has revolutionized the history and architecture of the territory around him, over time, generating breathtaking panoramas thanks to the results of its many eruptions during his history. Consider that due to his activity, every year the main Sicilian airports of “Catania and Palermo” must be closed for short periods.  In 2013, in fact, it was declared the 4th Italian natural site to obtain “UNESCO World Heritage” recognition.The eruptions of Etna occur both on the summit, where there are currently four craters, and on the flanks, up to heights of a few hundred meters above sea level. Currently, on the summit area, four different craters are opened with persistent activity, due to the continuous emission of gas, steam and ashes, which sometimes becomes an activity of Strombolian type with intermittent throwing of shreds of magma at considerable height. The central crater, known as the “Gulf”, is the biggest among the four, with a diameter of more than 500 m.The four summit craters are: the “Voragine and the Bocca Nuova”, which were formed inside the “Central Crater” in 1945 and 1968 respectively, the “North-East Crater”, which has existed since 1911 and is currently the highest point on “Etna” and finally the “South-East Crater”, created in 1971, which has recently been the most active of the four craters. This configuration contrasts sharply with that of about a century ago, when only the “Central Crater” stood on top of Etna. With our amazing Etna Vocano Tour, you will  have to visit the “Etna Park and the Volcanological Museum”, guardian of the lava rocks formed during the historic eruptions. Outside you will find the “Sentiero del Germoplasma”, a botanical park where you can admire all the plant species present in the park.Later you will visit to the four summit craters: “to Voragine, the Bocca Nuova, the North-East Crater and the South-East Crater”. The latter were formed during the eruptions of the 20th century, adding up to and exceeding the height of the summit of the only primordial ethnic crater. At all heights you will find the adventitious cones, small craters that, by emitting lapilli and ash over the decades, take on the shape of small hills, thus contributing to the metamorphosis of the landscape. The last and not-to-be-missed stop is the “Valle del Bove”, a deep valley with walls up to 1000 meters high, which contains countless caves and tunnels.

What are you waiting for? Join us in our half day tour to visit the highest and beautiful Italian active volcano!

Lamborghini Museum tour in Bologna is an half day guided tour.

Visit the most popular and picturesque district of Naples “Rione Sanità” with the underground Fontanelle cemetery tour.