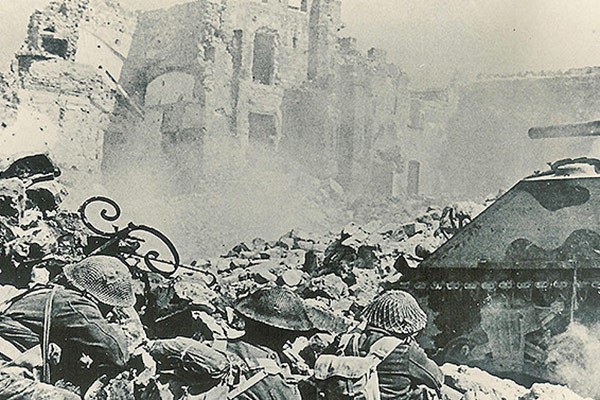 Private Tour Montecassino – a day dedicated to the visit of the Montecassino Area, the headquarters of the first German paratrooper division.

It is one of the most important sites of the Gustav Line. The Winter Line was a series of German military fortifications in Italy, constructed during World War II by the Organisation Todt. The main line of the fortification, called the Gustav Line, ran across Italy from the north side of River Garigliano to the Tyrrhenian Sea in the west, through the Appennines to the mouth of the Sangro River on the Adriatic Sea in the east.

The centre of the line, where it crossed the main route north of Rome (Highway 6) which followed the valley of River Liri, was anchored around the mountains behind the town of Cassino including Monte Cassino, which had an old abbey sitting on top of it and which dominated the entrance to the Liri valley.

The Battle of Monte Cassino (also known as the Battle for Rome and the Battle for Cassino) was a costly series of four battles during World War II fought by the Allies with the intention of breaking through the Winter Line and seizing Rome. The Abbey of Montecassino was located on the peak of the mountain, so was impossible for the allied troops to reach the site without completely destroying the abbey by bombing it.