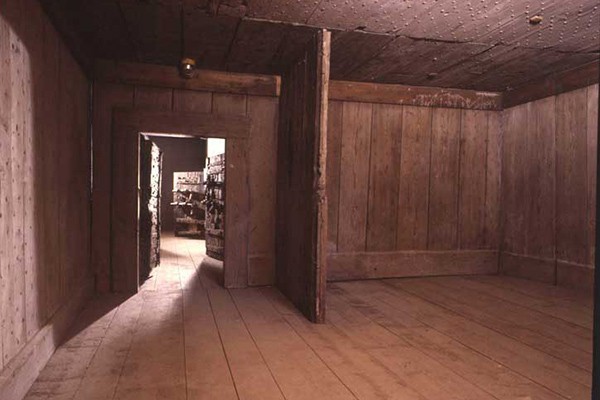 Not accessible with the standard guided tour, these secret corridors inside the Dogi’s palace offer a fascinating and interesting approach to the most secret rooms.  From Notary Ducale rooms a staircase leads to the beautiful Hall of the Secret Chancellery. After visiting the room of the Regent to the Chancellery you’ll pass to the torture chamber or House of Torment, which was connected directly to the prisons through the bridge of sighs . From the room of torture then to the area of Leads. The name derives from the lead plates that cover the roof. Some cells were arranged here, reserved for prisoners of the Council of Ten, mainly accused of political crimes, not trials for long sentences, serious crimes or detained prisoners awaiting for trial.

The six cells were obtained by dividing the space of the loft with wooden partitions, densely nailed and strengthened by large sheets of iron. Described byGiacomo Casanova, who was detained there, the Leads offered to prisoners much better conditions than those convicted in the Prison of the Wells, the terrible cells on the ground floor of Palazzo Ducale. The two cells of Casanova have been rebuilt, are part of the tour like the attic. The Hall of the Inquisitors, the Sala dei Tre Capi, the latter through a secret passage  housed in wood, the Hall of the Council of Ten, coming in the normal course of the visit of the palace.