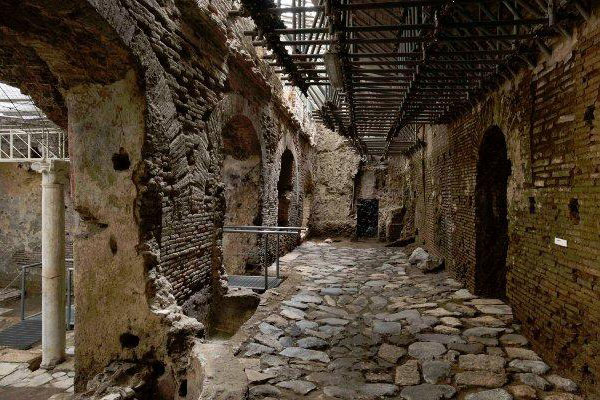 The museum is part of a vast complex of buildings and which is, in its turn, in the the colonnaded courtyard, adjoining the theater of Balbus, built by Lucius Cornelius Balbus in 13 BC, the Balbi Crypt.

The complex consists of an entire block enclosed between via of the Botteghe Oscure, via dei Polacchi via dei Delfini and via Caetani which, over the centuries, has seen a variety of uses and settlements.

The specificity of the Balbi Crypt, in the context of the Roman National Museum, is that of being a museum of urban archeology, researching and documenting the evolution of that space, its settlements and its intended use over the centuries.

Particular attention is given to the findings documenting craft activities (materials, tools, production) held in place in post-classical and early medieval age, emphasizing the continuity of the work and the quality of products, ages generally considered “dark”, between VII and X centuries.