The re-opening of the Basilica of Saint Mary upon Minerva! 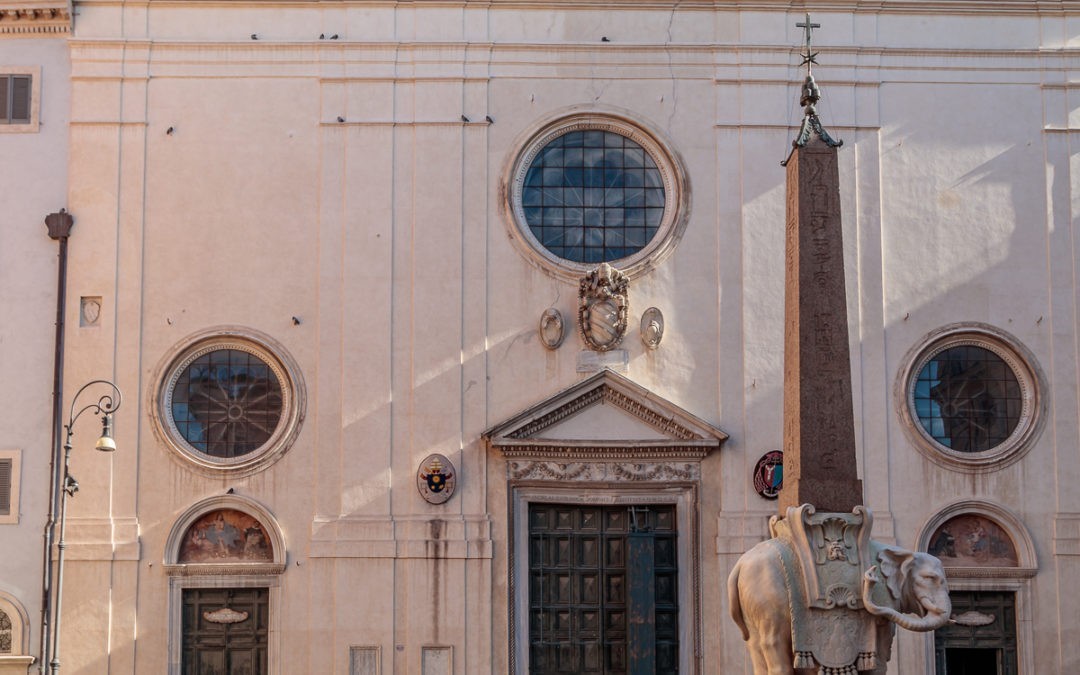 Closed since summer 2019, with the celebration of Beato Angelico, the Patron Saint of Artists, on February 18th, 2020 the Santa Maria sopra Minerva Basilica (Basilica of Saint Mary upon Minerva) has been re-opened to the public. Situated near Pantheon, it is one of the few examples of gothic architecture in the city of Rome. Its name comes from the first structure of the church that was built over the ruins of the temple dedicated to the Goddess Minerva.

Inside it, is possible to admire “Christ the Redeemer” or “Christ Carrying the Cross” by Michelangelo. The famous sculpture was commissioned by Bernardo Cencio, a canonical of Saint Peter in Vatican, for the Church of Saint Mary upon Minerva. When the work was almost finished, on the face of Christ appeared a black veining caused by a flaw in the marble block and for this reason Michelangelo had to stop it. Pietro Urbano, a student of Michelangelo, made a second version of the piece, but after Michelangelo saw the terrible result, he offered himself to carve a third edition. Four year passed and the canonical, afraid that he would have never seen the work done, took the first job of Michelangelo and, even if it had that defect he exposed it in the Church where it can still be admired today. In the structure is also present the grave of Saint Catherine of Siena and of Beato Angelico beside the beautiful frescos of 15th century of Filippino Lippi in the Carafa Chapel.

In addition, you can see the place where the astronomer Galileo Galilei abjured his thesis after being charged of heresy on 22th of June 1633. The act of abjuration (the word comes from the latin ab iurare, which means denying an oath) it’s a document which has been used in many erasa md whereby, for many reasons, someone (in this case Galileo Galilei) formalizes with a public statement the denial of a previous theory in contrast with the dictates of the State of the Church. Him had to abjure, among others, the thesis with which he affirmed that the Sun was at the center of the Universe and the planets (and therefore also the Earth) revolved around the sun. So he had said something which opposed with what was claimed by the church wich was that the Earth was at the center of the Universe and the planets revolved around it.

If you want to visit Saint Mary upon Minerva here in Rome and you’re looking for private services, such as private tour, contact us at: info@romeanditaly.it