It is impossible to count all the “sanpietrini” that cover the streets of the historic center of Rome, but there is one that hides stories, legends and that stands out from all the others. 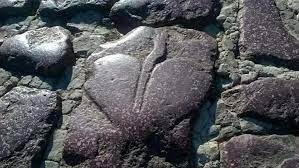 In Rome, there is a heart-shaped “sanpietrino”. The word “sampietrini” or ““sanpietrini” refers to the typical paving in the historic center of Rome. In particular, we can observe them in the square undoubtedly the best known in the world, the beautiful “Piazza San Pietro”, so famous as to give its name to this type of flooring.

Looking at the pavement of “Piazza San Pietro”, in the strip that runs all around the central obelisk to draw a circle of marble on the ground, there were the “Rosa dei Venti” is reproduced, right next to the representation of the “Libeccio”, on the left side of the square if you look at the facade of the basilica, you will find a truly unique cobblestone: it bears a heart, in relief and for almost all the space it has available.

“Il cuore di Nerone” was discovered several years ago by some kids from Borgo, who spent their free time playing in the square with a ball made of rags. And it is to them that it owes its nickname “er core de Nerone” (Nero’s heart), today the most common denomination. The “il cuore di Nerone”, also known as “il cuore del Bernini” or “il cuore di Michelangelo”, is not easily identifiable, considering that in Piazza San Pietro there are about 2 million of “sanpietrini”. It is difficult even if we have precise indications on where it is located. The reason for which it exists and is there is a real mystery.

There are some legends about it in “Rome”, even if they are all very vague. The first one tells us that it was “Michelangelo” who carved the “sanpietrino” here, in memory of an unfortunate love for a boy (the heart, in fact, is pierced by an arrow in the center). A variant of this legend tells us that it was carved by “Gian Lorenzo Bernini”, author of the magnificent colonnade that runs around the square, as a symbol that in his life he never found true love. Another story says that it was carved by a woman, in memory of the love for her husband, who was unjustly condemned to death. A final legend says that it was sadly carved by a soldier during the speech “Garibaldi” gave here on July 2, 1849, before leaving Rome, thus sanctioning the end of the famous “Roman Republic”. It must also be said that the floor of the square has been redone several times, the last in 1936. On this last occasion all the pre-existing “sanpietrini” were replaced, except for those inside the squares of the “Rosa dei Venti”, probably because of the irregular shape of the squares themselves, or perhaps because of the slightly different material and color compared to the other cobblestones in the square. It therefore seems that the “il cuore di Nerone” was not lost due to a series of incredibly fortunate circumstances.

Visit our fascinating tour in the Vatican Museums and Sistine Chapel: