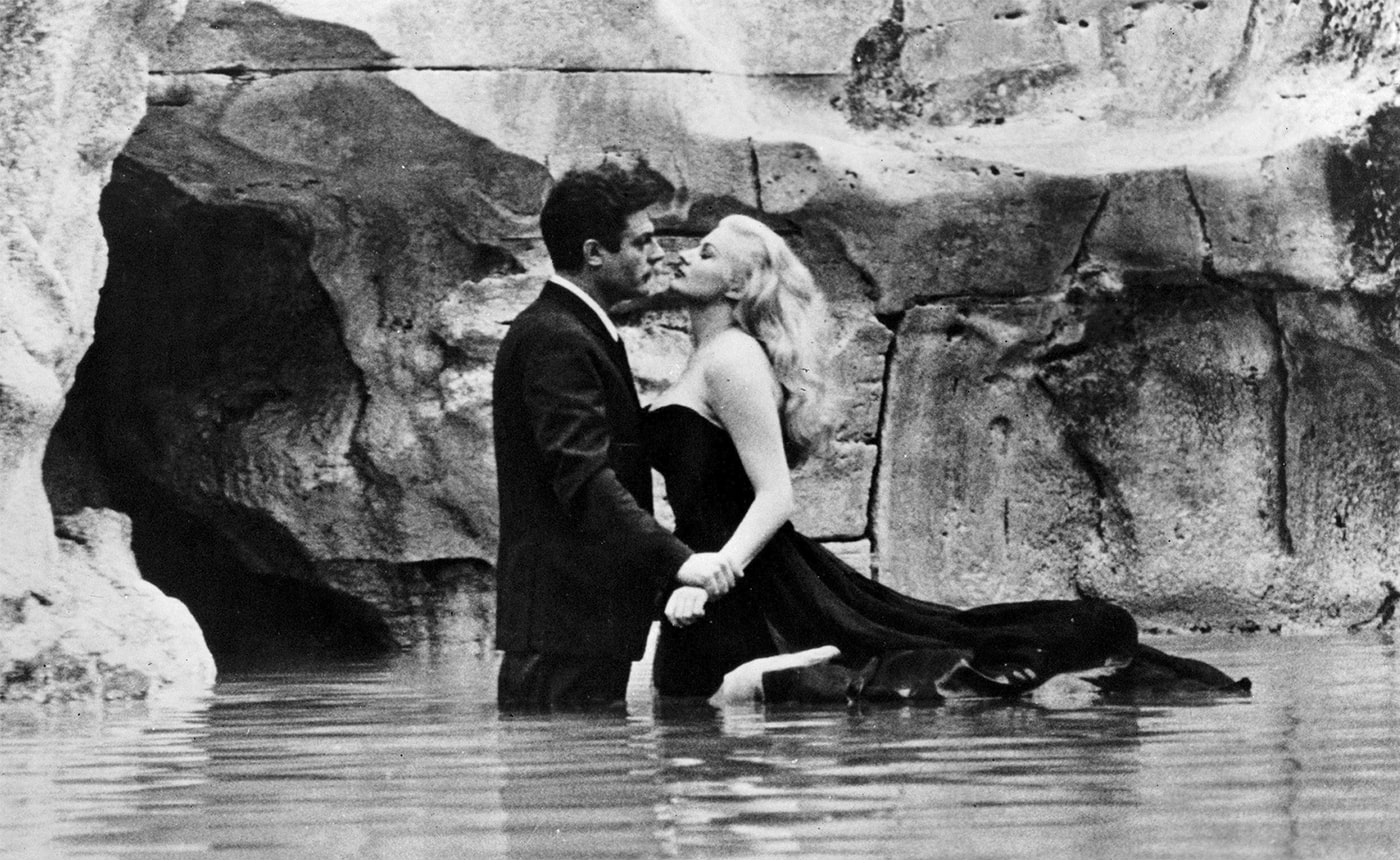 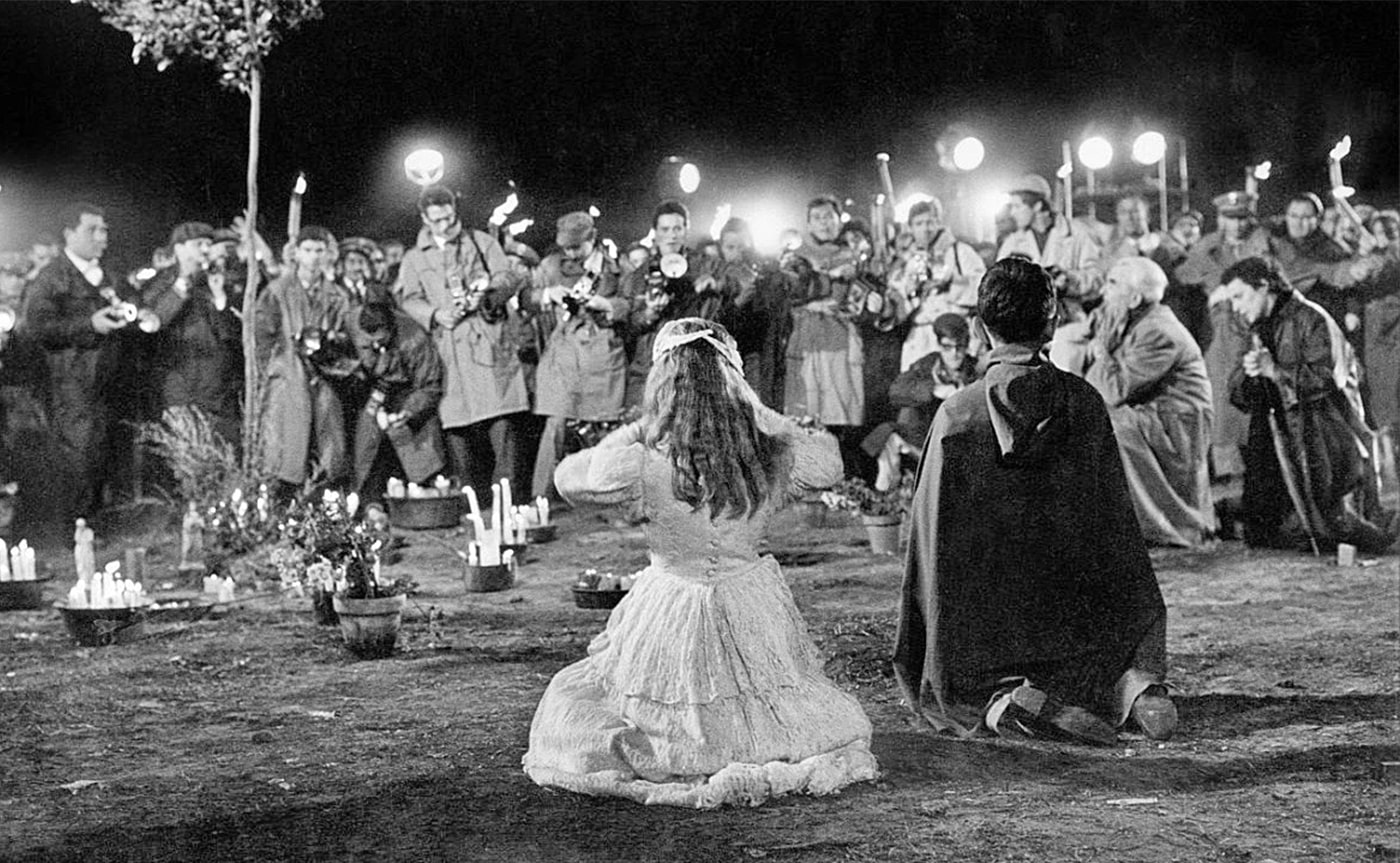 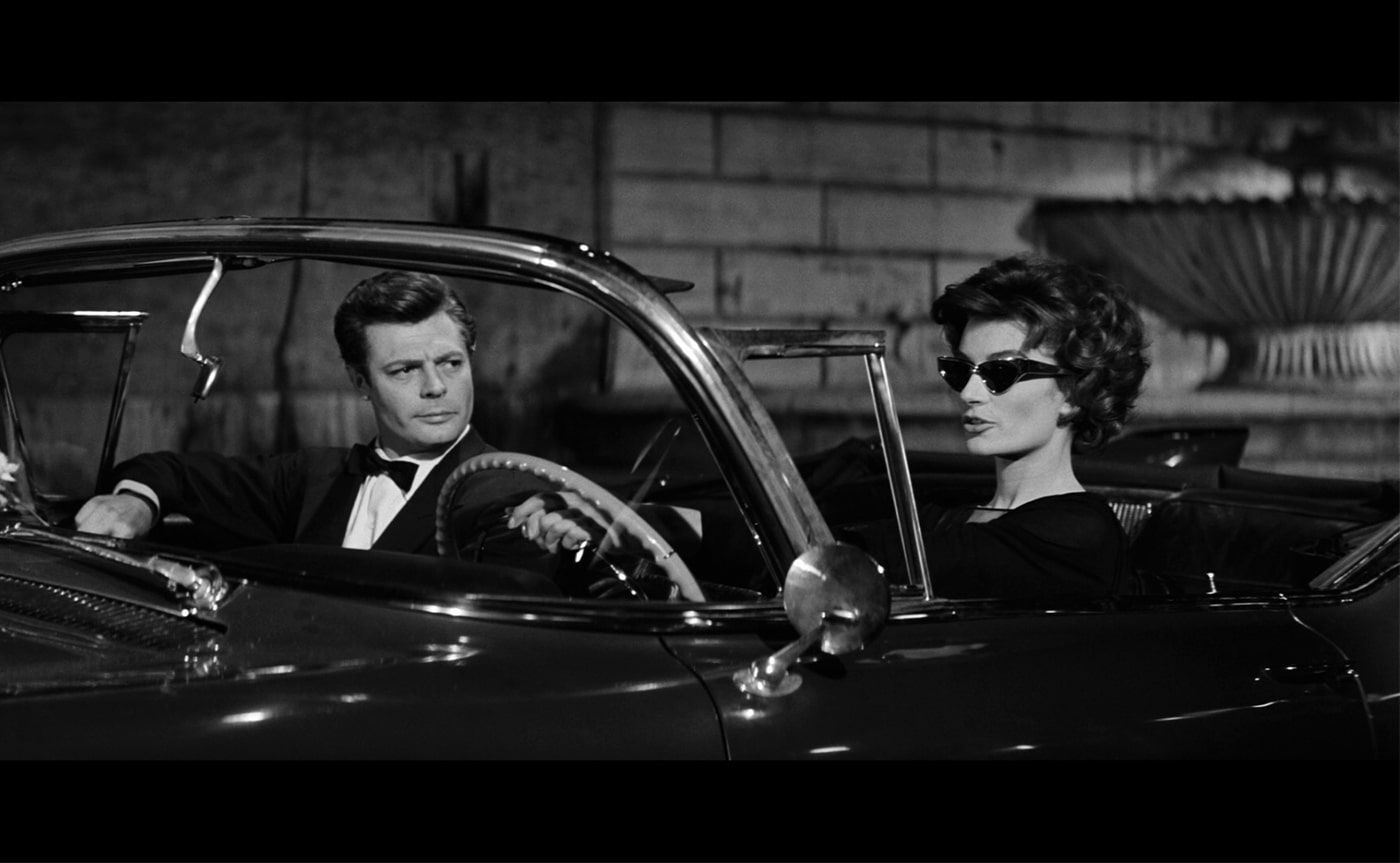 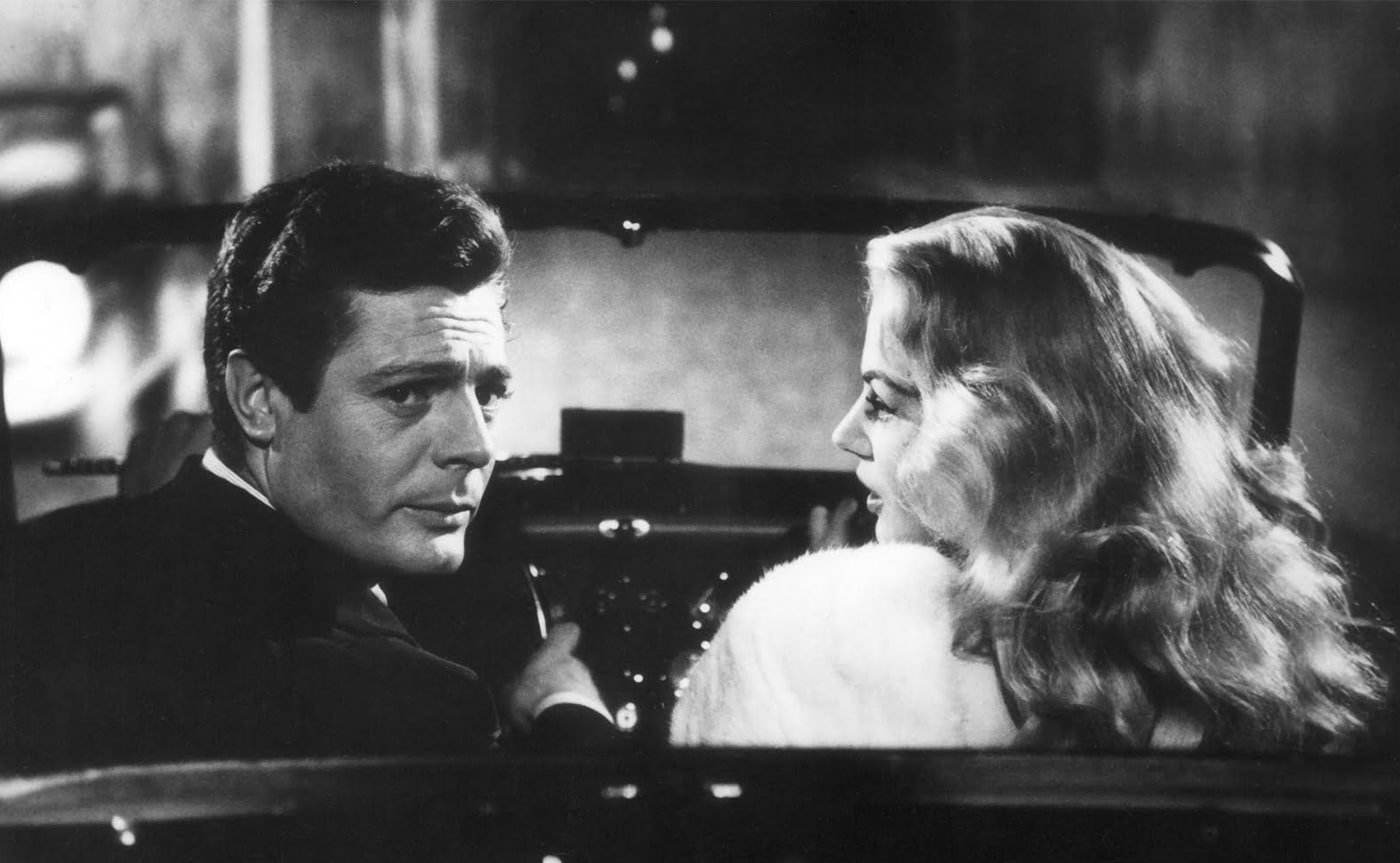 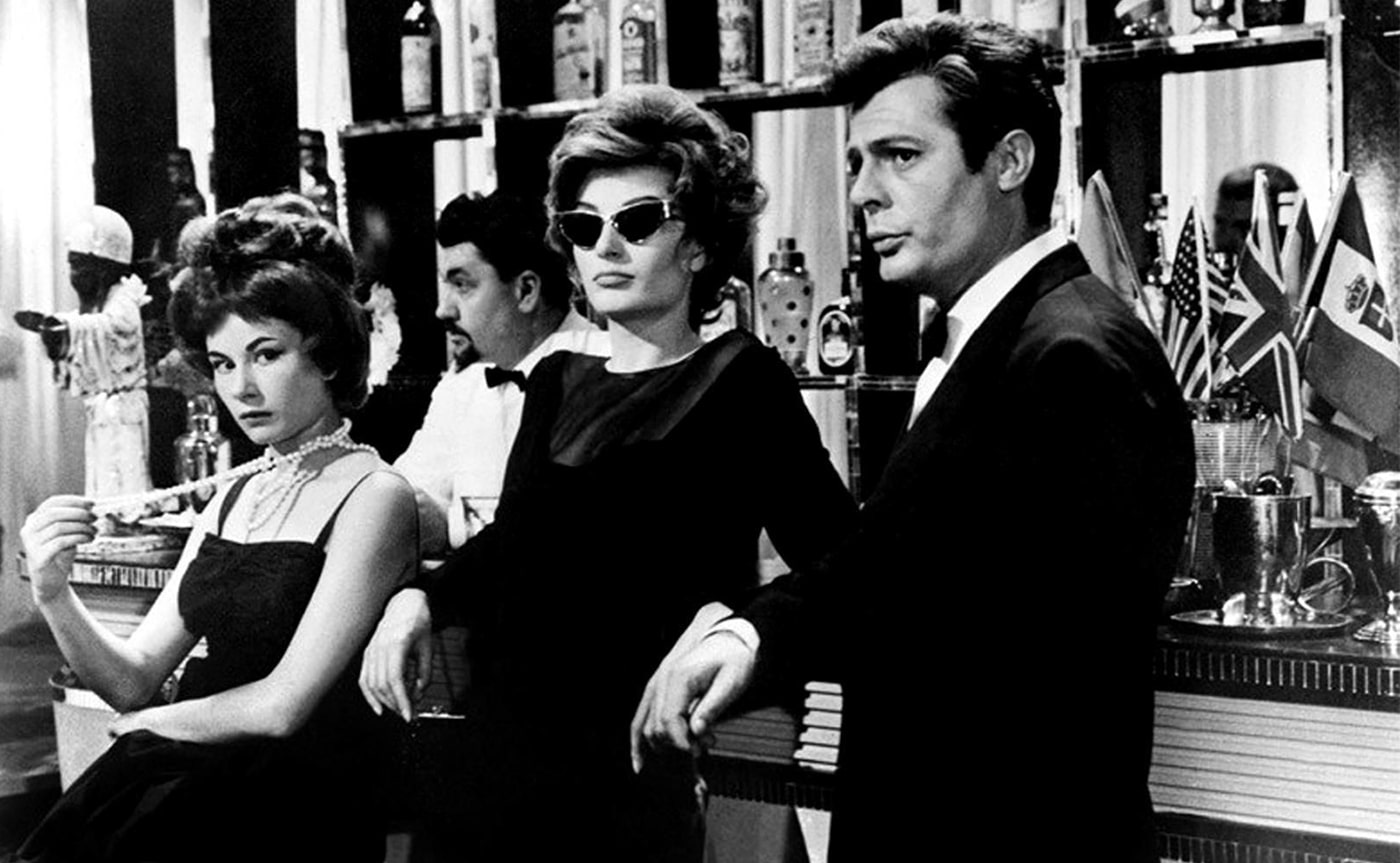 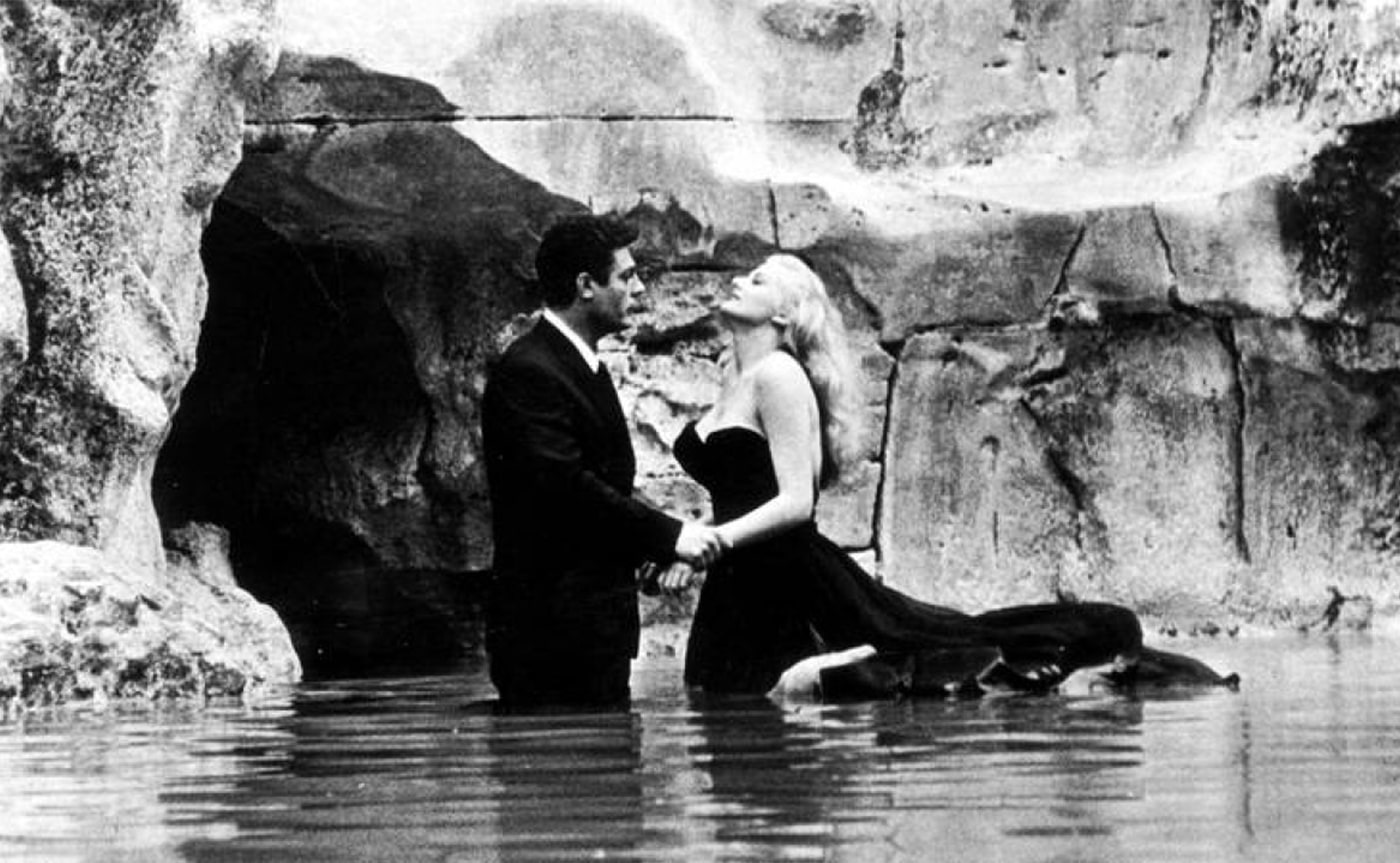 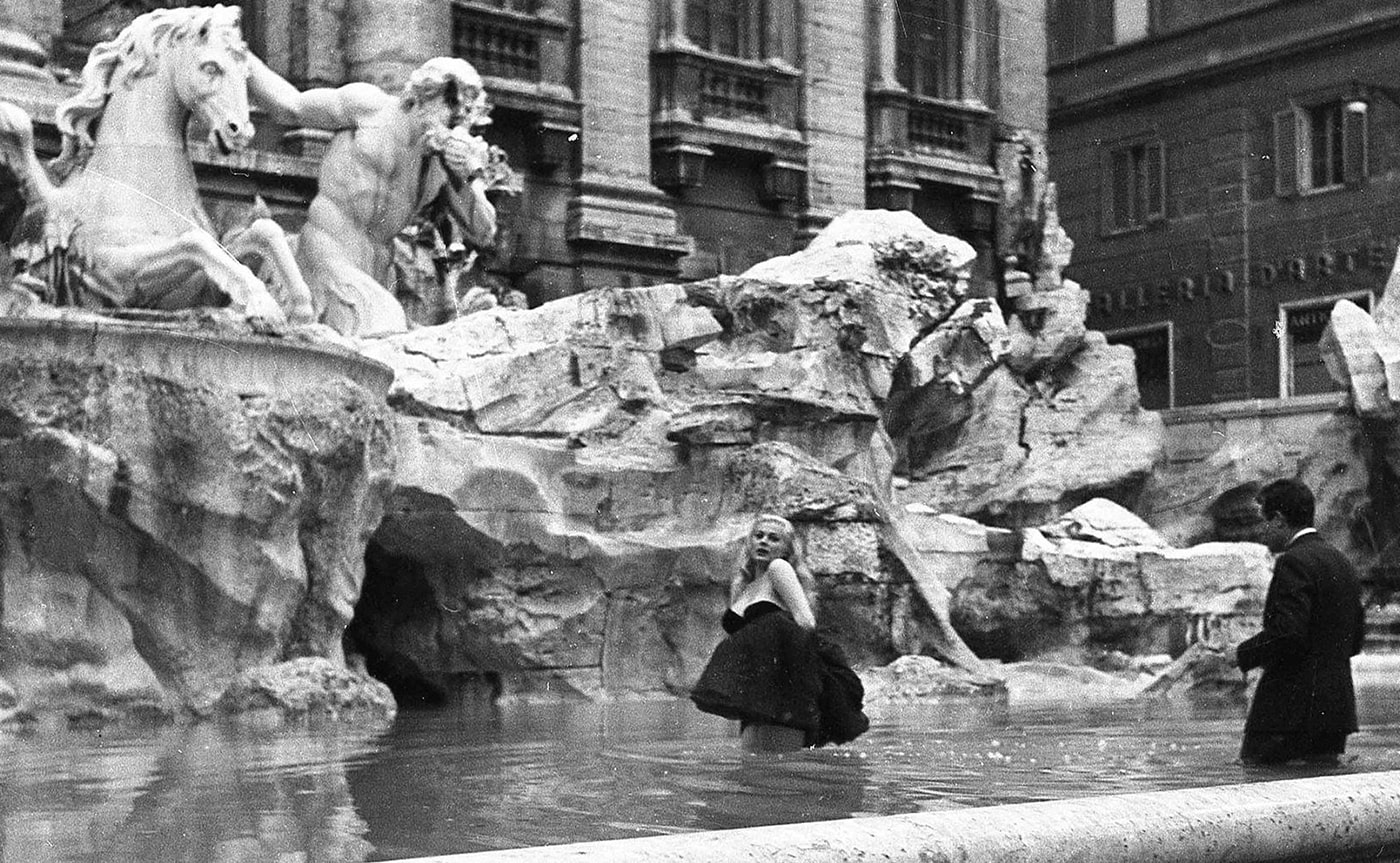 A brand new tour for the hopeless romantics and cinephiles, following the two lovers Marcello (Marcello Mastroianni) and Sylvia (Anita Ekberg) inside the Eternal City: Rome. Some scenes were shot at Cinecittà Studios, including various nightclubs and the ruins of two colossal ancient aqueducts (Parco degli Acquedotti). The tour includes a visit to the Giustiniani-Odescalchi castle of Bassano Romano, where a large sections of the film were shot. Obviously you’ll be able to see the Baroque Trevi’s Fountain, in which the most famous, screenshot moment of the movie was shot: Ekberg is seen to wade into fountain in a ballgown, splashing around as Mastroianni watches in astonishment. He then joins her, and there we have one of the most romantic moments in film history.

Then there will be a visit in Passoscuro, Fregene, situated on the Italian coast, just north of Rome, where Mastroianni waves goodbye and a fish is pulled out of the sea. Another location is the famous café “Harry’s Bar” on Via Veneto, which was the go-to place for celebrities and artists during Fellini’s golden age (frequented by  Audrey Hepburn, Sophia Loren, Marlon Brando and many other actors).

The park of monsters of Bomarzo

The park of monsters of BomarzoIn the middle of the wonderful land of the Etruscans, the Villa of Marvels was built in 1552 by the Orsini family...
Go to the Tour

Malèna Tour"From now on, I'll be at your side. Forever, I promise. Just give me time to grow up." Highlights and what's included Full Day     Sicily...
Go to the Tour

Walking Tour Etna Volcano Etna mountain, source of life and deathHighlights and what's included Half Day     SICILY Etna Volcano   All our tours are...
Go to the Tour

Villa of the Quintilii Tour – Rome     The Life of Emperor Commodo, known as the “Gladiator Emperor” and his Villa. Highlights and what's included 4...
Go to the Tour

A relaxing and unique experience on Albano Lake: kayak tour with food and wine tasting Let yourself be overwhelmed by an exciting experience as...
Go to the Tour