Discover Sicily with us and one of its most fascinating cities: Syracuse 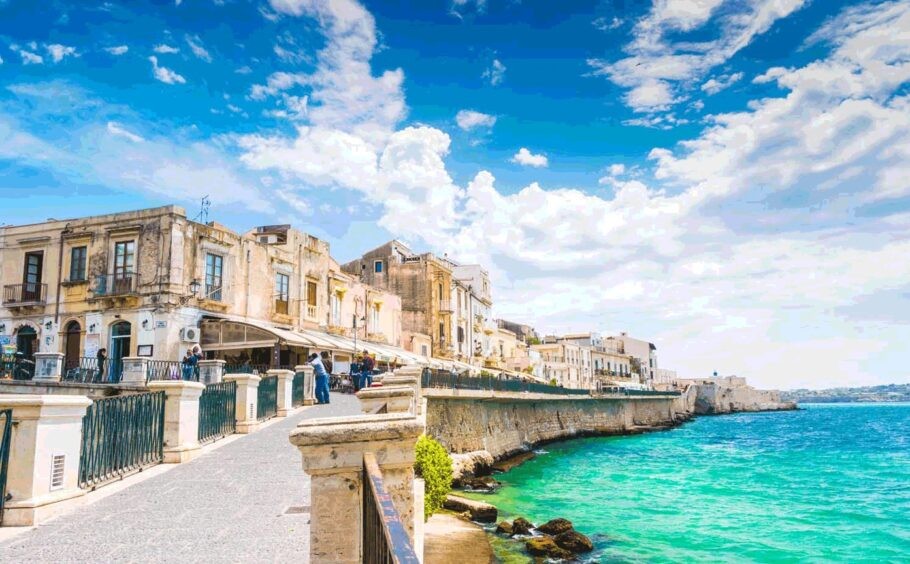 Located on the south-eastern coast of Sicily, Syracuse has a millenary history and was one of the largest metropolis in the ancient world, on a par with Athens. A multicultural city, crossroads of many peoples, from the Romans to the Byzantines, from the Greeks to the Arabs, as well as a meeting place for artists, philosophers and men of science. It was the birthplace of one of the greatest minds in human history, the genius Archimedes. For its extraordinary beauty, the entire city, since 2005, is a UNESCO World Heritage Site.

There are many places to visit and for which to be enraptured. Magical places, rich in art and worthy of being contained in the best photo albums.
One of the most suggestive and idyllic areas of the city is certainly the island of Ortigia, from whose land rises the old town of Syracuse, with its picturesque alleys. Right on the island of Ortigia there are some of the most significant sites in Syracuse.

First of all, what is perhaps the symbol of the city, the cathedral of the Nativity of Mary Most Holy, better known as the cathedral of Syracuse. The exterior is an extraordinary example of Sicilian Baroque, while the interior is a wonderful alternation of styles, from Hellenistic to medieval. What immediately catches the eye is the façade, imposing and architecturally complex, as it is studded with numerous decorations.

In front of the cathedral is the equally fascinating square. For centuries the center of public life in Syracuse, the square is surrounded by beautiful white stone buildings, which reflect the sunlight. It almost seems to have a celestial vision. Among the palaces are worthy of note, the town hall, the archiepiscopal palace and the marvellous church of Santa Lucia alla Badia, patron saint of the city, with its baroque facade, the majestic portal and the wrought iron balcony that runs along the entire facade.

A stone’s throw from the cathedral square, there is a place halfway between reality and legend, the enchanting fountain of Aretusa. It springs from a spring of fresh water and springs a few meters from the sea, on the island of Ortigia. It forms a small semi-circular lake full of fish and where the greenery triumphs and the plants of the only spontaneous papyrinths present in Europe grow luxuriantly. It owes its fame to the Greek myth of Arethusa and Alfeo.

Also near the cathedral square, it is possible to visit the regional museum of “Palazzo Bellomo”, with inside the famous painting by Antonello da Messina “The Annunciation”.

Also the new part of Syracuse is no less! In this part, called New Syracuse, there is the archaeological park of Neapolis where are preserved the most important monuments of Greek and Roman times such as the Greek theatre and the Roman amphitheater.

Another suggestive place of New Syracuse is surely the Latomia dei Cappucini, a stone quarry of Greek times. Owned by the order of the Capuchins, it has been transformed into a luxuriant botanical garden with a small theatre inside for summer performances.

In addition to the architectural beauties, there is no lack of beautiful beaches, among the best on the island!!

In conclusion, Syracuse is the perfect destination for lovers of beach holidays, but also for those who love history, art and culture. A journey that will remain in your memories and in your heart.

Contact us to plan your tailor-made holiday in one of the best places in Italy.