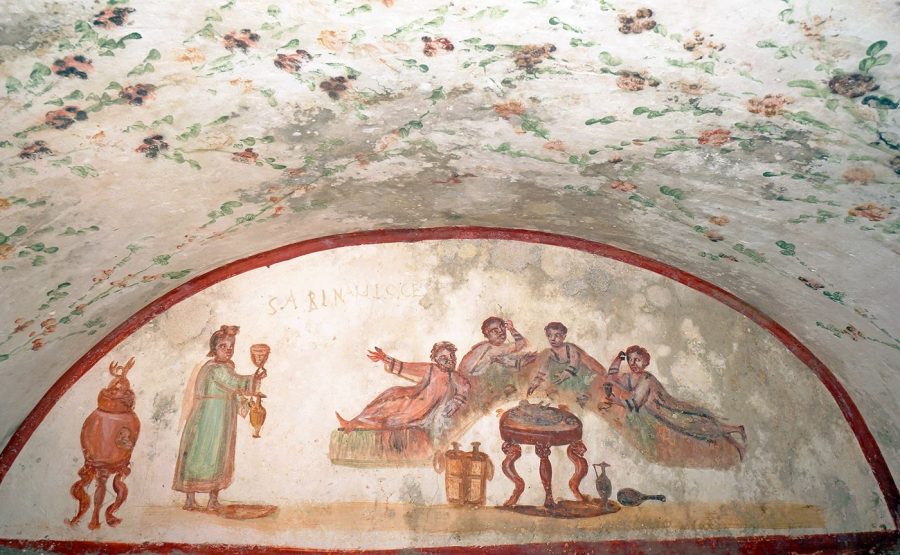 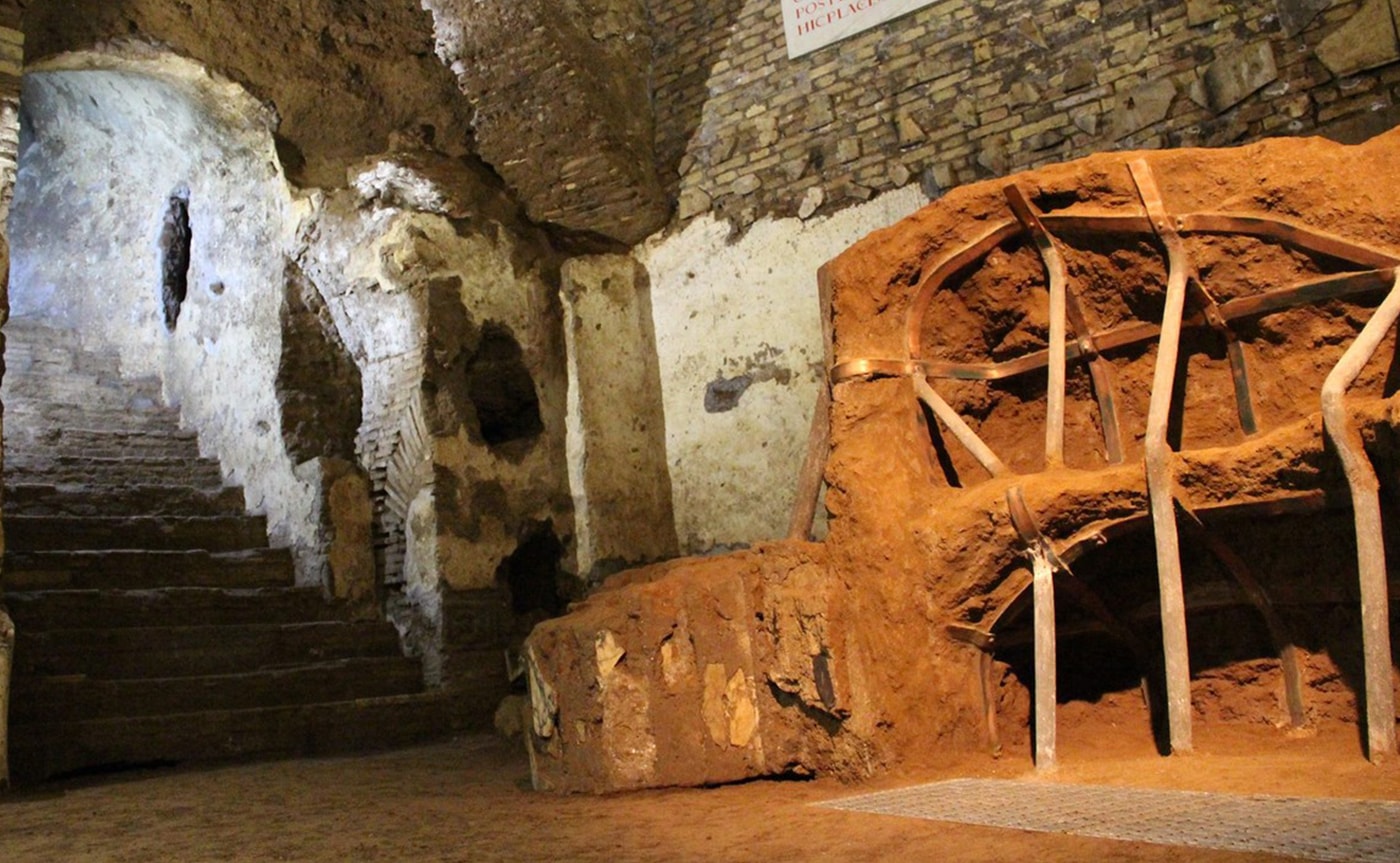 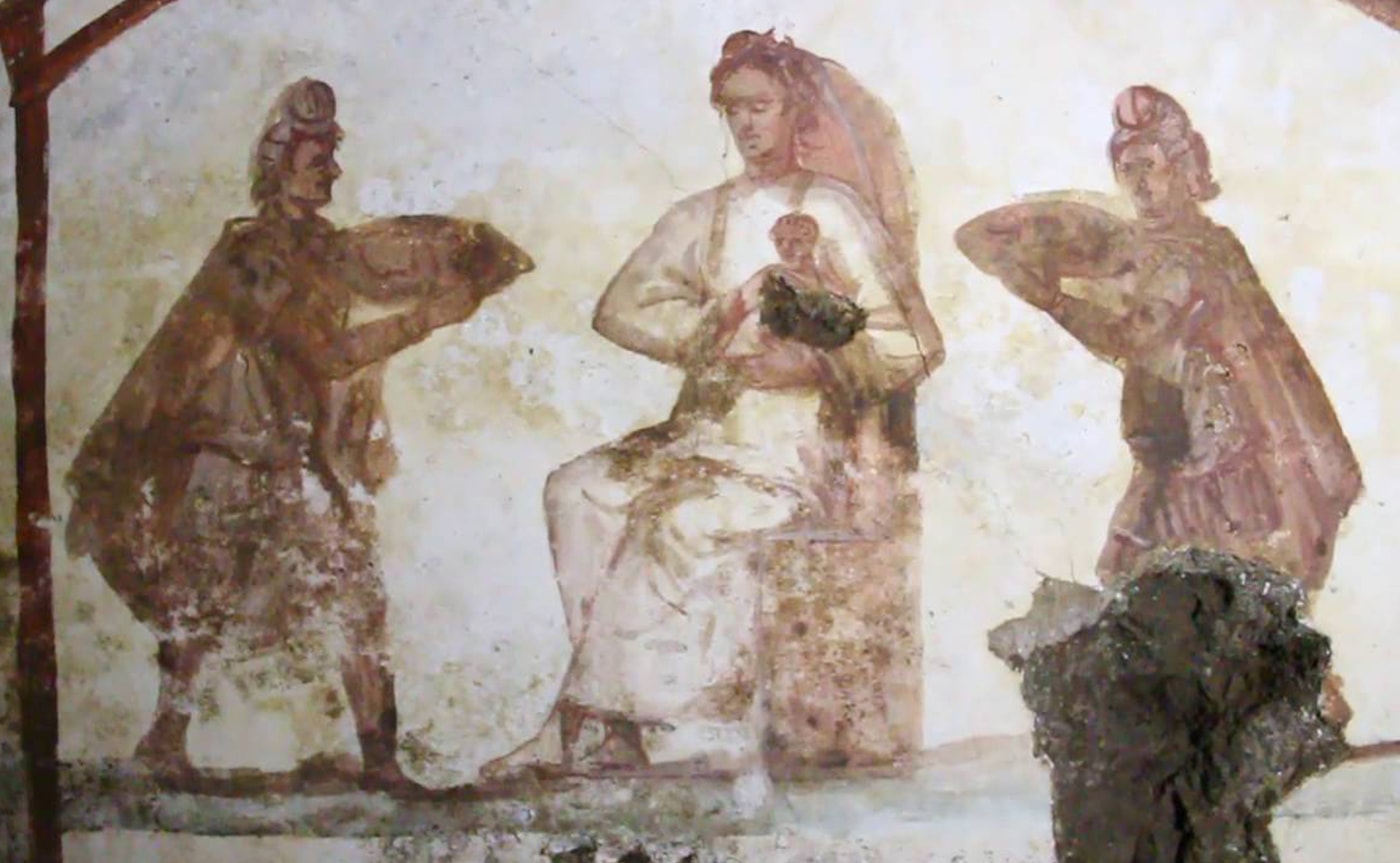 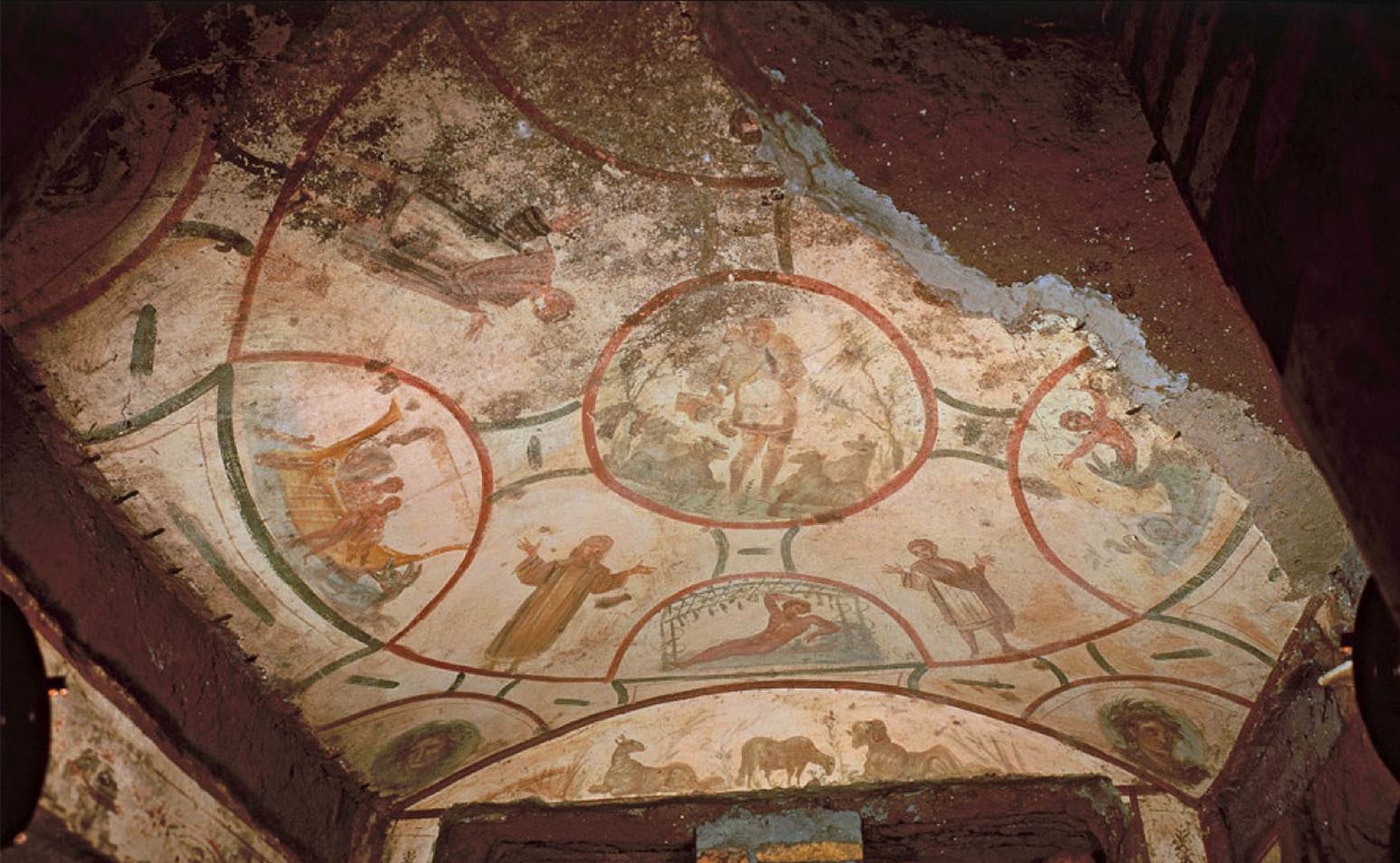 Catacombs of Saint Peter and Saint Marcellinus martyrs in Rome are an half day guided tour.

Catacombs of saint Peter and saint Marcellinus was excavated between the 3rd and 5th centuries AD, “the Catacombs of SS. Marcellin and Peter” hosted very rich Christians who left wonderful frescoes for posterity, today restored to their original splendor through the laser technique. ...

With its 18 thousand square meters and its 16 meters deep, “Catacombs of saint Peter and saint Marcellinus” represent an authentic treasure of underground Christian Rome.

The “Catacombs of saint Peter and saint Marcellinus” were born approximately between 100 and 200 AD. Access to the underground cemetery is located at “the church of Santi Marcellino e Pietro ad Duas Lauros”, which, together with “the mausoleum of Elena”, to a basilica, now underground, and to the remains of a cemetery of the “Equites singulares Augusti”, it forms a complex called “Ad duas lauros “(“to the two laurels”), probably due to the presence of two laurel trees found in this site.

A Roman patron, “Lucilla”, brought the bodies of the “two martyrs saint Peter and Saint Marcellinus” on Via Casilina, near the area of “Duas Lauros”, in the existing Christian cemetery that was so dedicated to their memory and that became a site of pilgrimage for many Pilgrims from all over the world.

It is estimated that, in the third century alone, “the Cemetery” housed more than 15,000 underground burials to which a few thousand on the surface must be added.

In 2006, thanks to a fortuitous discovery, new unexplored environments came to light, some containing frescoes, and a mass grave with over 1,200 bodies of people, apparently of rank, whose death appears almost simultaneous (testified for example by the use of the same ceremonial incense for many of the bodies, including “sandracca, frankincense and amber”) and dating back to the second half of the II-beginning of the III century, perhaps during a plague epidemic (probably the so-called “Antonine plague”). It has been hypothesized that these bodies, placed in these underground rooms prior to the time of the Christian burials, belonged to families of “the Equites singulars”.

Currently, the relics are in Seligenstadt, Germany. The great devotion of the worshipers is documented by numerous graffiti that can be seen in the little apse and in the tunnels leading to the tombs of the martyrs; there are invocations in Latin, but also in Runic, reflecting the fact that is been also place of worship also for” Celts and Germans”.

The access to the catacombs is from the courtyard of the basilica. The tomb of the two saints initially were two simple burial niches, then enriched by monumental marble decorations by “Pope Damasus”. These catacombs, decorated with biblical scenes, are among the largest of those present in Rome.

Did you know that the largest of Rome’s catacombs are those of St. Callisto? They host the tombs of 500,000 people and seven popes!  You can find the Catacombs of St. Callisto tour in the “Private tour section” of our site.

Enjoy our Catacombs of saint Peter and saint Marcellinus.

Visit an underground site in Rome, made by “Maecenas”, a man close to the roman “Emperor Augustus”. Visit the “Auditorium of Mecenate”, an ancient underground “nymphaeum” in Rome.