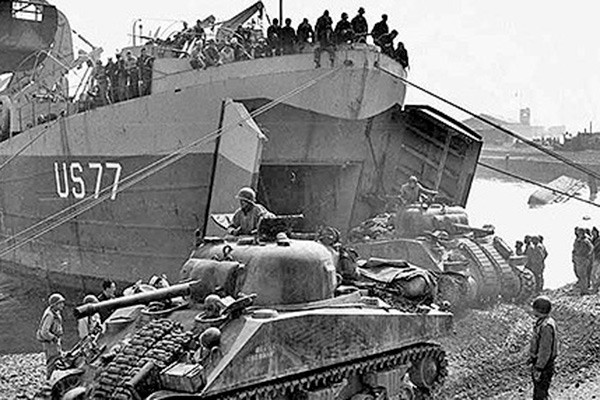 ​Anzio landing tour is an half day guided tour that includes the museum of landing, the cemetery and the most important historical places of the World War II.

Anzio landing historical tour includes a visit to “the Anzio Beach Head Museum” “the Peter Beach” where the Allies troop landed, the monumental “American Cemetery” and the “Commonwealth Cemetery”...

“the Anzio Beach Head Museum” The American Cemetery of Neptune or American Cemetery and Memorial, is a war cemetery that collects the remains of “US soldiers” who died during the Italian campaign of “World War II”. The area of the cemetery covers a “size of 311.542 square meters”. At the entrance there is a “small lake island with cypresses”. Immediately behind, there is a large avenue bordered by “7,861 white tombstones ,corresponding to all the deceased Americans including Red Cross women in different contexts in “the Shingle operation”; in that which materialized with “the landing in Sicily” which began on 10 July 1943; in “the landing in Salerno” which took place in the area of ​​the city of Campania on 9 September 1943. At the bottom there is a “large memorial, consisting of a chapel, a peristyle and a room with maps illustrating the operations”. In a prominent position in the peristyle, stands the monument to the “Brothers in Arms“, a sculpture that symbolizes “the American soldier and sailor”, side by side, each with one arm around the other’s shoulders. In the white marble walls of the chapel, there are the names of the 3,095 missing.The remains of those who could not be identified are collected in 490 tombs.

The small city of “Anzio” is internationally known for being the scene of one of the most famous actions of the Second World War, “the landing” that she takes its name from. On January 22, 1944 the Allied armies began to land in a wide coastal strip that ranged from “Tor San Lorenzo”, now a fraction of “Ardea,” to “Torre Astura”, in the municipal territory of “Neptune”. Anzio however represented the pivot of the whole operation, and it was also the inhabited center which suffered more damage. In addition to civilian casualties, much of the city’s building heritage was destroyed or semi-destroyed.

“The landing” lasted even in the following days and ended only on January 31, when the last “Anglo-American units” landed. In total, over a “hundred thousand” men landed with a large amount of war material. “The Germans”, caught by surprise, began to react energetically only three days after the start of the action, when a solid bridgehead around “Anzio” and neighboring areas had already been established.

However, the goal of a rapid conquest of the capital, which had pushed the allies to design “the landing”, was not achieved. “Rome”, located only fifty kilometers away, was in fact freed only four months and a half later, on June 4, 1944.

If you visit “Anzio”, a whole day should be also dedicated to “Montecassino!” The Battle of “Montecassino” is one of the most important during “World War II” fought by the Allies with the intention of breaking through the Germany fortifications and seizing Rome. Our tour of “Montecassino” is available in the “Private Tours” section.

Visit the “Trajan’s Markets” and see an important place of life in Ancient Rome.