The Nativity Scenes of Via Emilia.

The “via Emilia” crosses almost all of Emilia-Romagna, from Piacenza to Rimini and during the Christmas period becomes full of nativity scenes of all kinds. 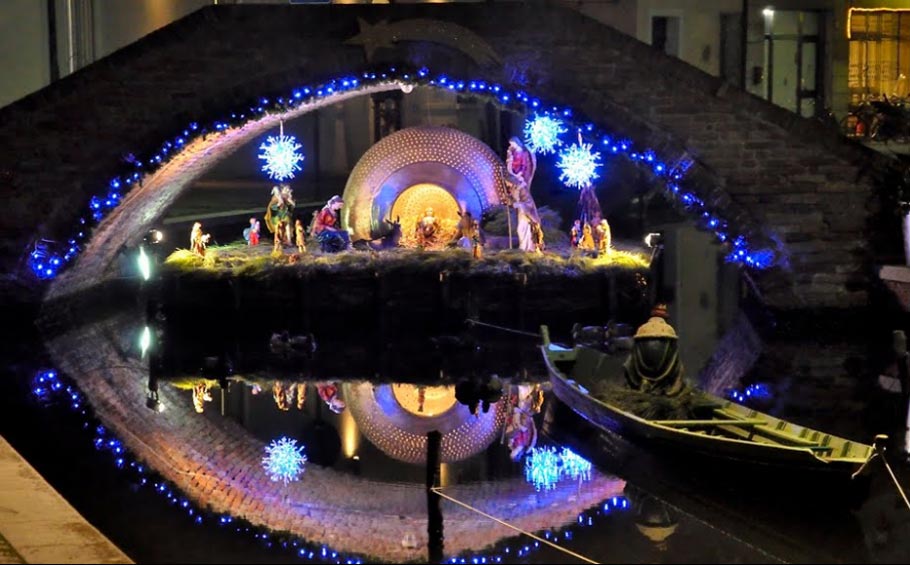 Living, mechanical, on water, they are set up in farmyards or along country roads.

The “via Emilia” start from Piacenza and crosses all Emilia-Romagna, it includes Parma, Reggio Emilia, Modena, Bologna to end up in Rimini. An ancient Roman road built about 2,200 years ago by the consul Marcus Aemilius Lepidus, (probably on an already existing route), during his first consulate, to connect Rimini with Piacenza, for a 262 km and today it is absolutely accessible to everyone. This at Christmas time becomes magical.

In Emilia-Romagna the tradition of “Nativity Scenes” is very strong and with the arrival of the Feast of the Immaculate Conception, 8th December, in all places of worship, outdoors and in private homes are created beautiful Nativity scenes.

In every city there is a different nativity scene: Living, mechanical, on water, they are set up in farmyards or along country roads, so it is the right period to organize an accessible tour in Emilia-Romagna. Below are some of the most beautiful:

Proceeding towards Parma we will meet “Bazzano Parmense”, a small accessible village that every year becomes “the village of nativity scenes”, because it contains around 250 nativities, in every corner of streets, buildings, storefronts, gardens, windows, terraces and unexpected places. All is accessible!

Near Modena we will have “Fiumalbo”, a small accessible village that involves all its inhabitants in a magic living nativity scene, about 250 figures of all ages engaged in various jobs.  Visitors are impressed by the atmosphere of the scenes along the alleys, the tastings and the mulled wine. The area of living nativity is accessible

In Bologna the most unexpected: in Via Azzurra a private accessible garden where the owner sets up a large mechanical nativity scene every year with hundreds of figures.

And finally, the romantic accessible Comacchio the little Venice on the water canals, where in this period you can wander among the Nativity Scenes on the water on the canals. These are set up on boats moored under the most beautiful bridges of Comacchio but also others can be visited in all the accessible churches in the area.

Continuing the tour towards Ravenna tourists will have the possibility to reach Cervia. Here the MUSA – the Salt accessible Museum hosts the Salt Nativity, a jewel kept in a glass case, delicate sculptures made with a very special technique, through the “guided” crystallization of the salt.

Along this accessible road you will find many others, each with a particularity until you get to Rimini where the Via Emilia finish and where you can admire the Sand Nativity scene, realized on the free beach of Piazzale Boscovich in Marina Centro by an international team of sand artists with life-size sculptural groups.

Christmas is near! What are you waiting for? Book your Christmas accessible holiday in Italy and don’t miss the Via Emilia with his Nativity scenes.