The accessible trip to Italy of our Friend Bill:

The amazing accessible holiday in Italy of our Friend Bill with his family.

He travel in wheelchair through Italy for 11 days. 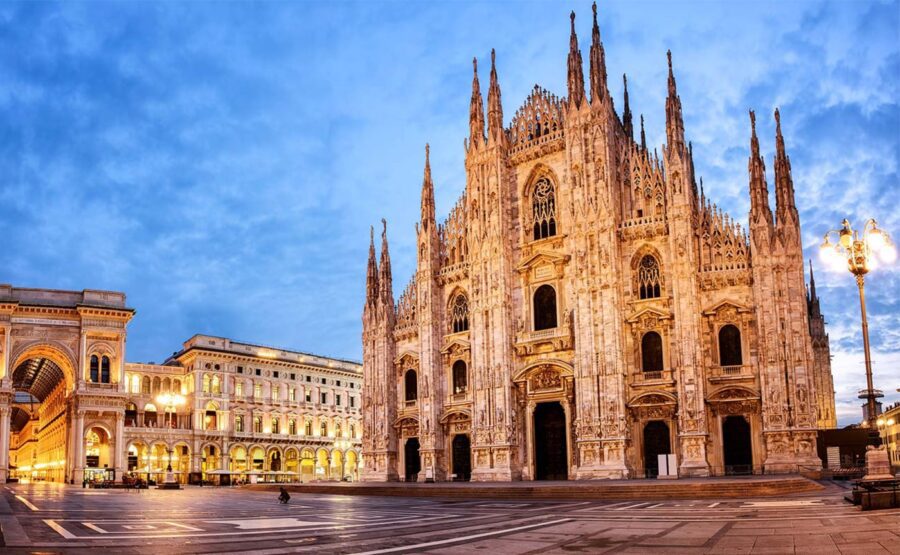 CHAPTER 2: Landing in Milan and our first real Italian pizza!

I was so excited I could barely sleep! It always happens to me the night before an accessible trip departure. We flew from Los Angeles to Milan, Italy, by Alitalia, the official Italian company (https://www.alitalia.com/), in business class. Great service and special Italian touch from the first second: we’ve been served with Italian Spritz, a la carte menu including lasagna, and espresso. Delicious! During the flight I’ve watched a movie and relaxed… our trip to Italy was already started!

We landed in Milan Malpensa airport at 11am Italian time, still deep during the night for us, and I discovered for the first time that following Stefano’s advices – the owner of the company romeanditaly group (https://www.romeanditaly.com/accessible/) – was a great idea. I was so asleep that I couldn’t really understand what to do and where to go, but luckily I had booked – thanks to RomeandItaly group – assistance on arrival service. The girl who met us right after the passport control (sorry, don’t remember the name!) was nice and helped with luggage, and finally took us directly outside the airport to meet our driver. The airport was very crowded so I was thankful for not having to worry about where to go!

The driver was fluent in English so was easy to talk! His minivan was equipped with lift so I had no problem to jump on with my wheelchair. It was enough spacious for the whole family and for our luggage. We took 40 minutes driving due to traffic to reach the Hotel – but it was a nice opportunity for my kids to sleep a little bit more – and for me to admire the panorama!

Thanks to RomeandItaly group we had a wide range of hotels to choose from, all the properties in their portfolio have been checked to be guaranteed accessible. You can take a look to their selection here: https://www.romeanditaly.com/accessible/accessible-accommodation-in-italy/

We chose this 5 stars hotel following a suggestion of Stefano, https://www.sinahotels.com/it/h/sina-the-gray-milano/?adblast=7352159962&vbadw=7352159962&gclid=Cj0KCQiA9P__BRC0ARIsAEZ6irgo4XYc8WULxq-0zPiYxwHEnKt7FekZ7juyvBgu7gQ1qhXYvx7fFMQaApw2EALw_wcB Our Hotel was very very close to the Duomo square and the Galleria Vittorio Emanuele. A perfect location to reach every corner of Milan with no effort!

that was the first great suggestion we had!

As it was already lunch time, we’ve decided not to unpack and go outside enjoying our first pizza! A real one!! We found a nice place (even a little bit touristy) facing the Duomo square and there I had my first real pizza margherita (the simple one with tomato, basil and mozzarella)

After lunch we came back into the Hotel, unpacked, took a quick shower and meet with Michele, our private English speaking guide, who took us on a 2 hours walking tour of the highlights of Milan. The guided tour was very interesting to have a first idea of the city, learn more about its art and history and discover its main sightseeing. We actually walked into the shopping district (luckily, Gina left her wallet in the Hotel so she had no chance to spend on the first day!), and then turned into the Duomo square (where we had lunch) and Michele gave us some information. The Duomo is incredibly beautiful! It is the monument symbol of Milan, with its golden Madonnina. It is one of the most famous and complex Gothic constructions of the world. An iconic building of Milan, the entire history of Milan can be learned in the visit. Definitely recommended! Then we walked through the Vittorio Emanuele Gallery directly towards La Scala – the most famous concert hall in town. Michele said that from Giuseppe Verdi to Arturo Toscanini, and many of the finest singers from around the world, have appeared at La Scala during the past 200 years, and still it is considered to be the leading opera and ballet theatres in the world. We didn’t get inside as our tour was brief (and we were tired), but we could anyway have an idea of the magnificent building Teatro La Scala is. We kept walking to the Castello Sforzesco, an amazing castle with gardens! I had no idea it was in Milan! The Sforza Castle, is actually one of the main monuments of Milan, had different embellishments and refurbishments during its history, to become a symbol of of the city up to now. It was also the headquarter of the Sforza family that hosted Leonardo da Vinci for about twenty years.

Here the link where we booked our tour: https://www.romeanditaly.com/accessible/accessible-milan-highlights/

Michele took as back to the Hotel after the tour, and we were too tired to have dinner so… first night we turn in early and with empty stomachs!

I have to say that was easy to stroll around the city by wheelchair: there are some cobblestones somewhere in the historical areas, but all in all I had no difficulties. Michele was very prepared about how to manage a wheelchair and where to go to avoid difficult surfaces or steps, and that was great!

Stay tuned with us, next Monday the next chapter of “The accessible trip to Italy of our Friend Bill” will be released